‘It tested every strength and weakness I had’

Young women today have opportunities like never before, and together we are making strides that will no doubt impact every industry. We have so much to work for, achieve, and look forward to.

In the face of such radical change, it is inspiring to look to women who are pushing their limits in exciting ways. One such woman is my friend, Kristen.

I met Kristen Gates during my first semester at college when we were assigned to live two doors down from each other.  At first, I was slightly intimidated by her perfect Southern California tan and knowledge of all things Notre Dame. But after discovering a mutual love for Grey’s Anatomy and bonding over our favorite characters, I came to know her as a compassionate friend and an inspiring woman who can do anything she sets her mind to.

Originally from Los Angeles, Kristen is now pursuing studies in the School of Architecture, one of Notre Dame’s most challenging academic tracks. As part of the architecture program, she spent this year, her third of five years, studying abroad in Rome. Her creative dedication and remarkable adventurous spirit have also led her to run the original Marathon course in Athens with minimal training and to document the Taj Mahal with a 3D laser scanner as part of her work with the research team DHARMA (Digital Historical Architectural Research and Material Analysis).

From academic exploration to personal growth, each opportunity for travel and learning has inspired and shaped Kristen’s character and goals for the future. But with so much to be proud of, I always wondered which moment stands out the most in her mind. Which adventure is most meaningful?

Hiking up Mt. Kilimanjaro, it turns out, is what she considers her greatest achievement. This past winter break, Kristen and a few of her extended family members journeyed to Tanzania to take on the highest peak in Africa, one of the Seven Summits.

Kristen is no stranger to physical challenges or explorations with nature, so when her Uncle proposed the trip – knowing she was already abroad, and the closest in the family to Africa at the time –  she jumped at the chance, not pausing to think about how difficult the training would be. It was not, she admits, something she thought about for very long at all.

She said: “Deciding to climb the mountain was a deliberate decision to do something wildly challenging and intense only for me and the few people on my expedition to share in. Had I taken into consideration at all what the trip entailed, I might’ve been more hesitant. But it was probably best I knew as little as I did. It was one of the best decisions I’ve ever made.”

But before arriving at their final destination in Africa, Kristen and her family stopped in Switzerland to train by climbing some smaller mountains in the Alps. Those few days were definitely intense and trying, but nothing in comparison to Mt. Kilimanjaro itself.

She added of the final experience: “It tested every strength and weakness I had along with those of some of the people I love most. And, together, we finished.” 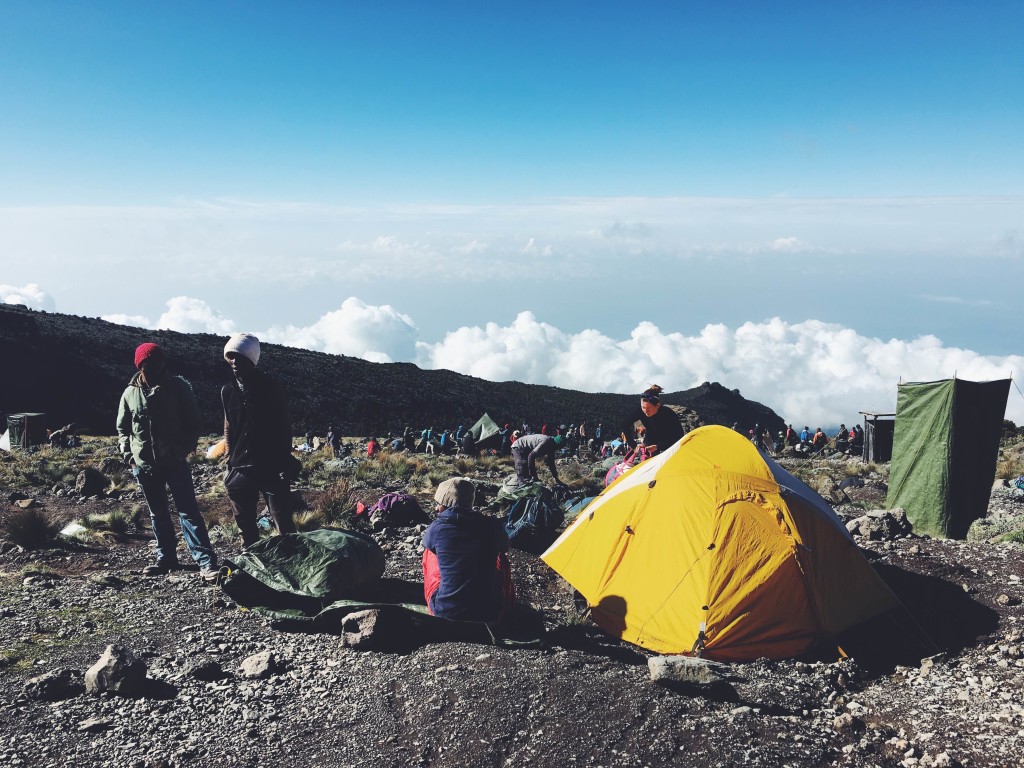 Camping along the way

Physically, her greatest obstacle was an unfortunate case of altitude sickness. “The higher we ascended, the more nauseous I got. It also increased during the day. I usually could eat something at breakfast, but little at lunch, and nothing at dinner.”

The emotional stress caused by such frustrations added to the struggle, and caused her to doubt if she would manage to reach the top. Kristen said: “My body was weak from eating so little. I was choking back tears and was short-tempered with my best friend. There I was, a self-proclaimed independent and fearless woman who might as well have been knocked on her ass. I was depending entirely on a porter’s assistance and a tiny headlamp.”

But with the support of the team – both her family members and the expedition leaders – she successfully summited the mountain.

Climbing over 19,000 feet in such a physically, emotionally, and mentally challenging environment did reinforce the value and importance of teamwork even in achieving a personal goal.

Kristen said: “I let go of the impossible standard I held myself to my whole life that I didn’t need help. It’s good for your pride to realize you can’t do everything independently. Oddly, I felt more enough than I ever have by depending on my team and being depended on just as much in return.”

Reflecting on her enormous accomplishment, Kristen emphasized there is no single way to prepare for such a rigorous situation. “Physically, you can train, of course. Emotionally, you can hope you’ll pull yourself together. Mentally, you can try not to think about how hard Summit Night is going to be.

“But it’s nothing like the real deal. In a climate that challenging, you doubt every strength you thought you had.” 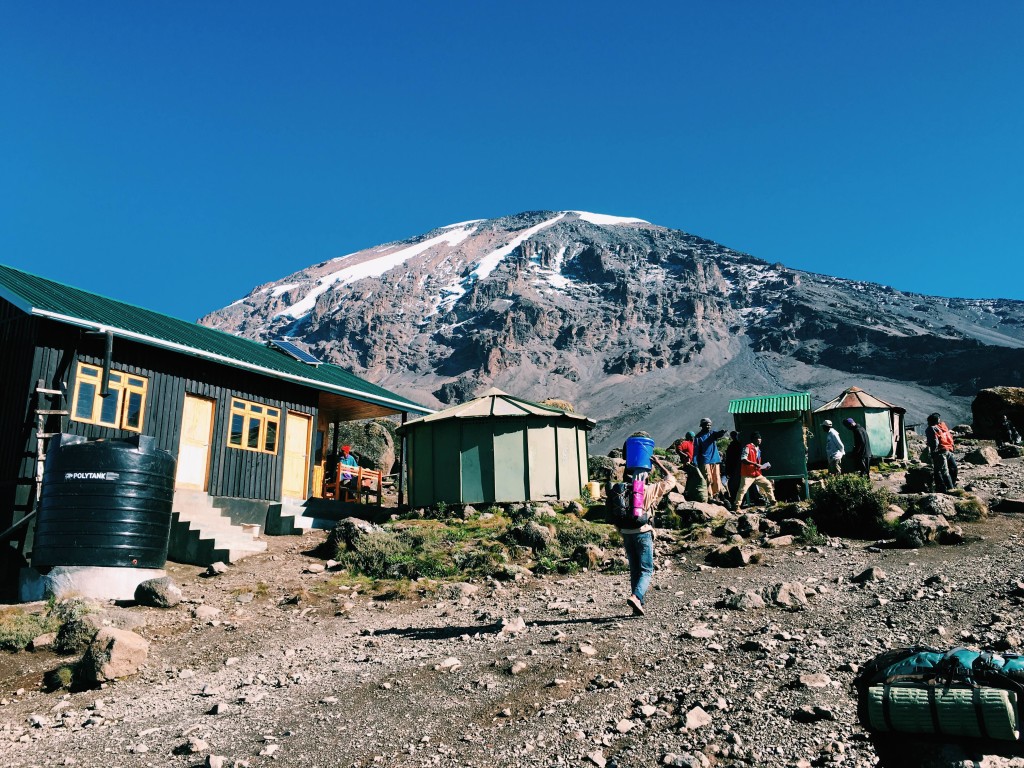 But perhaps when our human abilities are at their most vulnerable, a certain comfort lies in realizing the limits of what we can do on our own. Kristen reflected: “The most important thing is to have faith in something larger than yourself. The whole climb, you’re uncertain you’ll be strong enough to finish. You have to have faith that someone else is watching over you and has a plan for you.”

This relationship between trust and vulnerability is something that has stayed with Kristen in the months after her climb. In fact, she counts “being more able and open to trust” as her biggest source of growth from the experience.

“It’s still something I struggle with, but don’t we all? We’re wired to hide ourselves because nobody wants to be vulnerable. Nobody wants to be taken advantage of. Everyone wants to seem the more disinterested one or the more resilient one.

“I didn’t get past that until Kilimanjaro. I just realized that it was stupid to be scared of something that will happen eventually. I take it day by day. If you make every interaction and exchange intentional, honest and sincere, there’s no going wrong.” 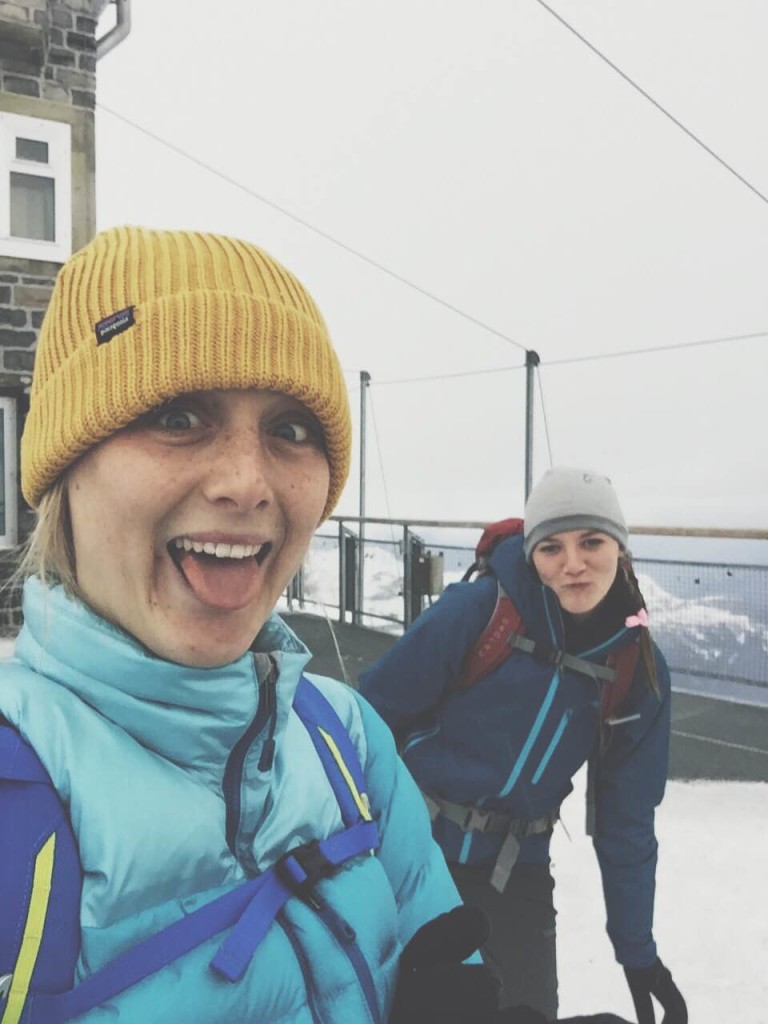 And this new kind of confidence has found its way into academic and professional spheres of life as well.

Kristen said: “After the adventure, I had the courage to start talking to more professors and ordinary people about my journey and theirs. Now, I’ve entered into so many special friendships and mentorships that have helped me redefine the purpose of my life.

“It’s made my career path more clear. I was on the fence with pursuing my architecture major, but now I know it’s the best fit for my gifts and the needs of the world.”

Constantly in motion, Kristen moves from one project to the next, each more impressive than the last. She strives to challenge herself, to overcome fears, and to learn something new from every different experience. Keeping busy is a part of her nature, as a way to fulfill her personal and creative needs, but she also sees it as a way in which she can fulfill a need within the larger community.

Recalling her encounter with extreme poverty in India, she notes: “Higher education is a gift. I know how fortunate I am to have these opportunities. I have a responsibility, consequently, to do a lot with what I have been given.”