The rally was set to begin at 7 PM, and by 6:40 PM the Century Center had already opened up several rooms of overflow seating, rooms of which later Trump would announce proudly that there were over 8,000 people filling. As the beginning of the event drew nearer, an announcement came on stating that there was a “safe protest area outside” and a warning to all: “Do not touch or harm the protesters, instead, hold a rally sign over your head and chant ‘TRUMP!’ ‘TRUMP!’ ‘TRUMP!'” 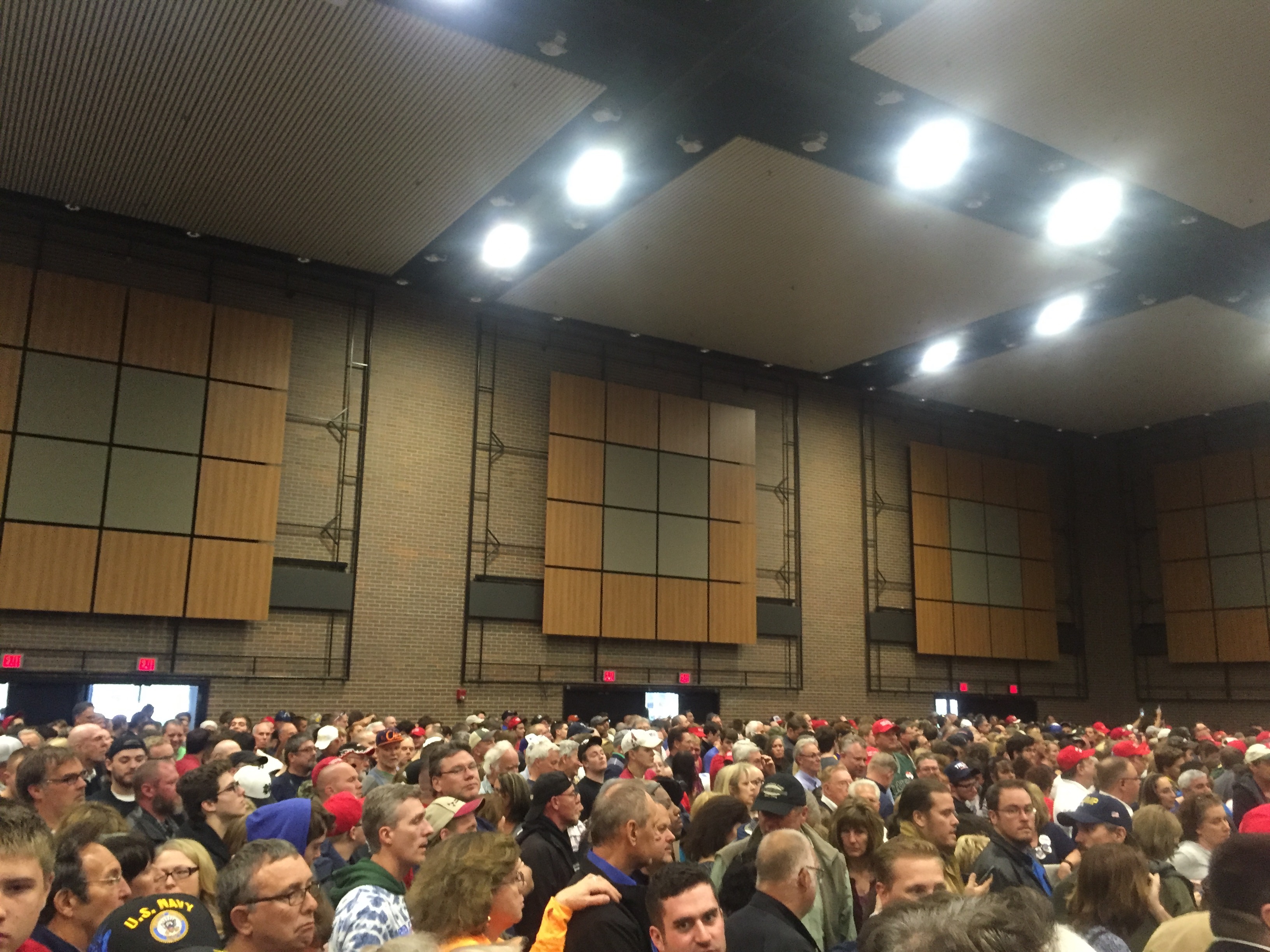 Talking to a few individuals who were at the rally while the crowd waited, I talked to an uncle-nephew duo, Daniel and Scott. 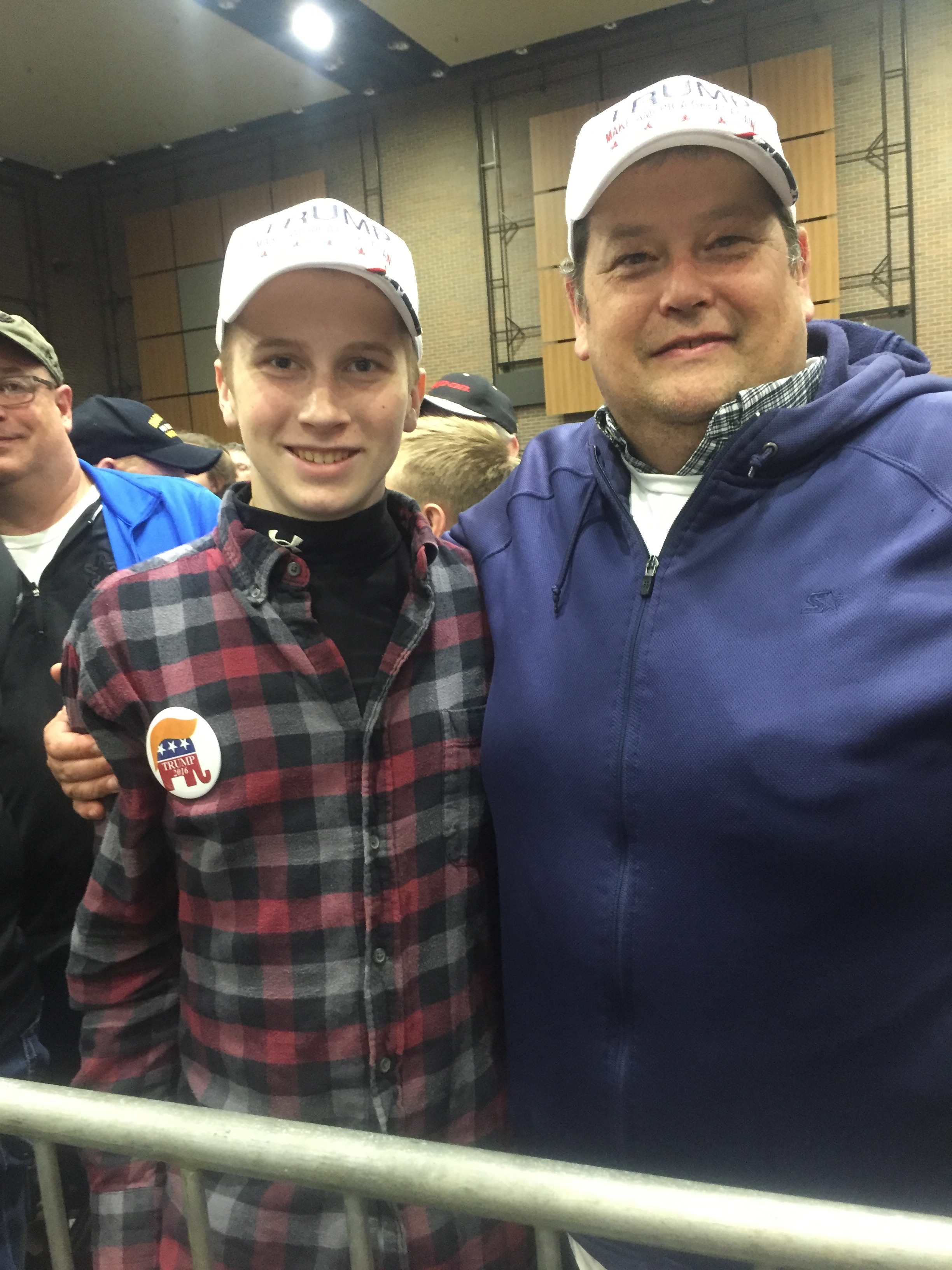 Sporting “TRUMP” hats and a button, the two said they did not wait “longer than 25 minutes to a half hour.” Daniel is a sophomore in high school and said, “I came to support Trump and gain political rally experience.” The two also attended Cruz’s rally days before but “left before it was over.”

Music was playing in the background featuring Elton John and Billy Joel. Possibly selections from Trump’s personal  playlist? Who knows. 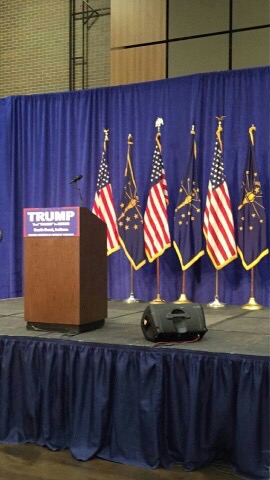 Right before 7 PM, the crowd began the beginning of many, chants of “We want Trump!” A half-hour ticked by until finally someone came out to give a brief introduction for Trump. He mentioned, for the first time that night, “Lying Ted Cruz” to which the crowd responded with incessant boos. The man laid out Trump’s platform on illegal immigration, border security (the infamous wall – “Ten Feet Higher”), and jobs and wages for American’s first.

Finally, forty-five minutes late, Trump came out and gave an hour-long speech that fed off of the crowd and seemed off-the-cuff. 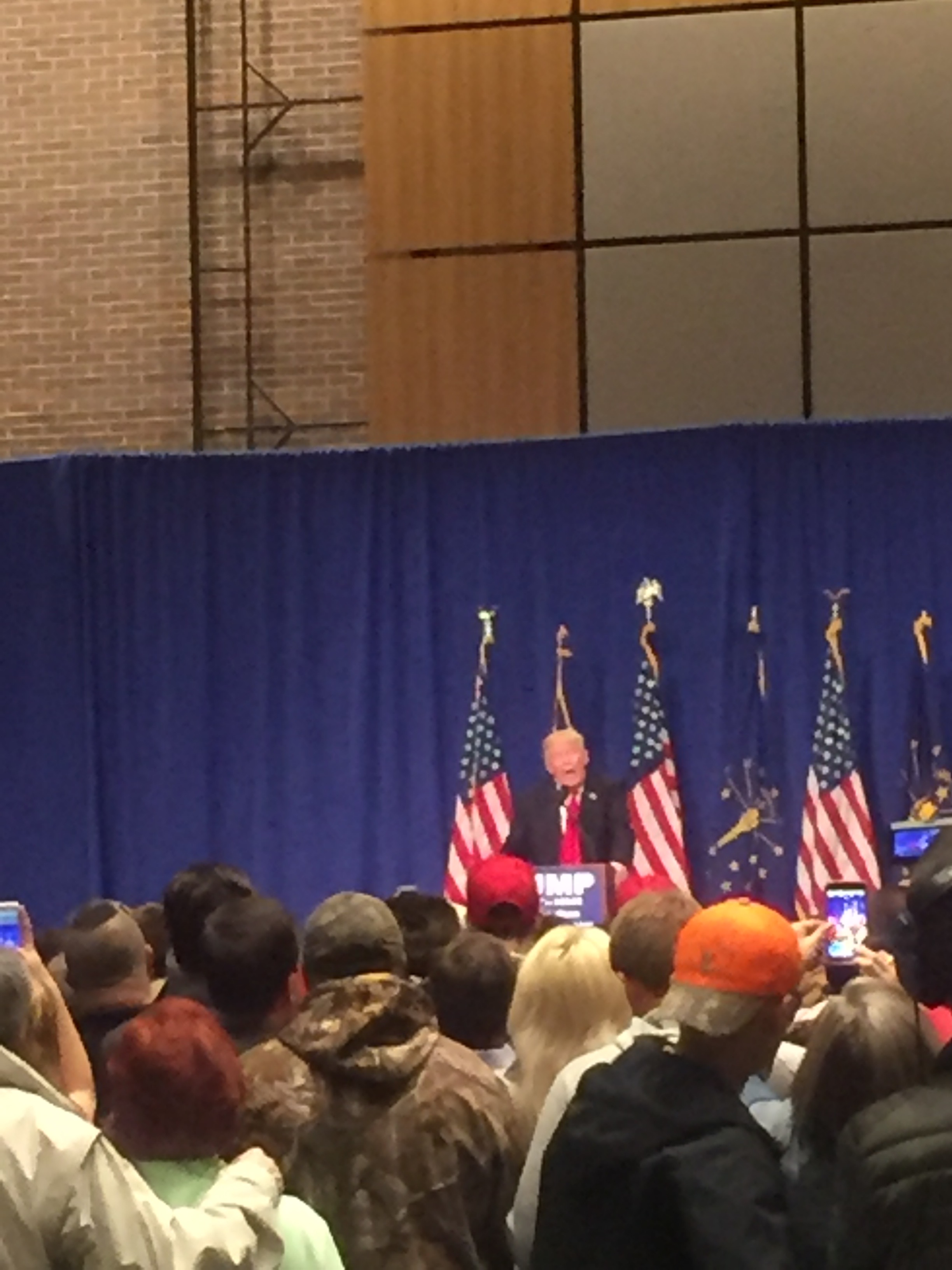 He highlighted his campaign’s platform once again, bolstering his propensity to “win everything by a landslide” and pushing that Indiana needs to help him do the same. There were several main themes, all of which were mentioned numerously:

Trump went on to describe South Bend as “Importantville.” The crowd was very responsive to everything Trump said, and the protests outside proved it. Following the rally, Trump’s supporters went outside and began to yell from across the street at those protesting. People purchased “Make America Great Again” hats and other apparel and then dispersed. 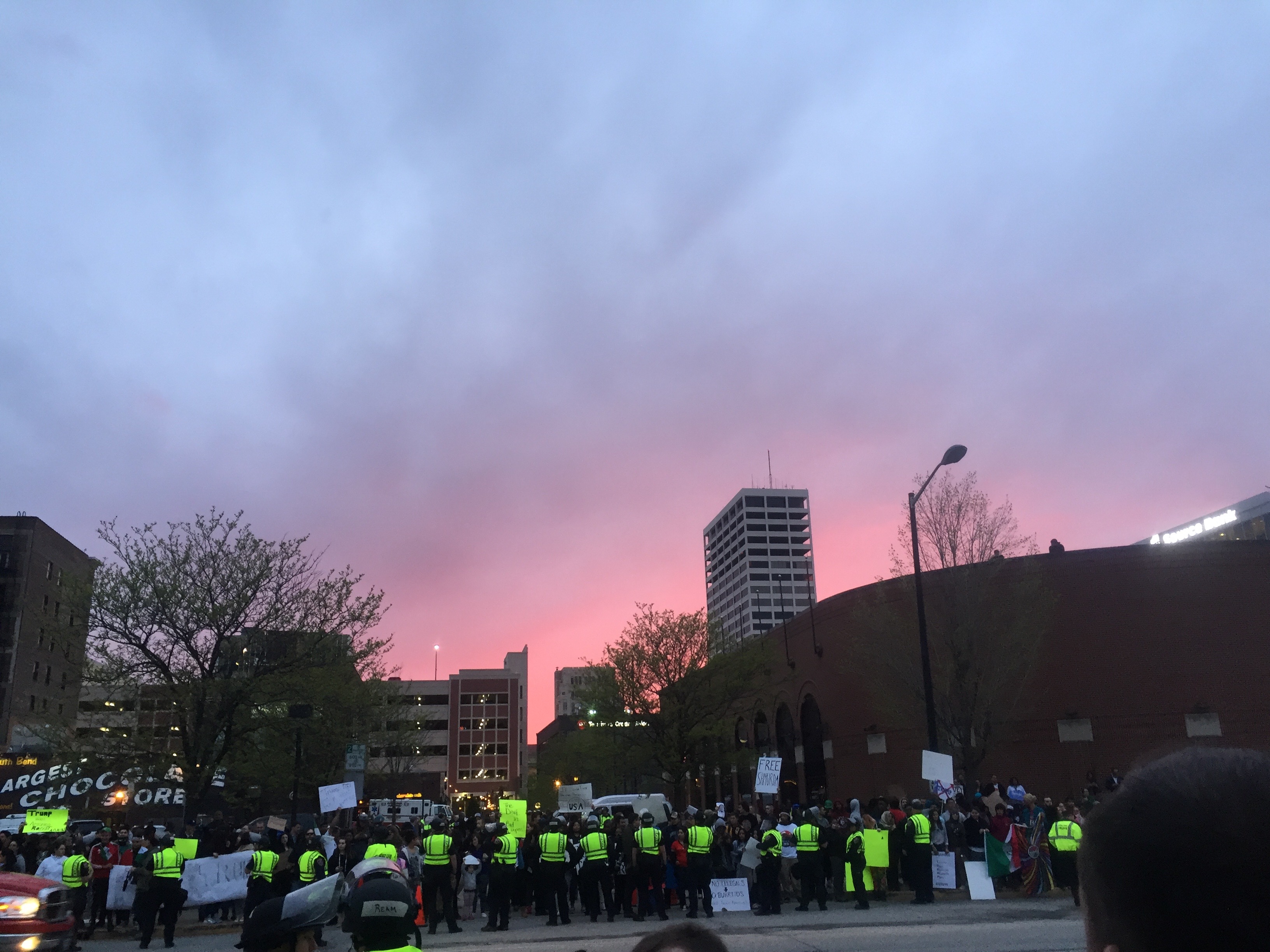 Overall, the rally was exciting, as well as entertaining. Trump certainly has nothing to hide from the media, nor the public and is relatively open about his campaign.

Regardless of whether you support Trump or not, if you are a citizen of Indiana over the age of 18 get out there and exercise your Constitutional privilege to vote – voice your opinion of the 2016 Presidential Election. There are only hours left.