It’s Primary Election Day in Indiana. Today, hundreds of thousands of Hoosiers will perform an act that is at the very heart of what it means to be American; they will exercise our most fundamental civil right and our most important form of democratic participation.

But the fact is that many more Hoosiers will stay home today, as will tens of millions of Americans come November 8. In the last presidential election, 66 million Americans voted for President Obama and 61 million for Governor Romney, but more than 82 million did not vote. So, why do so few of us vote? And why should we care? And what can we do about it?

For a country that prides itself as the model of democracy, our voter turnout rate has been rather anemic for the past century (especially when compared of our democratic peers), dropping to 61.8 percent of voting-eligible population in the last presidential election (2012) and 41.9 percent in the last midterm (2014). Only 72.4 and 64.6 percent of American adults were even registered to vote in these elections. 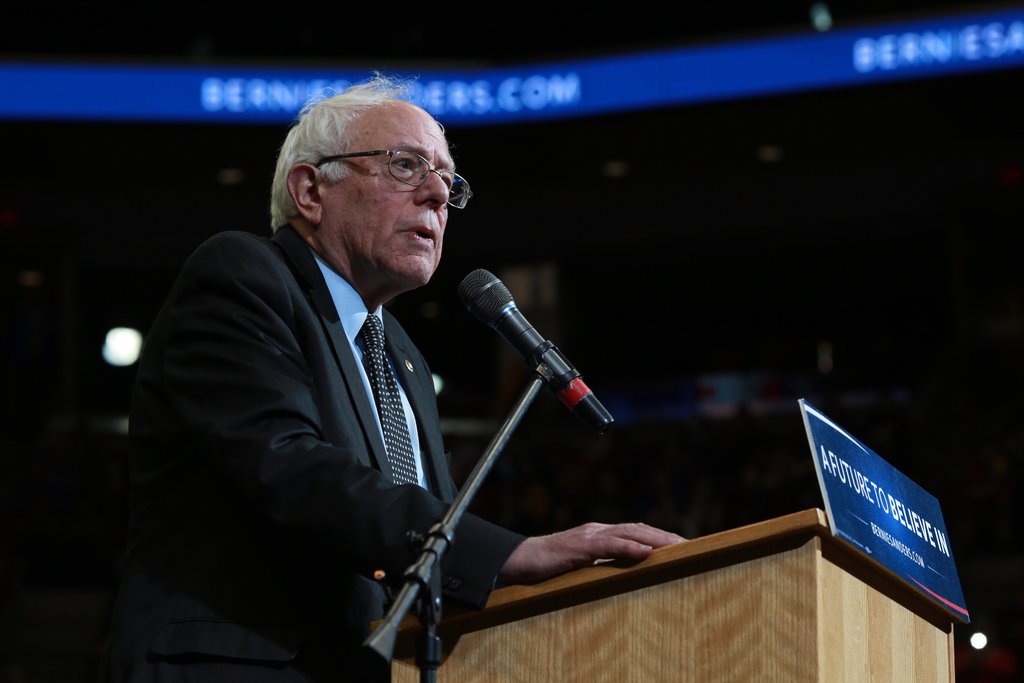 Our low registration and turnout rates are even lower for racial minorities, young adults, and low-income earners. Since the Census Bureau began collecting voting data as part of the Current Population Survey (CPS), there have been voting gaps across race, age, and income in every presidential and midterm election. As a result, the population that votes is whiter, older, and richer than the American electorate.

While blacks did surpass whites in voter turnout (66.2 to 64.1 percent) for the first time in 2012, the racial gap was still apparent for Hispanics (48.0 percent) and Asians (47.3 percent). And in the more recent midterm election, both black (40.6 percent) and Hispanic (27.0 percent) turnout lagged behind that of whites (45.8 percent). Additionally, voting rates increase with age. In the last presidential election, young adults (18-24 year olds) turned out at a rate of 41.2 percent, compared to 71.9 percent of those 65 and older, and less than a quarter (23.1 percent) of 18-34 year olds cast a ballot in the last midterm.

The first steps in addressing these problems are improving voter registration and election administration. In our “voter-initiated” system, citizens are responsible for registering themselves and keeping their registration up-to-date (such as whenever they move, as one in nine Americans do, each year). This unnecessary burden does not serve any meaningful purpose in a democracy; instead, it discourages voting. According to the Pew Center on the States, at least 51 million adult citizens are not registered to vote—more than 24 percent of our eligible population. According to CPS data, in 2014 alone, nearly 4.1 million Americans did not register because they missed the registration deadlines, another 1.9 million because they lacked registration information, and another 735,000 due to language barriers.

There are several efforts states should take to improve our current system, such as modernizing voter registration through expanding online registration, pre-registration for 16 and 17 year olds, election day registration, and portable registration. In addition, states should make voting easier by adopting the recommendations of the bipartisan Presidential Commission on Election Administration (PCEA) that prioritize increasing opportunities for early voting and addressing long lines at the polls.

By switching from a voter-initiated system to an Automatic Voter Registration (AVR), states have the opportunity to increase registration and turnout, improve accuracy, save money, and increase the integrity of our elections system. Under AVR, all willing and eligible citizens would be registered to vote when they interact with government agencies, as their voter-registration information would be transferred electronically to election officials. 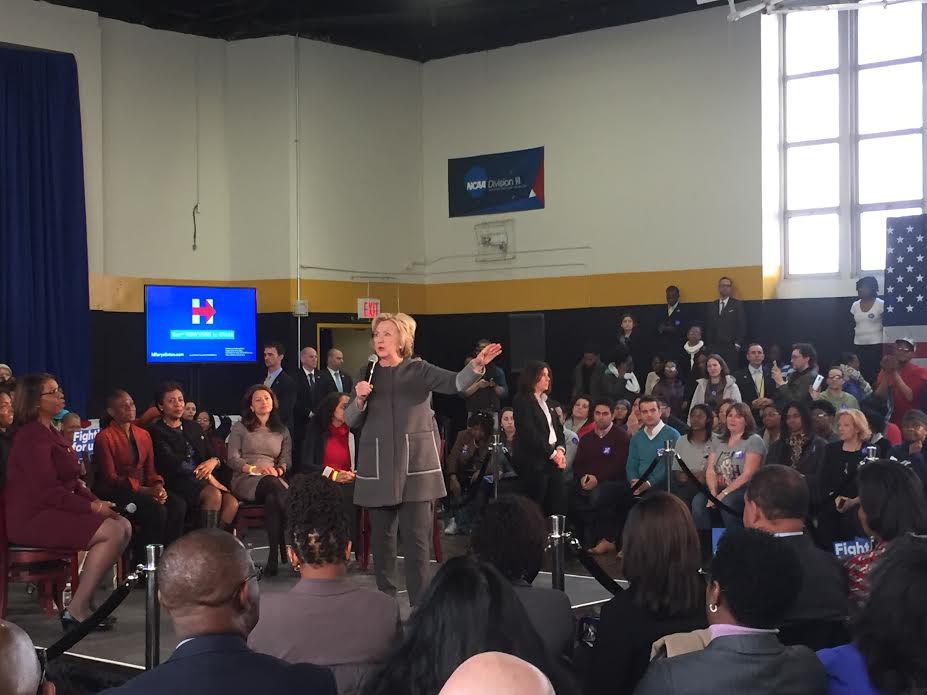 Oregon—the first state to adopt and enact AVR—is already boasting of its success; in its first three months, it has registered new voters at a rate 3.7 higher than in the last presidential election cycle. In April, West Virginia and Vermont joined Oregon and California, as the third and fourth states to adopt AVR, and dozens more are considering following in their footsteps. As Demos puts it: “The potential is huge: if every state followed the lead of Oregon… approximately 27 million people would immediately gain access to elections.”

Data shows that increasing registration increases voter turnout and has the potential to decrease our racial, age, and income gaps at the polls. Automatic registration would drastically reduce the time and energy costs of voting for the people. It would also enhance voter education and mobilization efforts, enabling them to reach the tens of millions of eligible Americans whose names and contact information are currently “missing” from the rolls.

Here, it should be noted that traditionally, political scientists have argued that even if every eligible American voted, it would only have modest effects on the outcomes of elections, because voters are “representative” of non-voters’ preferences. Recent research and surveys, however, suggest otherwise; voting does matter because non-voters do, in fact, have different preferences—especially when it comes to economic issues.

The next steps forward are repealing or overturning laws that restrict or deny the right to vote. Thirty-three states have now passed voter ID laws that will be in effect for the 2016 election—many of which were adopted after the Supreme Court’s 5-4 ruling in Shelby v. Holder (2013) that struck down Section 4 of the Voting Rights Act, thereby enabling states with histories of voting discrimination to change their election laws without advance federal approval. Supporters of these laws argue that they prevent in-person voter fraud and increase public confidence, while opponents argue that they impose an unnecessary burden on the right to vote, increase administrative burden and inefficiency, constitute a poll tax (a violation of the Twenty-Fourth Amendment), and discriminate against minority voters (a violation of the Voting Rights Act).

On the one hand, research overwhelmingly suggests that in-person voter fraud—the stated target of voter ID laws—is, quite frankly, not a problem. For example, in response to Texas’s controversial photo ID law that is pending in the Fifth Circuit Court of Appeals, Senator Cory Booker (D-NJ) noted, “You’re more likely to get struck by lightning in Texas” than find in-person voter fraud. (PolitiFact affirmed that the odds were 1 in 1.35 million and 1 in 18 million, respectively.)

On the other hand, recent research does suggest that voter ID laws are connected with somewhat lower levels of voter turnout—particularly among racial minorities, young adults, and low-income individuals. Why? These demographic groups are less likely to possess the required forms of identification and face the financial costs that are directly related to obtaining them. 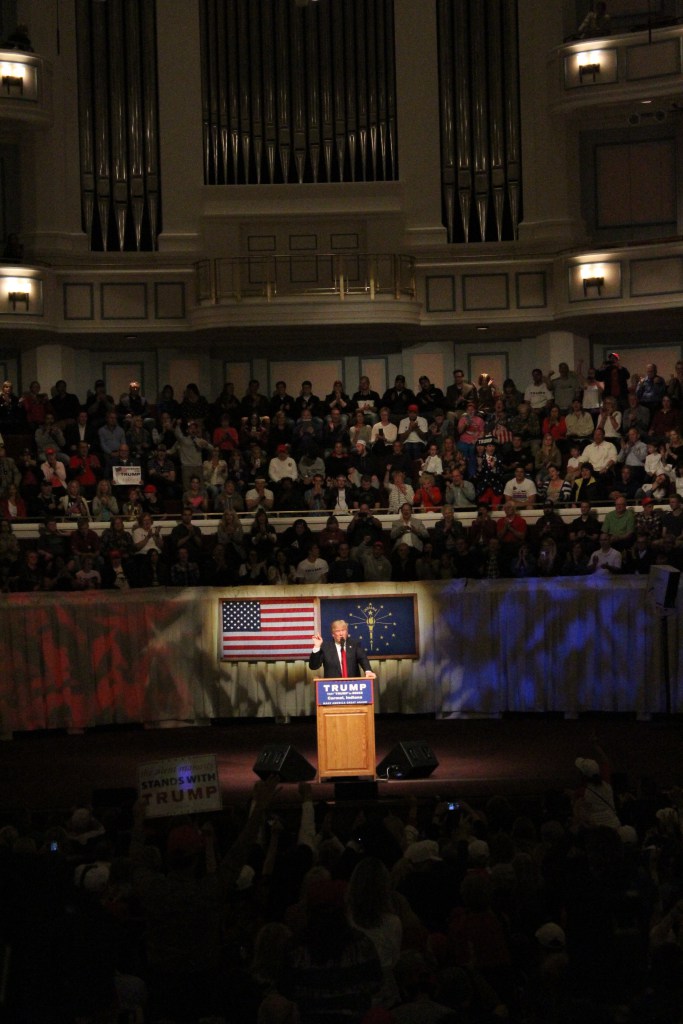 Finally, 48 states ban American citizens with felony convictions from voting, either temporarily or permanently. As of the beginning of 2016, only two states—Maine and Vermont—do not restrict the right to vote for convicted felons, while 36 states and the District of Columbia restore the right only after they have been released from prison or completed parole and/or probation. The remaining 12 states restrict the right to vote for felons, even after they have completed their sentences in their entirety.

According to the Sentencing Project, 5.85 million Americans—over 2.5 percent of our voting age population—are currently or permanently disenfranchised as a result of a felony conviction, and three-quarters of this population are living, working, and paying taxes in the community. By depriving former offenders of their most fundamental form of civic participation, felon disenfranchisement discourages rehabilitation and reintegration and furthers the social and political marginalization of an already vulnerable population.

Unsurprisingly, these policies disproportionally affect communities of color. In total, 2.2 million black adults are disenfranchised—approximately one out of every 13 black adults in America. Here, the racial disparities of our criminal justice system become racial inequalities in democratic participation and political representation.

Three months ago, I argued that our income inequality is eroding one of the pillars of our American Dream: equality of opportunity. Today, I argue that another foundation is crumbling: equal democratic participation and representation.

For just a moment, forget about the influence of money.

And maybe, one day, the President and Congress of the United States will be chosen by the majority of our electorate.