‘Can I have this Whopper medium-rare?’

When it comes to non-dining-hall dinner options, campus features plenty of choices, Reckers usually being my go-to. That said, there are few options for a sober, piadina-less, upscale night out, especially if you don’t have a car to get off campus.  I took it upon myself to visit and review Notre Dame’s classiest dining establishment—the LaFortune Burger King, officially closing right after graduation (a tragic loss.)

No food critic would have been caught dead in the oversized hoodie I wore to class that day, so I got ready for my dinner date by changing into a formal dress and curling my hair.

Only the best for ND’s nicest restaurant, right? 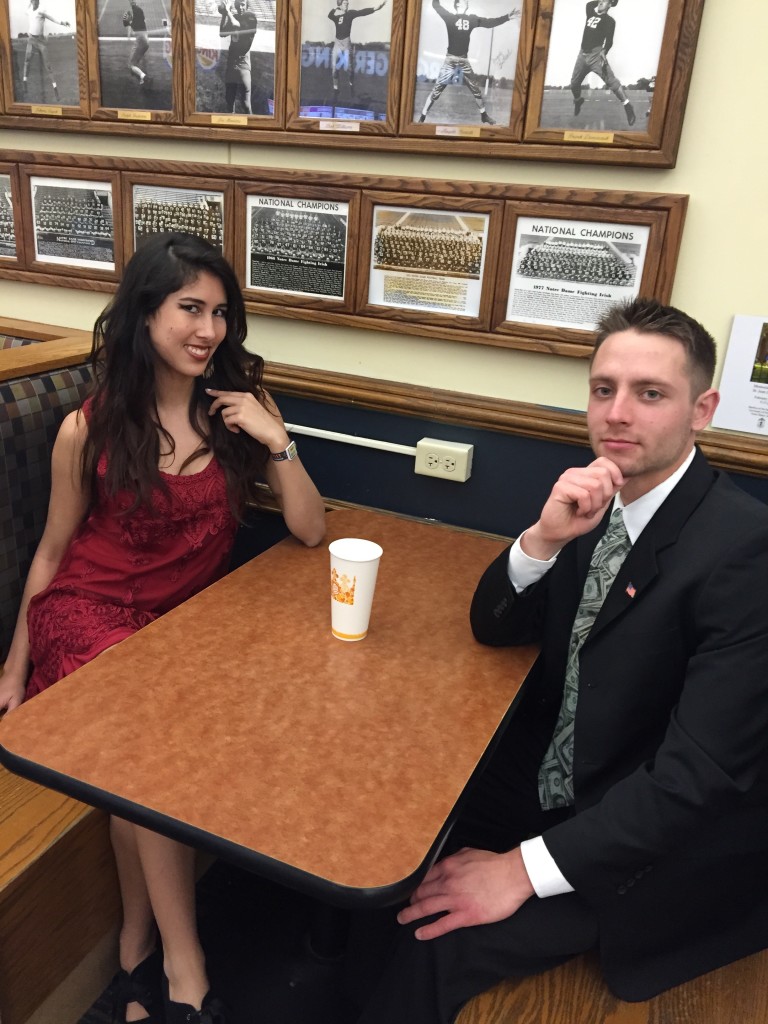 When we tried to order, we were met with some difficulty—the first snag of the evening.  The menu was a screen which appeared to keep changing, making it difficult to choose which meal looked the most appealing.  I finally settled on the Angriest Whopper, a new menu item which was apparently being promoted, judging by the huge flashing icon and various advertisements. 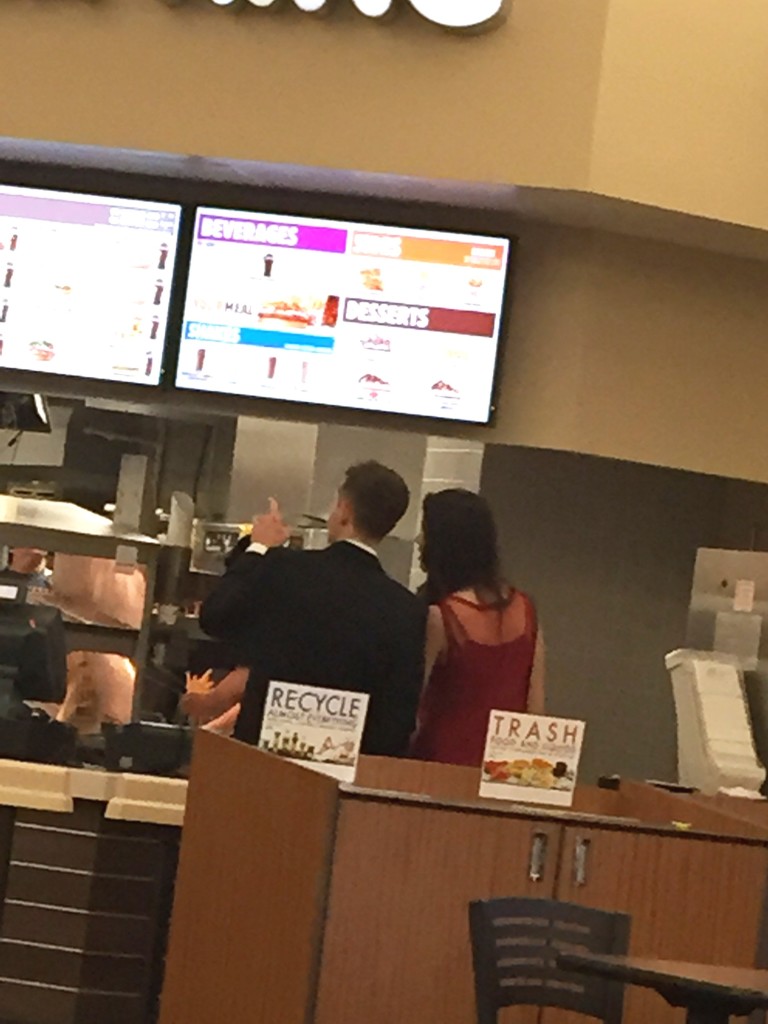 My date requested that the burger be prepared medium rare, something to which the servers did not take kindly.  They kept insisting that “We don’t do that” and “I’m pretty sure all of them are the same,” then turning around to laugh at us.  For an industry that is supposed to pride itself on customer service and convenience, Burger King was proving to be pretty inflexible.

While I would have appreciated a glass of pinot noir while we waited for our non-medium-rare burger, it appeared that Burger King did not serve alcoholic beverages.  Having lacked the foresight to bring a bag of Franzia in my purse, I opted instead for neon-hued Mountain Dew. 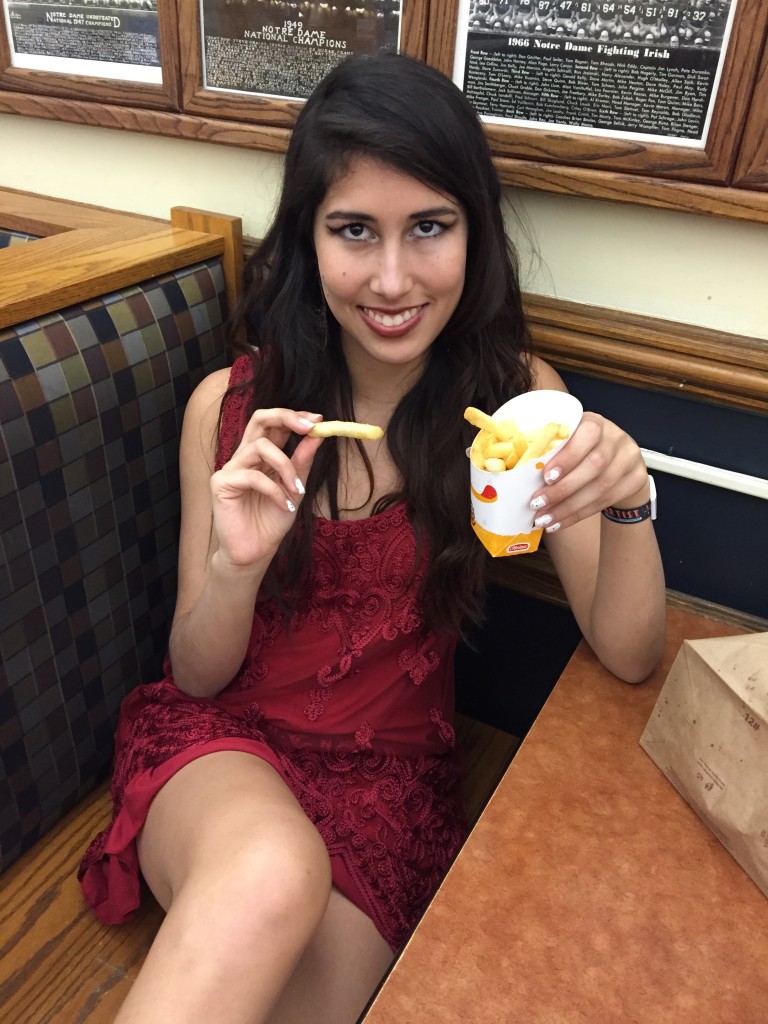 The Angriest Whopper finally arrived, its uncontrollable wrath apparently signaled by the violent crimson hue of its bun.  The waiter declined even to bring it to our booth, instead shouting loudly and waving the meal around from behind the counter while looking bemused when we just sat there.

When we finally retrieved our dinner, not only was it not medium rare, but the meat exhibited the texture of a hockey puck. When poked, it also released a dark and greasy residue. 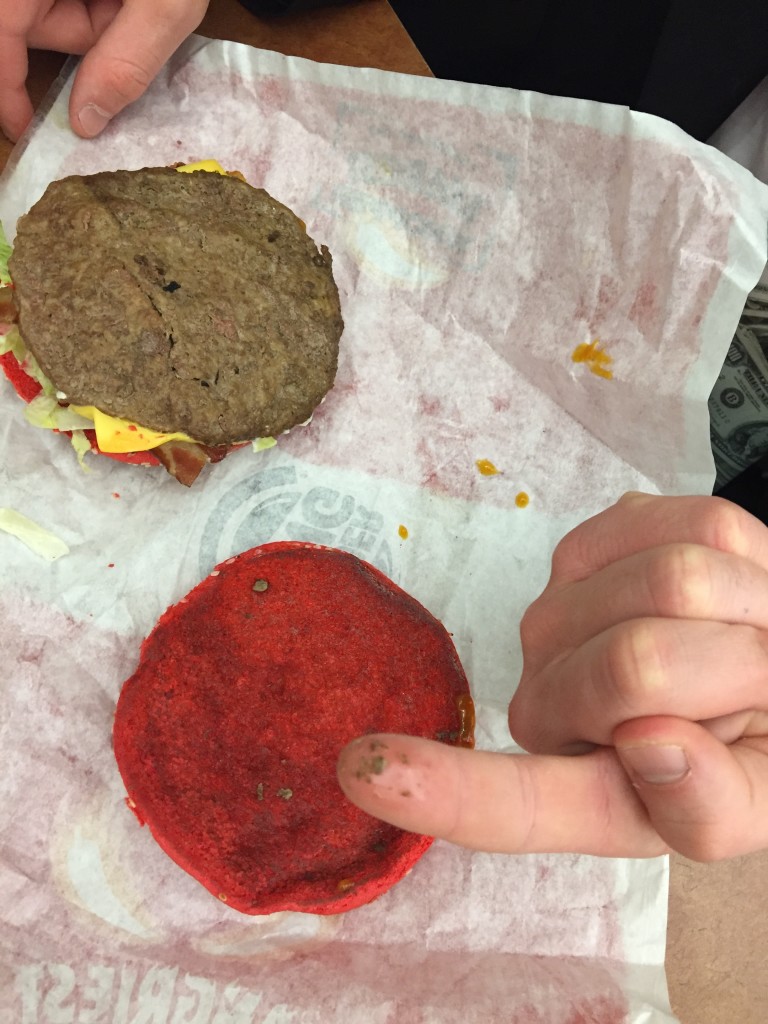 Beyond this obviously questionable presentation, the Angriest Whopper did not even seem to be designed for actual consumption, since it rapidly fell apart at the slightest attempt to hold it.  It eventually degenerated into an unfortunate pile, which we gave as a gift to a nearby friend (who declined to eat it.) 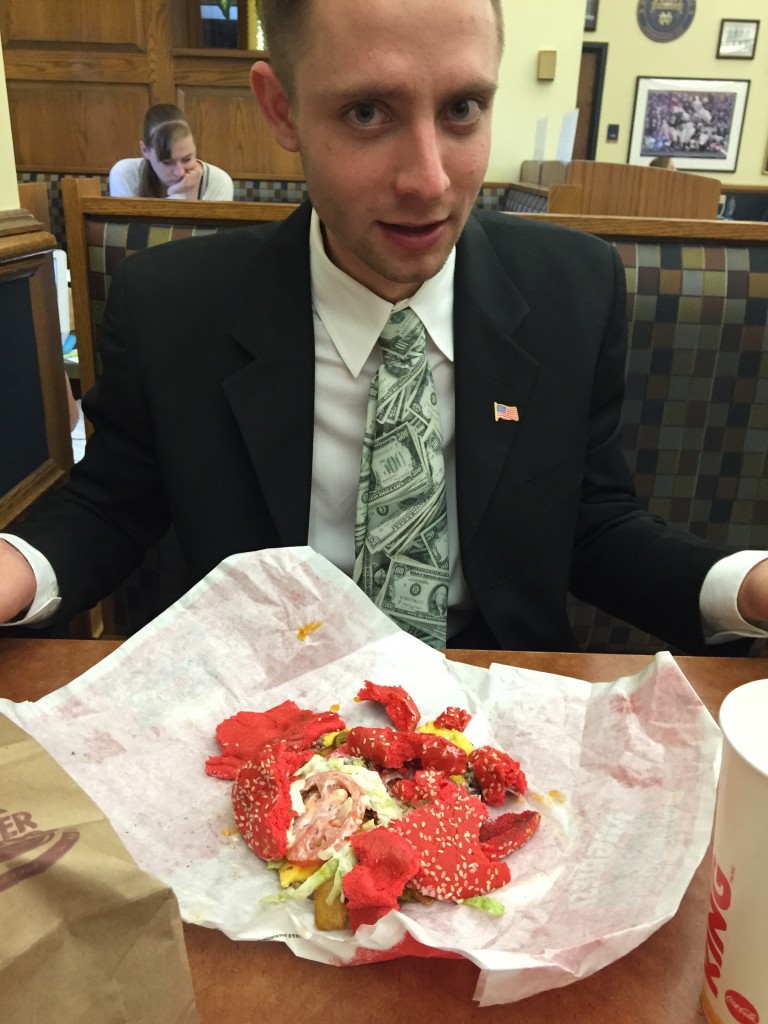 As the animated rat in Ratatouille wisely says, “If you are what you eat, then I only want to eat the good stuff.”

After this disheartening experience, I plan on taking my business to another eatery…as long as they take flex points.