No other event better embodies the spirit of Notre Dame

Most women’s collegiate sports teams participate in a “pink” game to raise awareness and/or funds for breast cancer. Notre Dame softball had participated in this nationwide phenomenon for years, until cancer hit a little closer to home in a different color from pink. 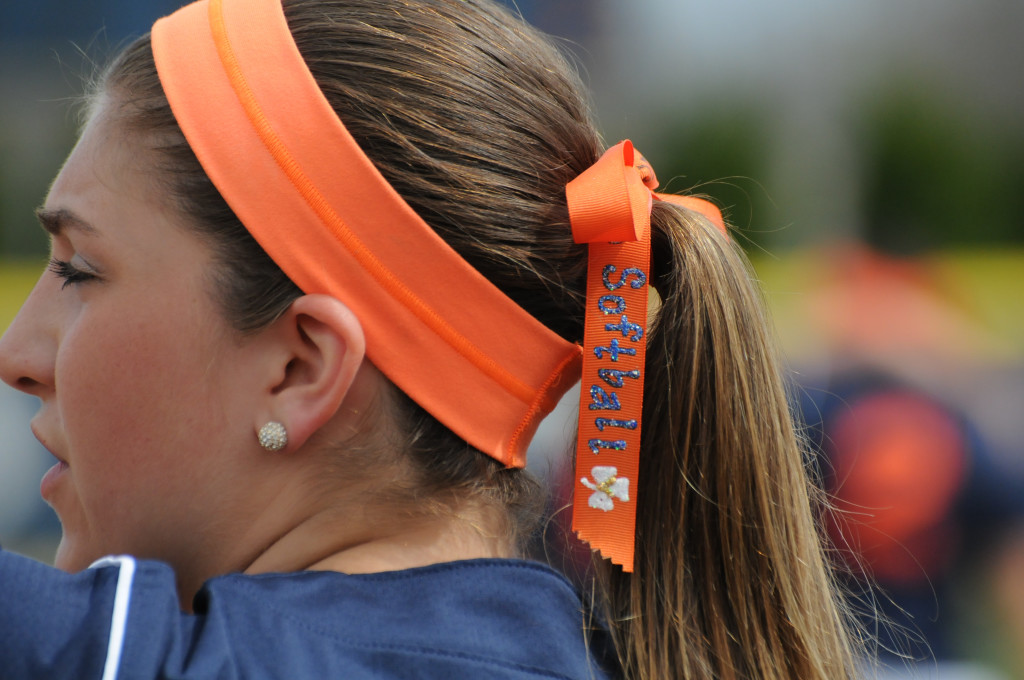 In 2010, the Gumpf household was told that their daughter, Tatum, who was four years old at the time, was diagnosed with leukemia. Not only was the Gumpf family affected, but the team she coached as well.

It was in the following season that the team gathered around Head Coach Gumpf and Tatum in the typical Fighting Irish spirit and decided to dedicate a game for a cause that directly affected Notre Dame softball: leukemia. 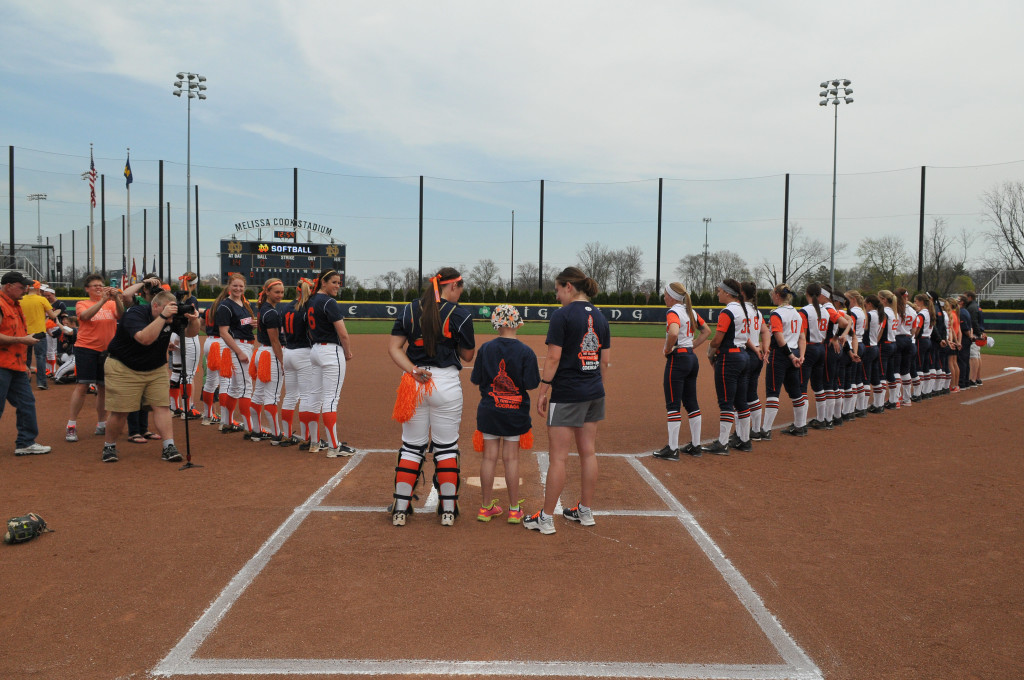 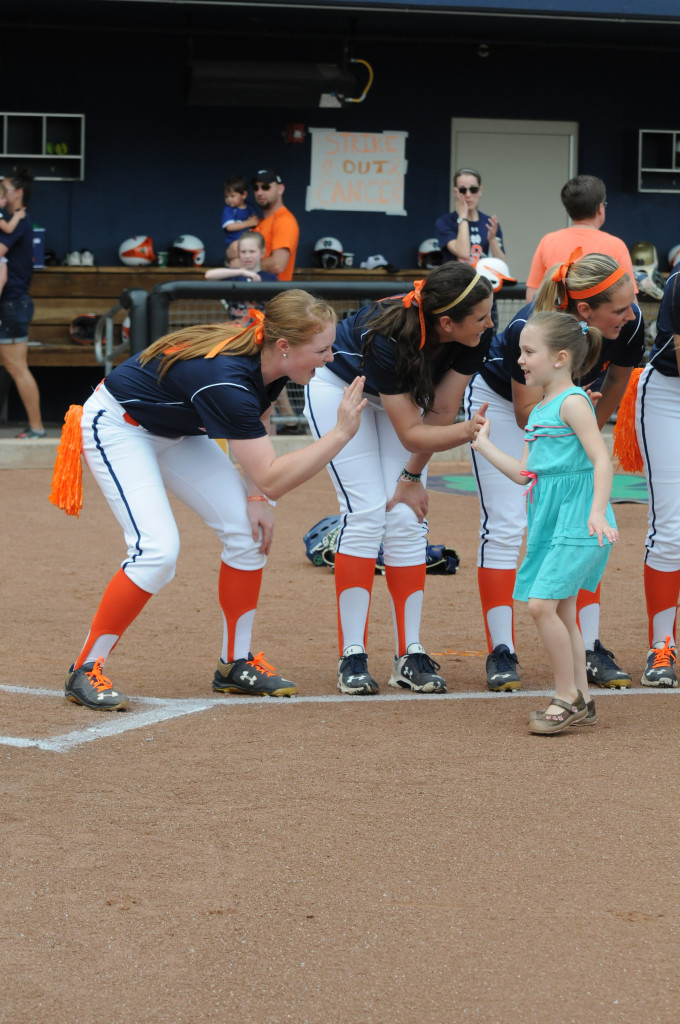 In the spring of 2011, the annual “Strike Out Cancer” game that was originally played in pink, was played in the color orange. Tatum Gumpf threw out the first pitch in the inaugural year, and the girls proudly took the field in unfamiliar orange uniforms, but still with the very familiar green shammy on their pants. 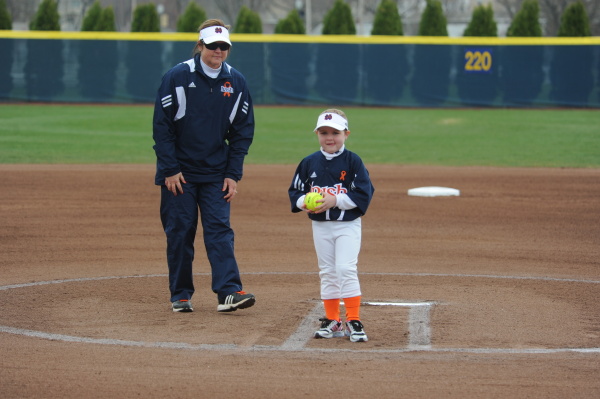 Coach Gumpf & Tatum throwing out the first pitch in 2011

Since 2011, the event has become an integral part of every player’s life who has and will ever be a part of Notre Dame softball. This experience has been a strong influence on the team as well as the kind of impact the players have on the community.

The now-familiar orange game has raised over $150,000 total and continues to grow each year. All proceeds go to Memorial Hospital as well as the families who have children battling cancer. 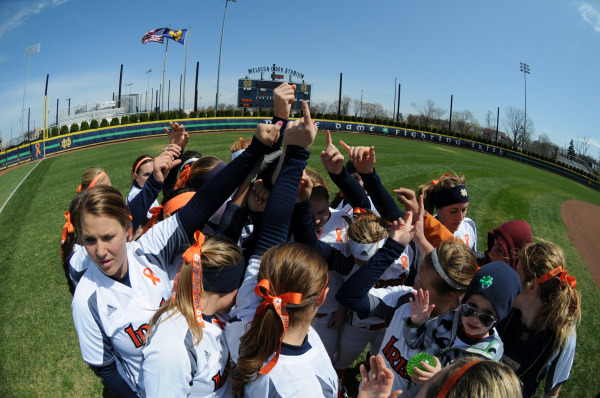 Notre Dame is a place of traditions, and the softball team has embraced this unique one. Just how the leprechaun logo has embedded its spirit on all who play for Notre Dame, the color orange has done just that for every girl who has stepped foot on the dirt of Melissa Cook Stadium. Each player understands the opportunity to play for something bigger than themselves and play with honor in doing so.

Not only does blue and gold run through our veins, but orange as well. Orange has become a part of our uniform whether it be on our laces or the Leukemia ribbon on the back of our helmets or the bright orange bats half of the team use.

The color orange has become our color. 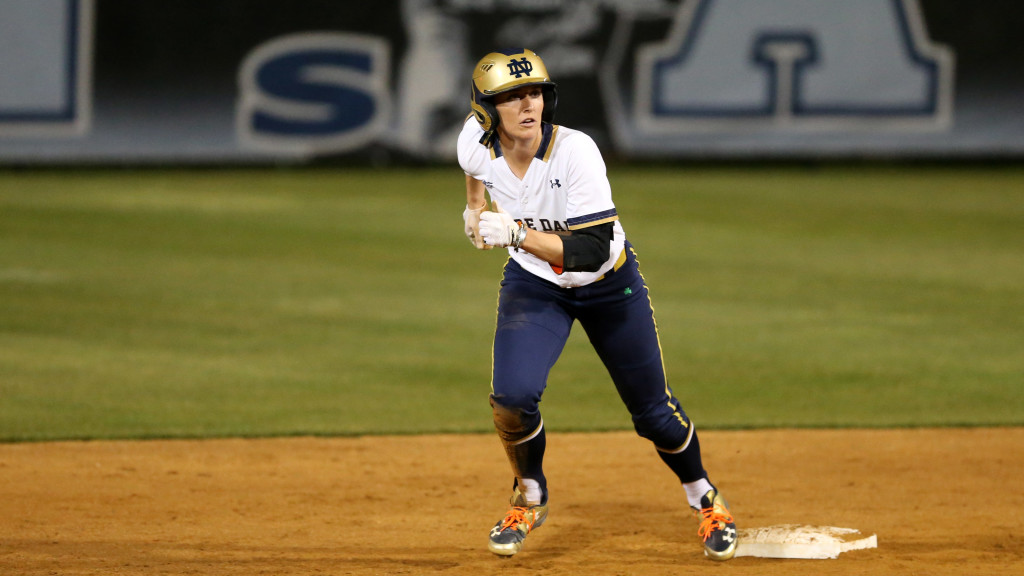 Tatum Gumpf is now cancer-free and spunky as ever. You can catch her sassy smile as well as plenty of other Fighting Irish Fight For Life teammates who are battling cancer or kicked its butt at the Strike Out Cancer games this year signing autographs and running the bases before the first game on Saturday. Notre Dame will be taking on Louisville April 30th at 1:00 and 3:00 pm and May 1st at noon at Melissa Cook Stadium.

Any type of donations are accepted. You can send checks to the Softball Office at 209 Joyce Center Notre Dame, IN 46556. Also, shirts and hats designed by yours truly are available for purchase as well! 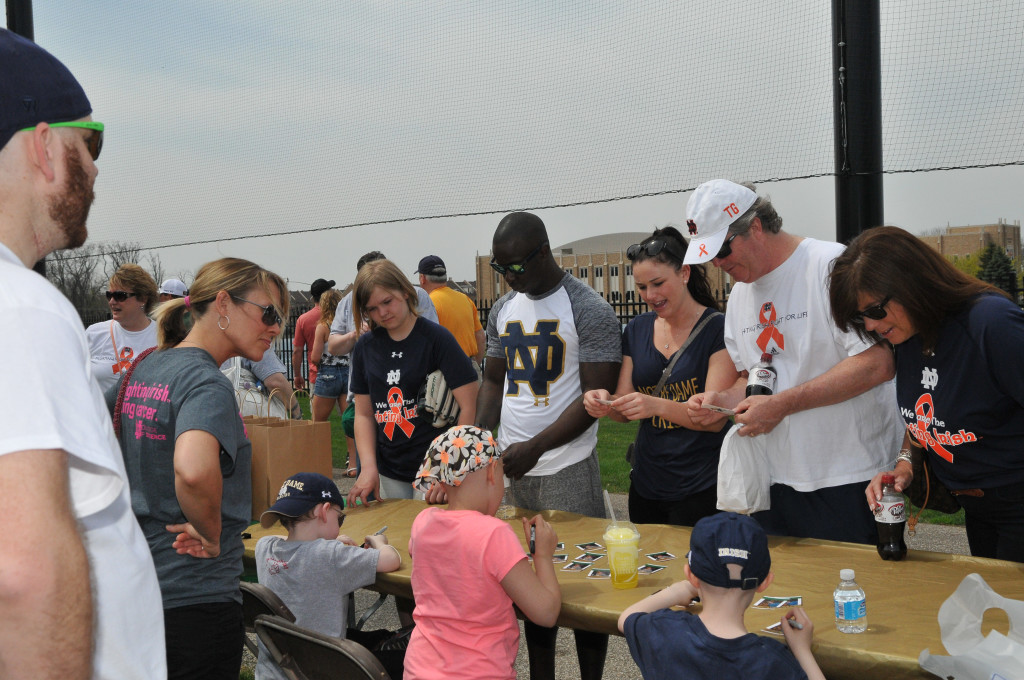