Everything you know if you grew up in New York City

Are bodegas NOT a thing in other places?

When a relative came to visit me in New York one year, she asked with genuine disbelief, “When you come out of the Holland Tunnel and see all the skyscrapers, do you really have that feeling of ‘Home sweet home?’”  A lifelong small-town resident, my aunt couldn’t imagine feeling nostalgic or homesick attachment to a tourist destination.

However, if I could answer her now, I’d tell her: there’s more to New York than those Midtown high-rises, but yes, I do feel ‘at home’ amid the bustle that is Manhattan.

Growing up in the city made for a childhood whose uniqueness I could not truly appreciate until I left it, a sentiment I’m sure other children of the Big Apple share. 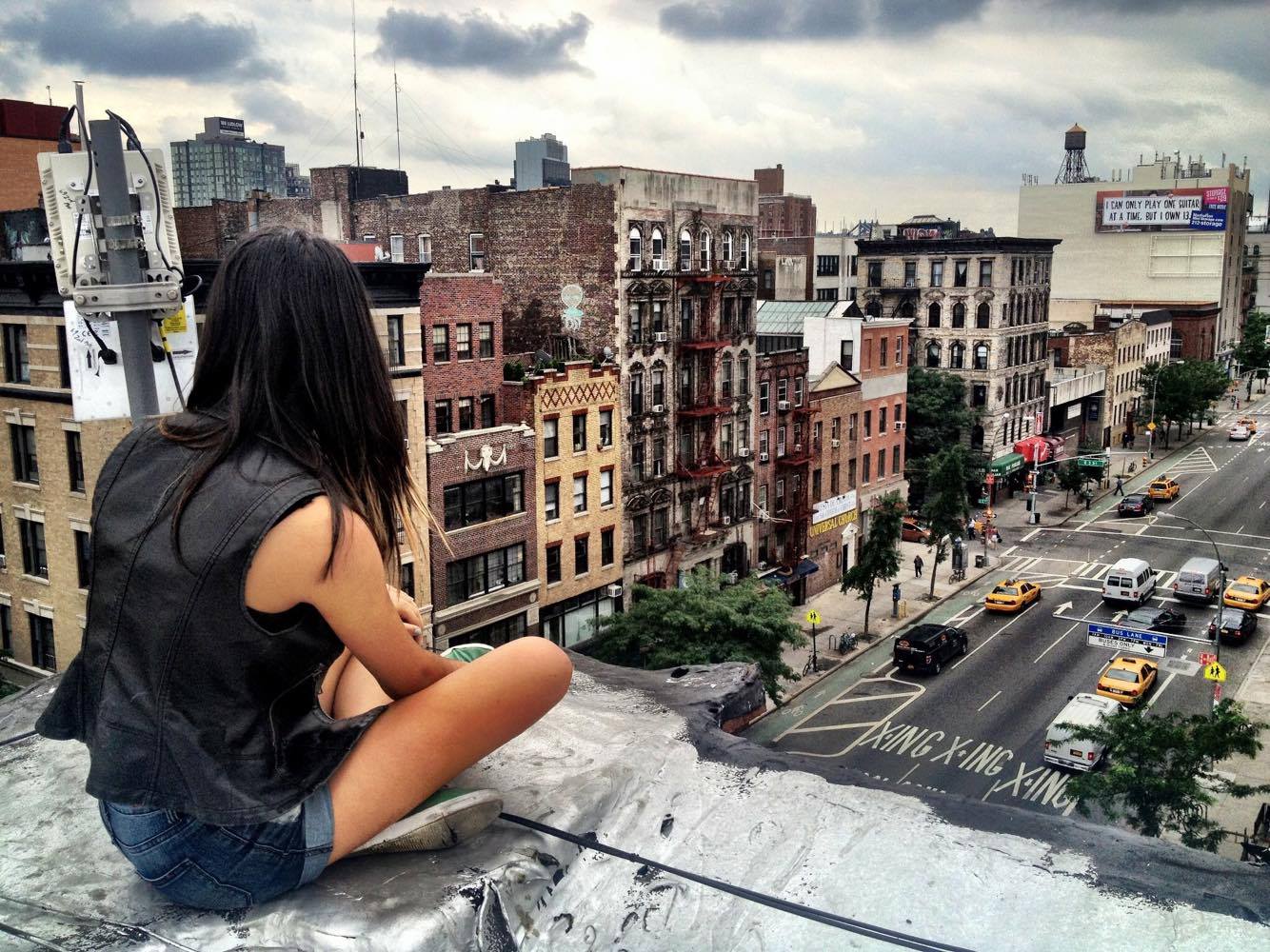 People at Notre Dame are always shocked that I spent upwards of an hour each way between home and school, traveling from subway to bus without a second thought.  However, one New York idiosyncrasy I have tried never to take for granted is the myriad subway performers I was treated to more afternoons than not.  No, I didn’t always want to hear a mariachi band when I was trying to sleep on the 2 train, but on a few occasions the best of the overly confident breakdancers and acoustic serenades honestly made my day.

And yes, at the time I might have winced at the daily walk past a row of the kind of auto body shops that probably include “murder victim dumping ground” in their list of services, but today I am grateful for all the experiences which made me a more confident pedestrian. 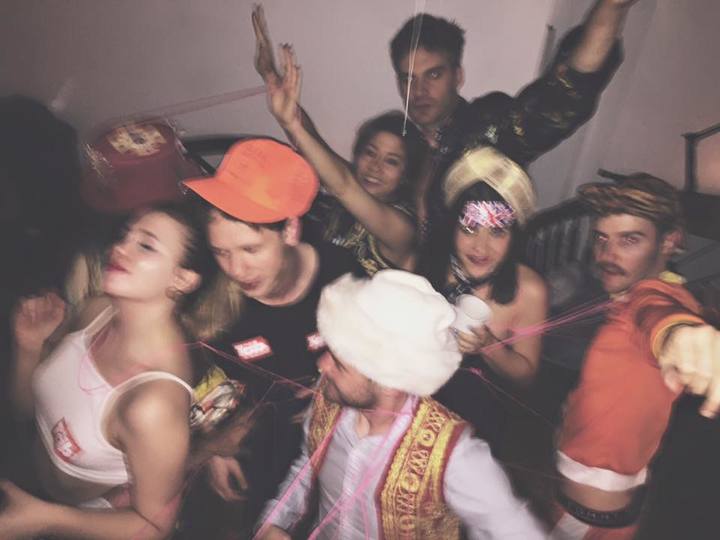 “If he looks like a crackhead, don’t sit too close to him on the train—he might throw lukewarm coffee at you” was a rule you had to learn at an all too early age.

St. Mark’s Place is probably less authentically punk rock than you want it to be

But you still went there every. single. time. you or your friends wanted an ill-advised piercing.

Cars are a foreign concept 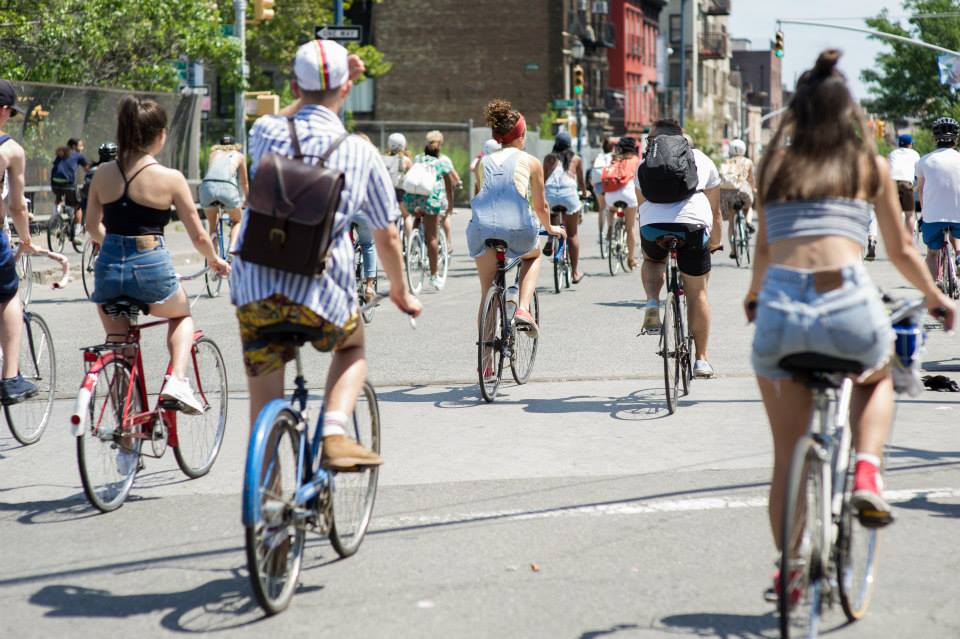 Not only do I still not have my license at 18, but until a few years ago, my parents didn’t even own a car.  My high school didn’t even offer driver’s ed — it just isn’t practical in a place where driveways don’t exist and parking is a 30-minute ordeal.  (Recently, my parents went out to their new vehicle to find that a homeless man had taken up residence inside it.) On the flip side of this, I learned to get comfortable taking buses and trains hours away from my home alone at 12 years old.

Are bodegas not a universal staple? 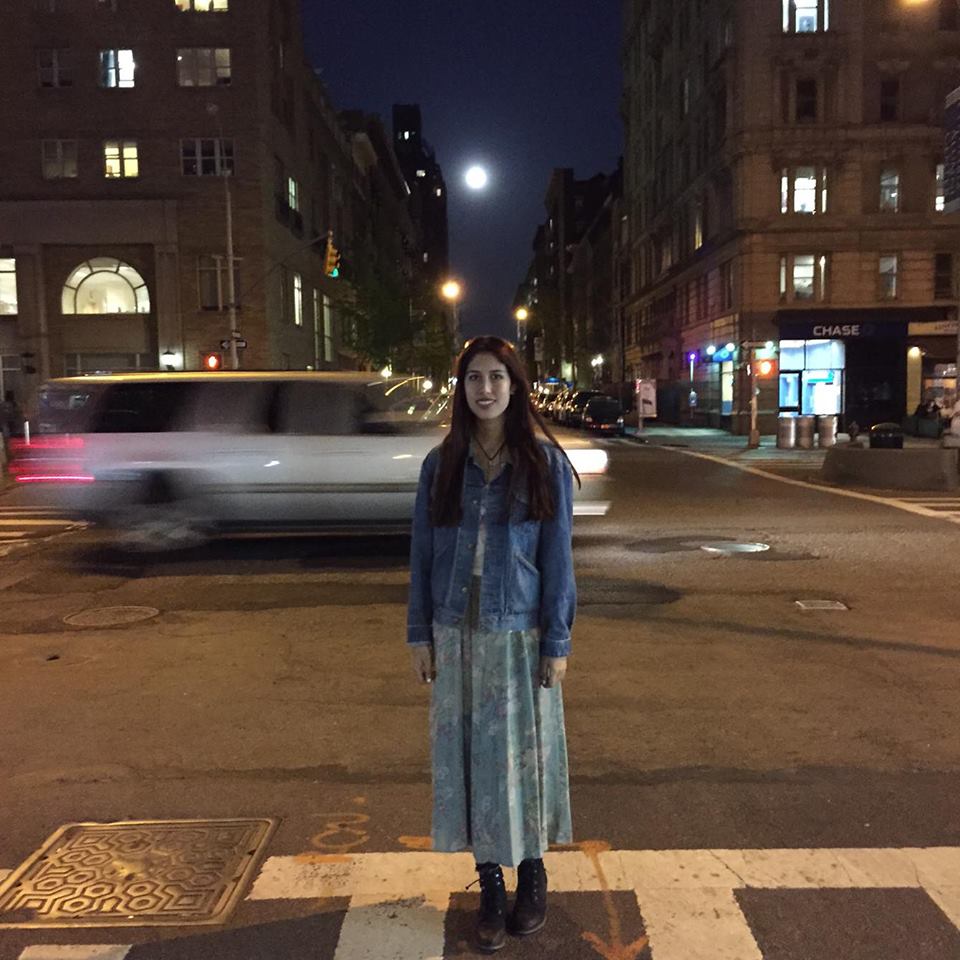 Arriving in the Midwest means “mad” means “angry,” not “very,” and people will look at you like you have seven heads if you say “deadass.”

But you usually skipped the ceremony and went straight to the party.  Mazel tov! 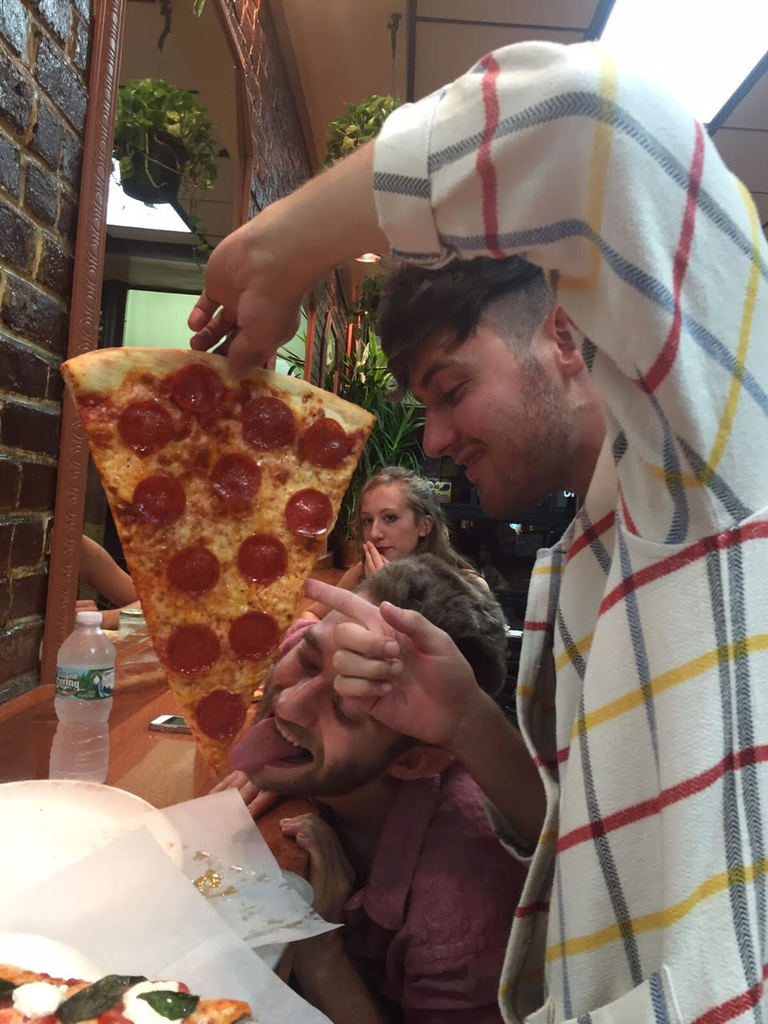 You know, so you can fold it in half and eat it while walking.

Your high school parties were located in warehouses/sketchy basements

While suburban kids had the luxury of houses with multiple floors (!) to throw house parties in, we children of apartments got treated to the phenomenon that is the NYC public school warehouse party.

For us, getting wasted meant a few guys had to pony up and run it like a business—rent out a quasi-abandoned warehouse, sell tickets to underclassmen at their respective high schools, and charge admission to get in. 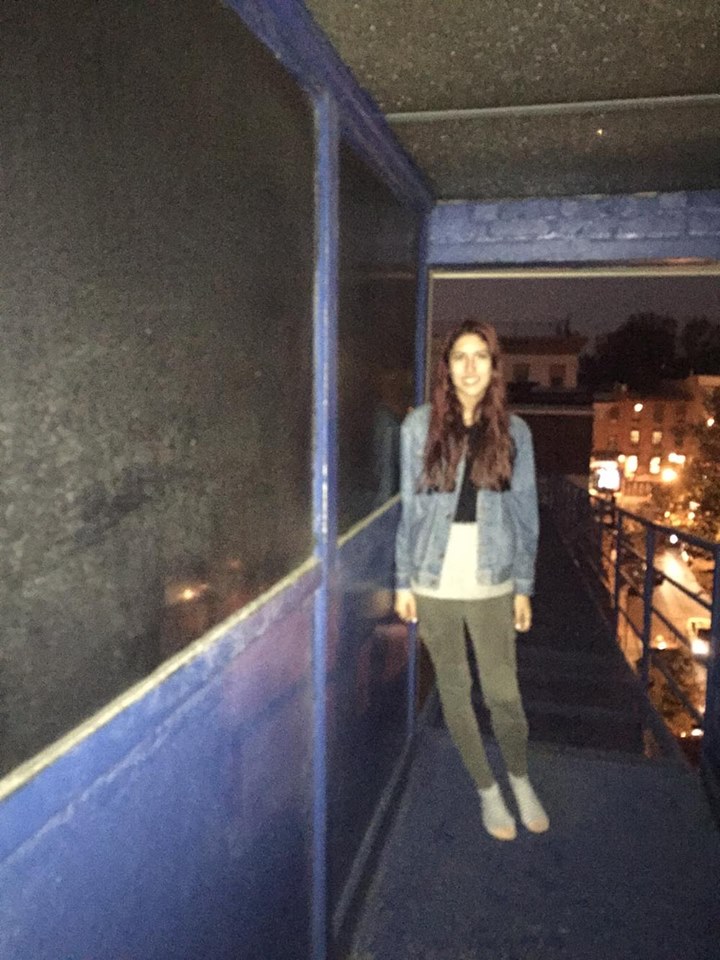 When I was growing up, it seemed like the various Law and Order franchises had camera crews across the street from my building every other weekend.  To my parents, this was more a hassle than anything else; but for little me, it meant I got to spend hours running back and forth behind the film set making funny faces (and probably making an annoying, blurry cameo behind Mariska Hargitay and her loyal detectives.)

Without a zoned school, “getting into” a high school meant I had to take placement tests like a modified version of the SAT, go through auditions, write admissions essays, and submit art portfolios.  Even ‘typical’ public schools have their own admissions criteria. 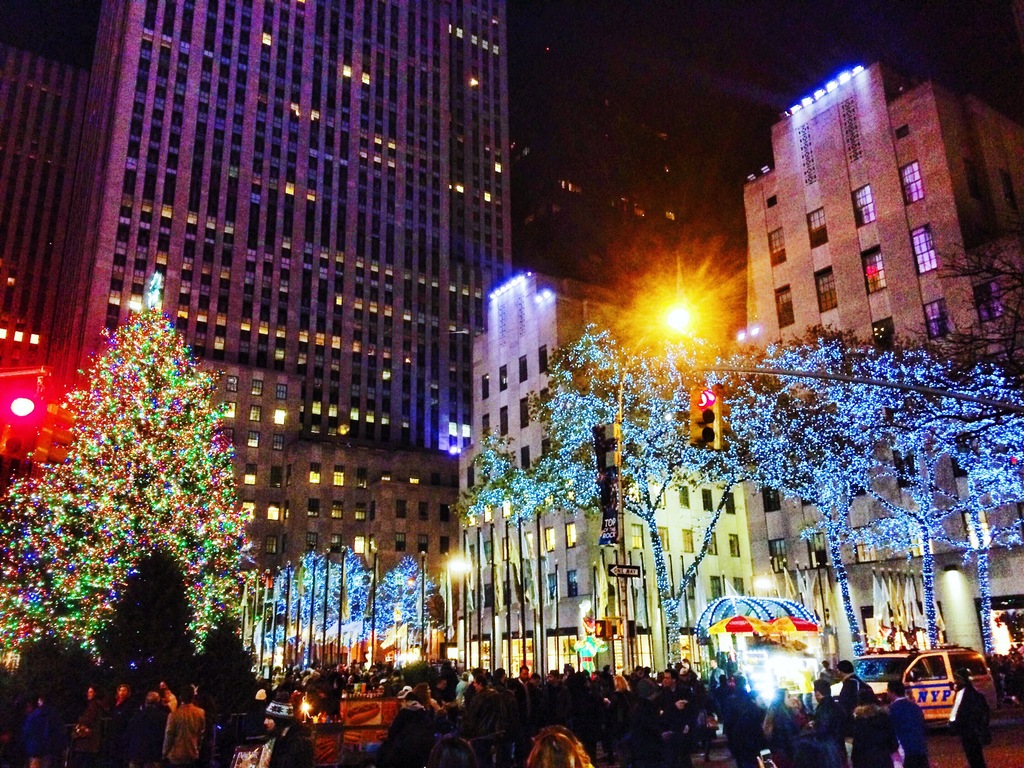 Your friend group was so diverse, but you took it for granted

Just by nature of where I lived, my friends growing up were of Korean, Bengali, Filipino, Dominican, Puerto Rican, Ghanaian, Sri Lankan and Eritrean descent, to name only a few.  Many, if not most, of my close friends spoke a second language at home, and brought their cultures with them.

To visit their apartments was to travel between Chinatown, the Upper East Side, Riverdale and the East Village; to have dinner in their homes might mean roti chani or homemade curry (except when it was Chipotle, of course.) I don’t think I fully appreciated how much more diverse New York was than the country as a whole until I left it.

Perhaps the greatest marker of a New York childhood, though, is its huge variation. 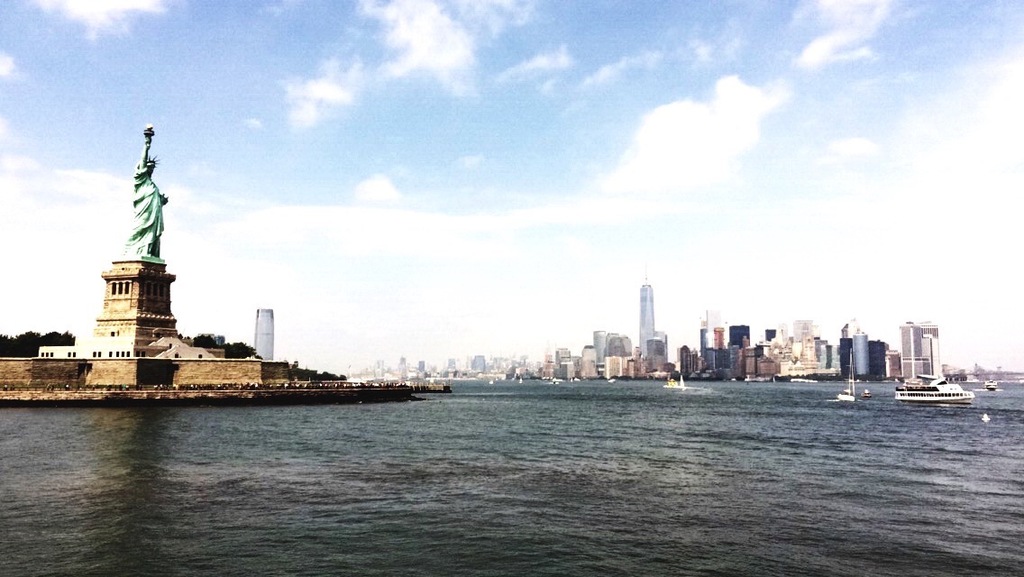 My experiences were wonderful and diverse, but my New York wasn’t the same by a long shot as that of someone who grew up in Queens, or (shudder) Staten Island—or even of my closest neighbors.  I think one of the greatest things about growing up where I did is that it doesn’t streamline you into living one way, or limit your knowledge to one type of person; instead, the city dumps every possible opportunity in your lap, to do with as you will.

I am eternally grateful for the experiences my hometown gave me—even the disgustingly large rats in the subway, and the catcalls on the streets.  Because I was lucky enough to be raised in New York, so many of my early experiences were ones I chose for myself—from my high school to the neighborhoods where I spent my time.