We had been number one for five years

Bloomberg, which has ranked undergraduate business programs for the past ten years, just released their rankings for 2016.

The rankings are based on a four-part scoring system: employer survey, salary, student survey and internship rank. The scores from each of these categories are standardized and weighted according to the weight of that particular category plays in the algorithm.

It is important to note that while a school may rank high in one or two categories, the school might fail to rank as high in the other categories bringing the overall ranking down.

Let’s talk about the elephant in the room. 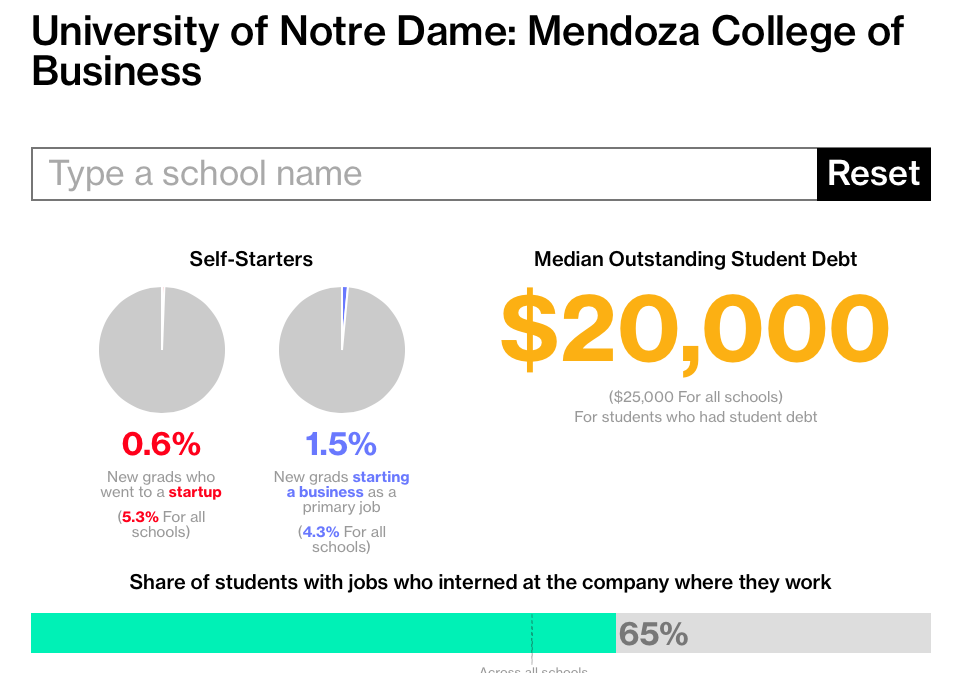 How could this happen?

The 2016 Bloomberg rankings feature a new ranking system. In recent years, there has been more of an emphasis placed on the student surveys since Bloomberg believes recent graduates are some of the best judges of the features within an undergraduate business program. However, this year the algorithm placed a greater emphasis on employability, satisfaction of employers, and salary – both throughout a students’ career at Notre Dame, and beyond it.

Remember how I said earlier that a school may rank high in one category, but low in others, translating into an overall lower score? Well, that’s what happened to Notre Dame.

While we ranked #1 in Student Surveys, we had relatively lower scores in Internship (31) and employer survey rank (18). Ben Fouch, a Finance major, said: “I suspect the original motivation for the change was an attempt to ‘shake up’ the rankings (since ND has been ranked #1 for the past 5 years) and make sure that there was some movement amongst schools.”

Bloomberg certainly did shake things up considering Villanova was ranked #24 in 2015. 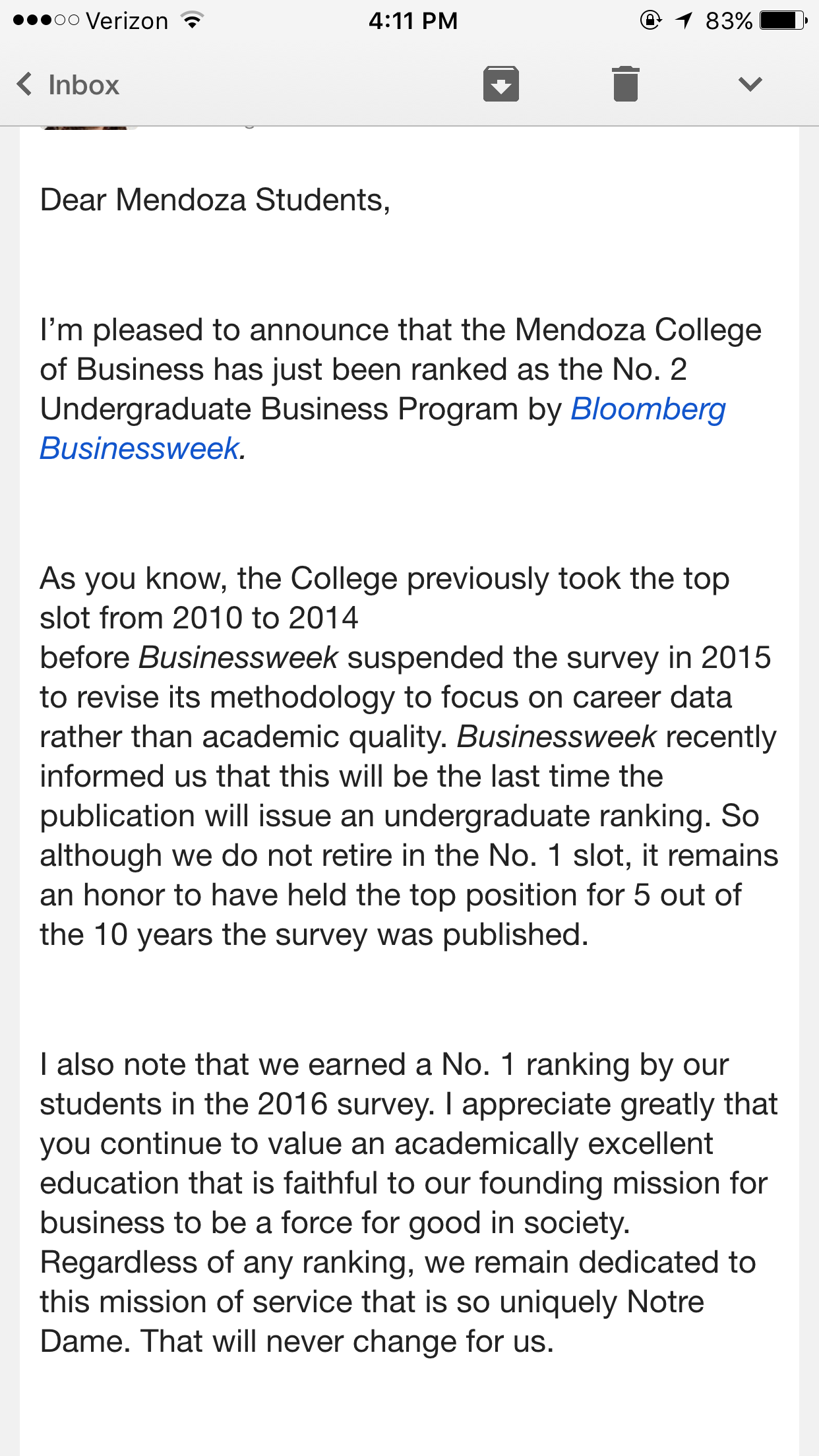 In an email to Mendoza students, Dr. Roger D. Huang wrote: “Businessweek recently informed us that this will be the last time the publication will issue an undergraduate ranking. So although we do not retire the No. 1 slot, it remains an honor to have held the top position for five out of the 10 years the survey was published.”

The email concluded: “Regardless of any ranking, we remain dedicated to this mission of service that is so uniquely Notre Dame. That will never change for us.”

Ben added: “We shouldn’t be concerned about dropping in the rankings.

“In the end, Mendoza and Notre Dame should measure itself by a different standard. The college’s mission is to create leaders who will ‘ask more of business’ and themselves. That yardstick is the one that will really measure the worth of the Notre Dame business education.”