Campus police allegedly removed one of the signs – “Dear White People…have you read the 13th Amendment?” – after someone wrote “have you read the 2th?” The writing was considered an indirect threat.

Students are now firing back on social media.

@NCStateUAB why are you alienating a majority of NC State's students like this? You don't fight for equality by being racist yourselves.

DEAR WHITE PEOPLE of NC State, please consider joining the panel tonight at 9pm in the cinema since you have sooo much to emai- I mean say?

There have been mixed reactions to the posters on campus. 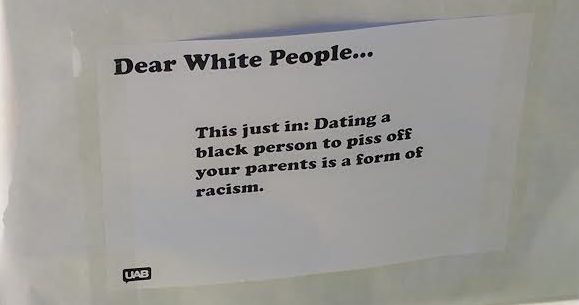 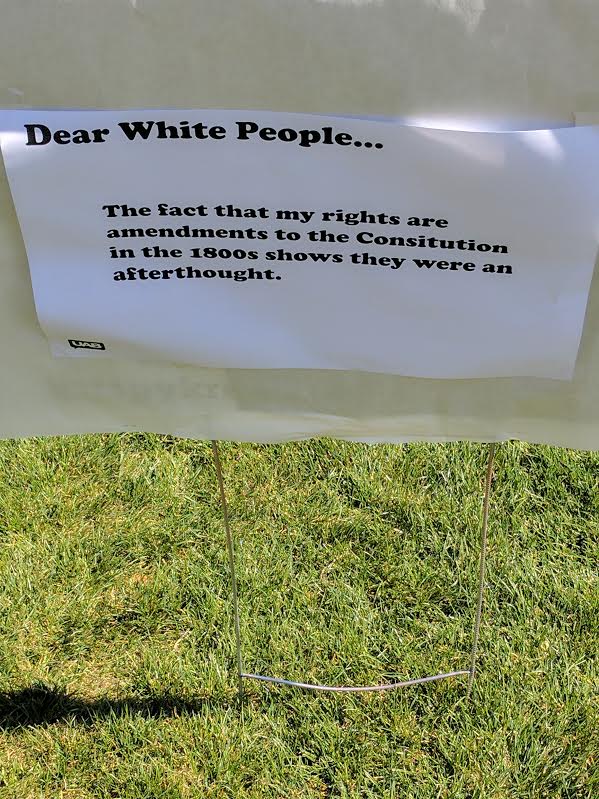 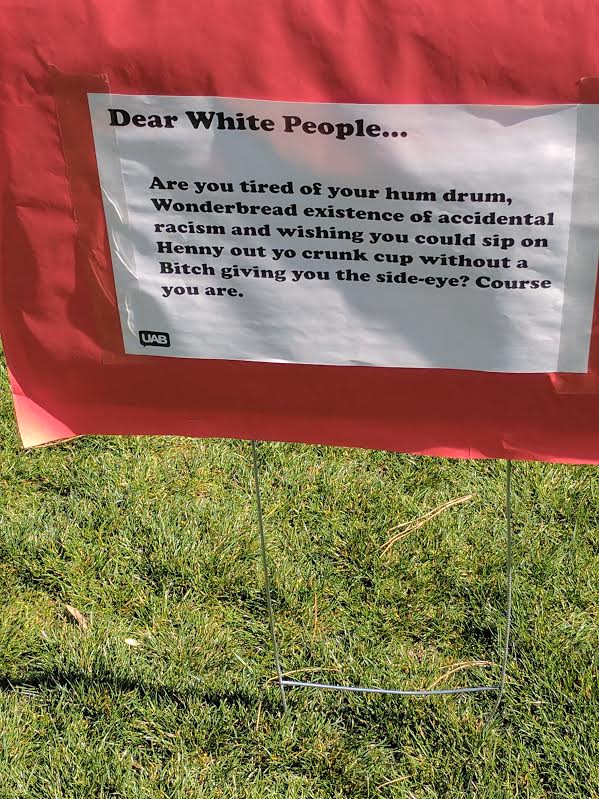 When the racists at your school are also illiterate. ? This is unacceptable, they're defacing UAB property and hinting at hate crimes. pic.twitter.com/92CxZLpi3k

A Religious Studies sophomore by the signs said, “It’s stuff the people need to know about because they don’t think about it on a day-to-day basis since culture doesn’t question things, rather lets it continue. But there are multiple sides to each argument that each side should listen to.”

Can't wait to go through stafford commons to see 'Dear White People' ? Go Pack!?And thanks @NCStateUAB for putting on such a dope event!?

Living for the Dear White People signs around Stafford Commons ???

UAB Films will screen the film “Dear White People” at 7pm in Witherspoon and hold an open discussion immediately after at 9pm.