After attending Trump’s ‘thank you’ tour, I’m more confident than ever about his presidency

The event was held in Fayetteville, NC

After attending Donald Trump’s “USA Thank You Tour” in Fayetteville, NC, on Tuesday, I must say I am now more confident and excited about the future of the United States under a Trump presidency.

While the coliseum was not at full capacity (possibly due to the inclement weather), it was around two-thirds full once the President-elect arrived. In attendance were Hispanics, African-Americans, homosexuals, Democrats, women, veterans, babies, children, atheists, volunteer firefighters, law enforcement, post office workers and paramedics – people from all walks of life joined together to celebrate and rejoice. 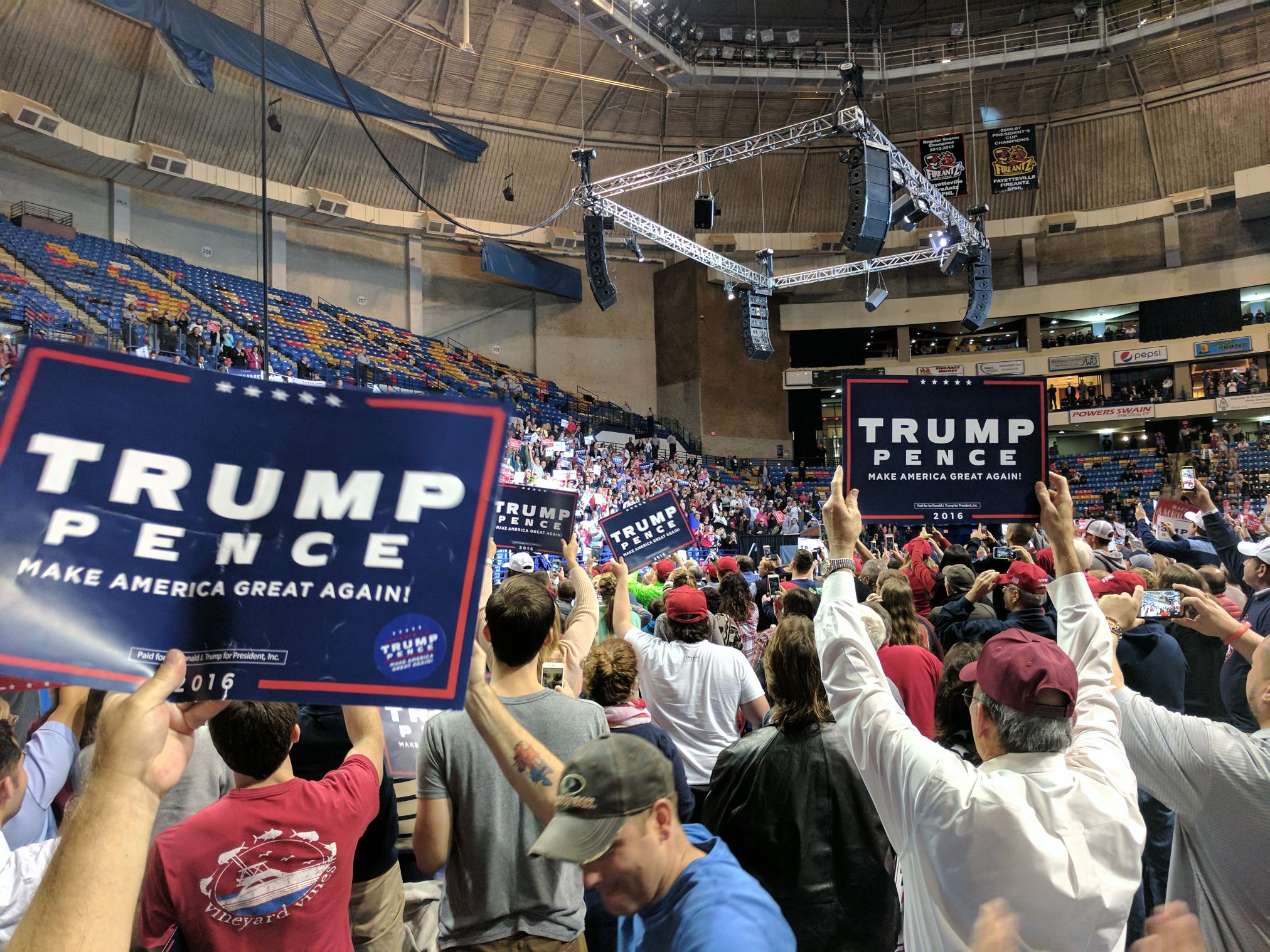 Before P-E Trump arrived and began his speech, there were a few speakers before him: Jimmy Dixon (an NC State Representative), Nat Robertson (Mayor of Fayetteville), a US Army Retired Chaplain led a prayer, Michael and Madison (father/daughter duo for National Anthem), Judge Lou Olivera, NC Commissioner of Labor Cherie Berry, Congressman Robert Pittenger, and Diamond and Silk. Governor Pat McCrory made an appearance at the event, but did not deliver a speech.

P-E Trump was scheduled to speak at 7pm, but due to flight difficulties (bad weather), he was unable to land in Fayetteville. He commented saying, “The drive from the airport here was longer than the flight.”

Once P-E Trump took the stage, he focused on the military. He said things like:

After stating these items, he officially and formally announced General James “Mad Dog” Mattis as his choice for Secretary of Defense. 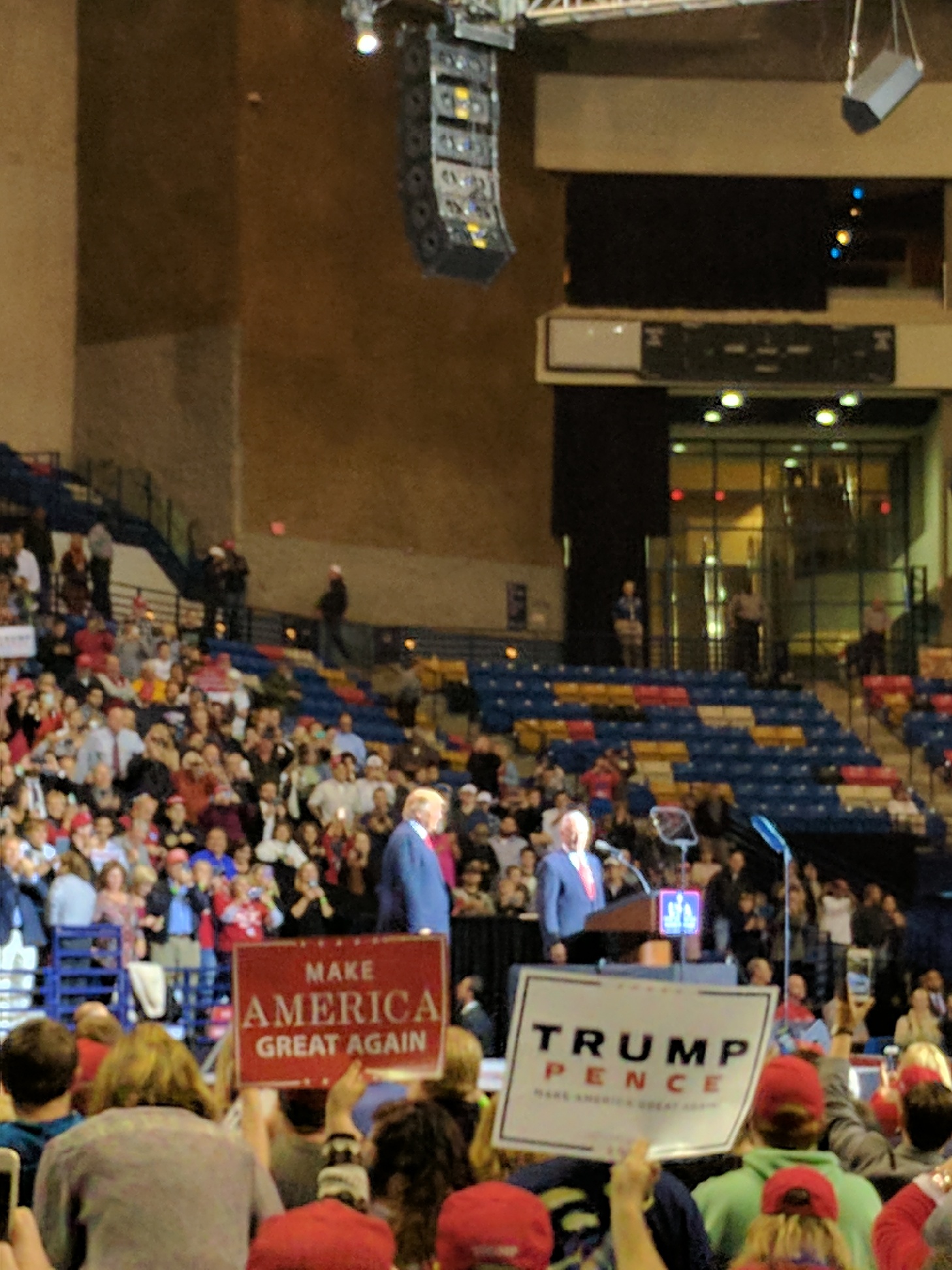 Here is what P-E Trump had to say about other topics:

We will lower the tax rates on businesses from 35% to 15%, have massive tax cuts for the middle-class, and eliminate wasteful regulations.

We will cancel job-killing energy regulations, conserve and protect our natural resources, improve infrastructure and America will have energy independence.

We will have two rules: By America and Hire America. We will re-negotiate trade deals, defend American workers and jobs, treat trade like war, and companies leaving the US then selling products back into US will face consequences.

We currently have surging premiums and providers being forced out. We will repeal and replace Obamacare and have a healthcare at a lower price with a lower deductible.

We will support our law enforcement. The crime rate is the highest it’s been in 40 years.

We will drain the swamp putting term limits on Congressmen and getting rid of insiders, issue a lifetime ban on officials lobbying for foreign governments, issue a five-year ban on executive lobbying and get rid of political correctness. 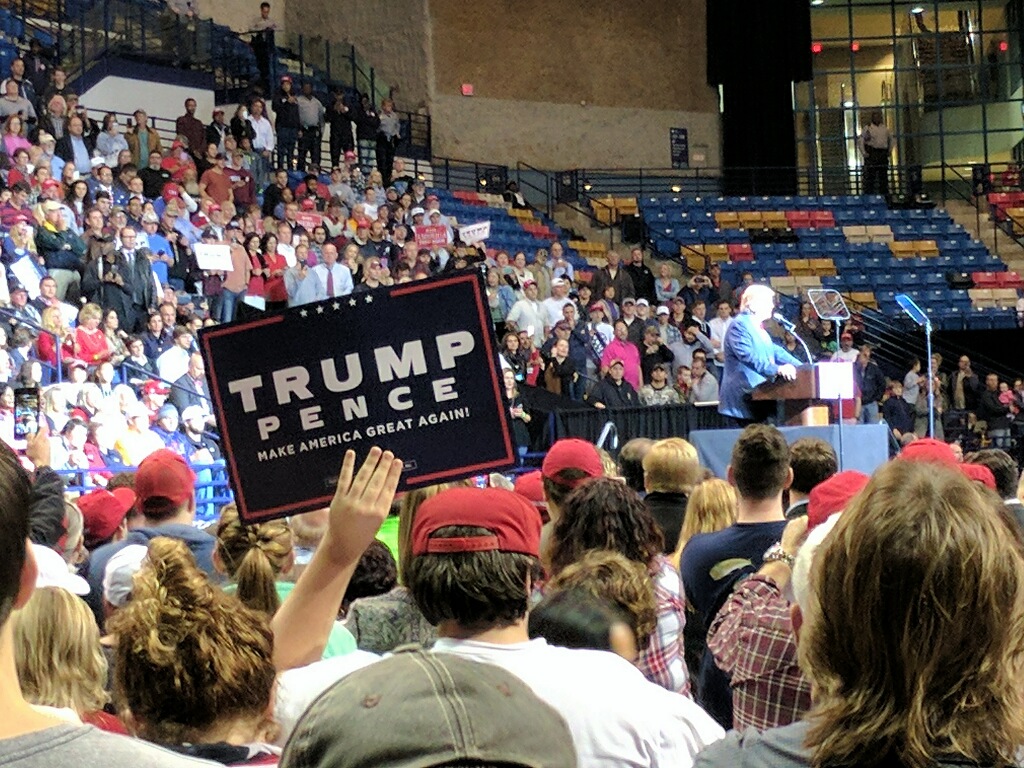 In closing, P-E Trump said, “We will re-establish the rule of law and defend our Constitution. We will respect our American flag again. No matter your background, I am asking you to join us. To dream big again. To believe in yourself, your country and your future. Altogether, we will make America stronger again, rich again and great again.”

Upon leaving this event, I felt much better about our future than I did before. I have been a supporter of Mr. Trump ever since the beginning when he announced his candidacy. I believe and trust in him. We all should take him seriously and embrace this new chapter of America. Remember, believe in yourself, your country and your future.