To preserve the anonymity of our sources, names have been changed.

Just like the other online dates she’d gone on, Emily was nervous. But this time was different — she’d never been paid to meet a man at a restaurant. It was also the first time she went out with someone almost twice her age.

It was just after lunch and not quite dinner time, so the restaurant wasn’t too busy. Emily wanted to meet at a spot where other people could see her, just to be safe. She replayed possible conversations in her head over and over, wondering how the exchange would finally play out.

"Meeting in a public place helped me feel safe and less distracted," she said.

An hour after schmoozing with the older man, Emily exited the coffee shop and pocketed $100. Why? Because Emily is a Sugar Baby.

I already racked up 20,000 in student debt… holy fuck kill me im gonna be a sugar baby now for real.

The University of Michigan student isn’t the only millennial in Ann Arbor to have such an encounter. In fact, Emily is one of 427 UMich undergraduate sugar babies swiping for sugar daddies, according to SeekingArrangements.com. Earlier this month, it was revealed that the maize and blue wolverines are #34 on the list of top using campuses as students are using Seeking Arrangements to pay for college.

This site is a way for females to log on, create a profile and quite literally, find Sugar Daddies.

So, how does it work? It's similar to Tinder or any other dating app. Make a profile, swipe through accounts and message someone to create an "arrangement."

If you think this is a form of prostitution, you're wrong. Not all arrangements end in sex or sexual favors. The agreements must be made by both parties. Some women are comfortable with that and some aren't. Sugar babies aren't expected to engage in sexual activity unless they so wish.

The SeekingArrangement website says that engaging in a relationship this way "levels the dating playing field by treating its sugar babies and sugar daddies as two partners, negotiating." A spokeswoman for the website explained that "Sugar Babies are not sex workers because they are not working, charging rates or being paid for time." Essentially, Sugar Babies are in a relationship with a man and the man just wants to give them gifts. These gifts are often in the form of money but some babies receive perfume or chocolate instead.

On top of that, the relationships created can be more than just this money arrangement as well, some have found mentorships, advice, maybe even a job connection.

But don't take it from me, take it from Emily, a homegrown maize and blue Sugar Baby. I sat down with Emily at Starbucks to find out the answers to all our burning questions.

While some people might find a large age gap between men and younger sugar babies concerning, Emily admits she favors silver foxes. "I'm attracted to men that are more mature," she said.

One night while they were hanging out, Emily's friend left the group to retrieve her mail. She returned with a lovely gift wrapped box of expensive perfume and admitted that it came from her Sugar Daddy.

Intrigued, Emily made her own account and started swiping. At first, it wasn't a serious interest of hers but her connections with some men grew and she found someone who she was comfortable with. 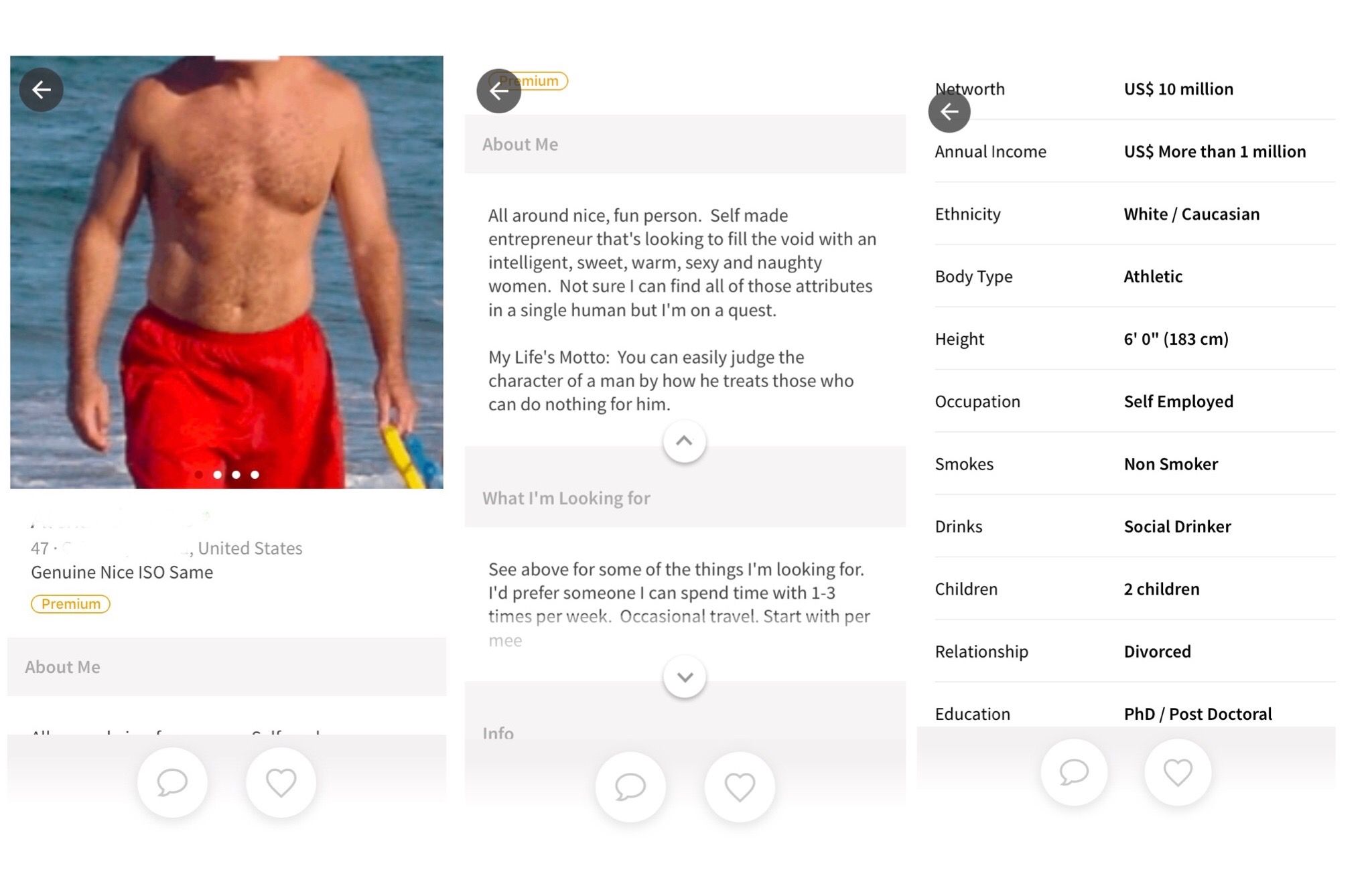 Eventually, Emily met a Sugar Daddy at a restaurant and their relationship flourished. He took her to nice dinners and offered to pay for her massages and spa treatments.

And how much does Emily make from those dates? "He would give me $500 for joining him," she said.

Emily's been on the site for two months and has made over $950 from her Daddy — that's some serious pocket money. He's also offered to pay for her rent and, utilities and tuition. On top of all that, Emily's Sugar Daddy offered her an internship at his mega company. For now, Emily's just engaging in date nights before it becomes too serious.

If that $950 ain't going to cut it for your bills, sex and physical stuff is what will really make the BIG cash. Emily isn't engaging in sexual favors with her Sugar Daddy, but those who do make at least $2800 a month.

"I prefer to spend my time talking to guys that are motivated to give you money when you entertain their feelings," Emily said.

I asked if she would ever engage in sex for money and Emily isn't opposed to the idea. "I can hook up with a guy, not like it, and feel no regret." The trick she says is to not allow yourself to conform to gender roles. Emily's still a powerful woman, she's just a powerful woman with cash from an older man now.

Her advice for people interested is simple: keep your private life private. You don't need to disclose all your information to these men right away if you're logging on. Don't meet up with someone who makes you uncomfortable and finally, Emily says do not give out bank information – ask for cash.

I can't wait to be a sugar baby, claw my way to the top and be successful then get my own sugar baby and help pay their student debt

So, would you be a sugar baby to pay for tent, utilities, or perhaps your tuition? Or are you gonna look for a campus job instead?