This is every UMich student you’ll find on Bumble

Swiping left through all the cliches

Turns out, the University of Michigan is the fourth most active college on Bumble. And honestly, I'm not surprised. I mean, our school offers a course called "The Rhetoric of Online Dating."

Bumble is the college dating app of the century. It's basically Tinder's hotter, younger brother that everyone low-key loves. Only women can instigate a conversation, but that's where the fun begins!

Is the entirety of U Michigan on Bumble or have I just swiped on 20 aggressively white guys named Matt working in finance who love "travel, dogs, and GO BLUE"??

You've got the frat bros, the "They don't even go here!" and those likely catfishes. To prepare you for your Bumble journey, let's walk through all the types of people you'll find on the glorious dating app.

Oh, fraternity men. How us girls love your half buttoned polos and Sperry boat shoes while you smoke a cigar with your bros. Or better yet, the messy frat basement pictures of you and your bros from last night's rager. You can count on every one of his pictures including at least five other dudes to make it impossible to discern who you're swiping on. He'll probably never message back because he's "just looking for a good time." 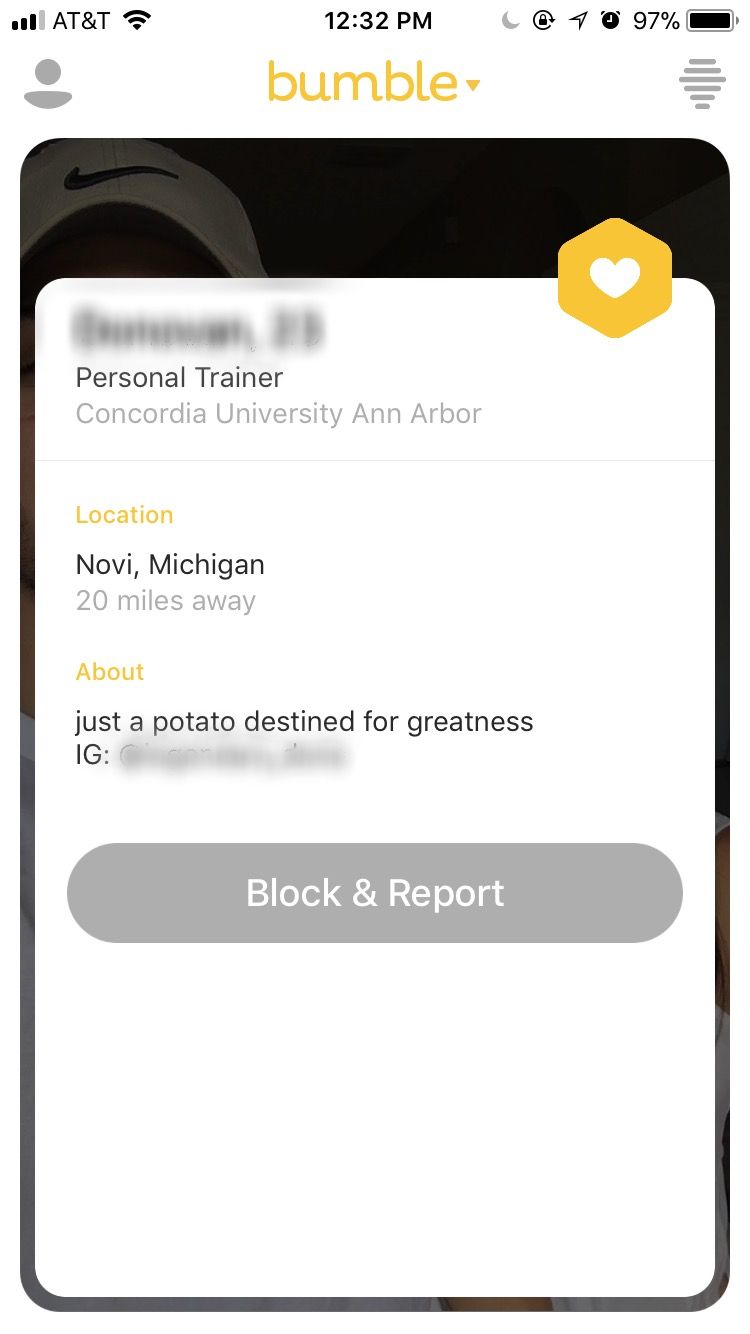 You know who I'm talking about. Those guys that don't have a college listed but live in the area doing who knows what. They're the weird girl in "Mean Girls" that cried about baking cakes — they don't even go here!! But, let's give them some credit because they almost always respond and are true and constant with those super likes. Because who doesn't love an intelligent, young woman?

There's always those guys that post pictures of themselves with girls hanging all over them. Like, what do they want us to think? Oh wow he's such a player? But like low key is she a sister? Cousin? Long time platonic best friend? LMK. 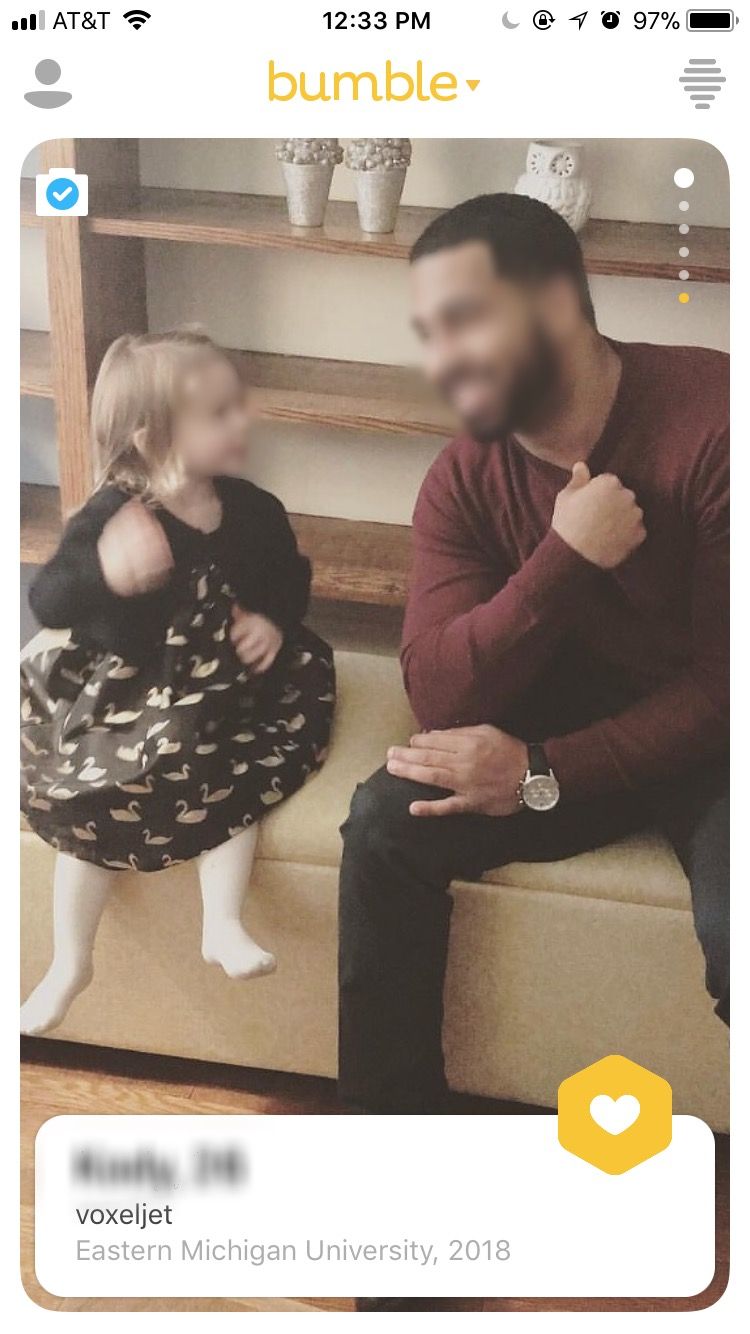 This one is actually low key creepy and almost as bad as "the player." These are the ones that have pics with children which immediately sends you into panic mode. Like, who's the parent? Is that his niece? Does he have a baby mama? Yikes. 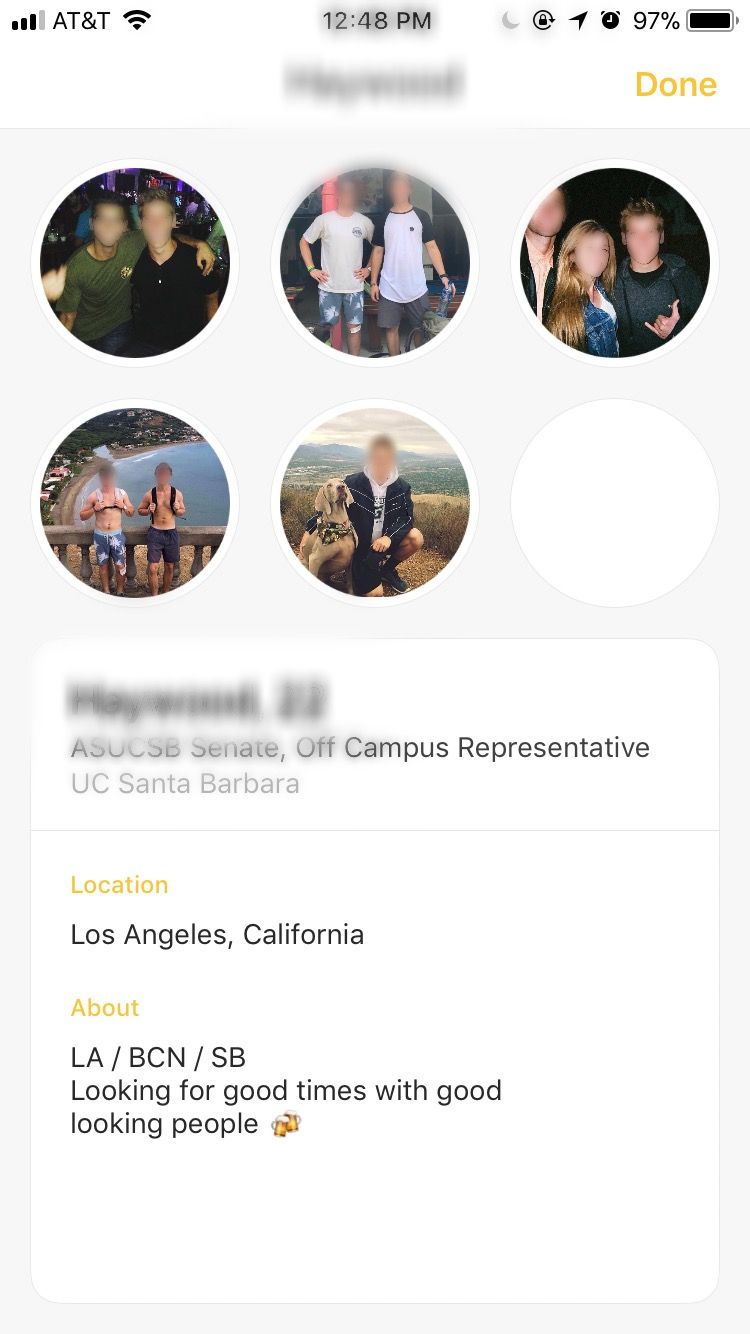 Did you know you can play Where's Waldo on Bumble while you swipe? Here's a classic example of a profile where a prospective bachelor hides himself in a group picture. Usually the lucky person you matched with isn't objectively cute, hence his strategic move to trick you into swiping right. But come on dude, I'm trying to meet Waldo. Not Waldo and friends! WHICH ON ARE YOU!?

Currently Binge watching @CatfishMTV Season 6…why are all the Catfishes from Michigan I'm terrified of everyone now! @Tinder @bumble_app

Sometimes you'll happen upon a rare profile of the most attractive man you've ever seen. When you miraculously match with him, you wonder what sexual prowess you possess that made him swipe right too. After exchanging witty banter, he helps you realize that you're a goddess more beautiful than any Amazon warrior. You set plans to meet for a drink, but alas! Your date doesn't look anything like the profile. Honey, you've been CATFISHED! Literally the WOAT. 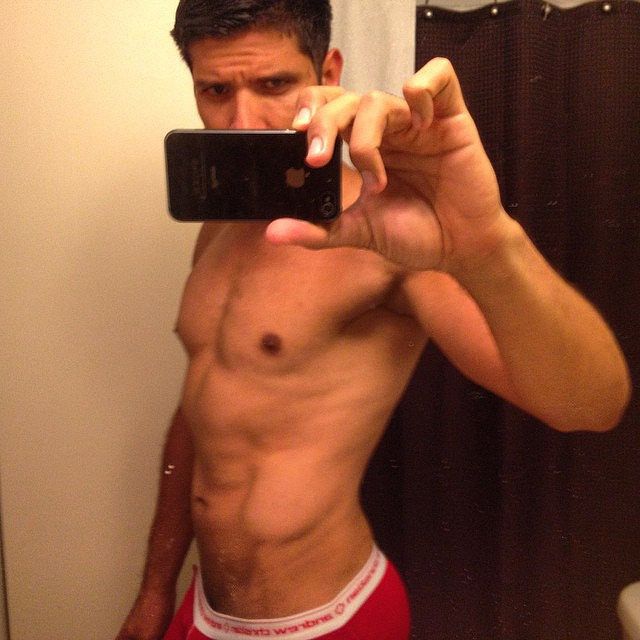 There's nothing I love more than swiping past mirror selfies of dudes flexing. Oh, and the slideshow of various muscle shots? SWOON! But actually, this Bumble type is depressing when you realize you haven't been to the gym in weeks and the only muscle you have is on your swiping thumb.

The ones who can't take a hint 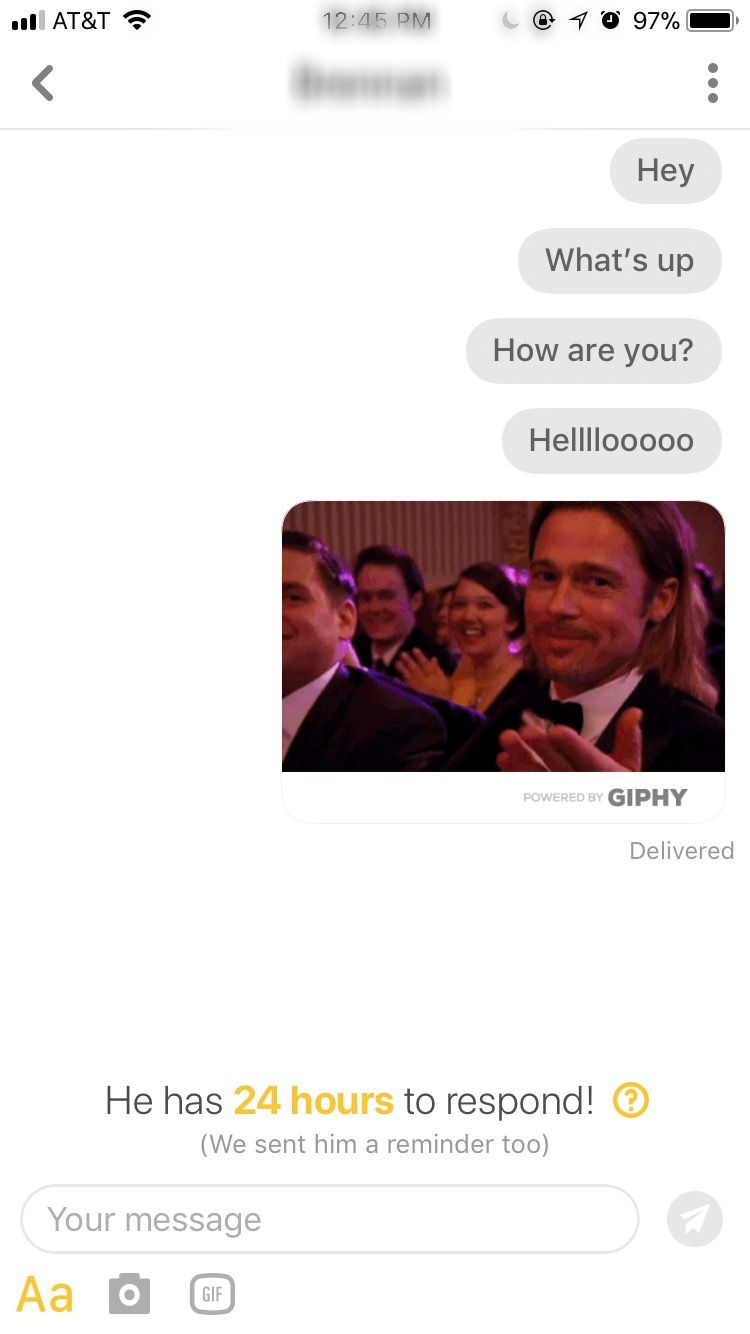 You hate to see it when you message someone for funsies and the conversation is totally dull so you go on ghost mode, thinking it's completely mutual. But then you get that message a day later "Great talk. Really, 10/10." Like who decides who can and cannot respond?

Basically these guys are the future Phil Dunphy with their family photo shoot pictures on their profile. Aw, cute —they must be wholesome! But honestly, if my mom knew she was featured on my Bumble she would put a no-no on that.