The man is unidentified

From 7am on Monday morning until 3:30am Tuesday, UMich students watched UMich student Dana Greene kneel on The Diag to silently protest the hate crimes targeting black students on the Ann Arbor campus.

He kneeled for 21 hours while supporters left umbrellas, water, food and yoga mats around him. Many of them kneeled with Greene.

Over the course of the day, the entire Diag became covered in "Black Lives Matter" and anti-racists slogans written in chalk. 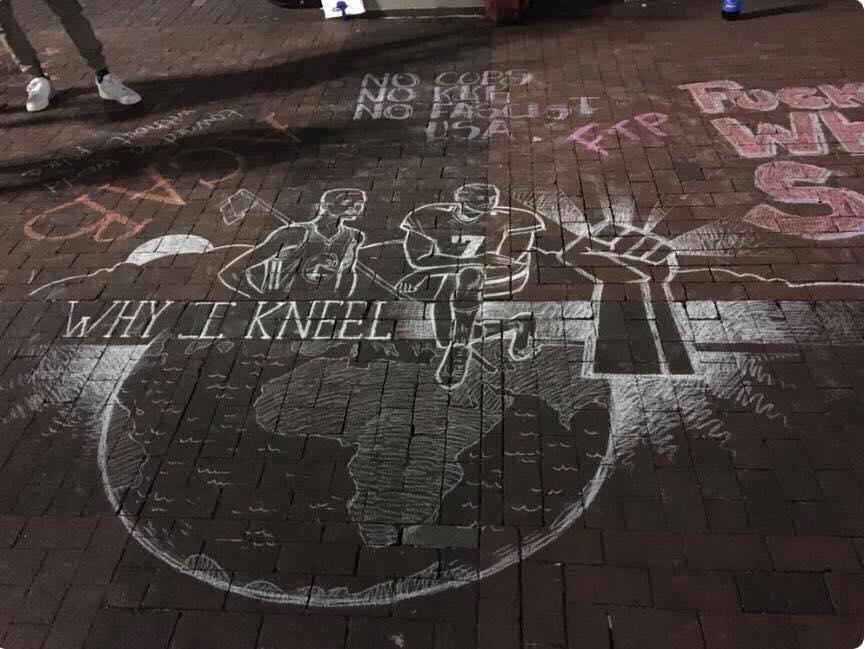 The night after Dana Greene left the scene, an unidentified white man urinated on the M that surrounded by "Black Lives Matter" graffiti.

UMich student Hoai An Pham shared the Snapchat video of the man peeing on the 'M'.

"Tell me again that we live in a post racial world," Pham wrote.

Students reacted immediately, sharing their disgust for this man's actions.

It's sickening to watch a man like Dana Greene fight for equality in a silent and peaceful way only to be disrespected by a white, arrogant man who disgraced all Greene's work and The Diag.

His actions prompt the question: when will these racist acts end? Is there an end? What will Michigan do? What are the next steps? And seriously, Schlissel, what are you going to do?