Delta Sigma Phi posted a welcome week party that was NOT well received.

It's not even the beginning of the school year, but here we are.

On August 18th, Delta Sigma Phi posted a welcome week party that was NOT well received.

Named "The Nile", this party called for people to "get [their] best ancient Egyptian robe and headdress and be ready to party in the desert" and to "come to Delta Sig as a mummy, Cleopatra, or King Tut, it doesn't matter to us." 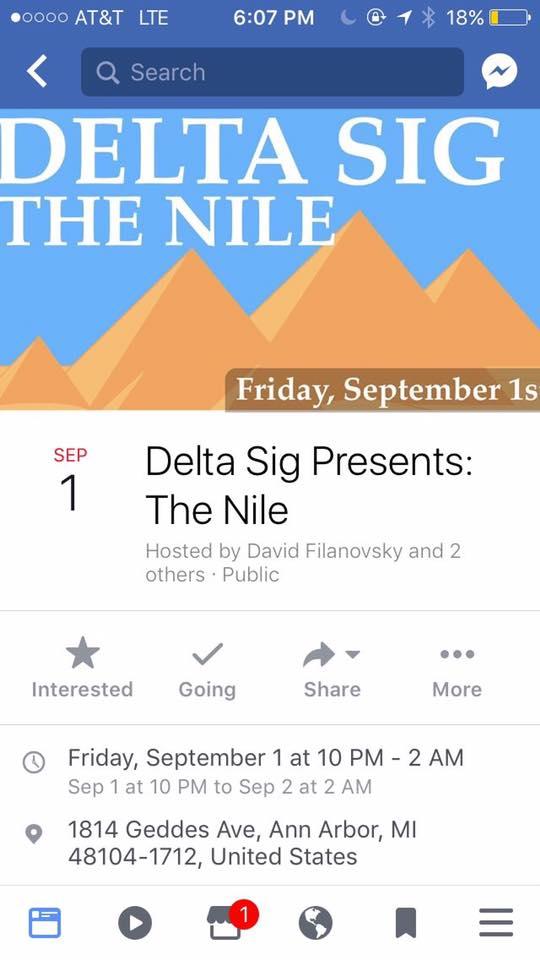 This did not go over well with President of the Egyptian Student Association, Yasmeen Afifi.

In a lengthy Facebook post, Yasmeen wrote, "It is more saddening to see students from the top public university in the United States engaging in these ignorant stereotypes. My Egyptian roots are far more significant than a simple costume or a lame party. I take pride in the grandeur of my people’s legacy and will not allow my culture to be appropriated for your entertainment," citing their "ignorance" and "disrespect" toward ancient Egypt.

After this statement, Delta Sig canceled their party and posted an apology, announcing that it "would never be the intention to make any group…feel unwelcome or uncomfortable." 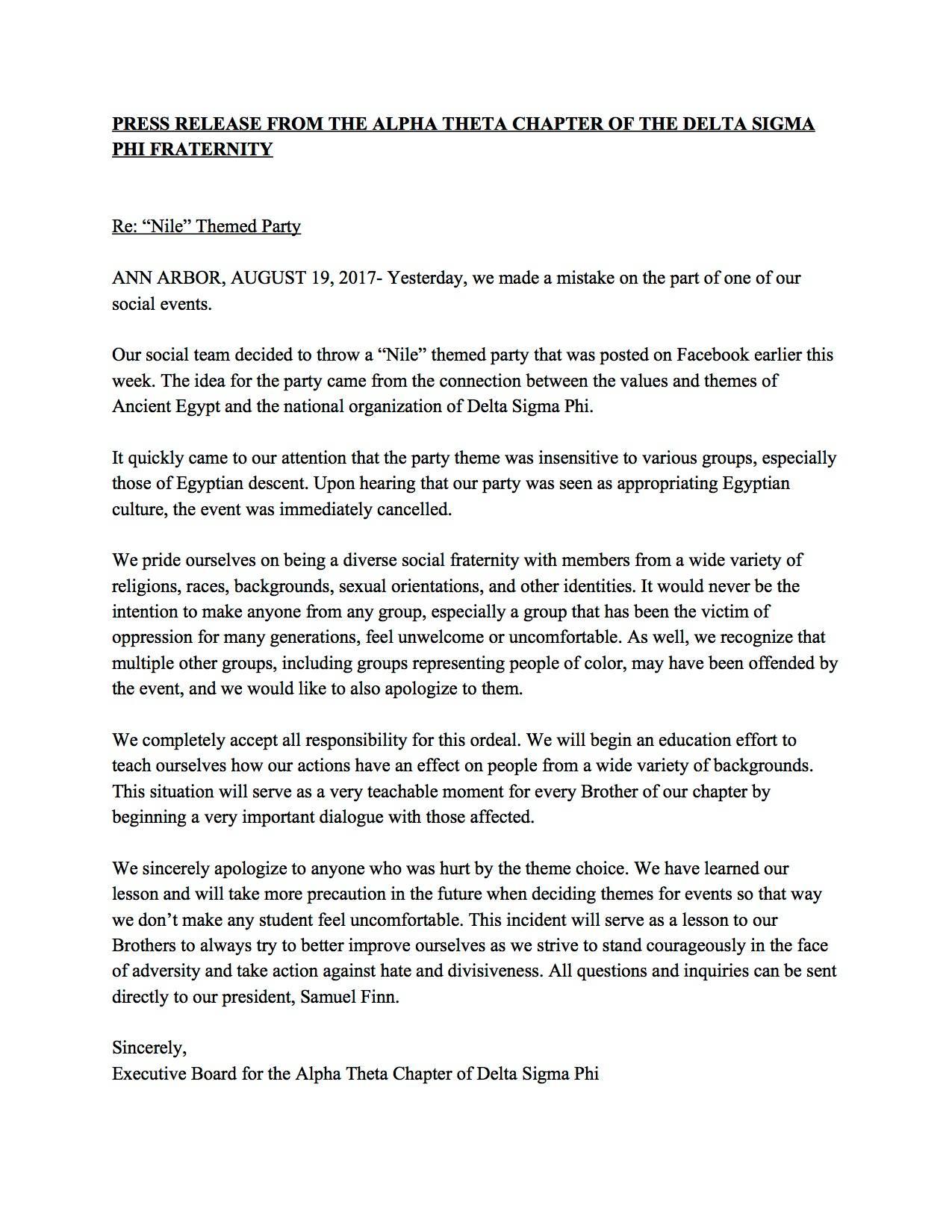 The Egyptian Student Organization has refused to give an official response to Delta Sig until the chapter rewrites their apology. Yasmeen stated that "it's evident people don't understand the history behind this issue and I think the only way to combat ignorance is through education." She told the Michigan Daily that she feels as though the fraternity's apology was "cliche and made the issue feel very surface level."

She went on to say, "we agreed on them rewriting their statement after doing extensive research on my culture."

Others like Grant Strobl, a leader of the Young Americans for Freedom chapter at the University of Michigan, also weighed in on this issue. He told the Washington Examiner that "one of the many victims of political correctness is fun" and that he was ""disappointed in [Delta Sigma Phi] for apologizing for something they have no need to apologize for."

But what do University of Michigan students actually think about this issue?