Everything that went down at the Ann Arbor Women’s March

“This is how we come together.”

On Saturday, thousands of people, students and community members alike, made their way to 5th and Liberty to take part in the Ann Arbor Women’s March. From 1:30 pm to 4 pm, people of all different backgrounds filled the streets.

From advocates that had a very specific cause… 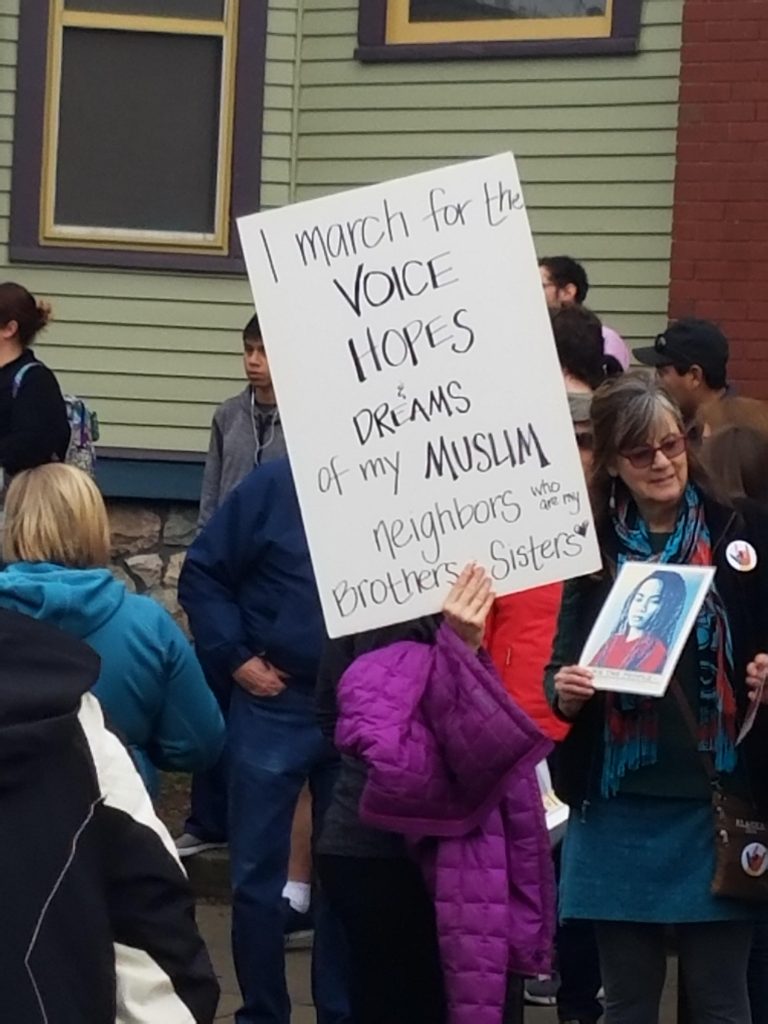 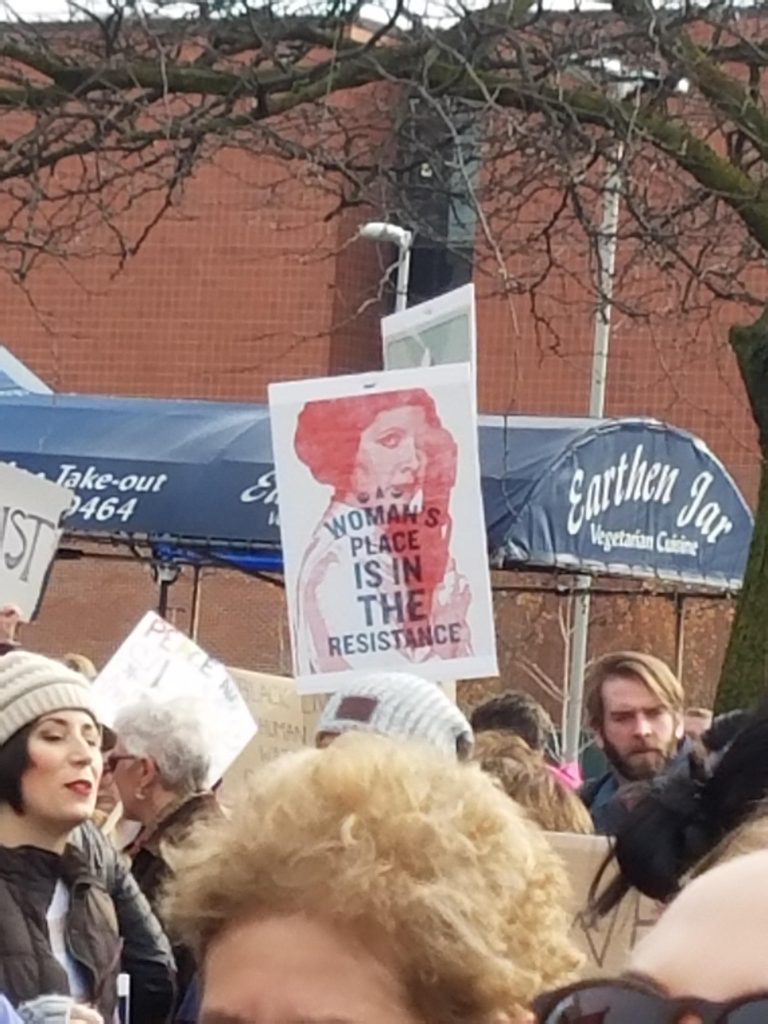 ..to corgis and corgi supporters 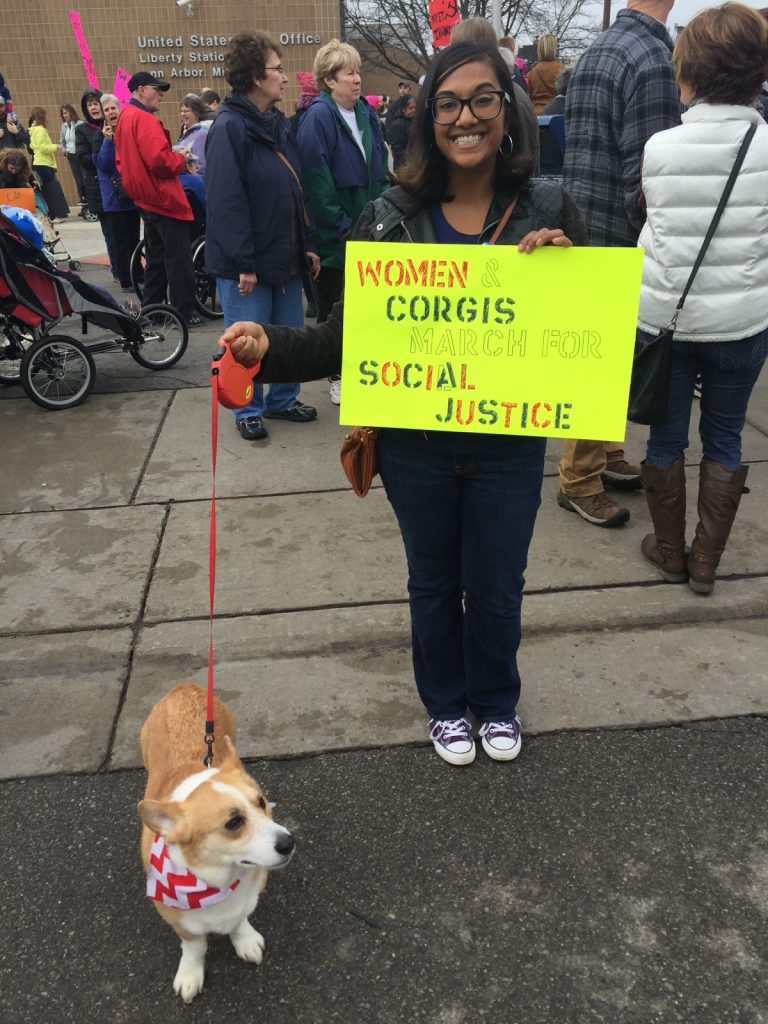 …they all turned out for one thing: to stand with minorities and show the nation that the fight for equality has not been lost.

The protestors headed up Liberty Street and rounded Main chanting the familiar slogan “Love Trumps Hate!” Some even participated from nearby homes, quite literally shouting from the rooftops.

They made their way into the diag, where protestors listened to multiple speakers, who talked about a variety of issues including race, gender, immigration, and the economy. 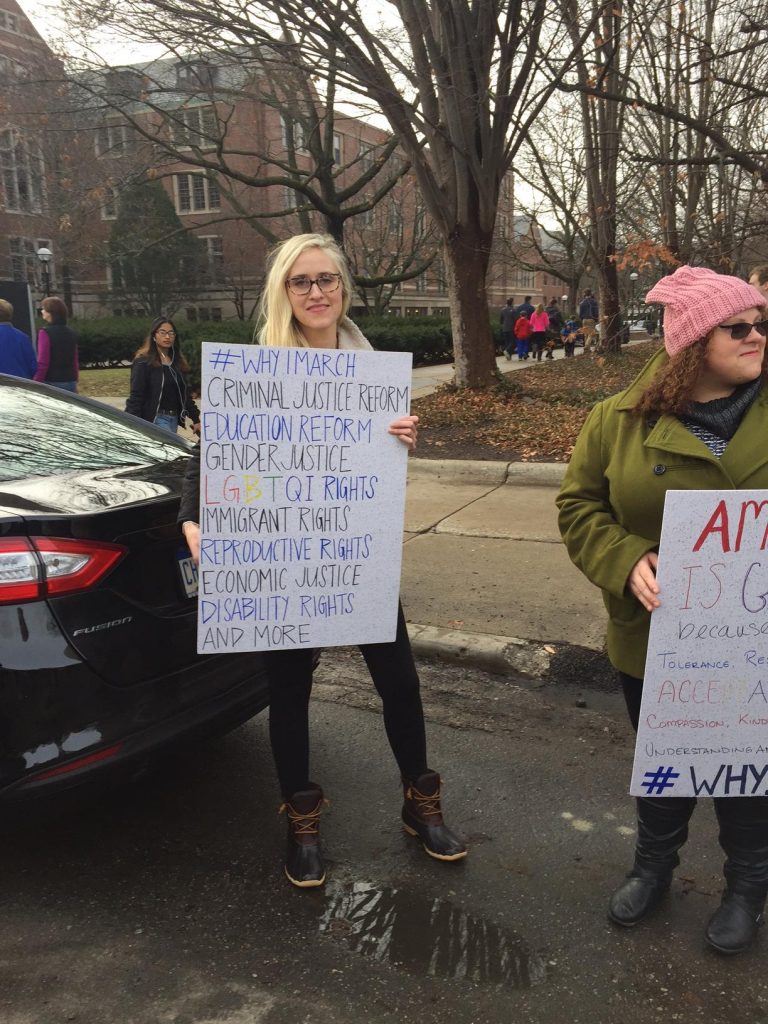 Community & Civil Rights Activist Michelle Elizabeth Brown touched on many topics, including a living wage, a wage not based upon gender, marriage equality, access to education, and affordable housing.

Labor Organizer & UAW Vice President Cindy Estrada reached out to parents and teachers in the crowd, beginning her speech saying, “One thing my son said to me this morning was, ‘Look at all the different slogans on the signs, all the different issues,’ and I said to him ‘This is how we come together.'”

Congresswoman Debbie Dingell, who spoke last, reflected on the decades of oppression of women and minorities that characterizes American history, promising, “We will not go back to those days.”  The rally ended with the crowd chanting her name.

The day was filled with highs and lows for demonstrators, as speakers highighted the fear they felt after yesterday’s inauguration. However, through it all, there was a palpable sense of hope, a feeling best summed up by something that Dingell said before the crowd dispersed: “We are here, we are united, and our voices will be heard.”