Meet the frat guys protecting the M from MSU

Yes, they actually sleep outside for the week

Since the beginning of time, the University of Michigan and Michigan State fans have absolutely, without a doubt, hated each other.  In that history, there has been a lengthy record of both universities tagging each other’s campuses, including painting a Michigan jersey on the Magic Johnson statue in front of the Breslin Center at Michigan State, and also using the spray paint on the beloved block M in the center of the Diag to spell out MSU. Even though our campus has been attacked with green and white paint before, there’s no need to worry anymore.

You may have noticed the group of guys just chilling right in the middle of the Diag. If not, look up from your phone on the way to class. The men of the Theta Xi fraternity have taken it upon themselves to guard the most iconic spot on campus – the brass M in the heart of the Diag. Every year during the week leading up to the big rivalry game between the Wolverines and the Spartans, the guys stay on watch, 24/7, to protect the M from MSU vandals. We spoke to Patrick McGrath, the philanthropy chair of the Theta Xi fraternity on campus, about this long-standing tradition. 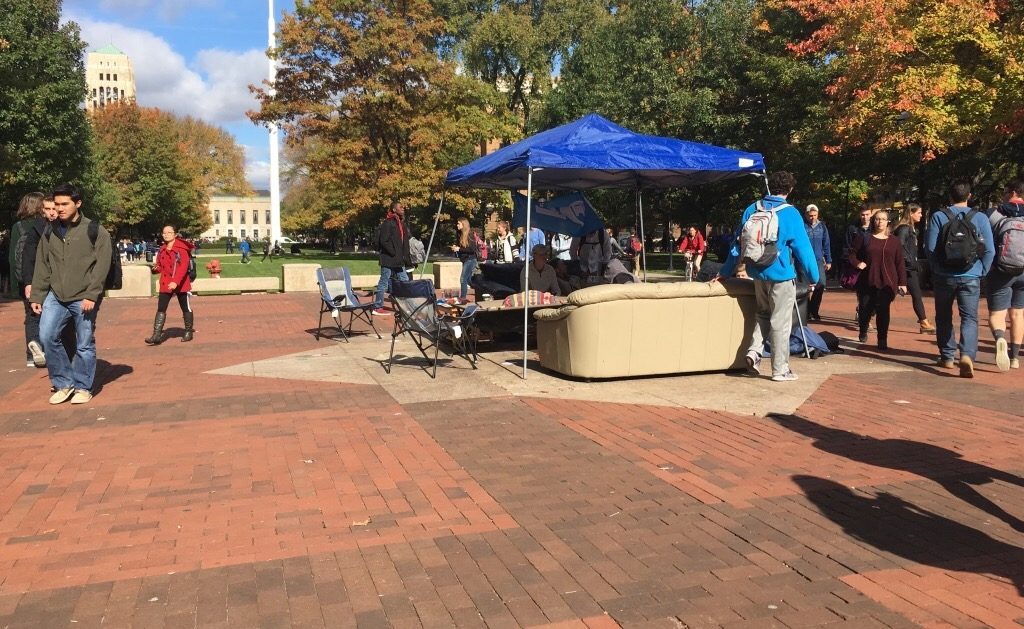 How did “Defend the Diag” get started?

The brothers of Theta Xi started the tradition back in 1999 as a fundraiser for the National Multiple Sclerosis Society, which is the official national charity of Theta Xi. The Society focuses on finding a cure and also bettering the lives of people stricken by MS. Every year since, we’ve been doing it. Last year we raised $4,000 for the Society, and this year we’re aiming to surpass $5,000.

Has a Spartan ever been successful in vandalizing the M during your defense week?

Unfortunately, yes. Three years ago there we were out there when we were told there was a candlelight vigil to be held for a victim of police brutality, so we understandably had to leave our post for a bit. In that time frame the M had been attacked. Now we make sure to book the Diag way in advance, at the beginning of summer each year, just to make sure the space is ours.

Do you guys actually sleep outside and do homework there all week?

Definitely, and surprisingly a lot of work gets done. Guys are out there working on things like EECS and readings for classes. It’s actually really fun, and a great way for the brothers to spend time to get to know each other. As for sleep, it gets extremely cold. We actually hauled the couches from our house to the Diag for the week for comfort.

I’m assuming you all take shifts? How long are they?

During the day we have hourly shifts – school comes first! Overnight though, shifts go from 11pm to 8am. We have to go home and shower eventually. 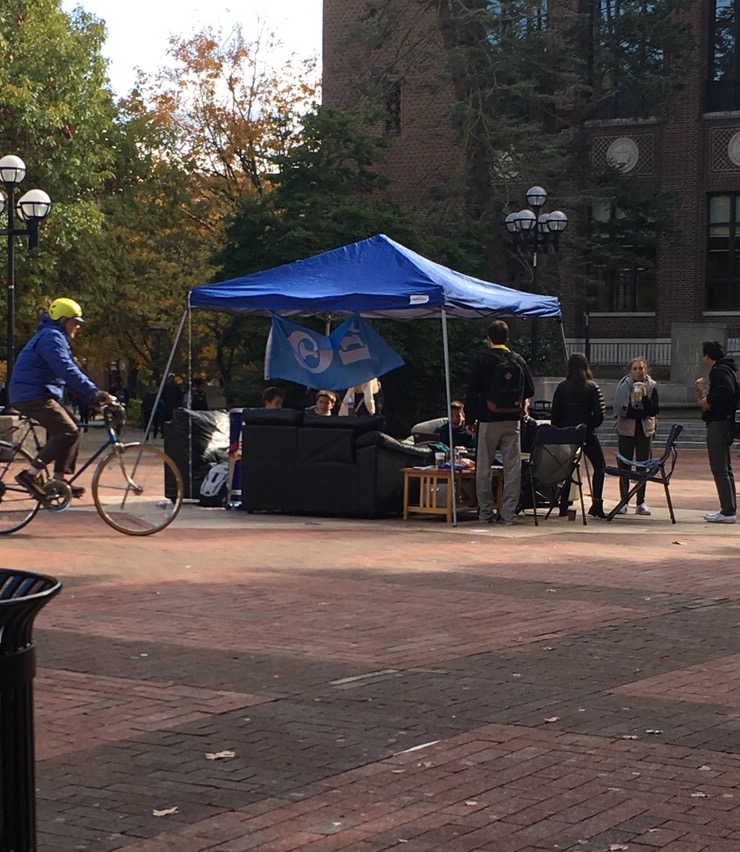 Has anyone accidentally stepped on the M while protecting it?

Well, we like to proclaim that we are exempt from the blue book curse for the week. I mean, we’re protecting it after all. I’m pretty sure Schlissel released an official statement that we’re allowed to for rivalry week only.

Remember the Wolverine statue that was tagged with a white S last year? Will you guys ever expand your protective services to other campus treasures?

I’ll be honest with you: probably not. When people think of the University of Michigan, they don’t think about the Wolverine statue on North Campus, they think about the block M, which is the the heart of campus. 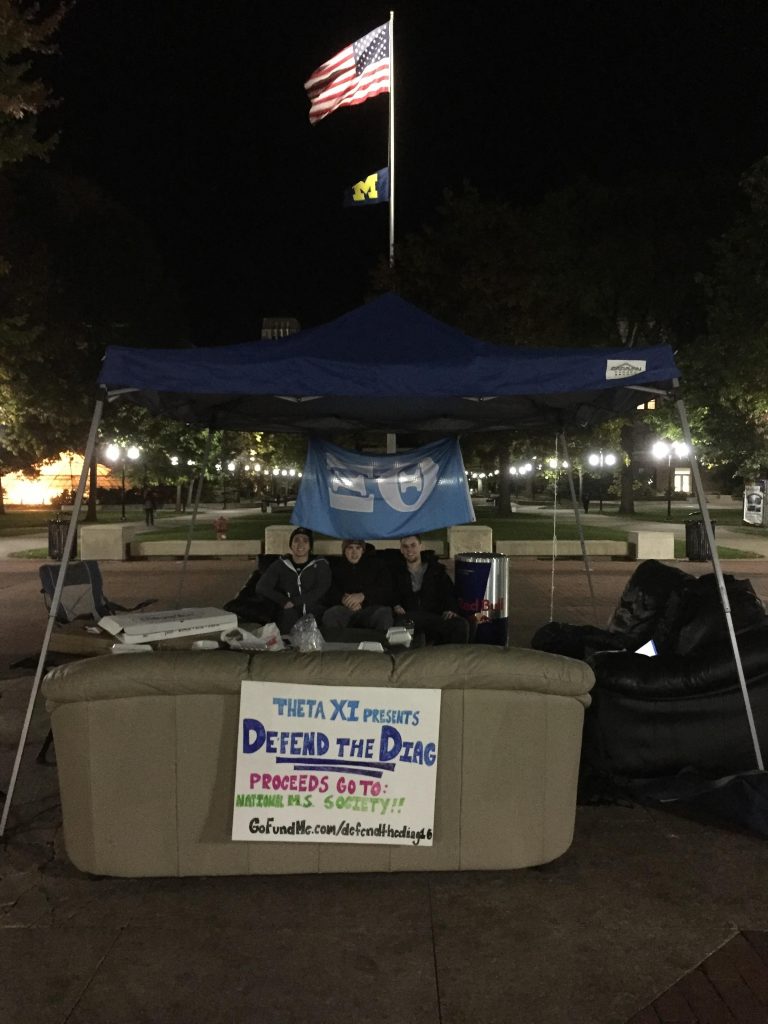 For the rest of the week, you can catch the guys of Theta Xi out on the Diag until Saturday right before the game. Stop by, talk to them, and bring them snacks or some hot cocoa! After all, they are defending our home.

You can support the men and donate to the National Multiple Sclerosis Society by clicking here.