We asked people what their first AIM screen name was

The shame is real

AOL Instant Messenger: the prehistoric version of Facebook Messenger and Twitter DMing. Having an AIM account would basically thrust you to the top of any social pyramid in the early 2000s, which would make you cooler than that bitch Britney, whose parents let her dye her hair. UGH.

Anyways, the coolest part about AIM? You got to create your very own screen name, that the younger version of you most likely thought was super ballin’. Fast forward to present day. Your screen name is now like a bad tattoo, and you have enough shameful tears to fill a kiddy pool. Because these screen names are so precious and hilarious, we walked around the University of Michigan campus, and asked students what their first AIM screen name was, and why they chose their title. Here’s what we got. 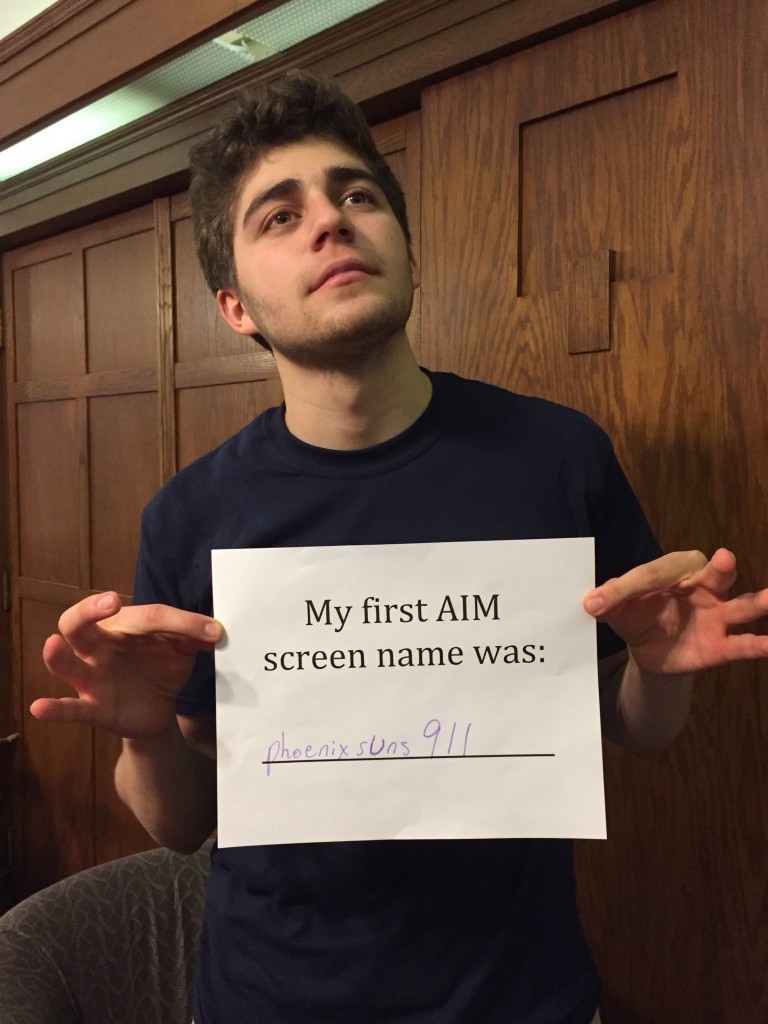 Why: “Shaq used to play, and what can I say, I really like them.” 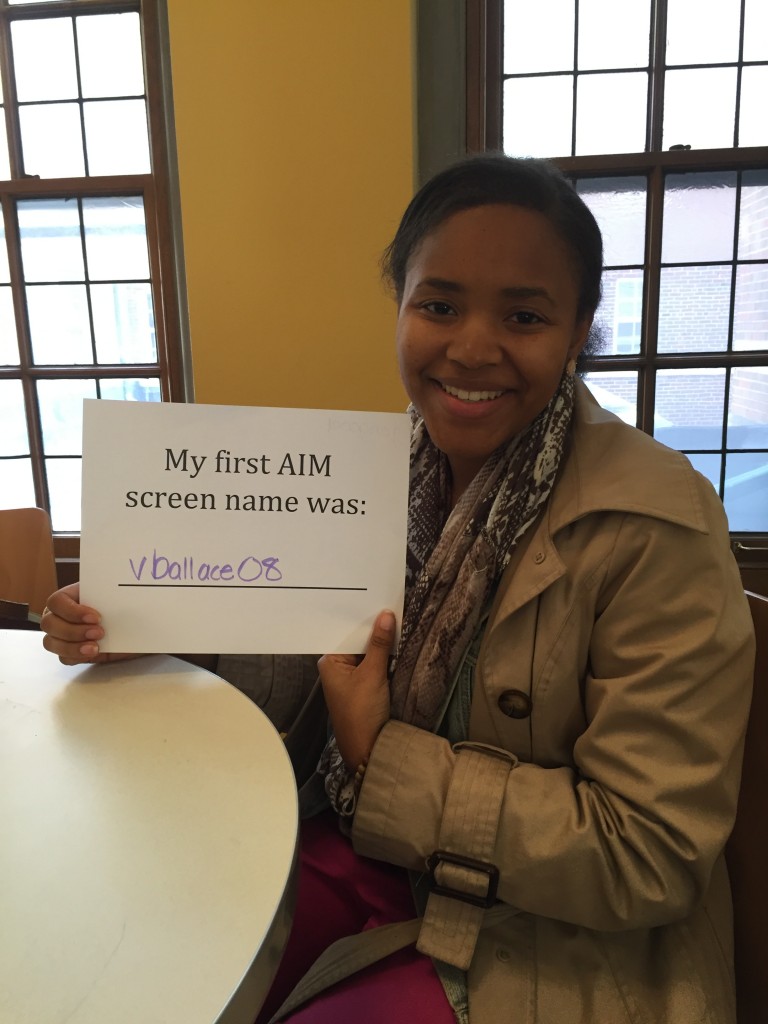 Why: “It was my favorite sport in middle school. That was when I peaked.” 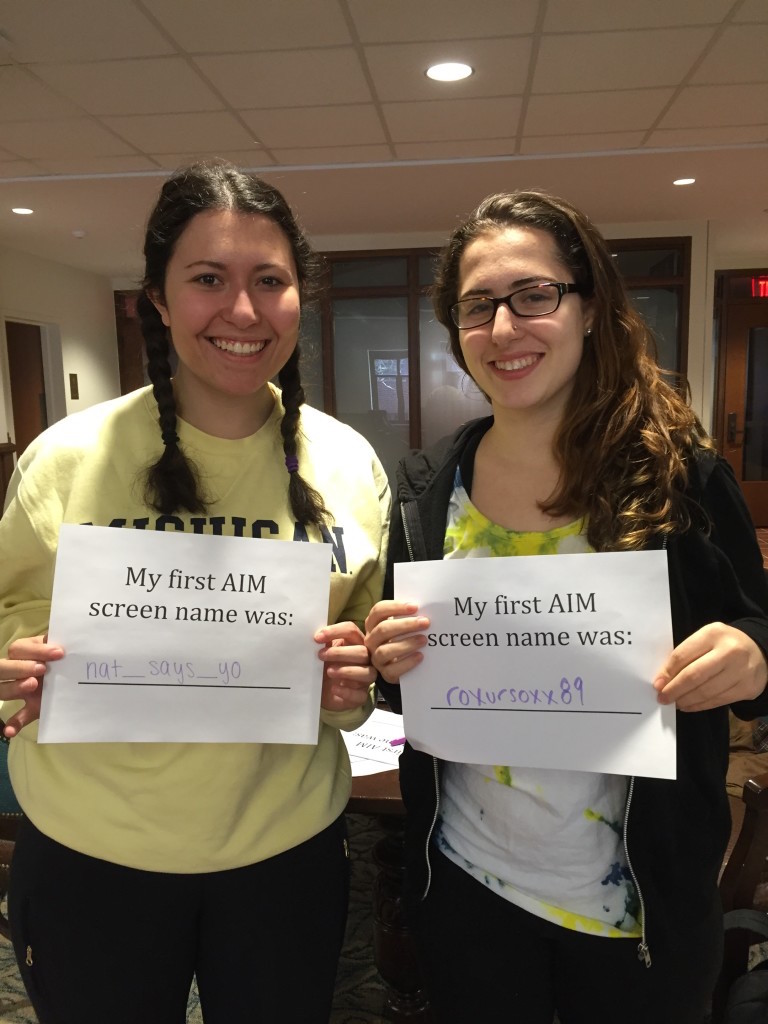 Why: “My friend Lily’s screen name was ‘lily_says_yo’ and I thought she was cool, so I did it too.”

Why: “I actually rock people’s socks. Also, 8 and 9 were the bunk numbers I had at summer camp growing up.” 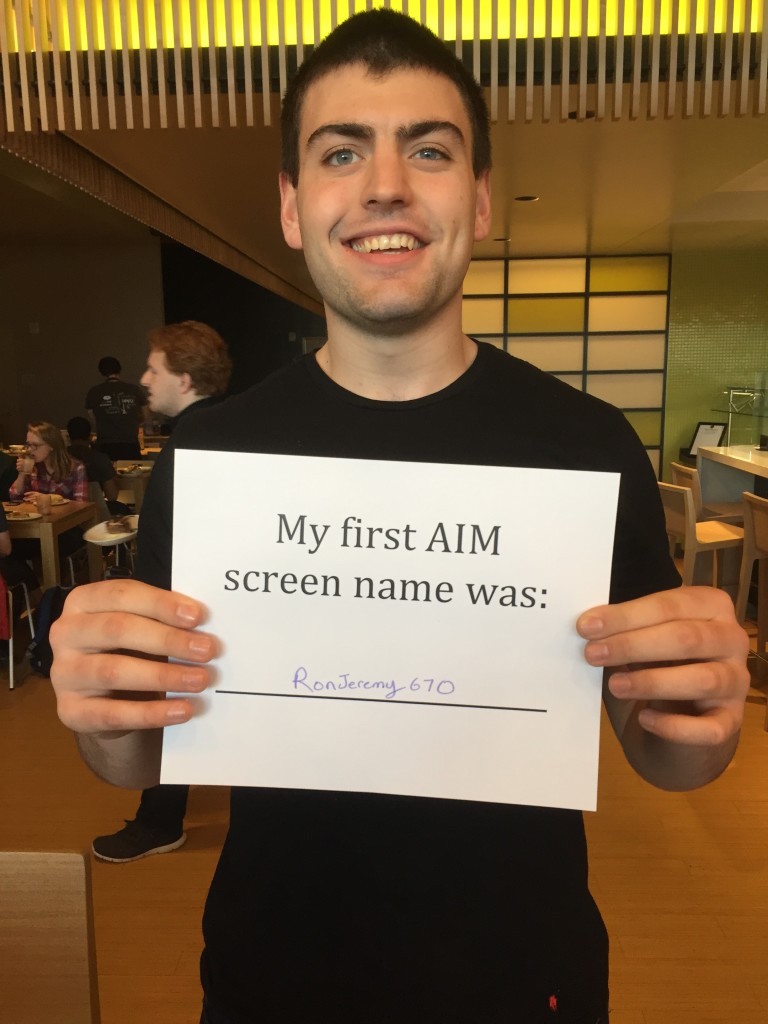 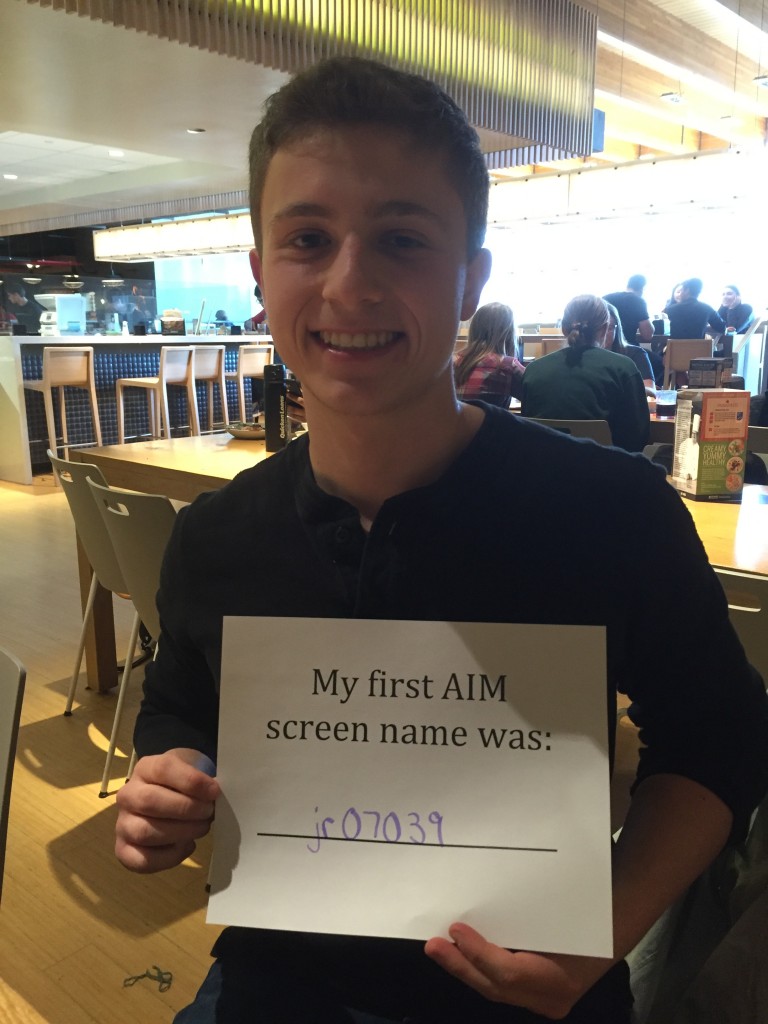 Why: “Those are my initials and my zip code growing up. Actually, my dad made my screen name for me. I’m from NJ.” 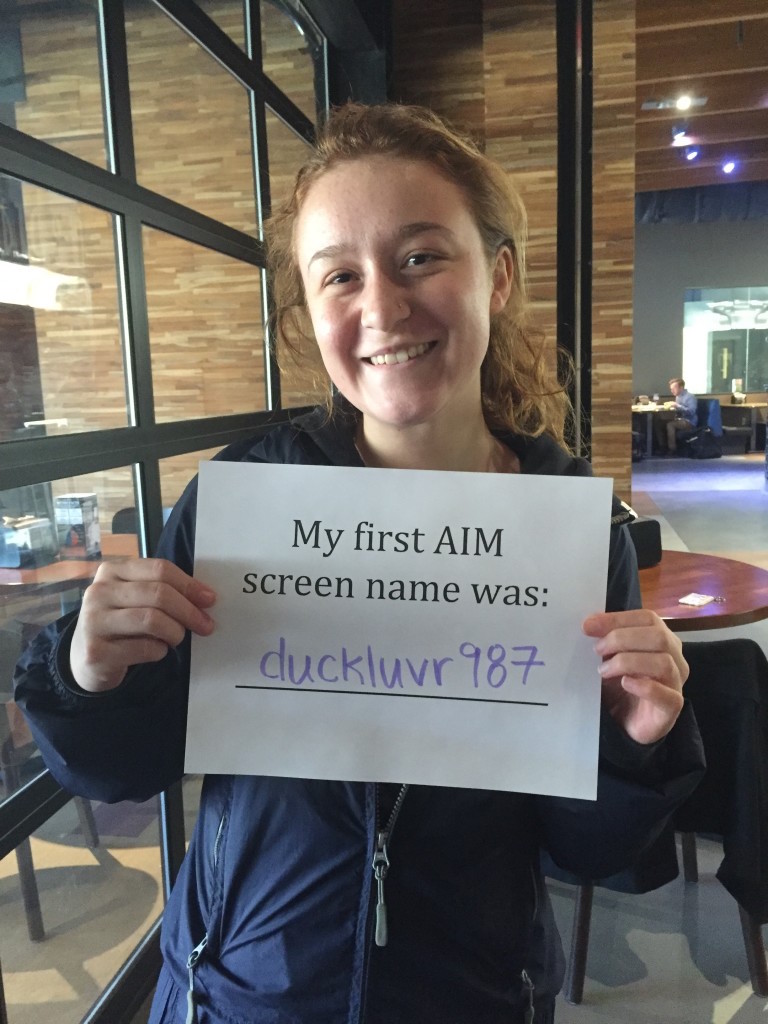 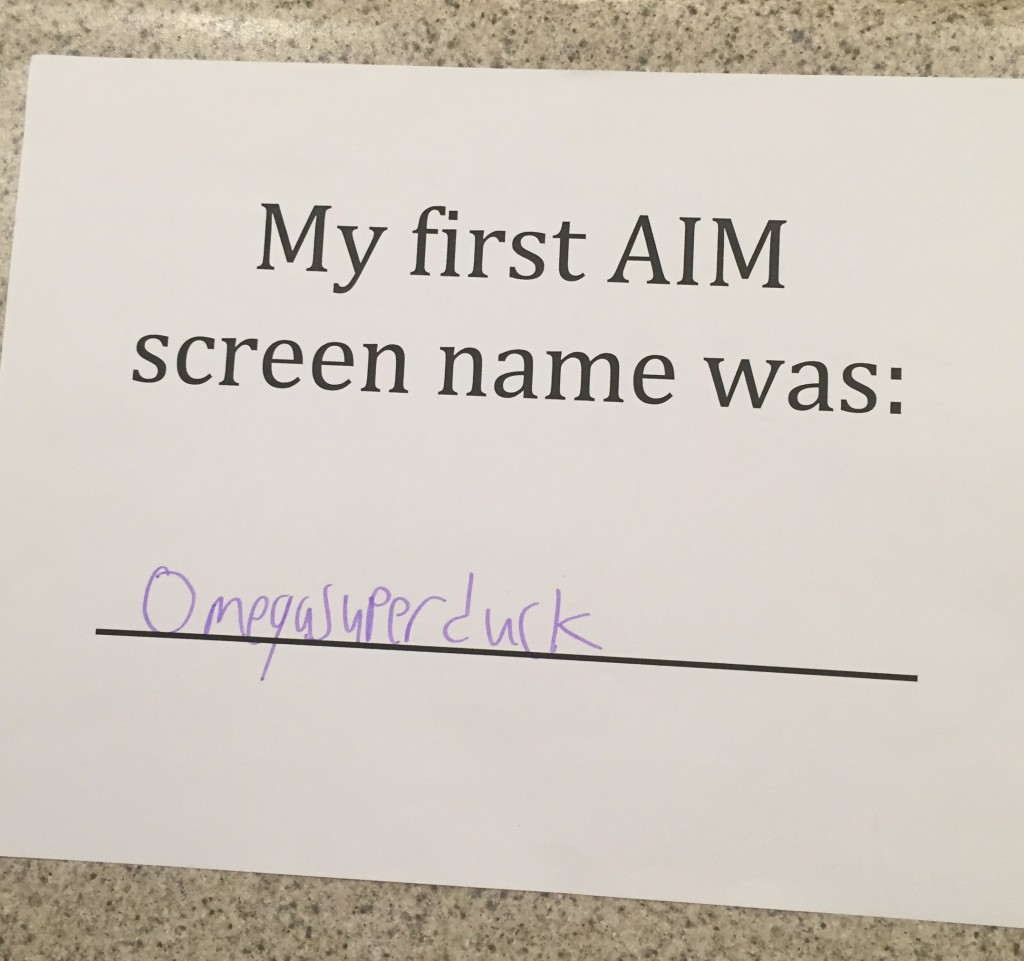 This person’s shame was so intense, they insisted on not being photographed.

Why: “Well, we had a weekly spelling list when I was in 6th grade, and we had to write sentences using the words. I thought it would be funny if I wrote all of my sentences about ducks, so I did. It became so intense, I did it for the rest of the year, and even used for my screen name.”

Today, kids are sliding into each other’s DMs left and right. Let’s #TBT to the good old days, though: Slide into my buddy list, and maybe we can roller blade our way to Hot Topic while eating Ring Pops.