We need to talk about mental health at UMich

‘I tried CAPS but the waiting list was too long’

Mental health at Michigan has always been a hot topic. From the controversy about the effectiveness of CAPS to the lack of widespread discussion by the university about mental health issues, students often aren’t receiving the help they need.

This can disproportionately affect freshmen — in your first year, you’re entering a new environment, and if you have no one who you feel you can talk to, it’s terrifying. If you begin to feel like you can’t handle it, it’s not going to be easy to reach out to people you don’t even know. 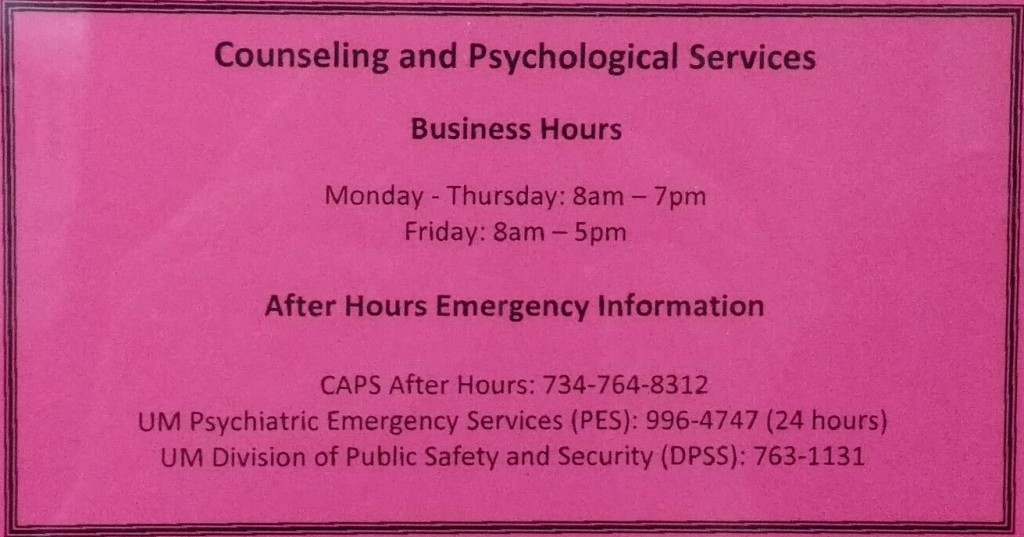 “Most people came into U of M already knowing each other, or they joined Greek life and made friends that way.

“I didn’t have the stereotypical becoming-best-friends-with-your-dorm-mates that my high school friends at other schools were experiencing.”

Psychology major and sophomore Alyssa Steinhoff describes her freshman single in Bursley similarly, saying: “I felt like I was totally cut off from everyone, and I spent at least the first week hiding in my room and calling my parents three times a day even though they were only 15 minutes away.”

Molly Wawro, a sophomore studying Nursing, who lived in Northwood, described her experience as “very isolating, definitely not a place for freshmen.

“Once I was back on North campus for the night, I didn’t want to have to go all the way down to central just to see people or do something.”

It’s easy to brush these feelings off as freshman blues. It’s assumed most people will adjust to their environment after their first fears subside, but, in a lot of cases, they don’t. Peters says her mild depression “significantly worsened freshman year.”

Steinhoff, who had been excited to go to college, said: “The transition from home to school (even though it was literally a 20 minute move) made my life way harder.” 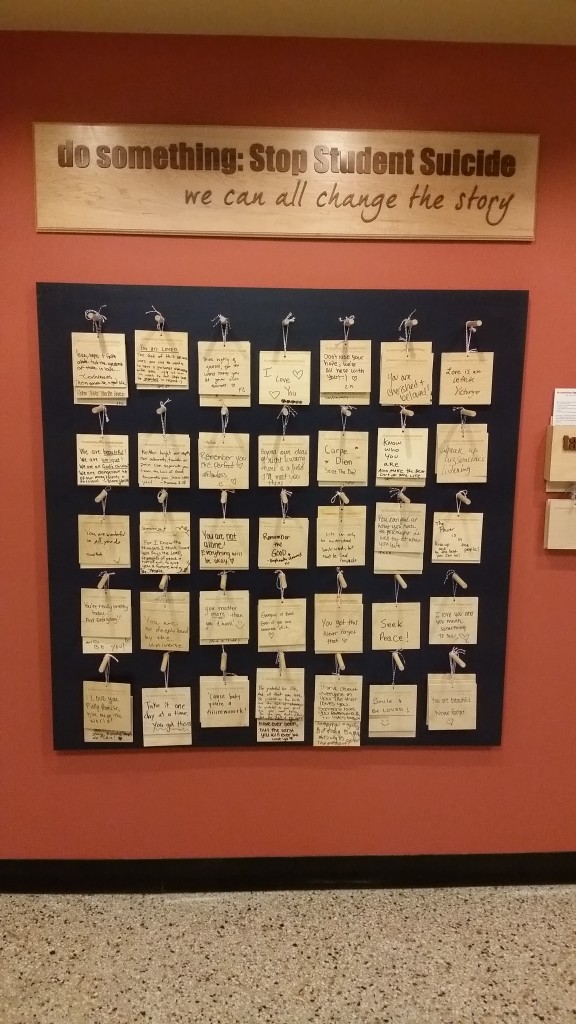 An anonymous Michigan senior studying Bio-psychology, Cognition and Neuroscience, who had experienced what she and her family thought were mood swings before she came to Michigan, didn’t want to seek help when her roommate noticed her mental state changing. “I was extremely embarrassed because freshman year, you’re supposed to have the time of your life and post on social media all the time about how your school is better than everyone else’s. I didn’t want my high school friends looking at my college life and thinking, it looks like she’s having a terrible time.”

How do students get help?

This monumental step in recognizing you have a problem and seeking out help alone is not always treated with the respect and delicacy it deserves. An anonymous junior in LSA tried to go to CAPS and describes it as “the worst thing [she] could have done.”

“The receptionist was so rude and nonchalant from the start, and the woman I talked to seemed more interested in me not bad-mouthing North Campus than actually helping me feel better,” she recalled. “I kept trying to tell her what it was like to be that isolated because I really did feel like that was the biggest issue, and she just kept shooting down my feelings and saying that most people love North Campus.”

Wawro ended up using CAPS services as well, but had a much better experience: “I started going to CAPS regularly; I loved my therapist.” 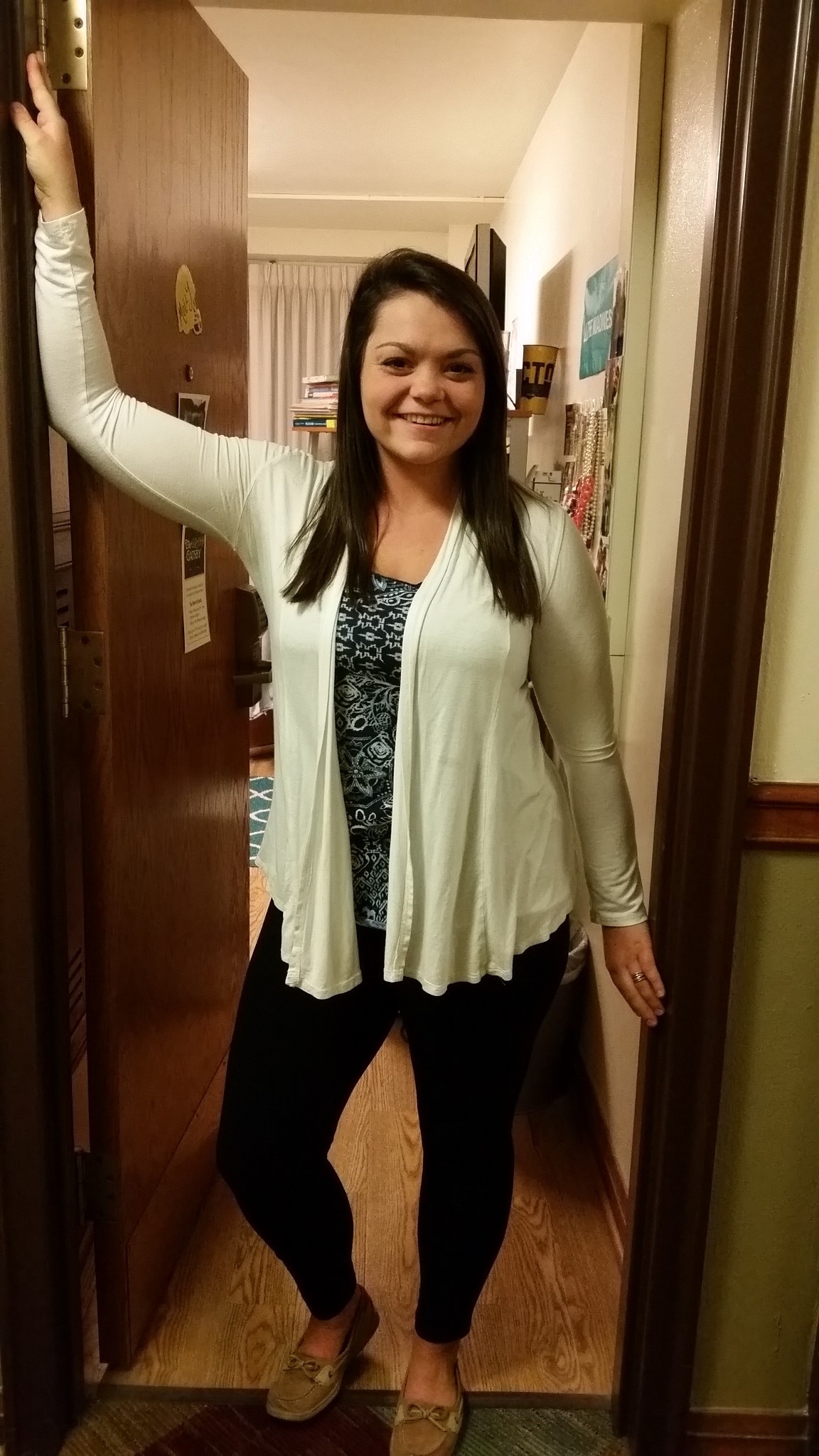 Wawro in her new dorm, looking much happier

Some students couldn’t even get in the door, however. Peters referred to it as “understaffed,” saying, “I tried CAPS but the waiting list was too long.”

An anonymous junior majoring in Sociology was taken to CAPS by a friend in late October of her freshman year and also experienced scheduling issues that affected her experience: “I wanted to talk to a woman, but the next appointment wasn’t for weeks, so I decided to talk to a man instead. I still wouldn’t be seen until December.”

When it was finally time for me to go back to CAPS, I had been having an uncharacteristically good couple of days. The thing with depression, it plays with your memory. I told the grad student I talked to that I was fine, there was nothing to worry about. He believed me, and why wouldn’t he? We talked for twenty minutes, he didn’t know me or my history.  I don’t fault him. It’s just what happened.”

Despite what these students say, a representative from CAPS claims the wait time is much shorter: “CAPS was able to maintain an average wait from request to being seen of four to seven days.”

When students are able to get an appointment, it’s not always the right model. Freshman and Cellular and Molecular Biology major, Lauren Weiss said, “I did try CAPS but it wasn’t the right model of therapy. It’s a short-term model which means you meet with a therapist only six times.” 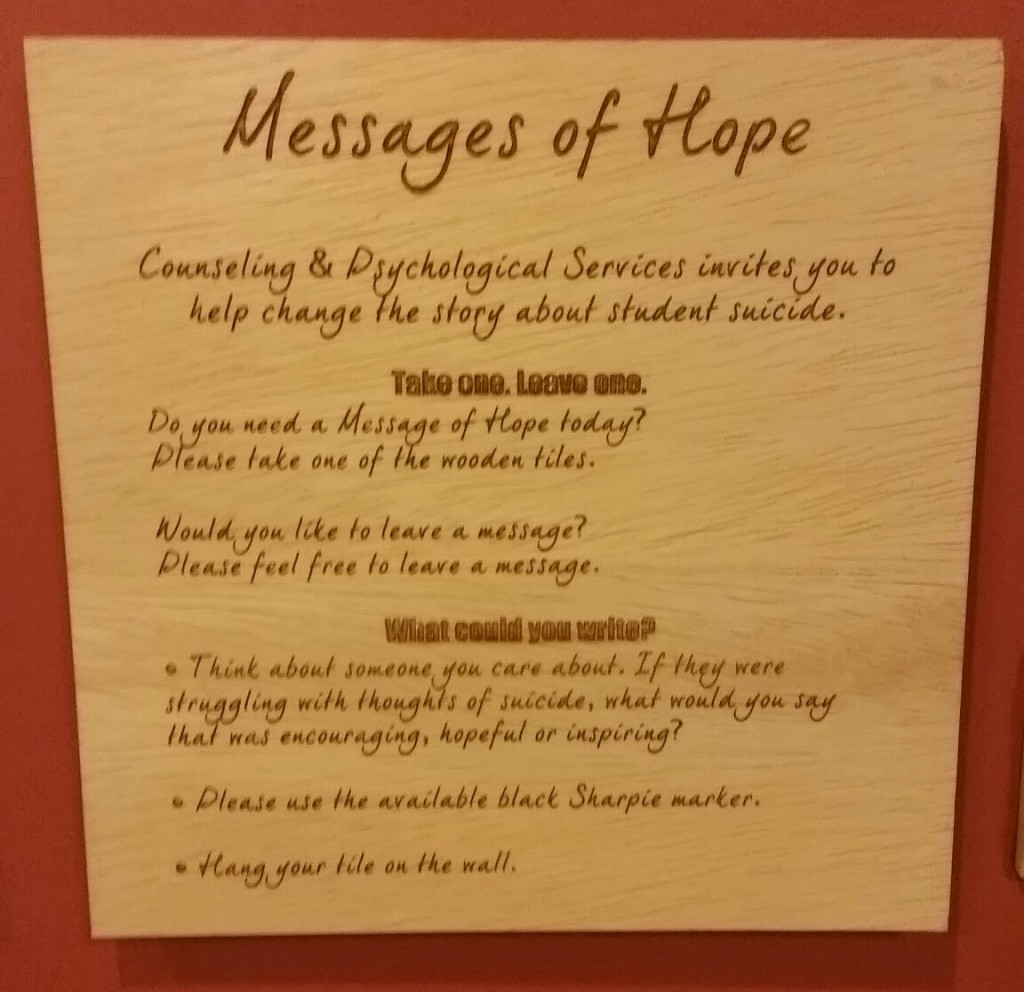 Are students’ needs being met?

The views about CAPS from an outside perspective are good — most students who hadn’t been to CAPS said they’d heard very good things about it. CAPS states in their annual report that 94 percent of students interviewed found CAPS services to be high quality. The problem with this statistic is that those questioned were CAPS clients — aka the students who stayed with CAPS. The opinions of those who chose not to continue seeking help via CAPS are, seemingly, absent from this feedback.

CAPS also states in their annual report that they had a 34 percent increase in students seeking initial appointments at CAPS last year, and it hasn’t gone without notice in the student body. Amanda Peters said, “The number of people who struggle… is increasing, but the services available are not increasing accordingly.”

However, the same CAPS representative said seven new team members were added to CAPS this year. The discrepancy in the services students are receiving and what is genuinely happening at CAPS could possibly be attributed to some adaptations in the way they handle incoming patients.

The representative highlighted some of these adaptions: when clinically indicated and when decided with the student, seeing students every other week instead of every week, waiting slightly longer to start treatment after the intake, and connecting with other resources on campus. 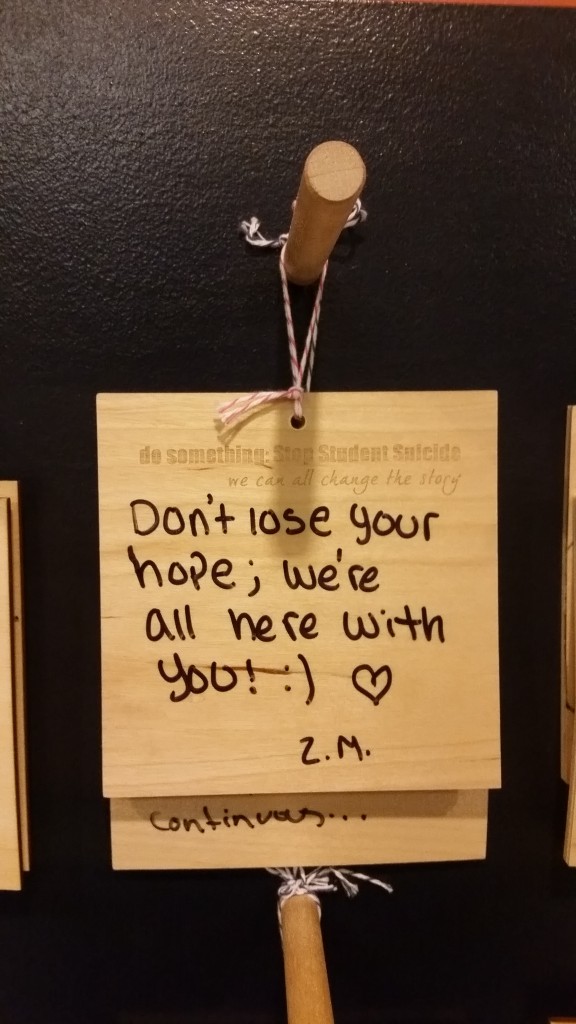 For a lot of students, CAPS is the only resource they have. Outside therapy is very expensive, and short-term therapy focused on coping skills and workshops (like communication) are, a lot of the time, the only realistic options for students who are not only busy, but don’t ordinarily have the money to spend on something like that.

Don’t get me wrong: CAPS is not a bad service. The students who like the services did have very good things to say about it. However, the students who did not have good things to say about it were so thoroughly disappointed, they were almost eager to speak about it. That type of lasting impression is going to be spread a lot more quickly than any good impression someone may have had. So what are the options to fix it to ensure the mental health of students is being improved?

Increasing funding to hire more than seven new staff members and to expand the offices would be a good start. This would allow students to get appointments more quickly and would allow therapy to start right when someone needs it. It would also accommodate increasing numbers of students who are deciding to seek help. Improving this service by ensuring therapists understand who they’re treating is also important.

It’s well known at Michigan that North Campus is far away, and freshmen don’t choose to live there. A therapist who works at Michigan should also know that. If we have mental health resources for students on campus, we should be making sure they are constantly improving, and if more students are using a service of this nature, funding should be likewise increased.

However, CAPS said their funding has been increasing over the last 10 years and that this increase in students seeking help (mainly first year students, according to the CAPS representative) was unexpected. So can we really place the blame on CAPS? We could say they’ve been doing the best they can with the resources they have. CAPS has no say in how much funding they receive, so it’s on the University to ensure it happens. One thing is certain though: The mental health of our students is far more important than building a new science center across from the pre-existing Chem building or fixing the cement outside the MLB.

The bottom line? It’s difficult to point fingers at who is responsible for the help students are — or aren’t — receiving. Mental health is a touchy subject and often isn’t discussed to the extent it should be. What we can do personally, besides becoming involved and making sure CAPS is receiving what it needs, is to help facilitate a conversation among our students that brings the topic of mental health into the limelight, so we can talk to students and ask them what they need without fear of social stigma.  With that information, ideally, we can work with the university to adjust services accordingly when we know what we need, and help students in the right way.