Something has to change

It’s 1am, and I’m sleeping on the streets.

Sleeping might not be the operative term here. It’s October, so despite our winter jackets and blankets, my roommates and I are freezing, and more than a little uneasy about the shuffling sounds coming from the alley around the corner. I keep my pepper spray clenched in my fist and try to use the lights from the rental office to study for the quiz I have tomorrow. 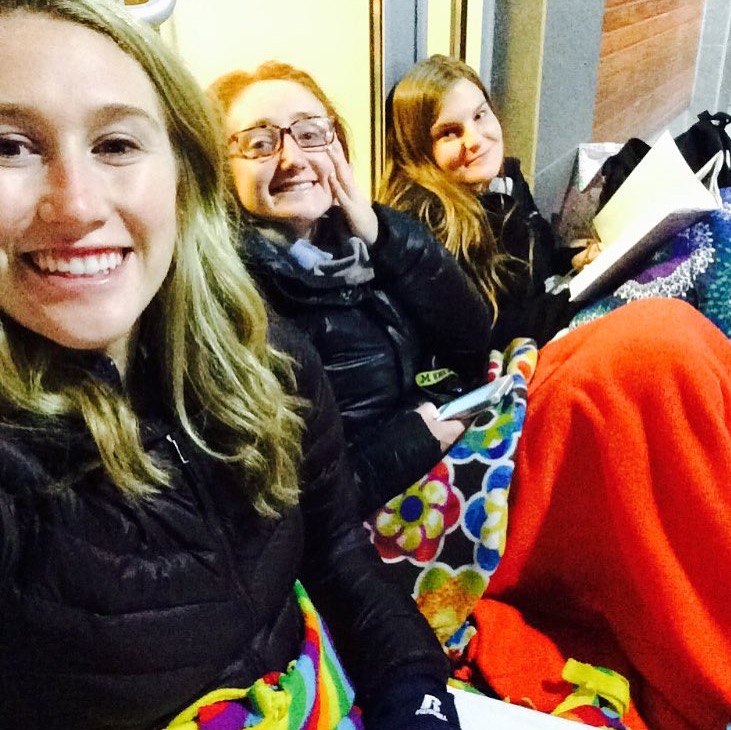 “You’re lucky,” explains the guy we later learn will be our neighbor. “One of my friends dropped out at the last second, or else we would’ve been going for the same house. We were going to start waiting at 4pm.”

The house is a beauty, as far as university rental properties go. There was only one catch: we weren’t the only ones trying to live there. The company decided whoever was first in line at the office on October 1st would get the lease, which is why we spent the night on Main Street — a move that seems insane to an outsider, but is unsurprising to Ann Arbor students.

But like I said, it’s a great house. And it (sort of) fits into our budgets, a rare quality for Michigan housing. As of 2013, census data put the median rent per person in Ann Arbor at $930 per month, $25 more than the Michigan average and nearly $150 above the national rate. In 2014, that number grew to $941, an increase of nearly 5% in the past four years.

For students already dealing with insane tuition costs, that’s a lot of money.

The increase in rent hasn’t gone unnoticed, and City Councilwoman Sabra Briere says they’re looking for solutions. Briere said the biggest issue is that Ann Arbor doesn’t have enough housing to fit the growing demand of its students, so landlords are able to raise prices and still rent out every unit. City Council has discussed different ways to increase housing options, including building on city-owned land, encouraging larger developments, and allowing single-family properties to add secondary rental spaces to their homes.

For now, students are forced to pay the (high) price for attending Michigan, and many have found these costs elevated by shady landlords and hidden fees. Gayle Rosen, a lawyer at Student Legal Services, says they see about 330 housing cases per year. One of the most common issues Rosen and her department deal with is security deposit charges, something many students will find unsurprising. 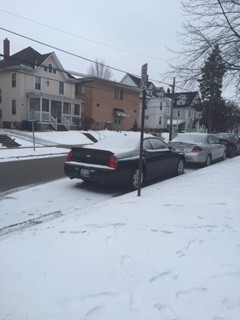 Molly Tiernan (LSA ’10) said she kept her rental bill from when she was a student at Michigan because the charges were so ridiculous. They included $65 for a chipped window, another $65 for a missing screen (which she claims was never there to begin with), and $120 for three chipped paint spots. Tiernan said she was especially bothered by the $120, because when she and her roommates did their move-in assessment, they were told many of the holes they pointed out were “too small to matter.”

“It seems like they were a lot more concerned with those ‘small’ holes on the way out,” said Tiernan.

Tiernan said the landlord also tried to charge them for another tenants’ gas in addition to their own.

“When we confronted the landlord, he paid us back their share and then let us deduct 1/6 of our monthly gas bill from our rent each month. If we hadn’t noticed, though, he was just going to let us pay their heat for him all through the winter,” said Tiernan.

Engineering junior Chris McDonald had similar problems, recalling that his landlord had to refund their security deposit money after it was stolen, failed to make promised renovations, and charged McDonald and his roommates for things they weren’t responsible for.

“I got there with my mom to move in and she actually almost started crying because nothing had been done to the house. It was really crappy inside. There was actually still garbage on the floor from the previous renters,” said McDonald. His experience only got worse from there, particularly regarding his deposit. “They took advantage of a lot of the mistakes we made originally. We didn’t take pictures of everything inside the house and he used that to get away with charging us.”

Students like McDonald have little choice when it comes to finding a quality landlord because properties are swept up so quickly. The market is so competitive that in March 2007 Student Government (CSG) and City Council passed an ordinance restricting properties from being leased until mid-fall. However, many landlords find ways around this by having students reserve a lease before the legal signing period, which my roommates and I were doing on October 1st. Had we played by the rules and waited until the official signing period started, we would’ve been way out of luck.

As it stands, we left the leasing office, tired but triumphant. Still, I worry. My housing cost will only add to the thousands in student loan debt I’m already facing, and I wonder about our new landlords. I’ve realized that despite all the advantages of attending Michigan, there’s a giant shadow hanging over us when it comes to actually living here, and it’s time for students and community leaders to discuss the unacceptable conditions we’re living in.

In the meantime, I’ll still be exploring my options. Senior year in Markley doesn’t sound half bad, come to think of it.