What were people protesting yesterday on the Diag?

The protest on the Diag yesterday left many Umich students confused. The signs displaying “Condolences to Akai Gurley, Justice for Peter Liang” referred to an event not many students were aware was happening.

Peter Liang is a former NYPD police officer. In November 2014, he and his partner were sent to conduct a vertical patrol of NYCHA’s Pink Houses in Brooklyn. While patrolling the stairwell, Liang’s gun went off. It ricocheted off the wall and hit Akai Gurley, an African American man who was a stairwell below, which resulted in his death. Liang was convicted of second degree manslaughter in early February and faces a possible 15 years in prison. 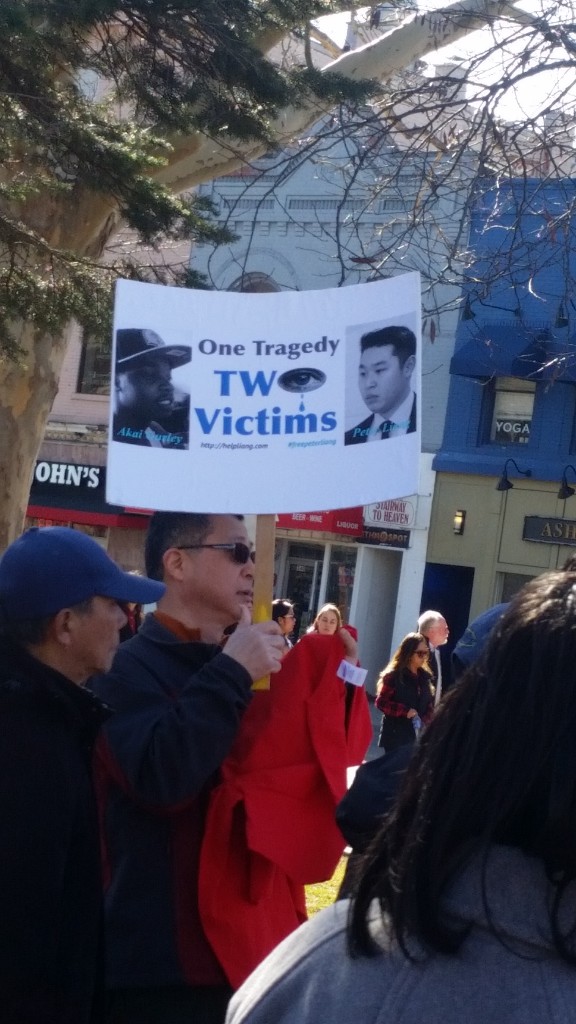 The ruling cited two main reasons for Liang’s conviction: he had his gun drawn and finger on the trigger, and he did not perform CPR on Gurley afterwards. The protesters of yesterday’s Ann Arbor march disagree with this.

They created and handed out a sheet to nearby onlookers that explains why they think this conviction is unjustified: “The NYPD’s policy on whether an officer should keep a weapon holstered on such patrols is purposefully vague” and argue that due to “multiple ambush attacks on police on similar buildings in the past,” Liang’s decision to have a gun out was justified. They also argue Liang did not know about the injury right away and was not present when Gurley’s girlfriend began to perform CPR. They also cited Liang’s lack of police academy training from the NYPD, about which he and his partner both testified. 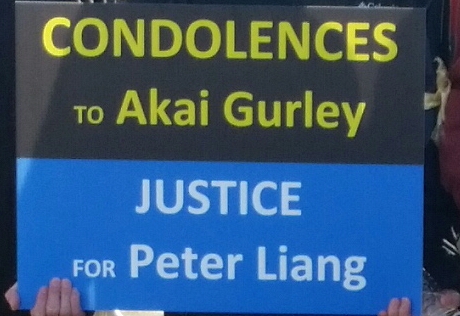 The protestors want to make clear, however, that they deeply sympathize with the African American community and believe that Akai Gurley’s death was wrongful. They just feel the conviction was the result of the “current political climate” and Liang’s “subtle expression of remorse” at the trial, which they feel the media exploited as uncaring, while they attributed it to his Chinese background. They hope these protests will push the NYPD towards accountability.