A new bill that’s making the rounds in the House and Senate has college students buzzing. Many organizations have begun to come out in opposition to it, and its initial supporters have started to dwindle for some very obvious reasons.

The bill, called the “Safe Campus Act,” would amend Title IX to prohibit colleges and universities from investigating sexual assault cases or punishing alleged sexual predators until the victim reports the crime to police, as outlined in section 163 of the bill. The Safe Campus Act is sponsored by Republican Representatives Matt Salmon (Arizona) and Pete Sessions and Kay Granger (Texas).

Under subsection b of the bill, the university may not carry out any disciplinary actions until the police have concluded their investigation into the assault, except for a fifteen day suspension which can only be extended (for a maximum of thirty days) if the perpetrator “poses an immediate threat to campus safety and student well-being.” 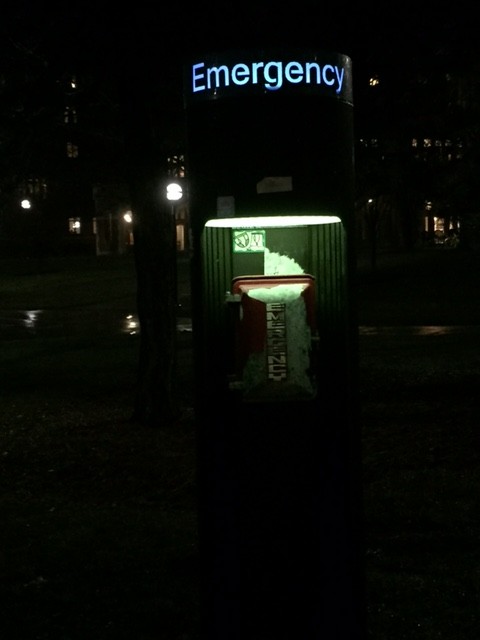 Essentially, the Safe Campus Act effectively transfers all disciplinary responsibility regarding sexual assault from university administration to the police. At first glance, this doesn’t sound like a bad idea, right? As we’ve seen, particularly in the past few years, universities are notoriously bad at handling sexual assault cases. Our own university was investigated after failing to act for four years when football kicker Brendon Gibbons was accused of sexual assault. So why wouldn’t we want to encourage the police to investigate instead of the school?

Well for one thing, the bill does more than just shift responsibility. It actively restricts the university from doing anything about allegations until a police investigation is concluded. This takes away power from both the school and the victim, and limits any action the school could take, such as suspending the student for a long period of time or expelling them, or other measures which limit the victim’s contact with the perpetrator. With this bill, someone accused of sexual assault would be able to remain on campus with few to no restrictions until a police investigation has concluded, something that can take months or longer.

“I understand the idea behind [The Safe Campus Act] and what it’s trying to accomplish,” said Henry Wang (LSA ’19), “but I think it leaves room for a lot of unintended consequences.” 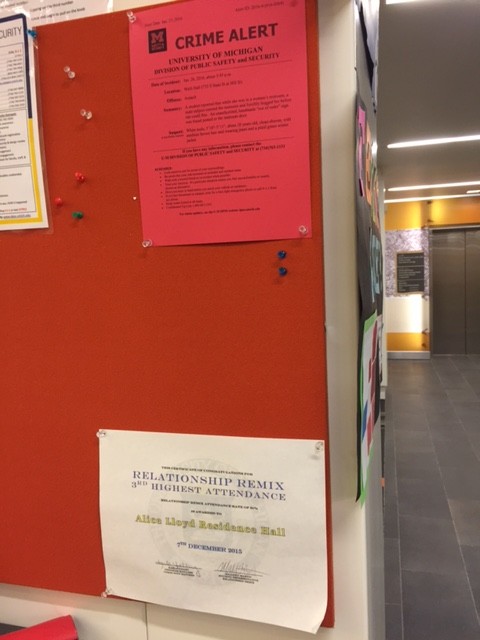 Furthermore, sexual assault can be an extremely traumatic experience, and many survivors struggle with reporting the crime in the first place. It’s a lengthy process which includes telling their story over and over again and even facing their accused perpetrator in trial. Many students may not want to file charges, and simply want to get back to their lives without having to see their alleged rapist around campus. The act forbids this, adopting instead an ‘all or nothing’ mentality that places even more responsibility on the victim and makes it less likely that sexual assaults will be reported.

“The emotional devastation of sexual assault cannot be summarized in words,” said survivor Brittany Boyle (LSA ’17). “My entire life has been shaped by one act of sexual misconduct. To mandate that victims of sexual assault bring their own cases to the police – when they are grappling with self-worth, shame, anger, devastation and every other taxing, horrible emotion you could fathom – is downright cruel.”

The Safe Campus Act limits actions available for victims of sexual assault, and makes it more difficult to punish those accused. The act ensures that unless a victim is ready to go to trial, no actions can be taken against his or her alleged rapist, and the university involved is able to wash their hands of the whole situation without being accused of any wrong doing. 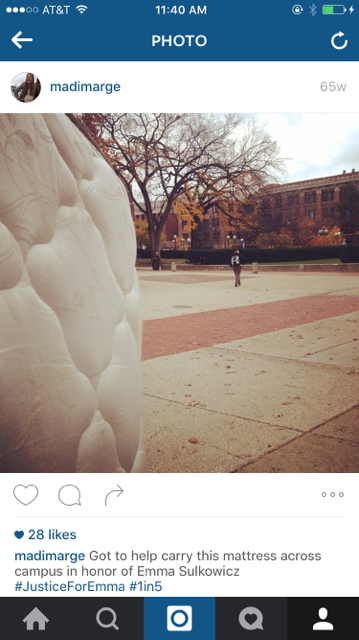 Already, many organizations have come out in opposition to the Safe Campus Act. Both the National Panhellenic Conference (NPC) and the North-American Interfraternity Conference (NIC) originally supported the bill, but recently withdrew support after “listening to [their] members and partners.” This came on the heels of individual fraternities and sororities responding negatively to the bill, with Alpha Phi’s national organization being the first to make a statement, saying, “We believe our sisters who are survivors should have choices in how, when and to whom they go to for support or to report their crime. They should have their own voice and the support and encouragement they need to move forward including reporting as they choose to.”

The Safe Campus Act claims to make investigating sexual assault more efficient, but many of its aspects seem to make this even more difficult. A similar sounding bill, the Campus Accountability and Safety Act, aims to do the same thing, but in a much more realistic and logical way.

Instead of limiting the university’s ability to investigate an assault, the Campus Accountability Act enhances it while also encouraging cooperation with local law enforcement, setting up accountability surveys, trained confidential advisors for victims, and a system of cooperation between the school and the police in which reports can be forwarded to the police only when victims choose to do so. It would also require schools to publish data involving sexual assault on campus, and to establish uniform disciplinary procedures for students accused of sexual violence. The bipartisan bill, introduced by Dem. Senator Claire McCaskill of Missouri, is a much better alternative to reforming sexual assault investigations on college campuses.

Ultimately, the Safe Campus Act disguises itself as a way to more effectively bring justice to perpetrators of sexual assault, when in fact it does the opposite. This bill is a way for universities to avoid responsibility for its students, a cop-out that unfortunately limits the options for sexual assault victims, and gives them even more burden. Students should be advocating for adopting bills like the Campus Accountability and Safety Act, which pushes campuses to do more to combat the issue of sexual assault on campus, not less.