Michigan State students are calling for the expulsion of Jillian Kirk, a sophomore at MSU, for repeatedly using racial slurs and ableist language on her social media accounts.

Students were first made aware of Kirk's behavior by Abuela, a student at MSU using the Twitter handle @juyfowlkes, who tweeted a series of pictures of Kirk using the N-word on her Snapchat.

Let’s play a game… it’s called “ How many retweets does this girl need before MSU kicks her out” @michiganstateu pic.twitter.com/c2AQ3rXGoI

The tweet reads, "Let's play a game… it's called 'How many retweets does this girl need before MSU kicks her out' @michiganstateu".

The tweet has gone viral, amassing over 11,000 retweets, and several students have responded saying how upsetting this kind of behavior is. 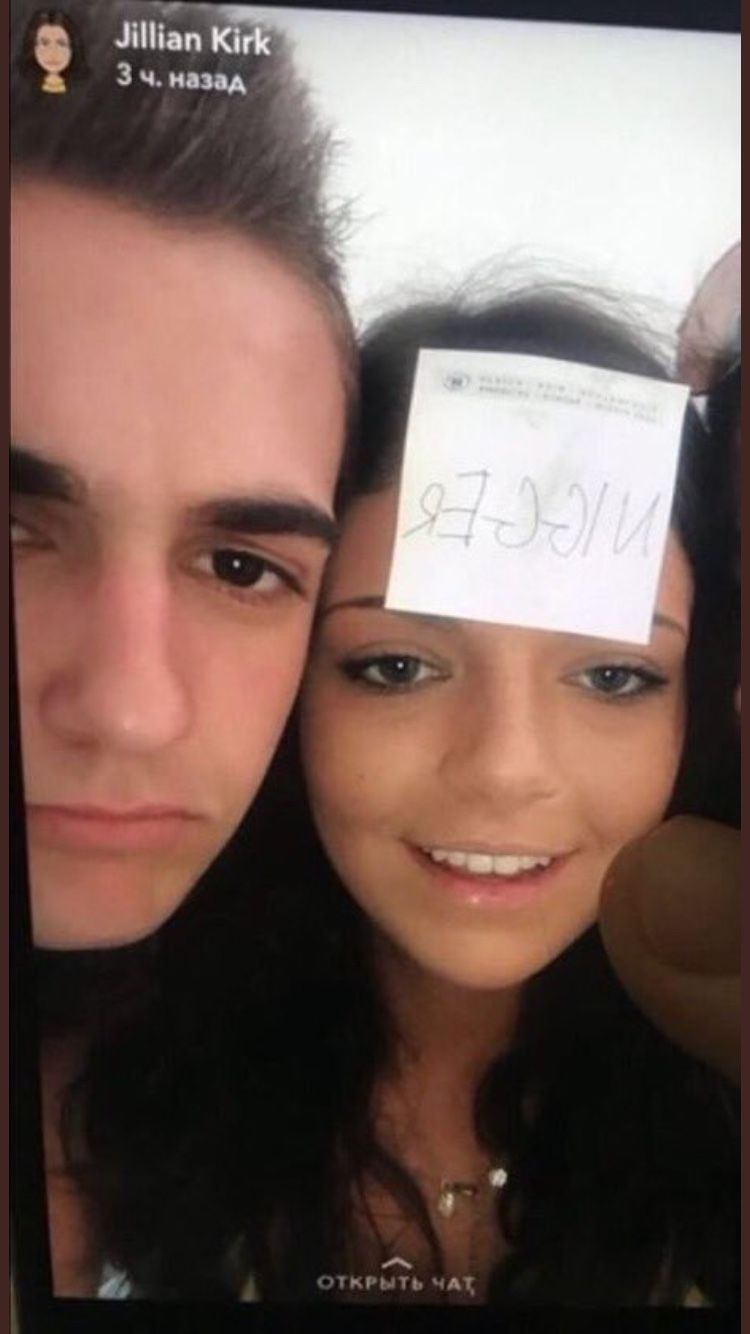 Jillian Kirk with the N-word written on her forehead

In the pictures, Kirk can be seen using the N-word in her Snapchat captions while out with friends and has shared photos of herself with the N-word written on a sticky note placed on on her forehead with a smile. 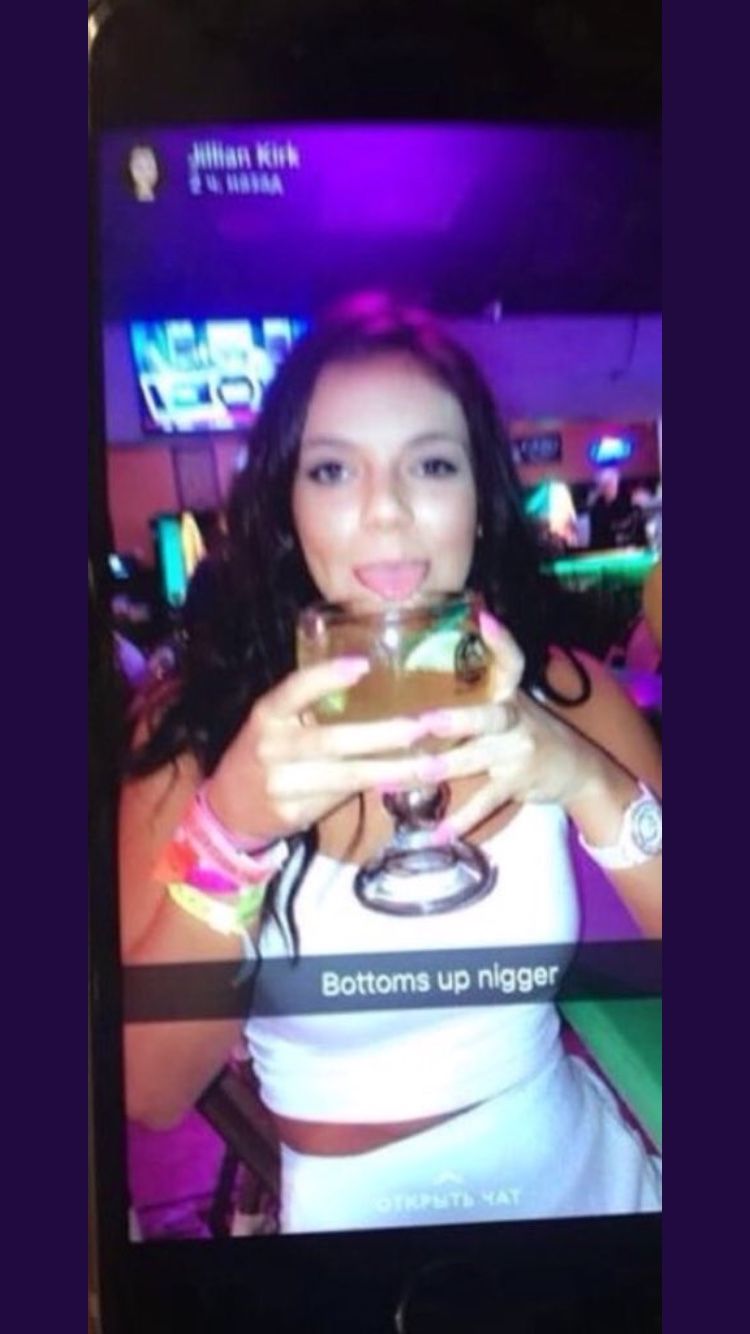 Jillian Kirk with a drink and the caption, "Bottoms up n*gger"

Another photo pictures her drinking at a bar with the caption, "Bottoms up n*gger." Kirk is a sophomore at MSU majoring in Business Preference. 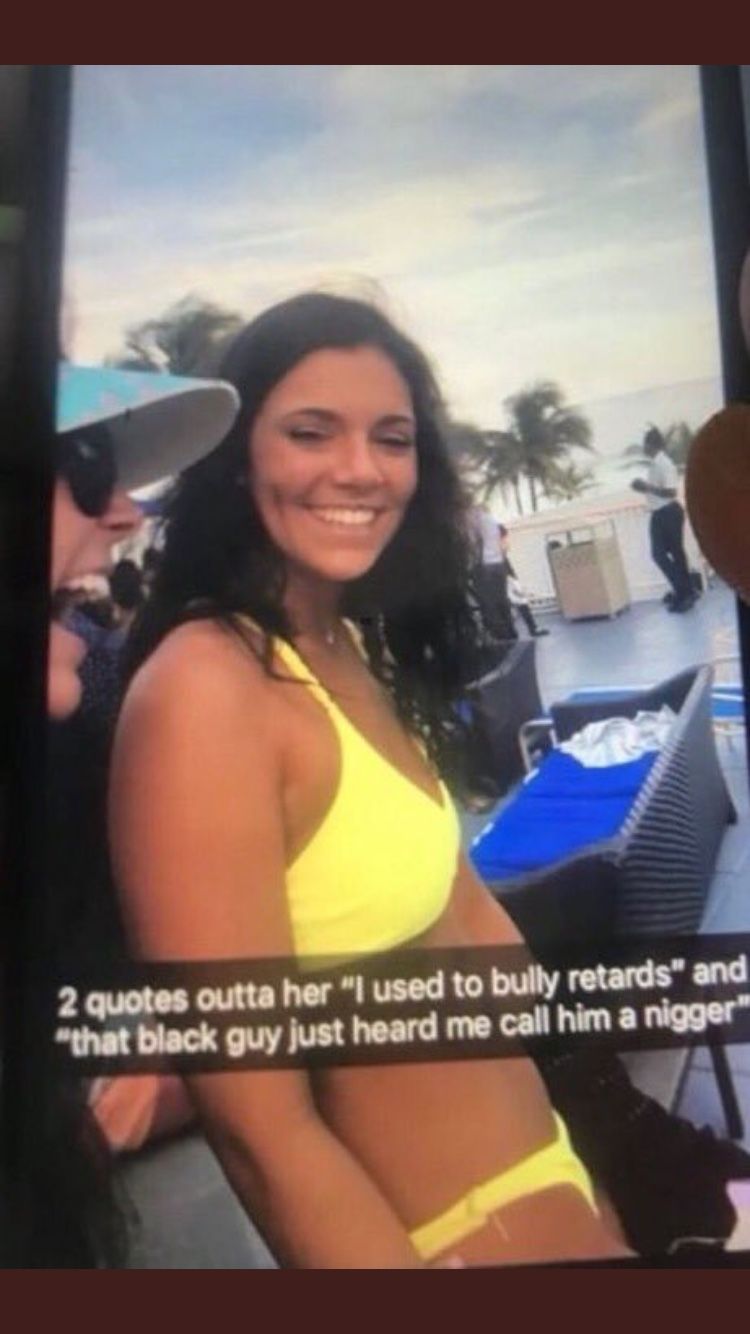 Many MSU students are reporting Kirk to the university and her place of employment, and some have contacted her directly. Kirk has since deleted both her Twitter account and Facebook profile.

Reported. Hopefully this girl gets kicked out because this is horrifying.

The place is closed but you can report her to @michiganstateu https://t.co/o4JohCXT8L

@michiganstateu do you want to address this or are u going to ignore it till it trends in the media like you usually do??? @jillian_kirk https://t.co/RMoHf9Ej5Z

Twitter user @chrisbfacts even unearthed some of Kirk's old tweets, proving she has a history of using the N-word and other racist language. 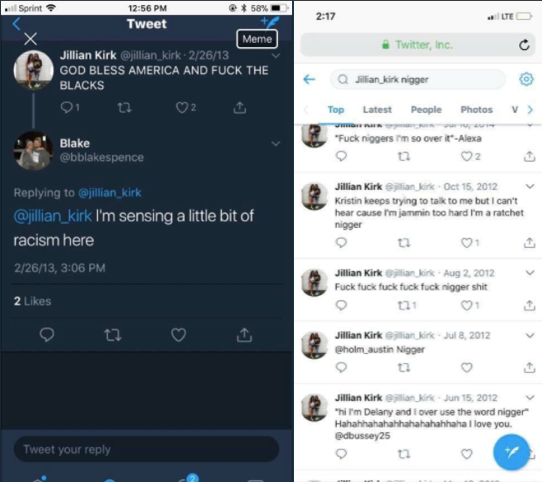 UPDATE [4:41pm]: Emily Guerrant, an MSU Spokesperson issued a statement on behalf of the University addressing the comments made by Kirk on her social media.

"The university is aware of the recent social media posts connected to an MSU student," the statement says. "As a public institution, we do not get to control what every member of our community says."

It goes on to say, "one of the university's core values is inclusion, to have a campus environment that fosters free speech and the sharing of ideas and beliefs." The statement assures students that MSU does not condone racial harassment or bullying.

According to the statement, they are addressing the situation on a variety of platforms, and intend to use this as "an opportunity to keep a conversation about race and inclusion ongoing."

We have reached out to Jillian Kirk, as well as the Twitter user who originally posted the screenshots. We will continue to update this story.