VIDEO: MSU students are riding their mopeds through ‘the most significant flooding event in the last 43 years’

The best olympic event yet

Just in case you didn't noticed, it's been raining for the last three days straight. Not only that, but all the snow melted. The accumulation of those factors caused the Red Cedar River to flood, and roads began to shut down last night.

Despite the mess flooding has turned campus into, Spartans still manage to have fun in the muddy mess. You can see for yourself in this video, where one brave MSU student is riding his moped through the flooded water.

Anyone who witnessed last spring of 2017's flood would have thought it was historic. But this year, believe it or not, is much worse.

"Minor flooding occurs at 7 feet, and at present we are at almost 9 feet, with a maximum of 10.3 feet expected tomorrow afternoon, Interim President John Engler said in an email to the University community this afternoon. "This is the most significant flooding event in the last 43 years."

On the banks of the Red Cedar #MSU #eastlansing #flooding pic.twitter.com/ekxqjdpK0G

As of now, classes in Kresge Art Center and the Computer Center are being relocated as the waters threaten to flood the buildings. a Robotics competition at Jenison Fieldhouse also is having to be relocated because of the flooding. Those buildings, as well as Hannah Administration will have a flood barrier built around them tonight to avoid flooding. 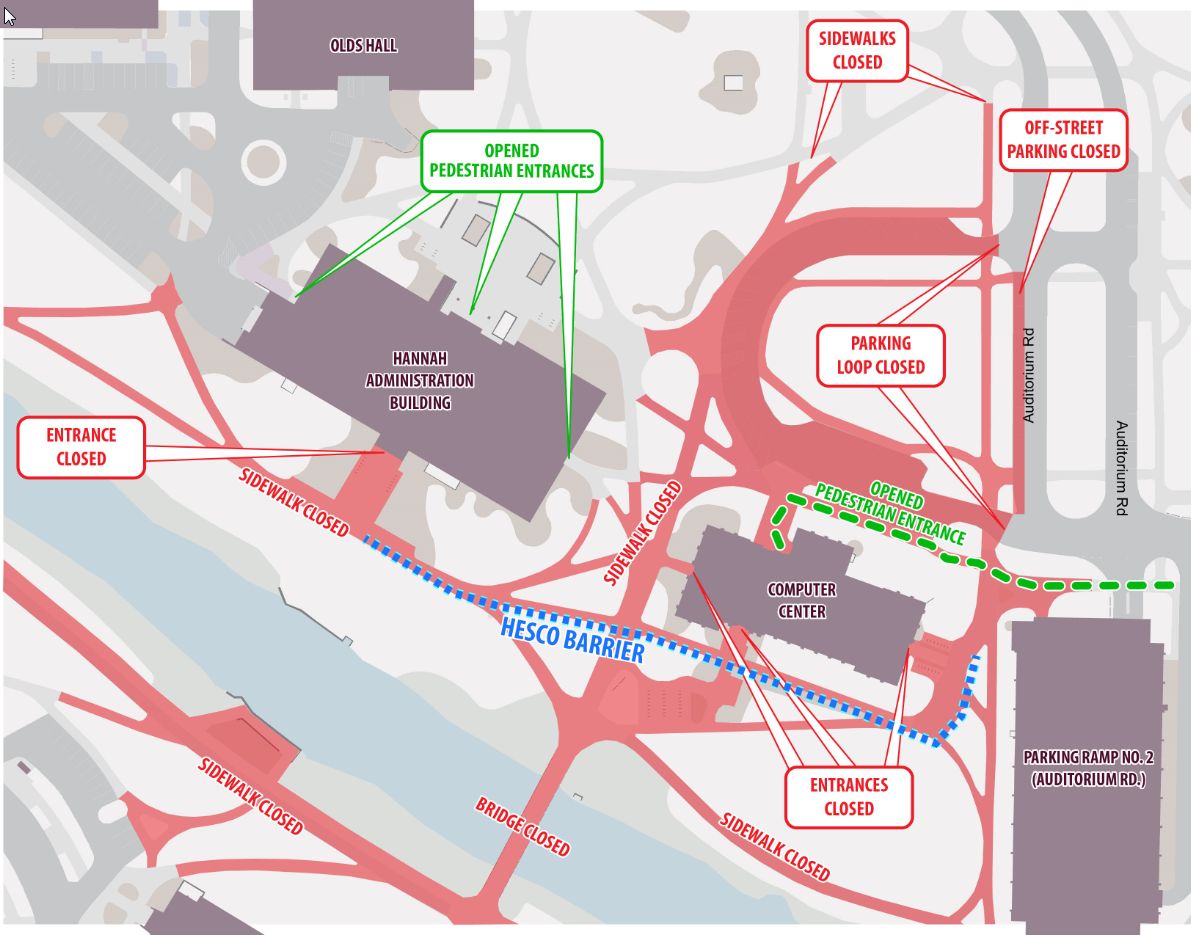 Officials are recommending that everyone avoids areas near the river as much as possible, and that those who live near the river check their basements for flooding. If this happens to you, call the Flood Command Center at 884-9511.