There is a full on witch hunt occurring on twitter

Kayla Rooker found out she has a doppelgänger at Michigan State her freshman year in the fall of 2015.

"I lived in Wilson Hall my freshman year," Rooker said. "I was studying in my dorm and hadn’t left all day when my friend texted me, 'I waved at you, and you didn’t wave back. Sad.'"

That's where the confusion started, and she told her friend that there was no way he saw her. He told her there was a girl that looked exactly like her in the lobby of the dorm. She didn't think much of it at the time.

"I know that there are at least four people who have seen her, have told me about it, but have no idea who she actually is," she said.

All of the information she has found out is from various context clues. It's Rooker's junior year, making it so mystery doppelgänger is either a junior or senior at the university.

HI MSU FRIENDS PLEASE RT IM DESPERATE!! There is a girl who probably goes to Michigan State that is apparently my doppelgänger, and I would like to meet her, PLEASE RT SO I CAN FIND HER, last seen today walking towards starbucks, even my ex says we are identical. Pics attached. pic.twitter.com/0YIafwo8zr

Mystery girl was last spotted on Monday, January 15 by Rooker's ex. She was in the parking garage by Olin walking towards Starbucks on Grand River on Monday before or around 5 pm. Her ex was so convinced it was Rooker because the two even sound alike, and he "couldn't believe that two biologically unrelated people look so identical."

Rooker wants to see this girl for herself to finally solve the mystery. When this mystery girl kept coming into the picture, Rooker looked up how many people can have similar faces. It turns out, most people have a double within a group of several thousand people.

"Honestly, I think the main reason I want to find her is to see how close we really look alike," she said. "It would be awesome if we were actually identical and both attending Michigan State, think about what those odds have to be for that to happen."

The one thing Rooker asks of if she does find this doppelgänger is that they take a picture together if they truly look that much alike. 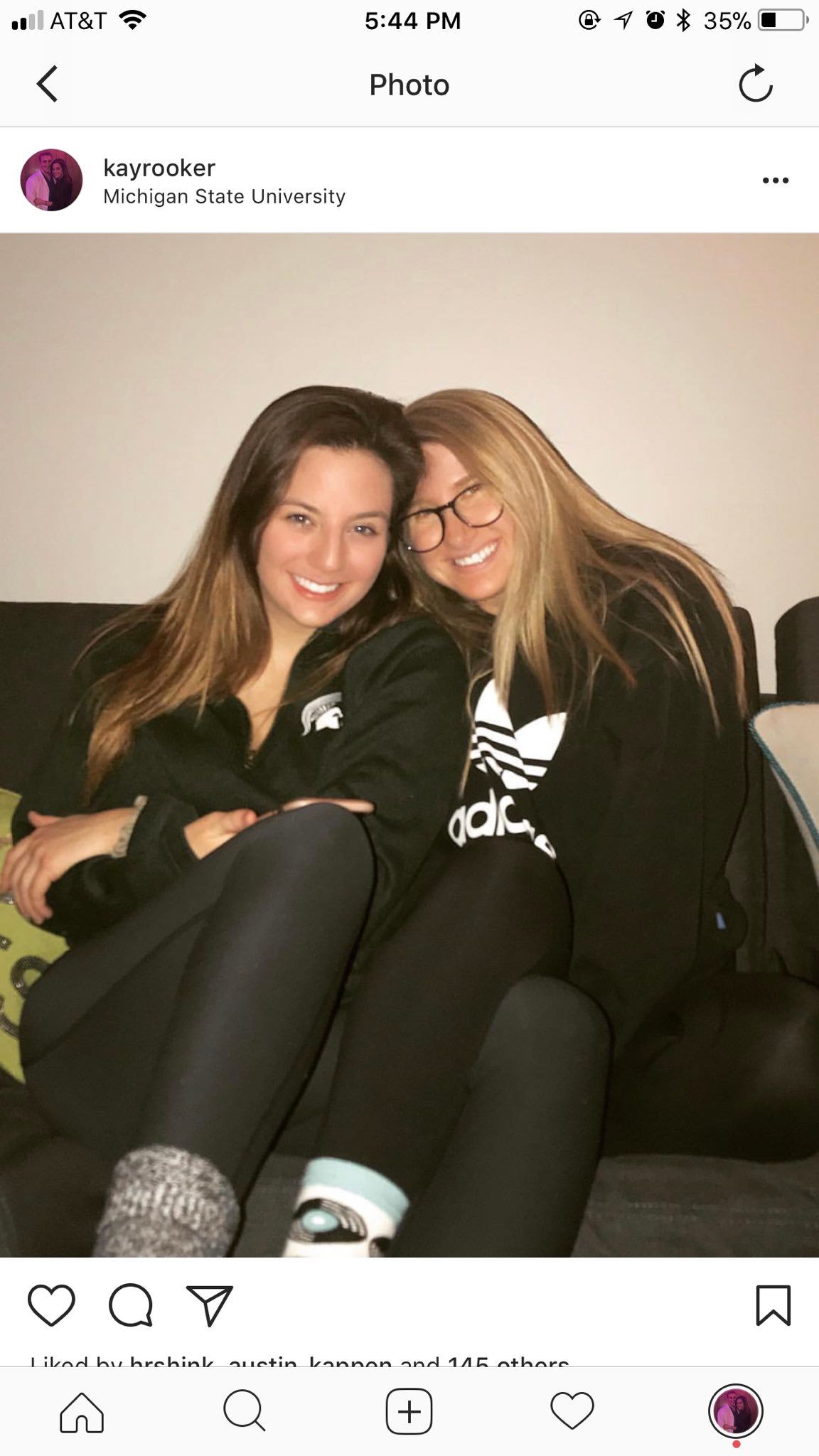