A swastika is seen scribbled over an anti-white supremacist poster

Monday afternoon, Nazi graffiti was seen outside Cedar Village apartments near the MSU campus. On a cable box outside the apartments, a poster captioned "stay relentless against white supremacists" had its words crossed out and was vandalized by a large drawing of a swastika. 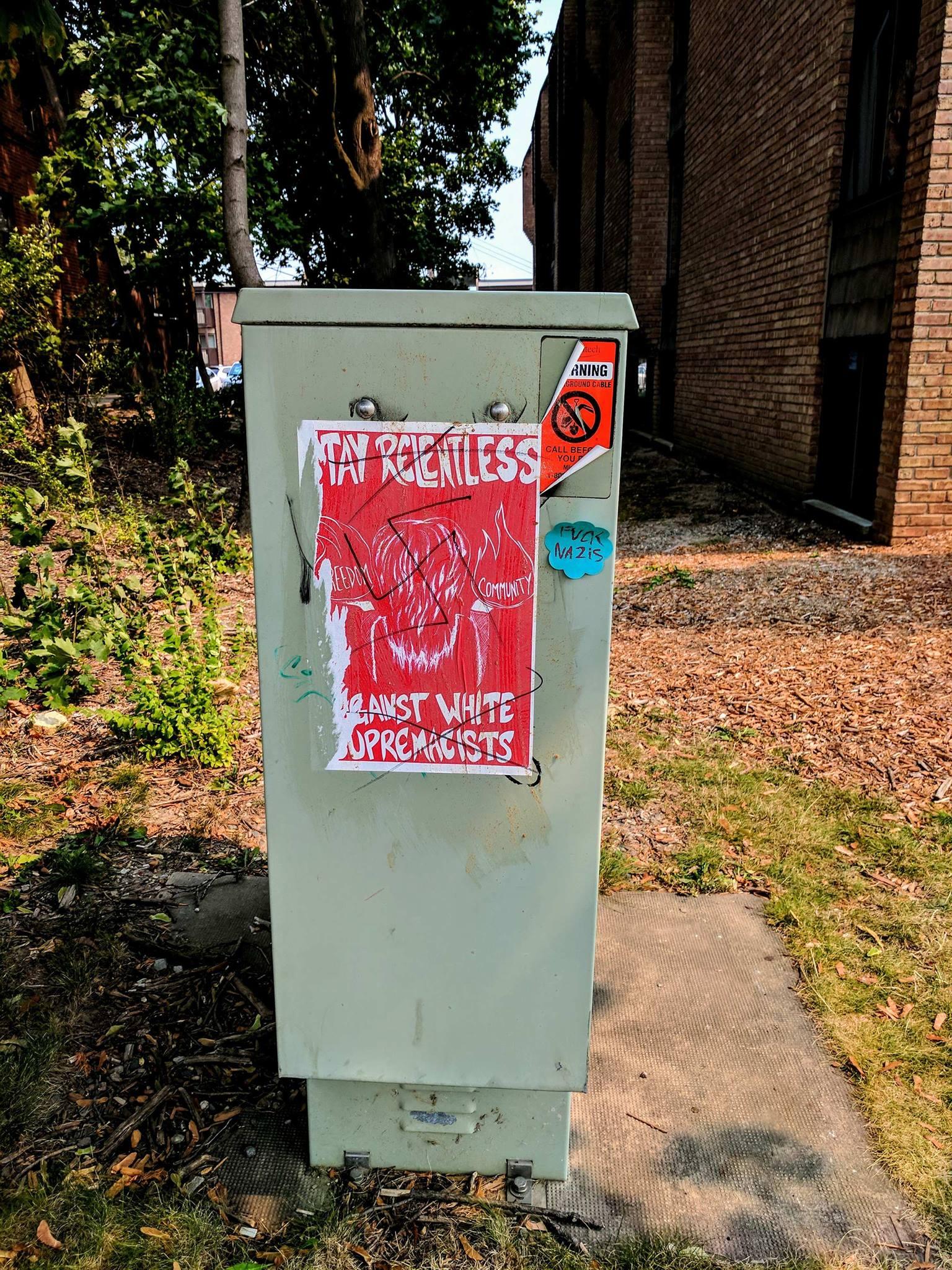 The cable box, just outside of Cedar Village

The poster appears to have someone holding two flames which caption "freedom" and "community". A sticky note next to the poster reads "fuck nazis". 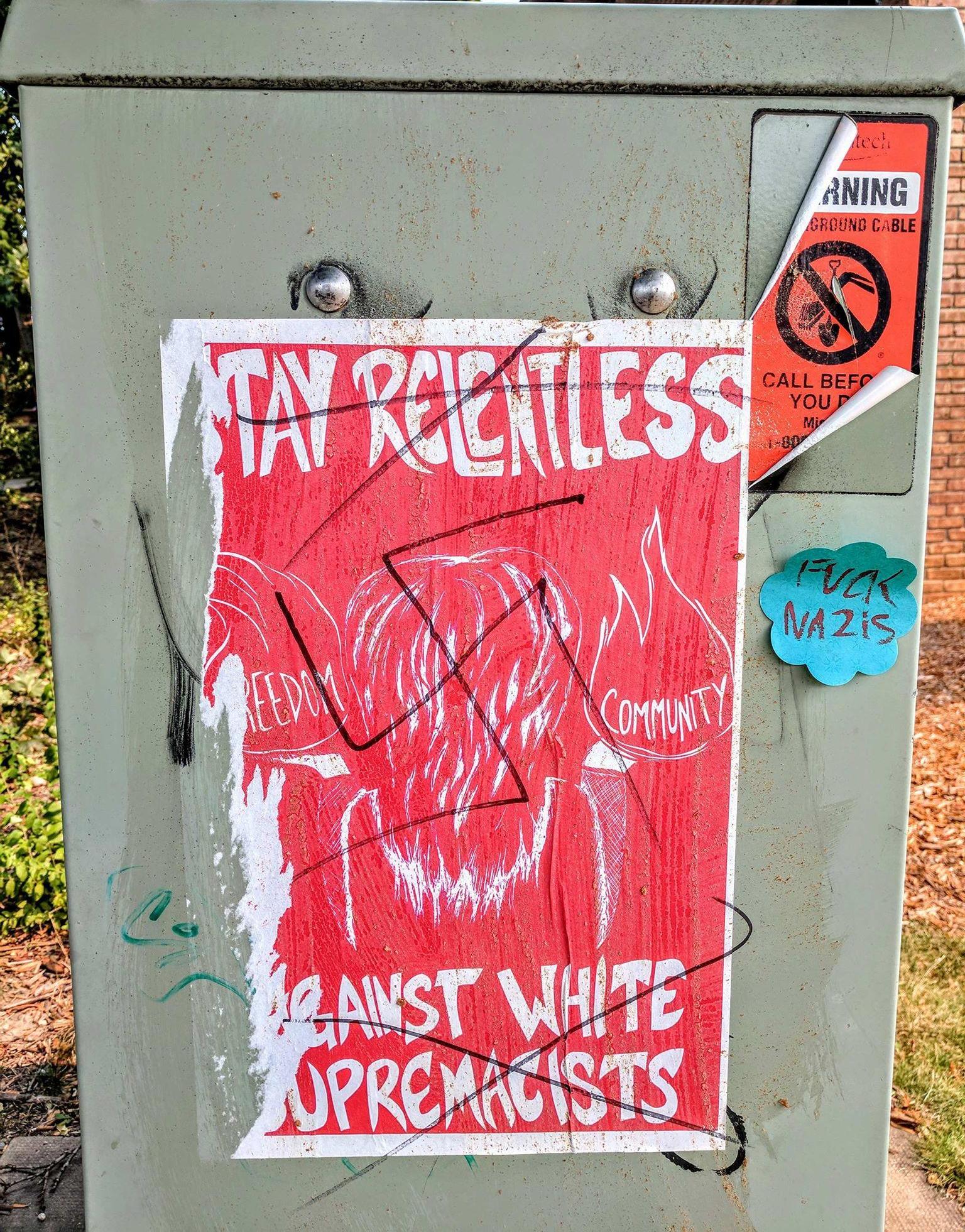 A closer look reveals that there are rips in the poster, which shows there were attempts at tearing the poster itself down.

This is no surprise after news of a white supremacists group, led by Richard Spencer, possibly being granted the opportunity to speak on campus after a lawsuit was filed against Michigan State, who originally denied their request.