Tips and tricks for surviving your freshman AOP at Michigan State

Freshman AOP, a Spartan right of passage that no one really enjoys

It’s that time of year ladies and gents, where poor, unsuspecting freshmen are forced into Case Hall yet again for the Academic Orientation Program at Michigan State. 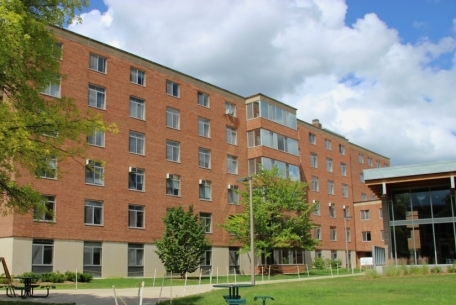 Now, if you are one of these poor, unsuspecting freshmen with no idea of what lies ahead of you this summer during your AOP, I’m going to try and help based off of my own experiences. Sit back, listen, and I might just learn ya something.

First things first, when it comes to what you need to bring, nothing is as important as a fan. Whether that be a box fan or an osculating one if you want to get fancy, a fan is a must. I remember reading on one of the Facebook class pages before my AOP last summer that all the upperclassmen were telling us to bring fans. In the moment, I didn’t take them serious at all. “Why do I need a fan if I’m only going to be there for a day? I probably won’t even be in my room that much.” But then I just figured, what could it hurt?

So here I go the day of my AOP being dropped off by my parents, and to my surprise, literally no one had a fan. The other students I walked to Case with, no fan. The cluster of people I was stuck in the lobby with, no fan. The people I rode up the elevator with, you guessed it, NO FAN. I felt like I had “freshman” stamped on my forehead (granted, it was freshman AOP).

Hoping no one can smell my fear, I leave the elevator to go find my room, as well as to set my humungous fan down before my arm gives out. When I open the door to my room, I’m met with a fiery inferno of humidity that has me gasping for air. I immediately plug my fan in and pat myself on the back for being such a responsible adult for bringing it. Take that, mom. I also thought it was hilarious how stupid I felt for bringing a fan, but walking around for the next 24 hours all I heard was “it’s so hot”, “there’s no air”, “I should’ve brought my fan”.

PSA: if you're an incoming freshman @ MSU, take & submit your ID picture BEFORE your AOP…I just took mine after my AOP and ……???‍♀️??

Next on the list of things that could make you miserable at AOP is the itinerary. While I completely understand the universities need to try and prepare ingoing freshman as much as possible, it doesn’t mean that it doesn’t suck. The worst part for me was probably trying to stay awake in Wilson’s auditorium during powerpoint presentations filled with tons of information that I had no chance in hell of remembering. My favorite part of the itinerary, though, was getting to see my college for the first time (s/o to you CommArtSci) when getting to make my schedule.

Which reminds me, take your schedule serious kids. What I didn’t know at AOP was that freshmen pick their classes last out of the entire school, so basically all you get are prereqs and the scraps of classes that nobody wanted to take. And 8 am’s aren’t that bad, don’t let the hype fool you. It’s better than going to classes at 6 pm that don’t get over until 8 pm, and then you don’t get to be involved in that cool club you were interested in because that’s the time of day most clubs meet. Also, don’t take certain classes just because you feel pressured to pick one and you don’t understand the process yet. Ask questions if you’re confused, the advisors are there to help and they don’t want you to be stuck in a class you don’t enjoy. Oh, and another thing, if you have the choice of an 8 am or a Friday class, NEVER DO THE FRIDAY CLASS.

One last thing, try to make as many friends and connections as possible during AOP. I know everyone has probably already made their fair share of friends via GroupMe, but AOP is the first time you get to really connect with people face to face and see what they’re all about. It sounds lame but the night of the first day of AOP when the staff tries to make you play games and interact, give it a chance. You might be starting some genuine friendships that could last, if not just your freshman year, the rest of your time as a Spartan.

Welcome to the family.

Are you guys excited to live on the most BEAUTIFUL campus in the nation!? #MSUPride #FutureSpartans pic.twitter.com/KINAmrBHen