Why I won’t watch 13 Reasons Why

For those who don’t know what 13 Reasons Why originally was, I’ll explain. It’s a suspense novel that Jay Asher had published in 2007 that has incredible depiction of how little it takes for someone to be driven to suicide and how signs we’re all supposed to notice are often ignored. For many young adults, it’s the first novel they read that involved mental health and someone dying from something other than an illness or an accident. Considering that suicide is the 10th leading cause of death in the US, it’s important to create a conversation about mental health that is can be digested by younger audiences, and Asher did that successfully.

Despite my liking to the book, the new spinoff TV series of the novel is not something that I would particularly rave about. Here are my reasons why I won’t watch 13 Reasons Why.

They remove the story’s integrity

Of course the series isn’t going to be word for word or take scene for scene from the book, but producers went too far. Instead of staying with the general storyline set up by Asher, they added to it and manipulated it. They did this to make the series more of a drama and suspense show. I’ll try and avoid as many spoilers as possible, but more people die in the show than in the book, and the show will probably be going back for a second season, most likely with material that isn’t the book. I understand that they’re trying to get viewers, but I feel that they lose some of their credibility in overdramatizing a story that was already heart-wrenching. 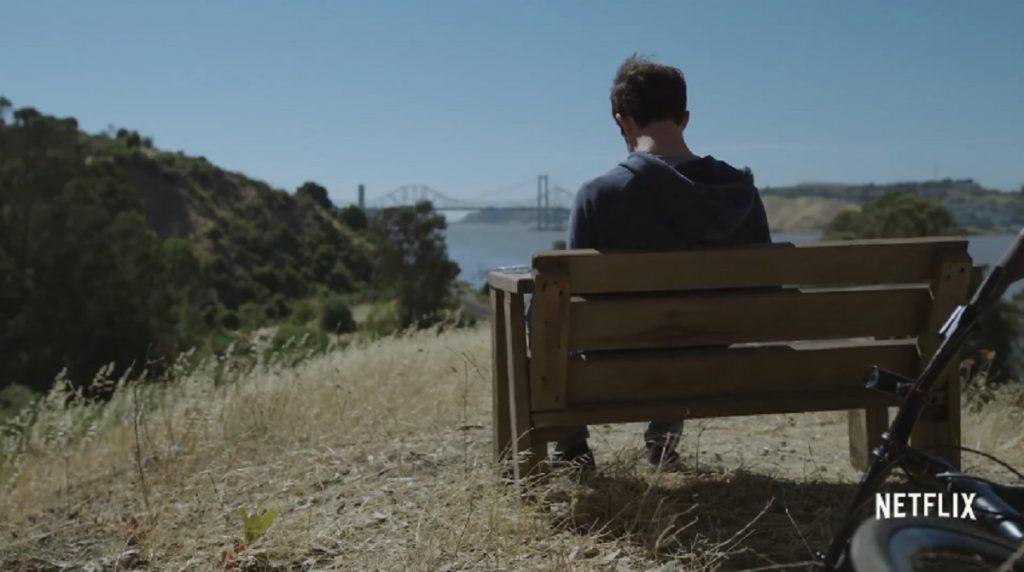 The producers did research before shooting the series, as they should. Supposedly, they were looking to figure out how media contributes with suicide in youth — the generation that is most likely going to be their audience. The only issue is, they didn’t follow the advice they were given from mental health professionals. So, sure, this won’t affect everyone watching the series, but it could seriously affect those with diagnosed and undiagnosed mental disorders. And it could even seriously affect someone who has lost someone to suicide. 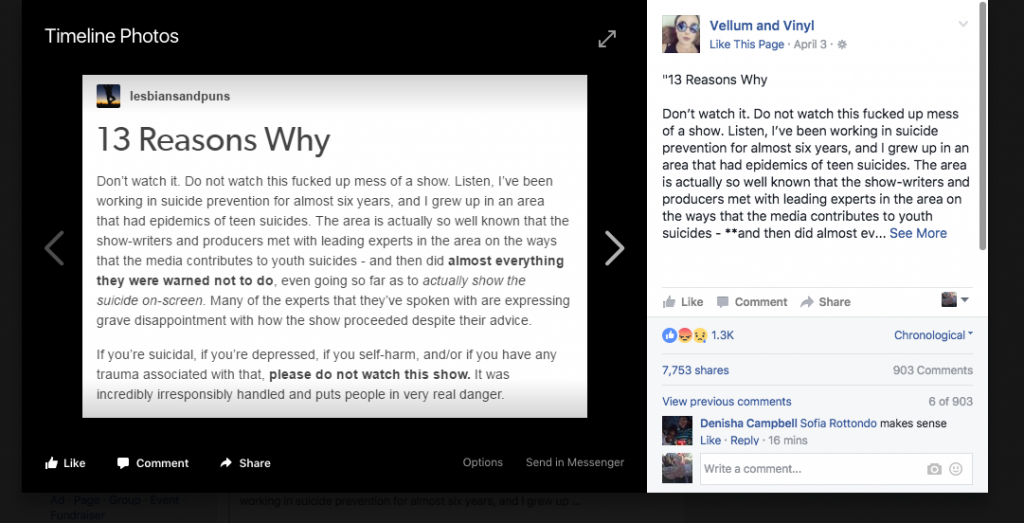 It’s undeniable, this show is intense, and at moments, bloody. And, sure, they give a warning to the blood and gore to the show, but sometimes a warning isn’t quite enough. I question their motives of (warning spoiler) showing suicide on screen in a graphic manner. I understand it was done for the shock value, but it’s rather inconsiderate. When 1 in 10 die from suicide, it’s likely to cause a flashback for someone who witnessed, survived or lost someone to suicide. It might be dramatic, but is a serious consequence that the producers managed to overlook. 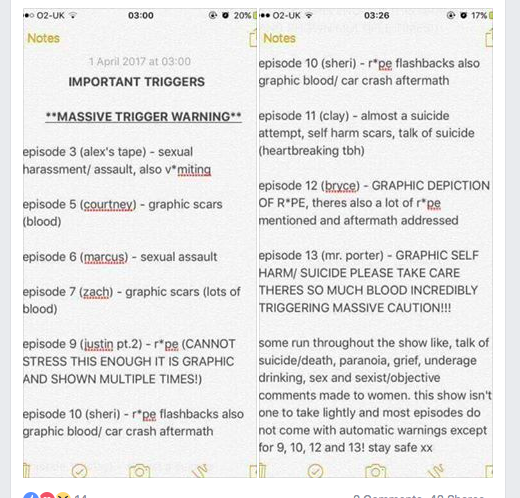 The idea of mental health is simplified and devalued.

The way the show was produced simplifies mental health to one person. It’s important to understand that mental health issues reflect differently in each person that suffers from one. Hannah’s story is not the only story. That being said, bullying is not the only cause of suicide. Let me reiterate, Hannah’s story is not the only story. Anyone with clinical depression or anxiety can tell you a various reasons of why they have considered suicide. They also can tell you hundreds of ways their disorder reflects in their lifestyle. 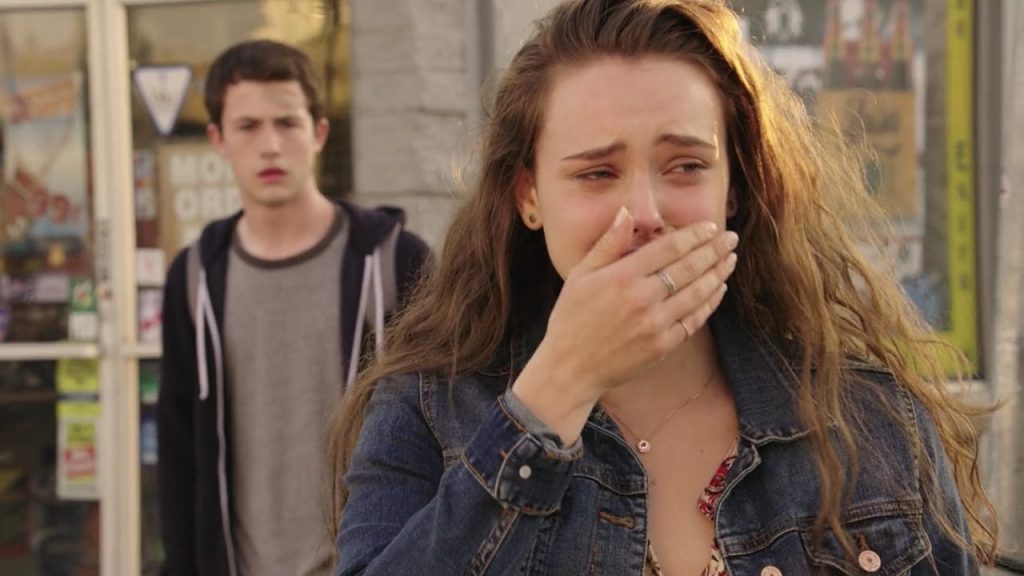 We’ve all heard it: suicide is selfish. 13 Reasons Why perpetrates that stigma in Hannah’s suicide and her peers reactions. It’s easy to blame Hannah for killing herself, we aren’t able to get much of her story other than through the tapes. But the tapes reveal the complex series of events that led to her suicide. Those who commit suicide are never to blame; it’s often something out of their control that lead them to suicide in the first place.

The producers overlooked that this actually happens to people

All in all these reasons lead to one thing: the producers act as if this doesn’t happen in real life. The devalue the stories of those who deal with mental disorders everyday by the way they tell Hannah’s story. Suicide and mental health are not something that should be used to entertain, it should be something to take seriously and accept as a growing part of society. Walk away from the screen and you’ll realize that mental health is a lot less entertaining than Hannah, but important to understand nonetheless. 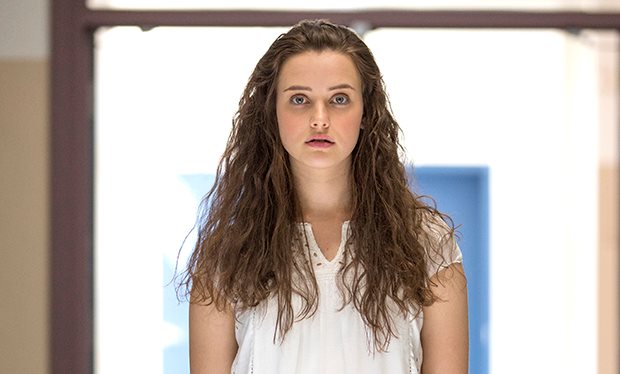