We sat down with Neil Hilborn, the poet whose spoken word poem ‘OCD’ keeps going viral

In an interview with The Tab, Neil Hilborn talks mental health, poetry, and his unique 4am writing ritual

Out of all of the work that you’ve done, which is a lot, why do you think ‘OCD’ has gone viral?

Honestly, I’ve been thinking about that a lot, especially recently when it went viral for the second time. The first time I performed it was in 2011 at College Nationals at Michigan. It first went viral in 2013, and the video that was taken of it was going to be the last time I ever performed it because I had toured with it for a couple years and had been competing with it all the time.

I had technically already retired it, but I made it to individual finals at a regional tournament and Sam was like, “Hey Neil, I don’t have a good video of OCD, just go do it.” We put this video up, and it didn’t do anything for a few months, and then someone happened to put it up on Reddit at the right time with the right title. Then suddenly it had four million views in a day and I was like, “What’s happening!” Every time I think I’m going to get away from it, it continues to have this longevity. I like the poem, and I like to do it, but every time I think it’s dead, it’s not dead. 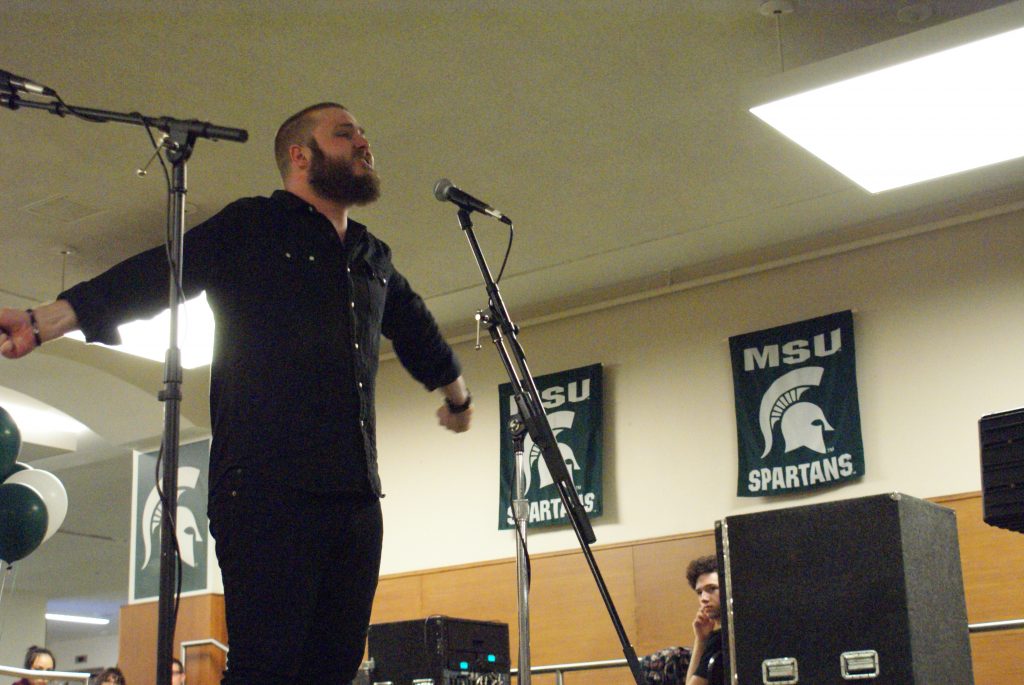 You write a lot about mental disorders, is some of that internal and some just what you’ve witnessed in others?

I wouldn’t writing about a mental disorder if it wasn’t something I experienced. I was diagnosed with OCD when I was 11 and Bipolar Disorder when I was 22, and with that comes anxiety and depression because OCD is an anxiety disorder and bipolar disorder is about being depressed. I don’t personally feel comfortable telling a story that isn’t mine, especially with straight white dudes corrupting everything forever.

Why do you think it’s important to write about mental health disorders?

It’s funny – when I started writing about mental health disorders, I was never trying to make a statement, I was trying to describe what it is like in my head. I never had been able to effectively communicate it until I had poetry, and specifically spoken word, and had a way to enact mental health in front of somebody.

It’s most important to tell not just a story of mental health, but any story that’s personal, because so often we feel pressured to not talk about our internal state and to not bother someone with it. But I think it’s so important to be able to accurately describe whatever is going on in your head. 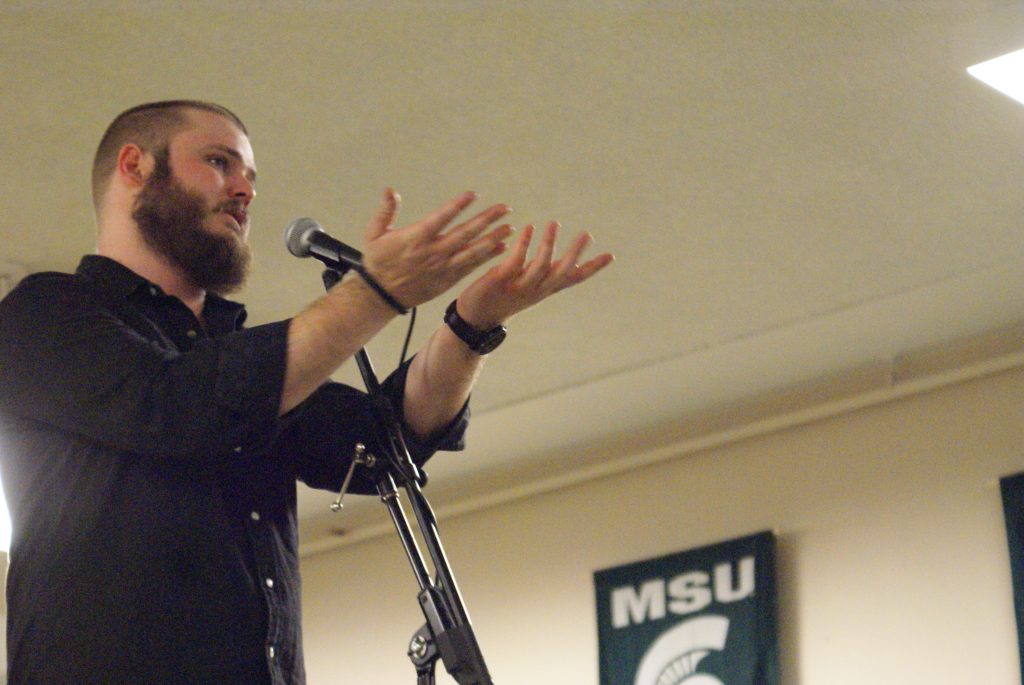 When did you start writing and performing?

I wrote my first poem when I was eight. It was about the moon, it was terrible. I knew I wanted to be a poet, or a professor, or involved in writing when I was about 16.

When I was 19, Dylan showed up with a literary magazine and a slam poem that he wanted to workshop. He then took me to some poetry slams in the Twin Cities and we started a poetry slam in our college. Now it’s eight years later and it’s my full time job.

Is writing a form of expression or coping for you?

Writing, for me and for a lot of people, is therapy. Whenever I’m going through something in life, one of the first things I do is sit down and write a poem about it. For me, it’s a method of processing, I’ve got all these emotions in my head and they’re big and terrifying, but if I can put them on a page and literally get them outside of my body I can be more objective about them, because I am looking at them and not just feeling them. 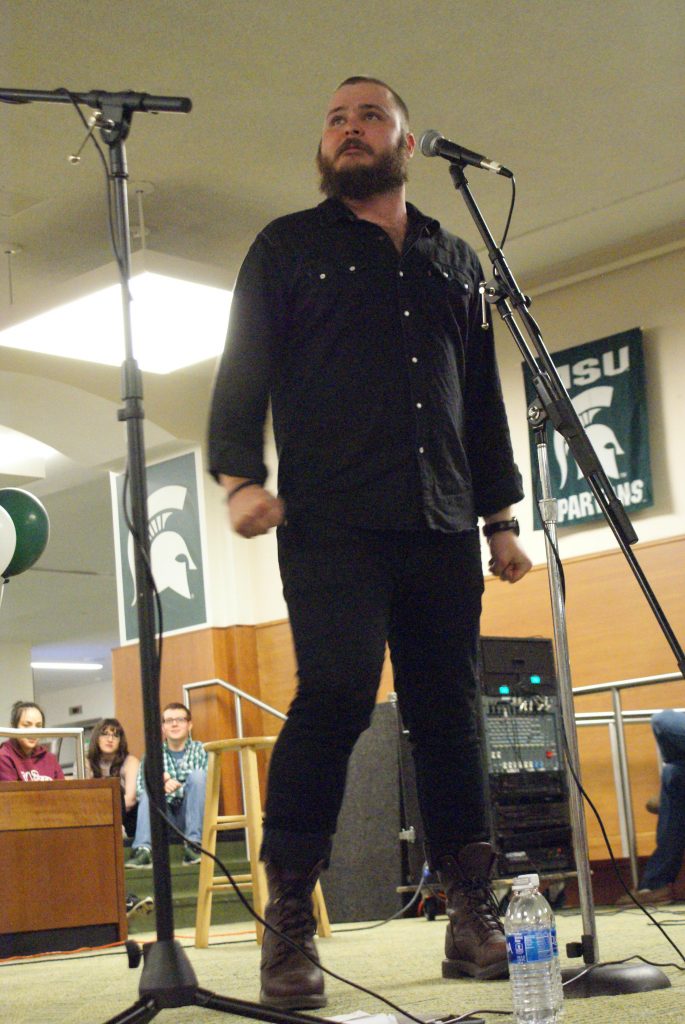 Do you have a method to your madness in writing?

One of my college professors told me to do this, and now I think he was pranking me, but I started the habit and I can’t stop it. He told me to wake up at four in the morning, write for two hours, and then let myself go back to sleep. I started doing it, and I actually got a lot done. I wake up now at four a.m. and I write until I have two poems done and then I let myself go back to sleep.

For me, those cool inspiration moments most often happen when I’m doing something else – doing something that totally occupies my attention and lets some part of my brain make some connections – and then I’ll hear a couple lines in my head and I’ll have to stop and write. 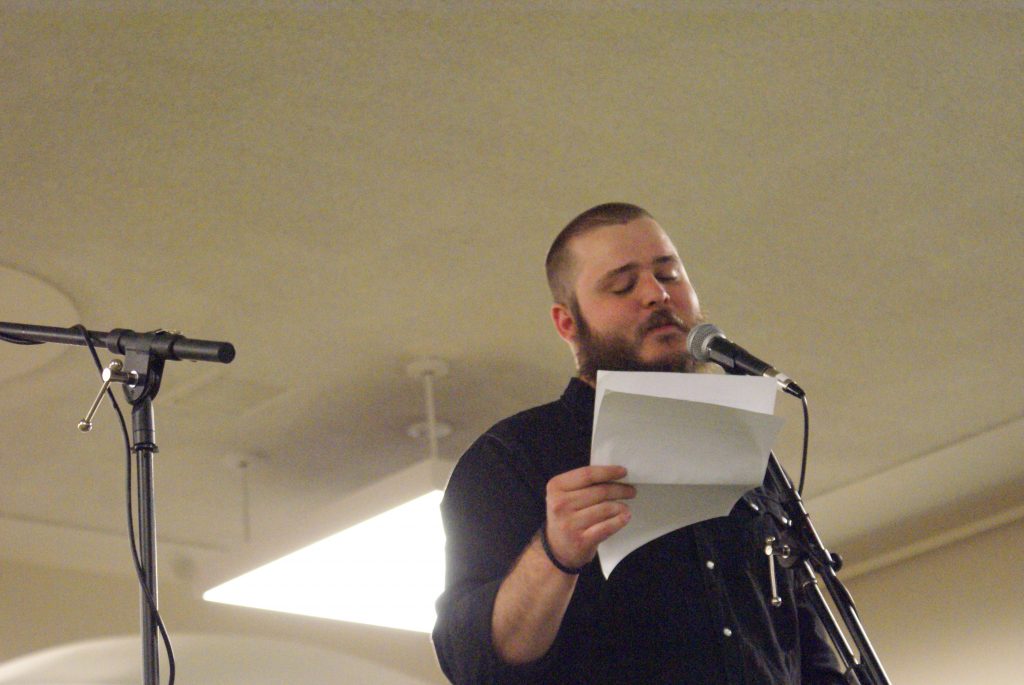 What are some words of advice you have for other writers?

Get ready to be rejected all the time. You fail far more than you succeed. With that, figure out how to attach your own ego to the results of your work. That’s one thing I learned from going to poetry slams all the time. I’ve competed in hundreds of slams, and I’ve won maybe eight – I’m not super good competitively, I never have been. One of the things I’ve always said to myself, every time I was at a slam and got knocked out in the first round, is that “the judges just didn’t happen to be into what I was doing tonight.” More important than that, the few times that I’ve won or done well, I said to myself the same thing: “the judges just happened to be into what I was doing tonight.”