Because this is what Spartans are all about

On Tuesday, January 31, hundreds of students stood in blustering winds and snow to show their support for those being affected by the decisions of Donald Trump. The event was created within hours of the executive order being in place, as the Muslim Student’s Association watched the stories of detainees grow.

“We felt it was on us to bring light to [the issues with the ban],” Batoul Sadek, a member of the Muslim Student’s Association said. “To let other community members who don’t necessarily understand what the ban is, or who are unaware entirely what’s happening understand the issues we’re facing.”

Many of the students and East Lansing community members that came to the event weren’t directly effected by the ban or potential construction of a wall, but were concerned for their friends because of this discrimination. 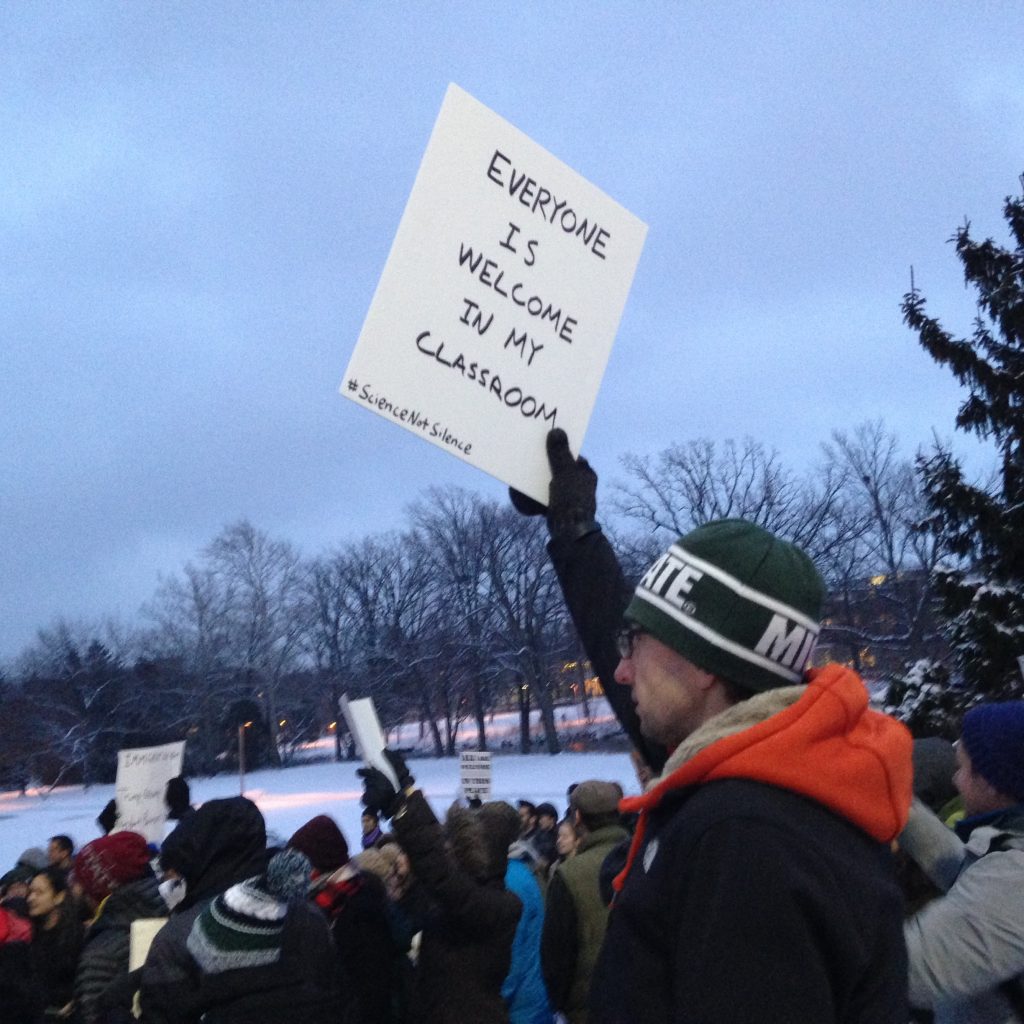 “The ban is inappropriate,” Nancy Sethi, an MBA student at MSU said. “No human is illegal; everybody should be allowed to come into the US.”

The Muslim Society had a variety of speakers, from a variety of nationalities, race, and religions speak about how they were being affected by the ban. An advocate of the Native American tribes in Michigan encouraged attendees, through a poem, to stand up for one another, because they’ll be the people who can help when it’s your time of need. 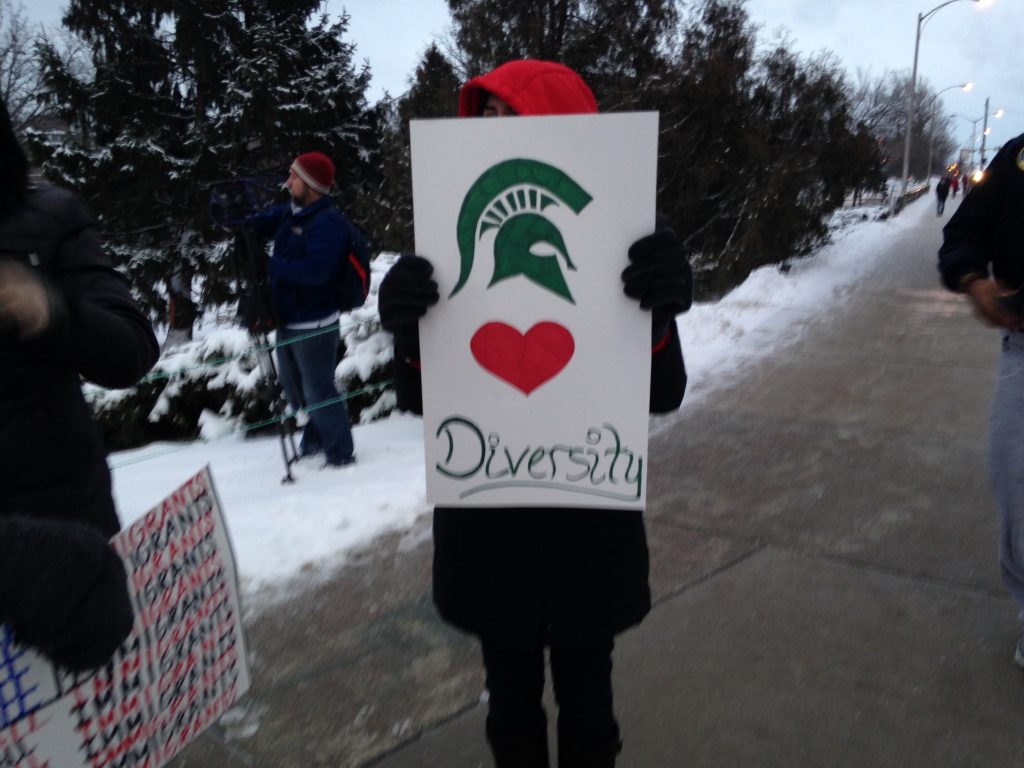 The president of the Muslim Student’s Association, Ibrahim Abdoulahi, brought to light the global issues that come along with this ban. He noted how the protesters were standing outside freezing, but at least they could go home and get warm; in Syria people were freezing to death. He spoke about how difficult and expensive getting visas already was. He also told the story of his uncle who recently died in a bombing in Yemen, all because he couldn’t get into the United States.

Overall, they spoke about unity. About how protesters “can’t just stand with signs” anymore, they have to follow through with a call to action. That call to action is calling and emailing officials, like Bill Schuette and others, who are supporting the ban.

The protest ended on a positive note when it was announced that Lansing is on its way to becoming a sanctuary city. 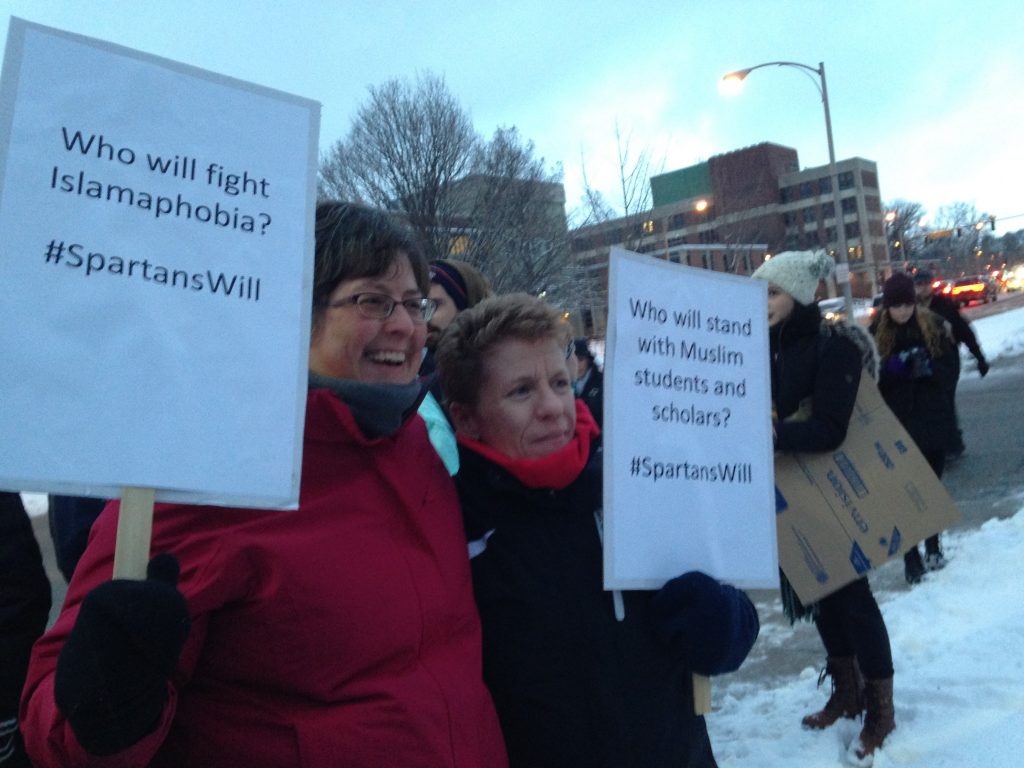