The best of yesterday’s women’s march on Lansing

Inspiring to say the least

I knew that the march on Lansing was going to be a beautiful event when I showed up maybe 5 minutes after the speakers started, and the lawns of the Capitol were so full that I momentarily couldn’t get across the street; I would definitely call it a bit of a sensory overload. I ended up spending nearly four hours at the Capitol, working my way from the back lawn to the steps of the building, meeting all different people with different motives for their attendance along the way. These are some of the best things that I witnessed: 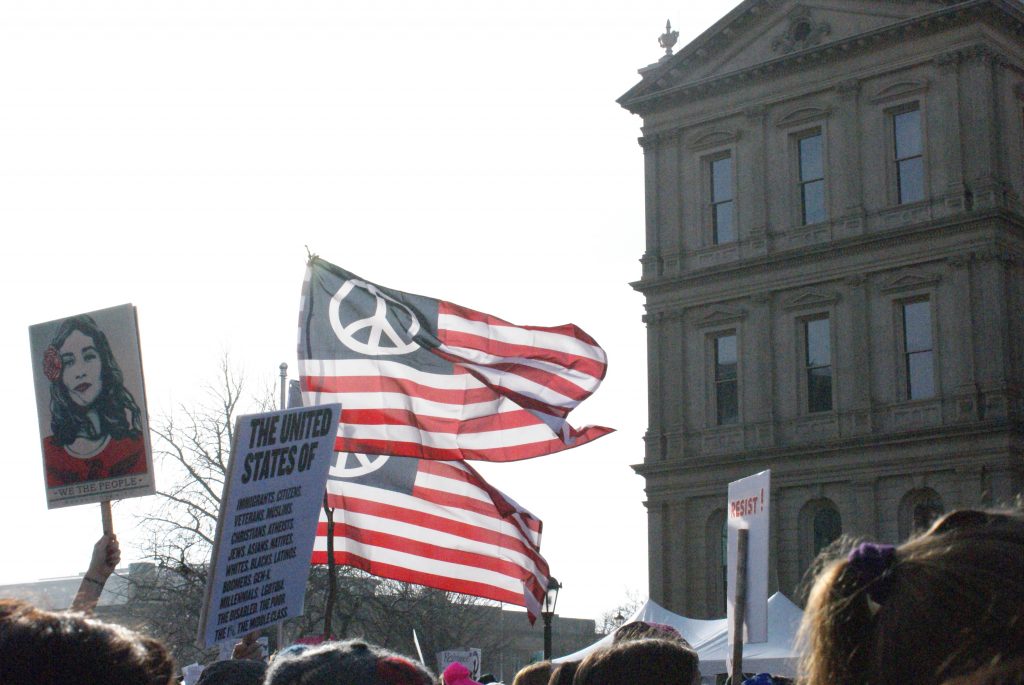 It became clear to me when I was on the back sidewalk that this march was a lot more than about women. It was about equal rights for the disabled, LGBTQIA people, and trans people and the right for healthcare. One of the first things I heard in the crowd was a beautiful drag queen (I wish I had gotten a picture) telling one of their friends: “I actually feel safe here.” 30 minutes into the march and I was already breaching tears. The first gay couple that were married in the state of Michigan were also there, and gave a shout out to the speaker that married them. The crowd was just filled with so much love. 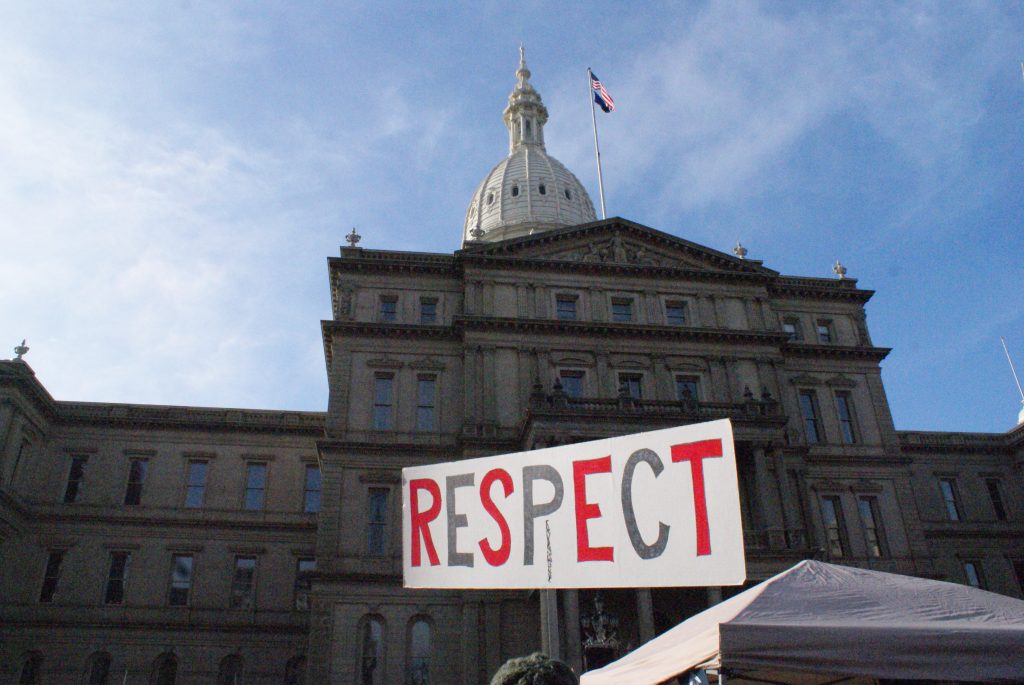 One of the speakers had cancer, and another shared her experience from a visit to Planned Parenthood. Both of which showed the dangerous variability in health coverage if ACA and Planned Parenthood are defunded. The cancer speaker would likely not have been able to get insurance at the time, he was on his parents plan still; and now may not be able to without ACA because of his costly medical background. The Planned Parenthood speaker didn’t tell us the story of her abortion, she told us the story of how the employees took care of her, and through that made her actually want to be a mother. 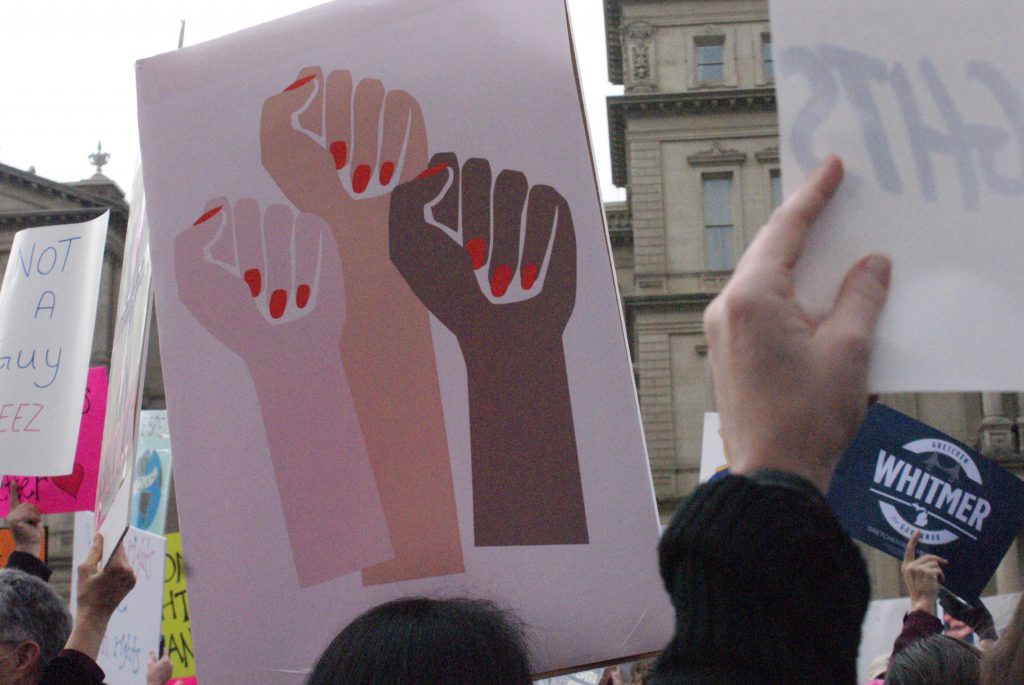 I was shocked when I realized that there children everywhere. I saw one little girl trying to rush up to the steps of the Capitol because she wanted her sign to be seen, she wanted to make a difference. Little girls were perched on their parents shoulders, getting glimpses of what is undoubtedly their first political experience. There were 16 year old girls there that knew they couldn’t vote, but didn’t want to be stopped from having their voices heard I found it amazing that it’s not only those that can vote that are standing up, but voters of the future. 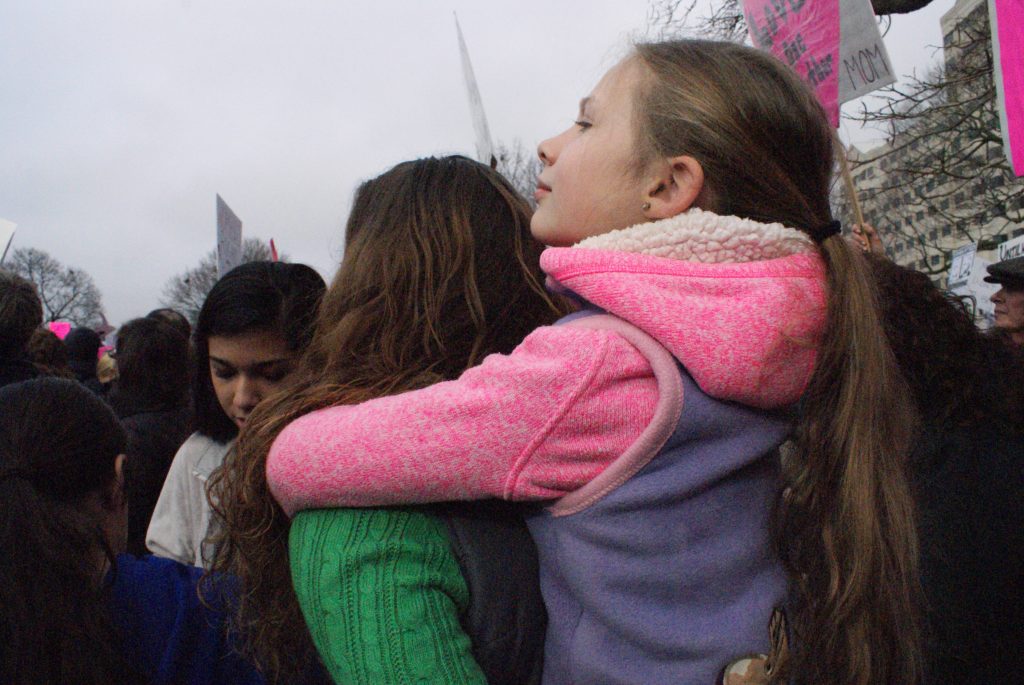 Through all the coverage and photos, it’s easy to see that there were thousands of different signs at the rally; and what was amazing about it, is that almost all of them were unique. Each individual sign represented why another women was standing in the crowd. One women held up that she had been diagnosed with cancer on her 30th birthday, and wouldn’t be here today without ACA. Many held signs fighting for the future of their families; for the future of their daughters. 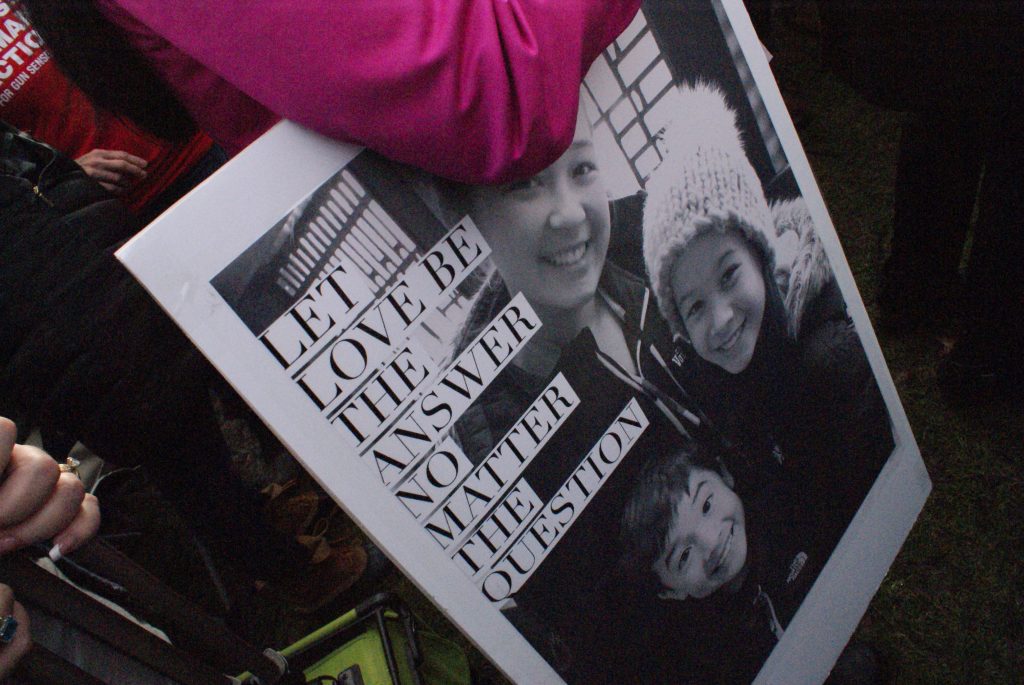 One of the fundamental parts of this rally is that the speakers and organizers didn’t create it just to bash on President Trump and his cabinet, they did it to encourage women to make a difference. To encourage young girls to protest, call their representatives, and get themselves in office so they can make a difference. The message started to come across that there is no need for hopelessness when we have people that are willing to try and make a difference. 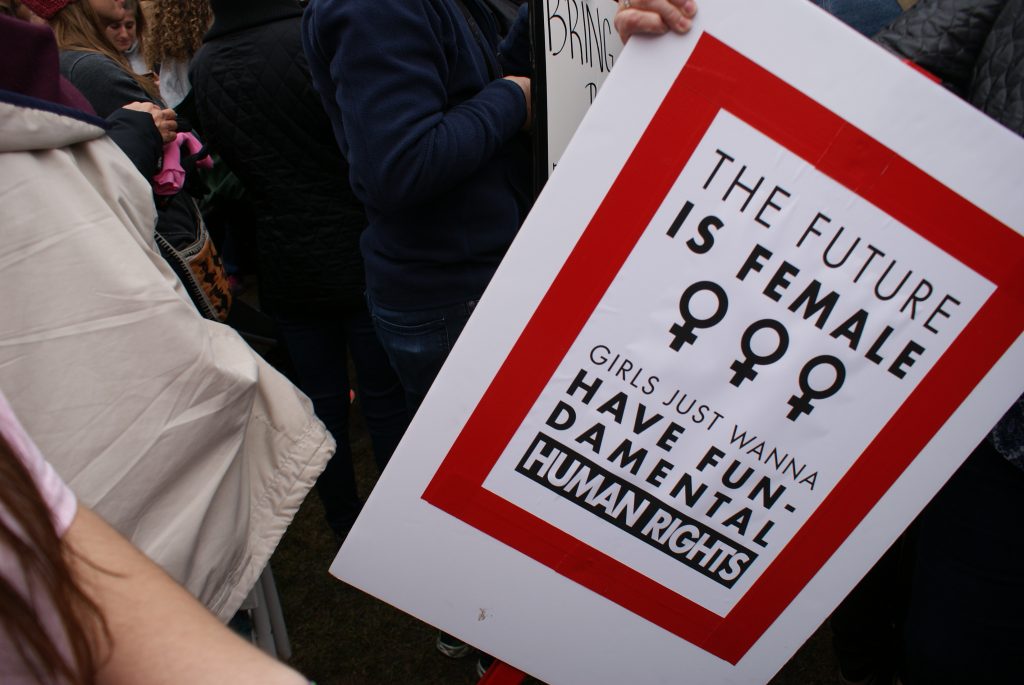