MSU students gathered peacefully in solidarity against hate and bigotry 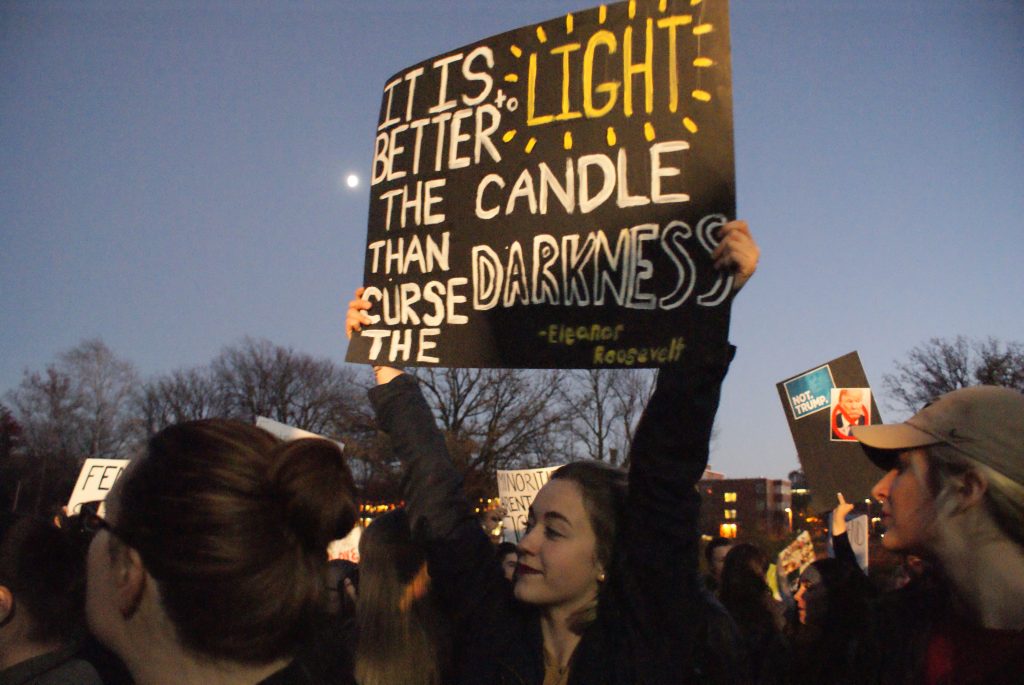 On college campuses across the nation, students have been protesting the results to the election in a variety of ways; a common theme is the heartfelt emotions and concerns toward the personal safety and equal opportunity of students and those around them as Trump heads into office in the coming months.

The electoral college doesn’t vote until December 19, so the hope that comes with these rallies is that there can be a turnaround in the results of the election, and that Hillary might end up in office after all. 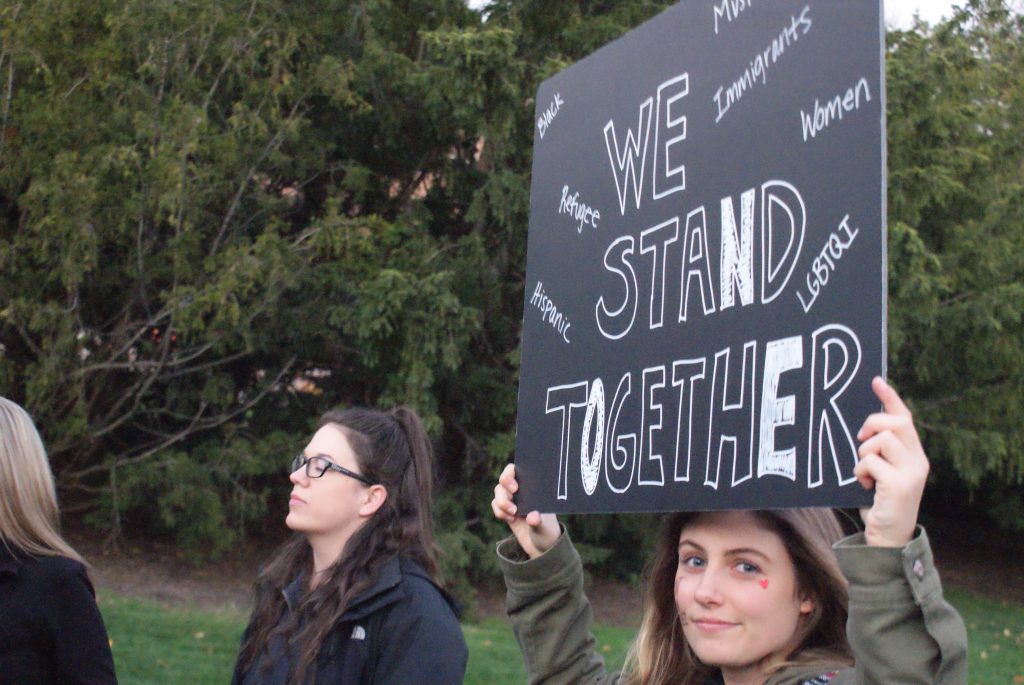 Hundreds of students and other community members gathered at the rock on campus; so much so that they had to be told continuously to move back in order to create more space and not block the road. Protesters were packed together, shoulder-to-shoulder, yet there were no intentions of violence. The event was peaceful, supportive, and full of love. 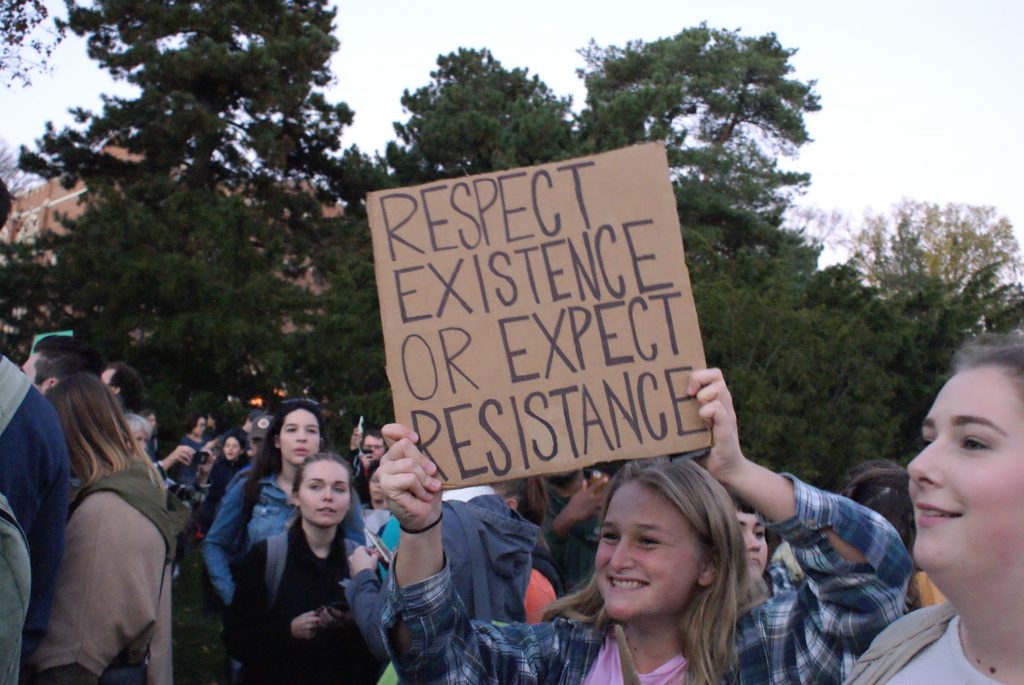 Each individual at the rally came ready to support a broad range of issues. Hearts were bared on cardboard signs with slogans about everything from global climate change to minority rights. It was clear that no one would be ostracized for their race, religion, sexual orientation or gender identification, gender, or socioeconomic status. 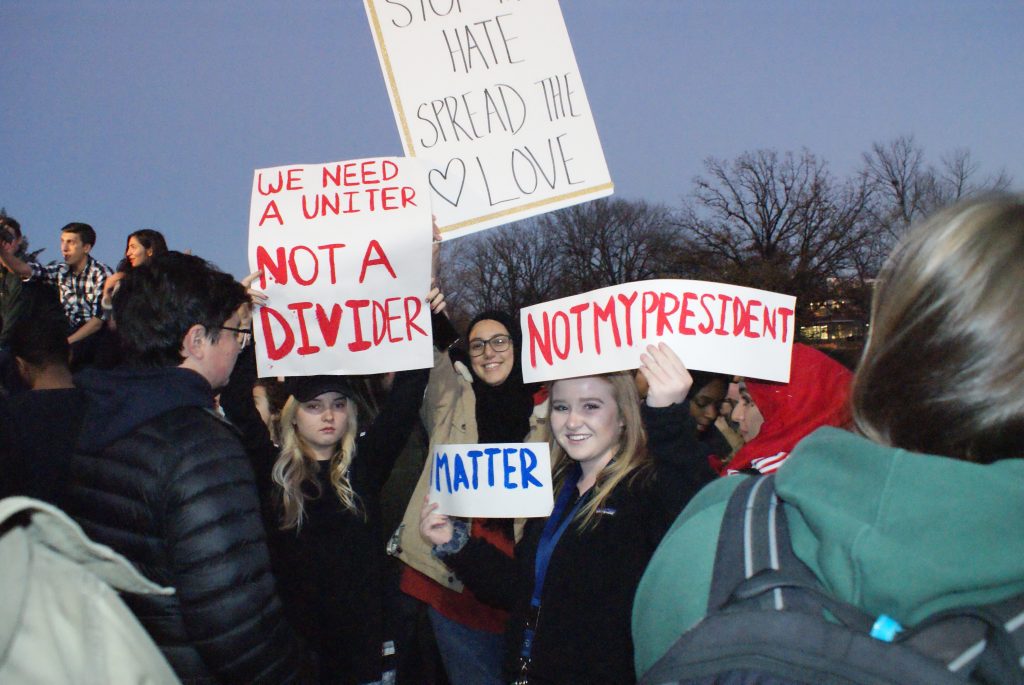 After meeting at the rock and listening to speakers, the protest took to the streets. A number of participants marched to Grand River and continued their protest down the road.

The group completely blocked off one side of the street and alternated chants as they marched. “My body my choice” and “love trumps hate” could be heard down Grand River as they made their way around West Circle and into the MSU Union.

Once the protesters were inside the Union, MSU Police intervened and blocked off the building, apparently claiming that the building was “at capacity.” The supporters continued to occupy the space peacefully as the crowd slowly waned.

There have been no confirmed reports of violence throughout the protest. 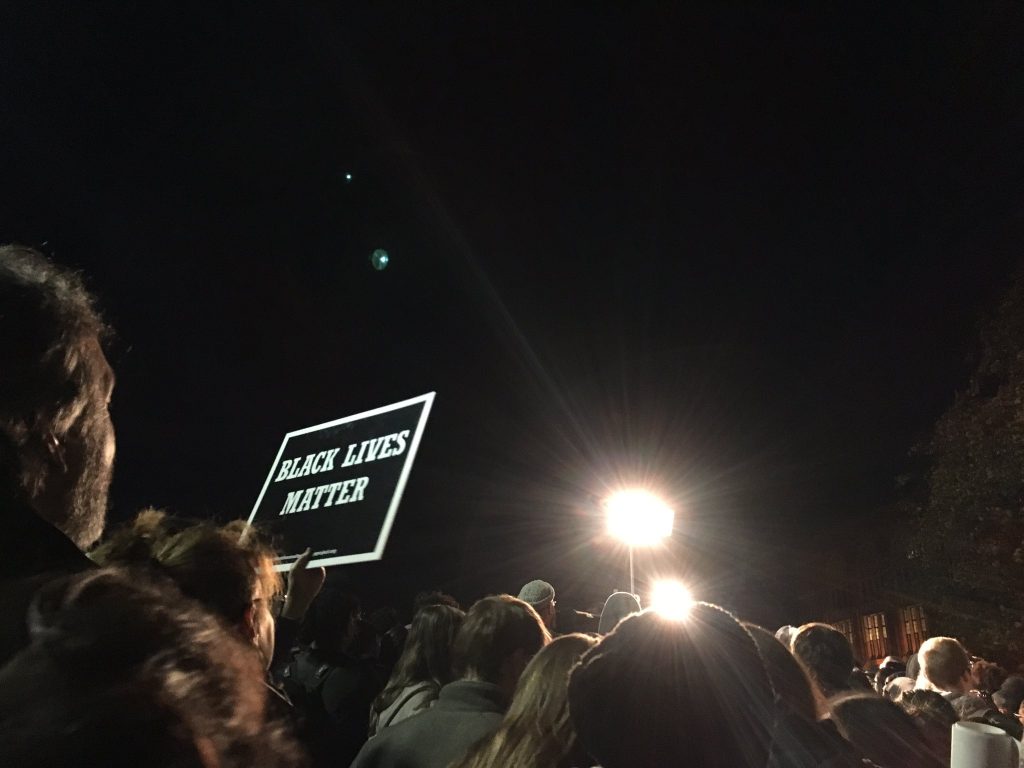