And we thought the fake clown sightings were scary

Ah, Michigan State University, the home of historic architecture and “ivy covered halls.” What if we told you, just in time for Halloween, that these ivy covered halls were subject to numerous recorded hauntings. That’s right, MSU is ranked surprisingly high on the list of the most haunted colleges and campuses. Almost humorously, another mentioned college on this list located in Salem – the infamous city of the notorious Salem witch trials – falls at a mere #41, while Michigan State University climbs to #13 on the daunting countdown. Thirteen – an unlucky number at that. Easting Lansing… haunted? Who would’ve thought

If you are easily spooked and just happen to be a resident of Mayo Hall in North Campus, read what’s to come at your own risk.

Mayo Hall, named after the late Mary Anne Mayo, a firm believer in women’s education and a notable individual at Michigan State’s Agricultural College, is said to be haunted by mysterious visits from the “ghost” of Mary Mayo. There have been reports of the piano “playing itself,” and enigmatic lights flickering on and off independently. Allegedly, many satanic rituals and events occurred in a room in the building’s fourth floor attic. But don’t you adrenaline junkies get too pumped to venture onto to the the fourth floor in search of paranormal activity, because the location has since been secured shut and is impenetrable – for good reason, I’d assume. 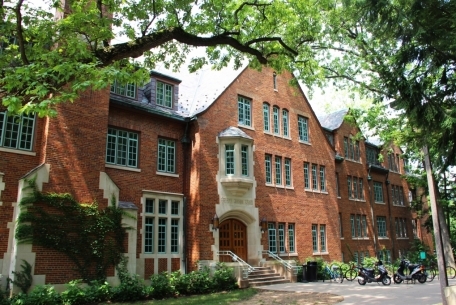 The mystery of Mary Anne Mayo sticks with those who know its story, and residents 0f Mayo hall lucky enough (or unlucky enough) to experience supernatural and/or ghostly occurrences in this living center thoroughly understand why Michigan State University is ranked #13 on the list of the #50 most haunted colleges and campuses of the United States.

Next time you casually waltz into Mayo Hall, remember to keep your eyes and ears peeled…you never know what sort of spirits might find you in its ivy covered halls.