‘This election is a war’

Hillary’s campaign held another event on Michigan State’s campus this Thursday, October 6. This was the second one hosted in a week.

Last week, Chlöe Grace Mortez appeared and encouraged students to register to vote. On Thursday, Senator Bernie Sanders came to campus to further announce his endorsement of Clinton’s campaign, and speak about the goals Clinton hopes to reach if she were to gain the presidency.

Unlike many campaign events, this one was hosted by and aimed directly toward young voters. Most of the people in the crowd were MSU students – they waited during an impending storm to hear Sanders speak. Many talked lightheartedly about politics. A local band made up of Spartans past and present kept everyone excited by playing a variety of classic rock tunes, and by encouraging chants of “Bernie” and “Stronger Together.” 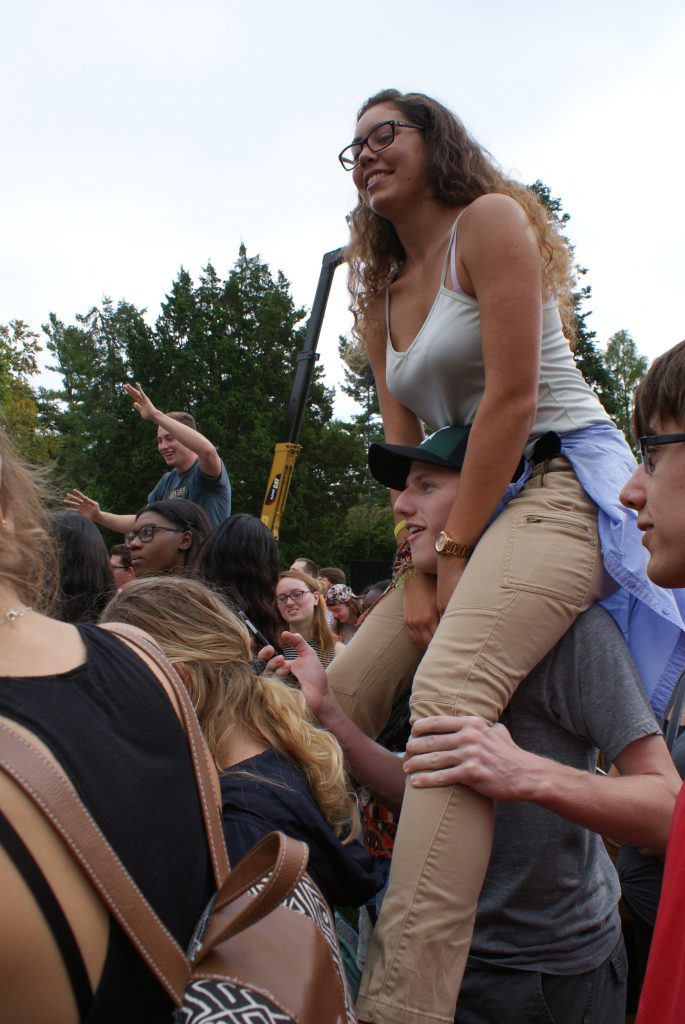 Once the band stopped a series of short speeches ensued prior to Bernie taking the stage. Each one of them covered a different topic commonly talked about throughout this election. The first to give one of these preliminary speeches was Tom McMillin, a former Michigan state representative.

“This election is a war,” he said in reference to Clinton and Trump’s differing stances on education. McMillin is running for State Board of Education, with hopes to make upper level education more available for all students within the state.

“We have to rebuild support to make it so everyone can get a good education. We need to send a message that we embrace all our diversity.”

Following McMillin, Justice Deborah Thomas was introduced. Thomas noted that she is running for the Michigan Supreme Court.

“It is important that we vote for the judge,” she said. “It is difficult to [know where to vote for judges] because they’re not listed with the political party.”

The spot where voters choose local and statewide judges varies each year, which is part of the reason why not many voters participate.

A judge for the Supreme Court, appointed by Gov. Rick Snyder, has cut the budget for treatment courts in half. Thomas’ campaign hopes to expand that budget once again to support treatment for drug abuse, mental health, veteran care, and victims of human trafficking. 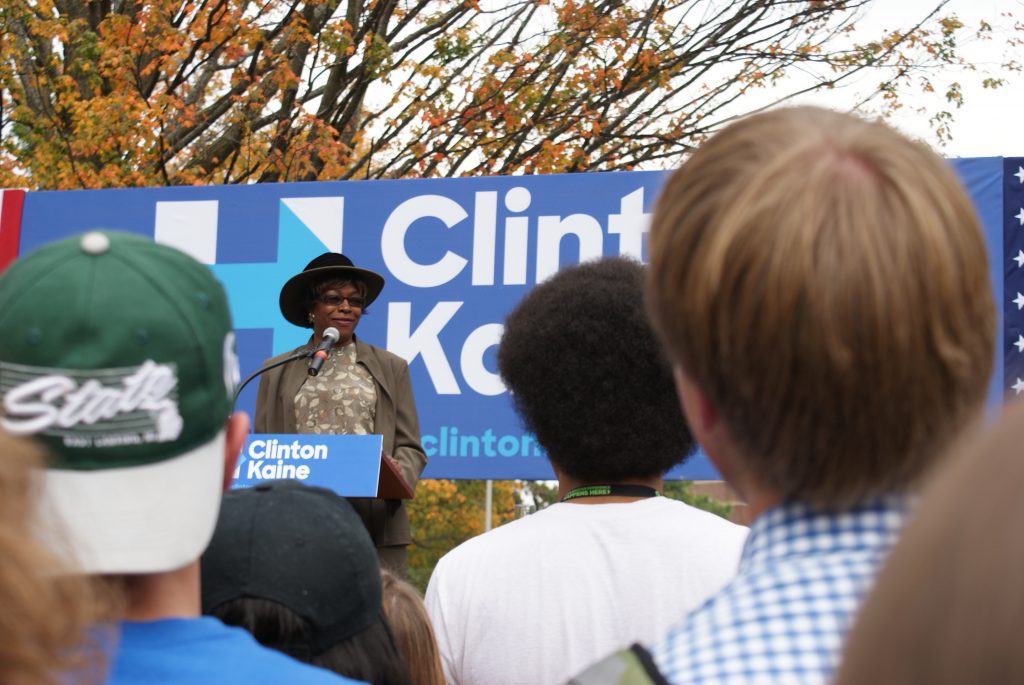 “You have the ability to decide what justice looks like for all the people all the time,” said Thomas.

After her, the campus organizer for the Michigan Democratic Party, Aaron Stephens, spoke about his time on the Bernie campaign.

“[A lot of people] say I switched my views, and that’s not true,” he said. “I switched from one candidate to the other, who had similar ideals – I did not switch mine. I am more than proud to say I am with her now.”

After Stephens, a man who is a first-generation American told the story of his mothers’ American dream. He has worked for GM and almost lost his job in 2009, when the auto industry was collapsing. Clinton’s and Sander’s efforts and funding to the auto industry helped it regain its speed, and give people their jobs back – something he said would never have happened without their support.

Finally, Bernie Sanders came out on stage and was welcomed by a loud, exuberant crowd. 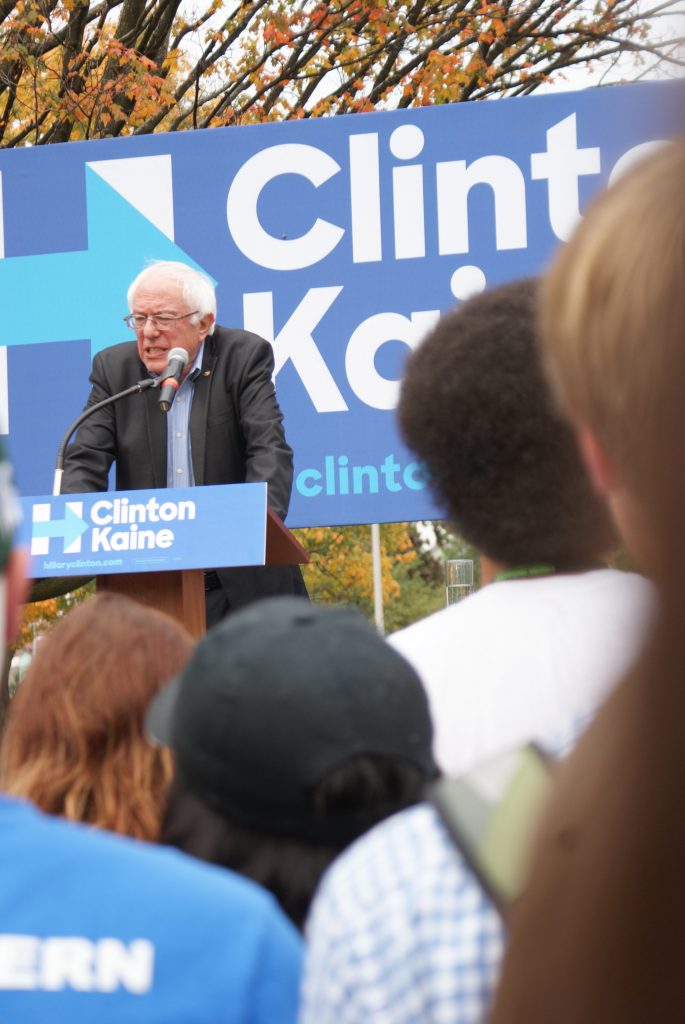 “This election is not a personality contest,” Sanders said. “It’s not about demonizing people, it’s about taking a cold hard look at the issues in this country.”

“We can disagree – that’s what democracy is about. Otherwise I’m worried about turning into an oligarchical society,” Sanders said.

“Our job is to bring people together, not let Trump tear us apart.”