I became desperate: A battle with eating disorders

‘I hated myself, I hated my body, and I would rather die than gain any of that weight’

Weight is a struggle for everyone. I’ve struggled with it all my life. I’ve never been one of the skinny girls. I’ve always been a little bigger-boned, a little curvier than the rest. Even in dance and athletics, I still never looked the way I wanted to. That’s really all I’ve ever wanted, and I reached a point where I obsessed over it. I never thought I would reach that painful point in my life.

In my sophomore year of college, around late 2014, I developed a serious binge-eating disorder. I was being bullied by the girls I lived with at the time, and my only comfort was found in food. I ate whenever I could and I didn’t care what repercussions it would have on my health. I was downward spiraling into a manic depression. I was at my biggest low, I had hit rock bottom.

Shortly after that, I had moved out, spent some time working on myself, and slowly but surely got my shit together. First on my list of things to get done was to lose weight and eat healthier, because I had gained so much weight from binge-eating. The entire summer after that was a “successful” one. I managed to lose around 20 pounds and I felt amazing. That was when things started to take a sharp turn. 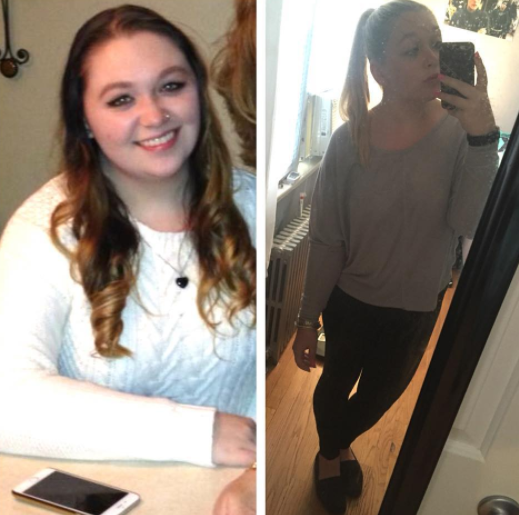 Me on the left during binge-eating disorder, me on the right with anorexia

Around mid to late 2015 was when I returned to school and I had been receiving compliments on my weight left and right. Never had I felt such euphoria of having someone else notice my weight loss before. Unfortunately at that time a plateau in my weight loss occurred, which is normal. Being desperate for the ammunition of compliments and praise to my weight loss, this slowly began the restriction of my intake of food.

The first week of this (die)t barely 500 calories a day was in order. The day would start out with something hearty like a bagel, and that would be my meal for the day. Sometimes there would be a small snack during the day, if I made time for it. Eventually, it turned into an addiction. I couldn’t stop myself from not eating. I didn’t want to. Every time I tried to force myself to eat, it would induce severe nausea. Even my family began to notice that the weight loss was happening much too fast. I hadn’t turned skeleton-skinny, but had lost enough to the point where I was visibly in utter misery and much too thin for my body type. I was not happy.

My friends had encouraged me to go out to eat with them when they discovered this was happening. As much as I hated eating at that point in my life, I wanted to socialize and distract myself. I gained 10 pounds in three weeks. I hated myself, I hated my body, and I would rather die than gain any of that weight. But that was the start of a loving relationship with food, at last.

Since then I have educated myself on different dieting techniques to make sure I eat enough, but not overeat, and eat the healthiest possible foods I can. Skinny doesn’t necessarily mean healthy, and I know that now. Self-confidence and self-love are absolutely key, for everyone. My advice to anyone struggling with any kind of eating disorder is to know that it is OK, and that you are surrounded by a support system of everlasting love. There are so many people out there who just want to see you happy and healthy. Accepting the help will put you on the right path to true happiness, not artificial happiness. Sometimes the things that scare you the most will eventually become your lifeline. 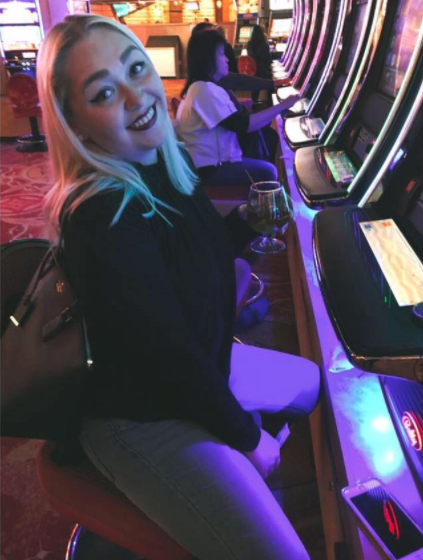