We all have a Tristan

Among all the heartwarming moments in the Gilmore Girls four-part series revival, one of the most poignant moments was Paris Geller’s bathroom meltdown scene in “Episode 2: Spring.” Paris comes back to us as successful an adult as she was an undergrad. We learn she started a surrogacy practice called Dynasty Makers, which is, in her words, “the largest full-service fertility and surrogacy clinic in the Western hemisphere” — with great Yelp reviews to boot. In addition to that, she is “an M.D, a lawyer, an expert on classical architecture, and a certified dental technician,” according to former classmate Francie. Plus, she has a sleek bob and a chic fashion sense.

And yet, Tristan still doesn’t notice her at the Chilton alumni reunion. Who’s Tristan? Oh, just the boy Paris was in love with in high school who had a crush on Rory instead.

In short, we all have a Tristan.

“He didn’t even look at me. Not so much as a glance. All my education, the advanced degrees, the academic awards — all my accomplishments. The private club, the pilates, the dermabrasions, the subtle nips and tucks, and I’m still just Paris Gellar; the amazing insignificant invisible girl,” she confesses. 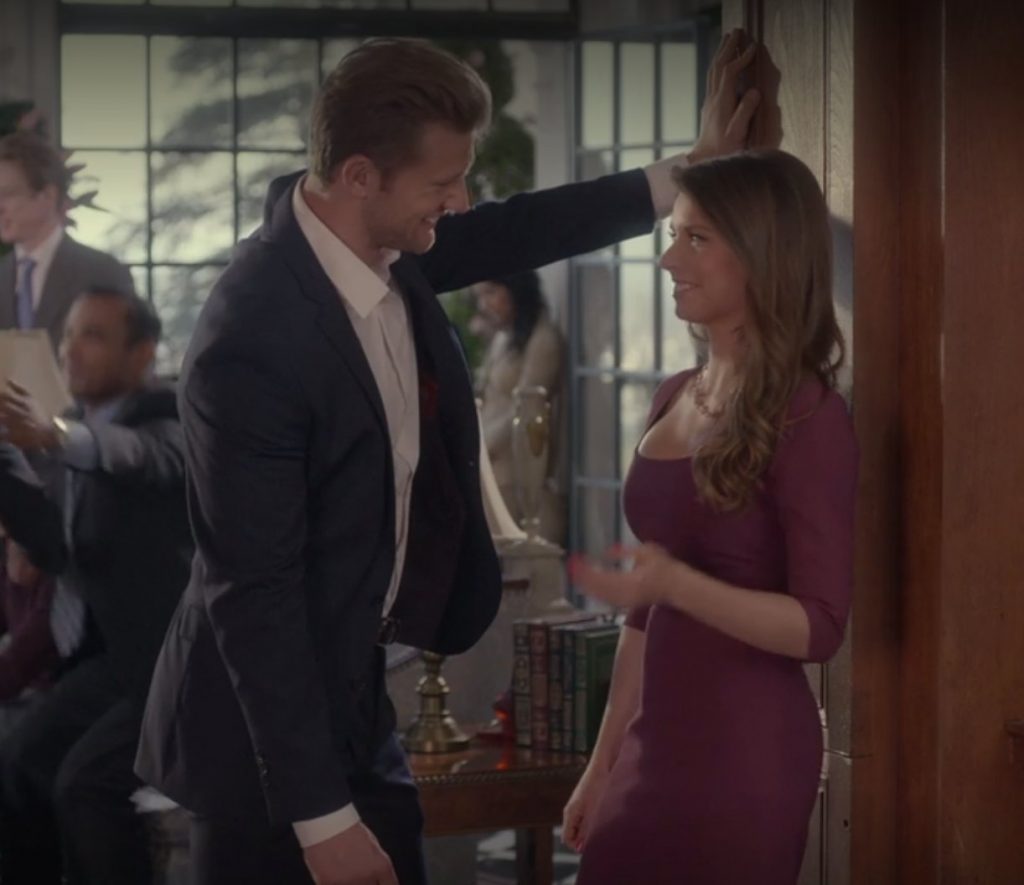 Paris refers to the effort it takes to look good in society’s eyes, from workouts to beauty regimens to the cosmetic surgery procedures many women choose to undergo. Wanting to look attractive to potential partners is a natural human instinct and not something women should be criticized for, but the painful part of her declaration comes from knowing that no matter what she does or how many lengths she goes to, it still might never be enough.

Sure, it’s not really Tristan’s fault for not being into her; everyone has their tastes and their type, and often sexual attraction is completely involuntary. But many women will no doubt relate to the despair Paris feels at having supposedly done everything right, at submitting herself to all of the arduous beauty standards the male gaze seems to demand, only to continue to find herself viewed as undesirable or even “invisible.” It is, to say the least, depressing.

Looking into her academic and career achievements brings up another issue altogether. The problem of men feeling emasculated or intimidated by successful women is not a new one in feminist discussion, but Paris’s elaboration on it shows its relevance even today. This is important because it proves we are definitely not living in a post-feminist society and that the issue of male fragility continues to plague women as they reconcile finding success with finding a man.

(It’s worth noting that while at this point in the show, Paris technically does have a man — she is in the process of divorcing her husband, Doyle — he is a rarity that many women do not see manifested in their real lives. Doyle is very aptly a fictional character. And, you know, they’re getting divorced.) 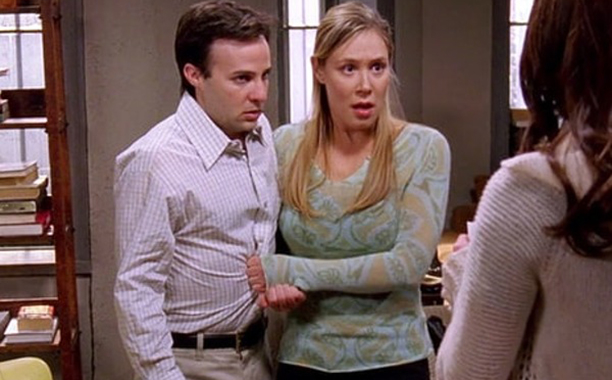 To be fair, Paris Geller has a long history on the show of being a bit, well … scary. And she didn’t file her claws one bit in the revival, something fans like myself were very glad to see. It’s an intrinsic part of her character to be bossy, blunt and neurotic to almost comedic proportions while she serves as a foil for sweet, good-natured Rory throughout the series, and she simply wouldn’t be Paris without all that. She even scares stoic, short-tempered Luke Danes. She is supposed to be intimidating, and in that case, it’s easy to imagine why someone like Tristan might not be interested in her.

But that doesn’t alter the fact that her struggle in episode two is all of our struggle if we want to be respected for our professional accomplishments. The truth remains: many men can’t handle bold, successful women.

This fact has never been more evident than during the recent election. It’s hard not to compare Paris to Hillary Clinton, a woman who put her whole life into her career and seemed to pay for it at every turn. She was cheated on, publicly mocked for supposedly being cold and unlikable, criticized for every decision she made in office even if it was historically in accordance with the decisions of male politicians, and ultimately lost the presidential race to a man with no comparable political experience.

Much like Paris, it evidently didn’t matter one bit how many achievements Clinton had, how many years of experience she carried, or how many ladylike pantsuits she wore. She tried to do everything right and make society comfortable with her, but in the end it was not enough; and for a lot of people watching and scrutinizing her, it would never be enough. 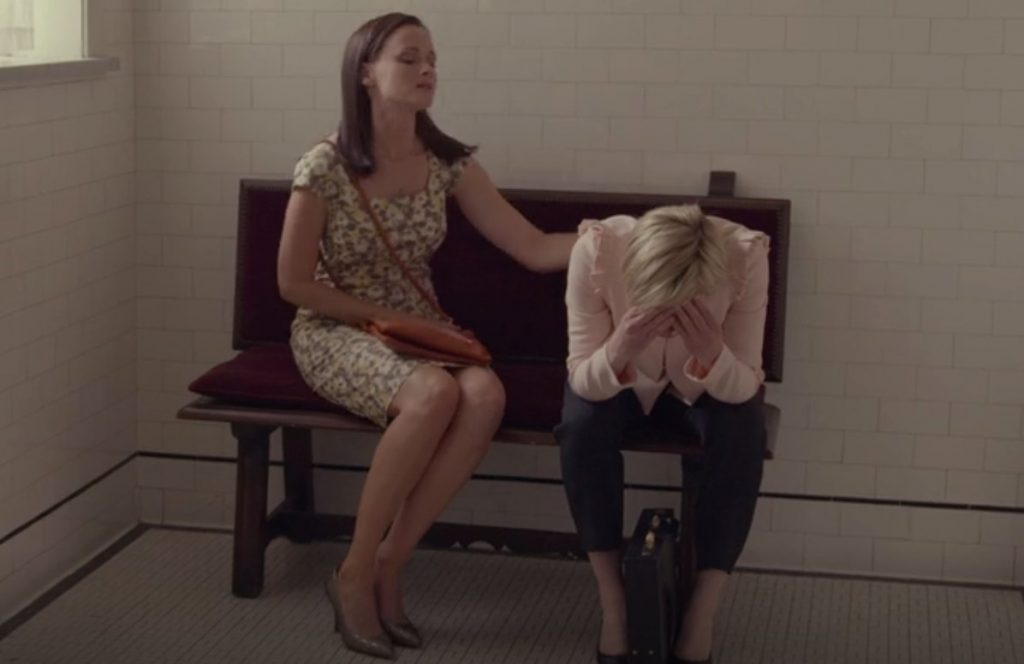 While Paris’s meltdown is fictional, real life examples like Clinton’s are all around us. We can say that we don’t want to date assholes anyways and raise our fists of girl power, but what often happens is we end up waiting around quite a while. And that hurts. And we begin to question ourselves. Resentment starts creeping in and coloring our view of the world. There are plenty of articles observing that women who embody feminist ideals are more likely to be single and remain single for a while. It’s no wonder a lot of girls fall into the cycle of dating fuckboys even though they know those boys aren’t good for them.

“What is this I’m feeling?” Paris asks. “I’m feeling fear, and loneliness, and heartache.”

Eventually many women begin to wonder whether they are sacrificing love and romance for success and self-worth, and they lament how unfair it is to feel you have to choose either one or the other. The pressure of not threatening the straight male ego can feel very real.

At the intersection of over-demanding beauty standards and male fragility, we are all Paris Geller.