Shouldn’t a college campus be an accepting space?

College campuses are the most political atmospheres on earth come election season. Colorful campaign signs picket the quad, and students show off the candidate of their choice with slogan tees and buttons stuck to backpacks. After a number of incidents, however, I no longer feel comfortable doing the same.

After much research, I decided that Donald Trump was the best candidate for me but I do not feel safe vocalizing this in person anymore. Since election season began, I’ve actually had multiple liberal professors comment on my Trump laptop sticker in the middle of class. Other students can be verbally abusive both online and in-person. I’m coming out as a Trump supporter today in hopes of ending this unfair backlash. 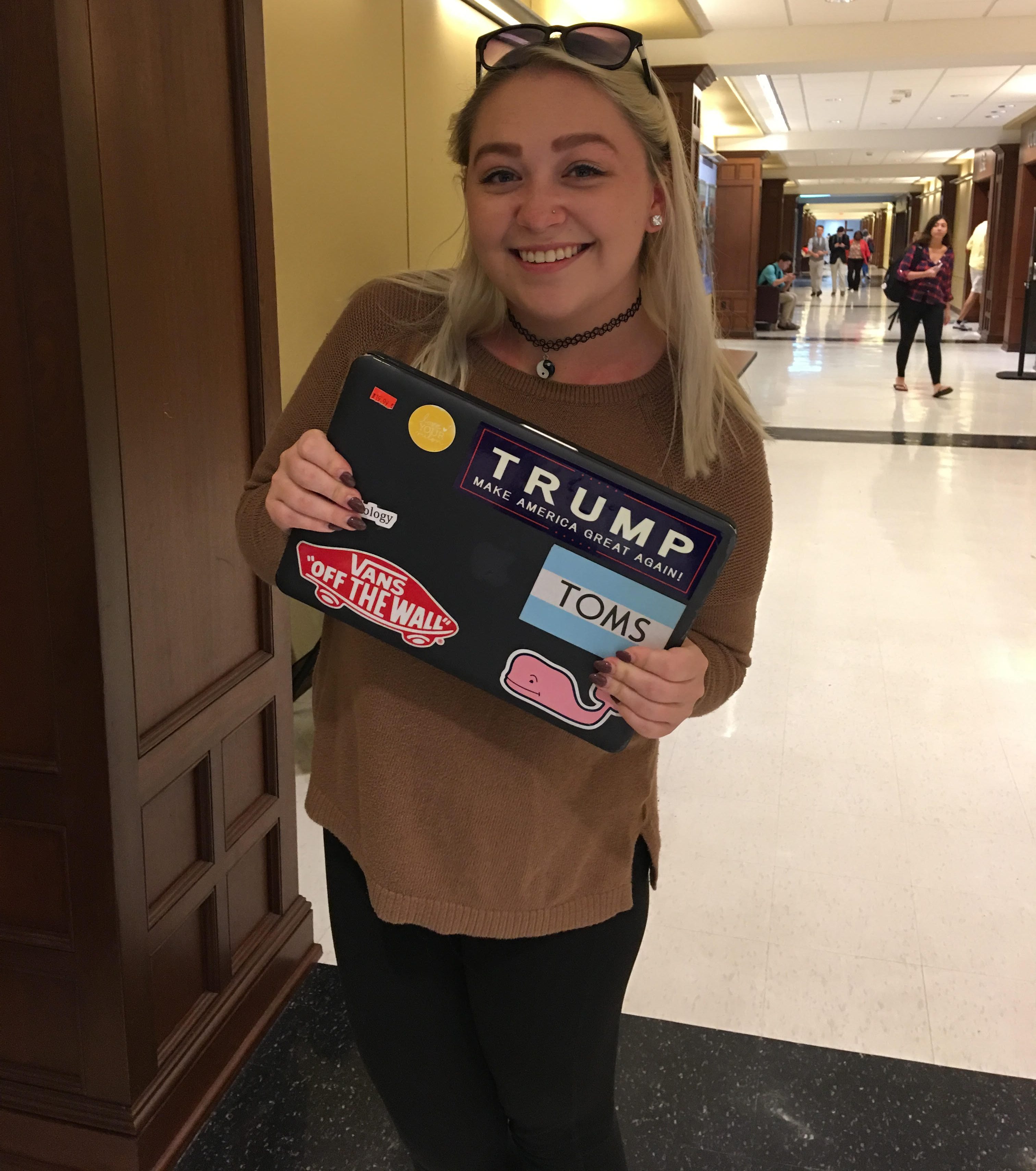 When politics gets violent

Everything came to a head when Trump made a campaign stop on my campus a few weeks ago. As a young, educated woman attending Sacred Heart, I was well aware of the overall reaction not only to Trump coming to campus but even to my individual support of him.

Embarrassed to say I go to Sacred Heart now that they're letting Trump speak there this weekend ?

Before the rally, a barrage of angry letters, tweets and Facebook posts came flooding in, all condemning the university’s choice to let Trump speak. With Sacred Heart being a more left-leaning university, I wasn’t surprised at the overall reaction from the campus Democrats. What I wasn’t prepared for was the violence.

I'm out of here for tonight good night all and if you're a trump supporter fuck off and die if you suported brexit you wrecked everything.

At the rally, things got scary very quickly and concluded with someone being pinned down and taken away by police after pulling out a knife, all captured in an Instagram video which has now been made private.

The worst part is that violent protesters at Trump rallies are hardly new experiences.

For women voters in particular, violence and violent rhetoric is a very serious reality. College campuses are becoming increasingly intolerant of Republican students on campus, in large part because Donald Trump, a divisive figure, is representing the Republican Party. Those students feel unsafe voicing their political beliefs on campus – a place where free speech and free thought are both valued. Oh yeah, and it’s a cornerstone of democracy, too.

I’m hardly the first student to face threats and fear over expressing my conservative views. Amanda Peterson, a student at Gustavus Adolphus College, made national news after reportedly being harassed by male students over a Trump display.

“Multiple students have faced harassment over openly supporting Trump on campus, particularly young females,” Peterson said about her ordeal. “It is absolutely appalling and ridiculous that anyone feels unsafe for supporting a political candidate on college campuses.”

We can all do better

Sacred Heart is certainly a politically divided group of millennials. With such a high difference in political beliefs, a controversial state of affairs is bound to happen. One solution to the outrage is to not allow colleges to host well-known political figures to as it brings some serious safety issues into places where they should not be. Until we can all accept each other’s differences and just move on, we need to keep the problem out of our schools and use them in the way they were intended — education.

I am a Donald Trump supporter. I am not bigoted, homophobic, racist, or sexist and I have just as much right to an opinion as you.

We need to unite our college campuses rather than divide our millennial generation.