Party god PJ gives you a look into his legendary life

Every night was a party at PJ’s house. Whether it was a Tuesday night or a Saturday rager, there were always people ready to turn up. PJ came into this house — known as the “dupes” — last fall semester. The location was perf for partying. Here’s a little glimpse into the life of someone who actually lived at a house known for its parties. (Sadly, PJ no longer lives there.)

The house itself was hardly livable. At the beginning of the semester, PJ had to move out temporarily because of a black mold problem — if that doesn’t say party house I don’t know what does. From the sticky floors to the toilet seat that’s barely hanging on, the dupes was pretty repulsive. It’s perfect for partying though: You don’t have to feel bad about throwing up on the ground — chances are three other people have already done that tonight. PJ says one of the worst things about living in a party house is the constant cleaning. He says it was impossible to wake up and be productive with a dirty house. There were always beer cans to be picked up and trash to be taken out. 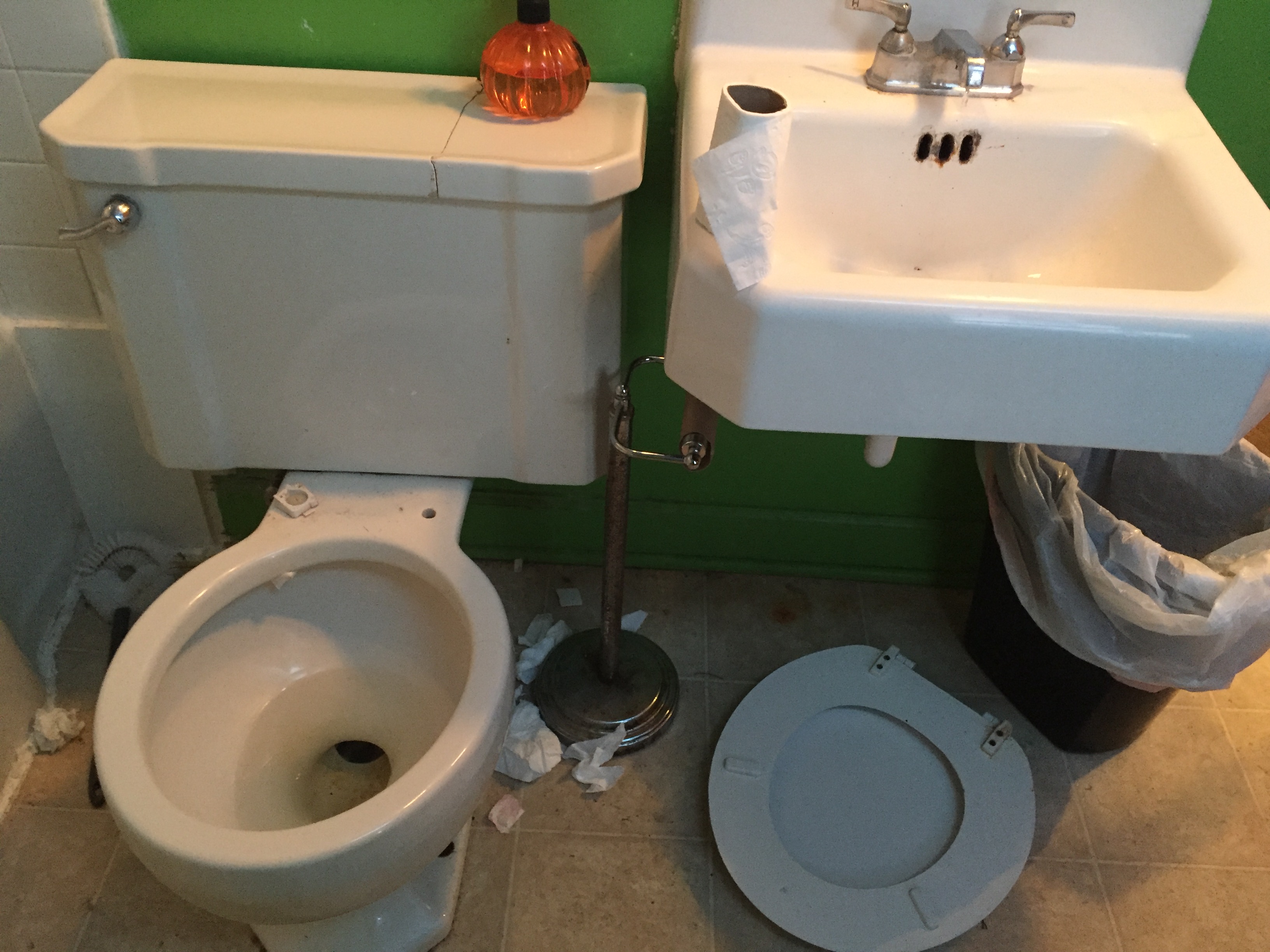 The hype that surrounded the dupes was enough to make you not want to go anywhere else the entire weekend. Every weekend, people gathered to get blackout drunk with their best friends, wake up hungover as shit, then do it all over again. The shenanigans didn’t just happen at night either: PJ and his friends once TP’d his own house in broad daylight while smoking a bowl. There were no rules for PJ and his friends. The biggest perk of living in a party house? The party never has to end. 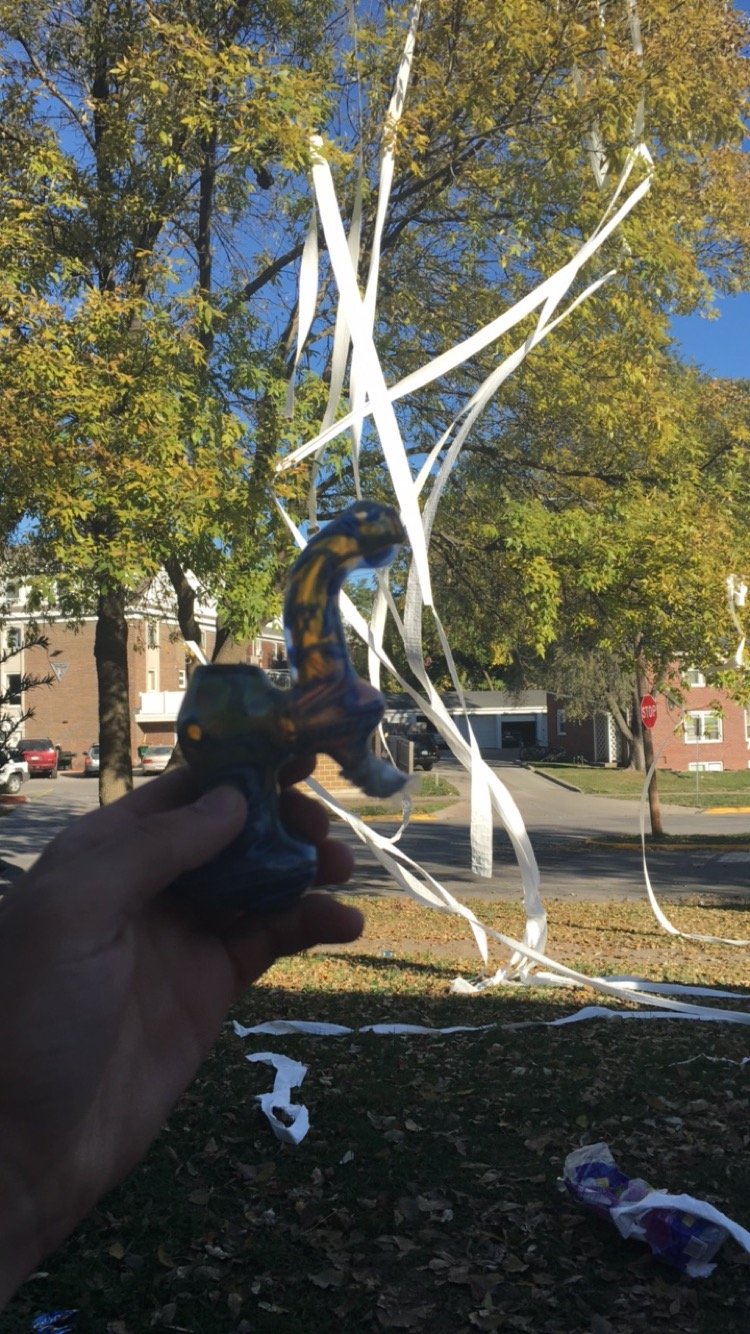 One downside, he said, is how your things would disappear all the time. A person once stole the thermostat right off the wall at a party (why though?). But a missing thermostat is a small price to pay for living in a house that improves your love life — girls would write their phone numbers on the walls with sharpies (though I’m not sure he actually called those numbers). Along with all of the girls came all of their shit. There is a closet full of bags used for booze and jackets. Nice ones, too — Vera Bradley bags and Columbia jackets. (But how did those girls get home without a jacket…?)

The biggest party in dupes history was Halloween: the mystery of making out with a stranger in a Power Ranger costume on the dance floor obviously makes for a great party. People were drawn to the house because there were seemingly no rules: There have even been stories of people banging in the basement during the party. Yikes.

At another huge party, residents of the house paid a hefty $800 to please party-goers with free booze. That’s 72 bottles of Hawkeye, for reference. The dress code was semi-formal, but all of these guys were dressed to the nines in their best suits. Free alcohol + men in suits = the recipe for a banging party. Planning an awesome party is an art, and PJ was just perfecting it. 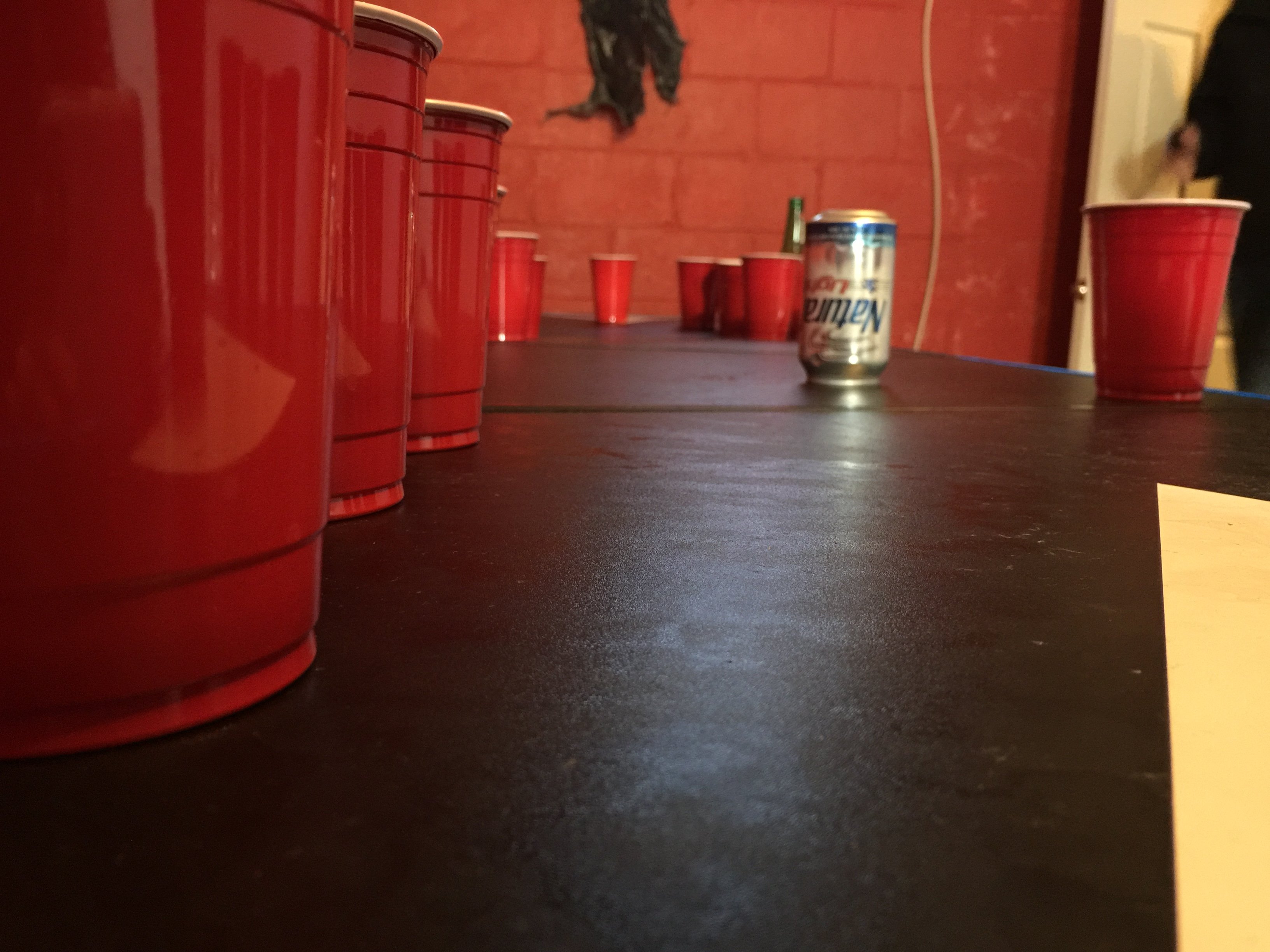 PJ said his priorities changed while living in the dupes. Time was spent thinking of party themes, and his schoolwork was put on the back burner in the fall semester. With the help of his parents, PJ decided he needed to buckle down his last semester of college, hence the tragic end of the dupes. The party god had to say goodbye to the party life, but he has no regrets: “I fit enough partying in one semester to last a lifetime.”

The dupes was legendary for so many people. In the future, people will remember the dupes as the best party around. From all of the shit written on the walls to the vomit hiding in the closet, the dupes provided it all. Even if you didn’t remember the party, you knew you had the time of your life.