Meet Nate Smith: The Harrisonburg-based illustrator who created The Inkwell

‘I hope people see me doing what I want to do, and being successful at it’

I meet with Nate Smith at a Starbucks. He orders an iced coffee, looks at me with a grin and says "this is for tomorrow, so I have coffee ready in the morning". This, I think, is indicative of Nate as a person and as a businessman: steady and forward-thinking, always planning two steps ahead of the moment we're in.

Nate Smith is a 25-year old Harrisonburg local, former art student at Blue Ridge, and describes himself as a "serial entrepreneur". Nowadays he works two jobs: one at Jimmy Johns ("My 'real job', I guess you could call it," he said), and the other as head illustrator and CEO of The Inkwell, an online-only retailer of t-shirts and prints of his illustrations.

"I've been drawing for as long as I can remember," he says, drumming his fingers on the table. "It was always a way for me to interpret the world. Like people who write to get their thoughts down on paper, but for me, I'm trying to interpret that thought and figure out a different way to show people."

"Sometimes the picture comes to me fully formed, and I have to–almost like an outsider–interpret that extrinsically," Nate explains. "Or I have a thought, like a quote or a song lyric, and I have to figure out a way to visually interpret that." 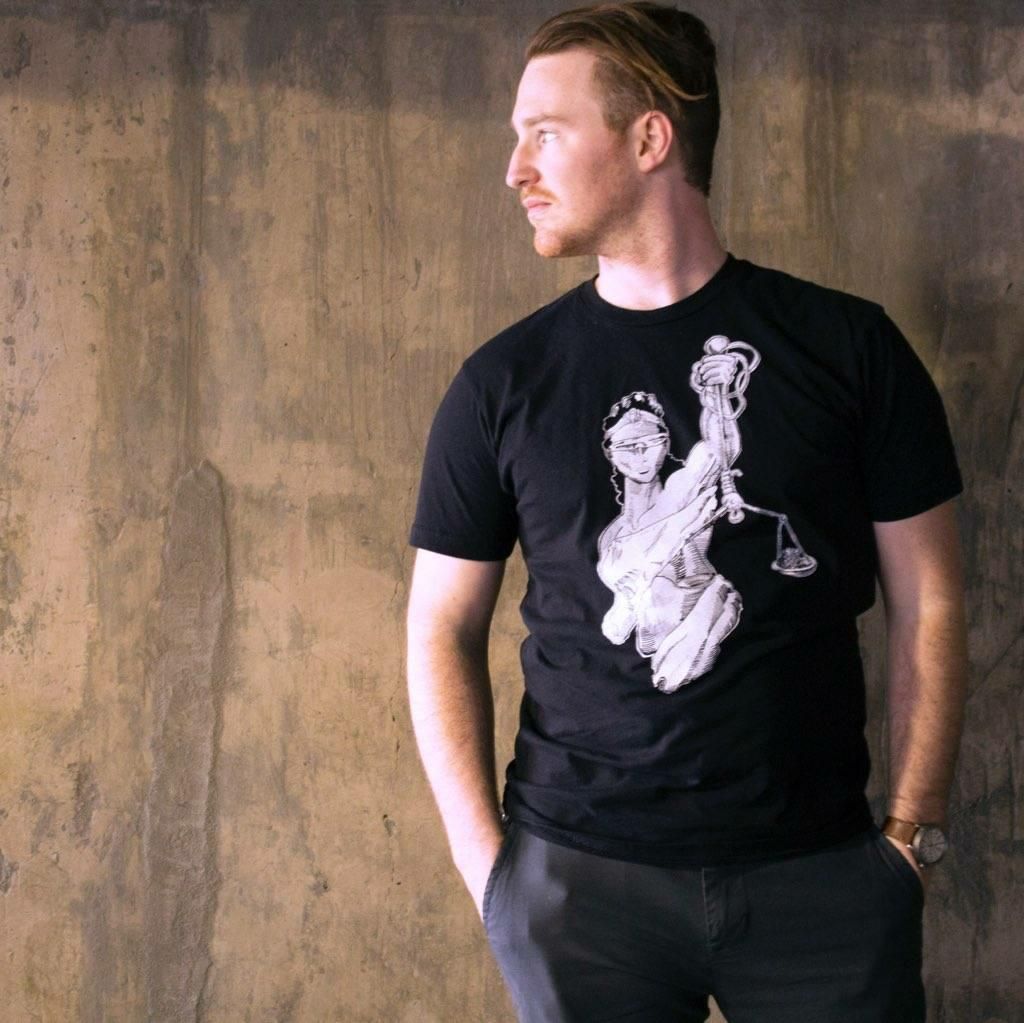 Smith, modeling a shirt with one of his illustrations.

"I draw in pen and ink almost exclusively," he says, leaning forward like he's telling me a secret. "Even when I draw in digital, it's to mimic pen and ink. It's just what's always made sense."

"Why pen and ink?" I ask. He grins and laughs, looking past me.

"I hate color. I just haven't figured out how to work color! I can't paint. I've tried. I'm a really clean person, and painting kind of rubbed me the wrong way since it's not clean. I studied art in undergrad, and we had to do so many pencil sketches and I hated how they'd smudge, so I traced them in ink." 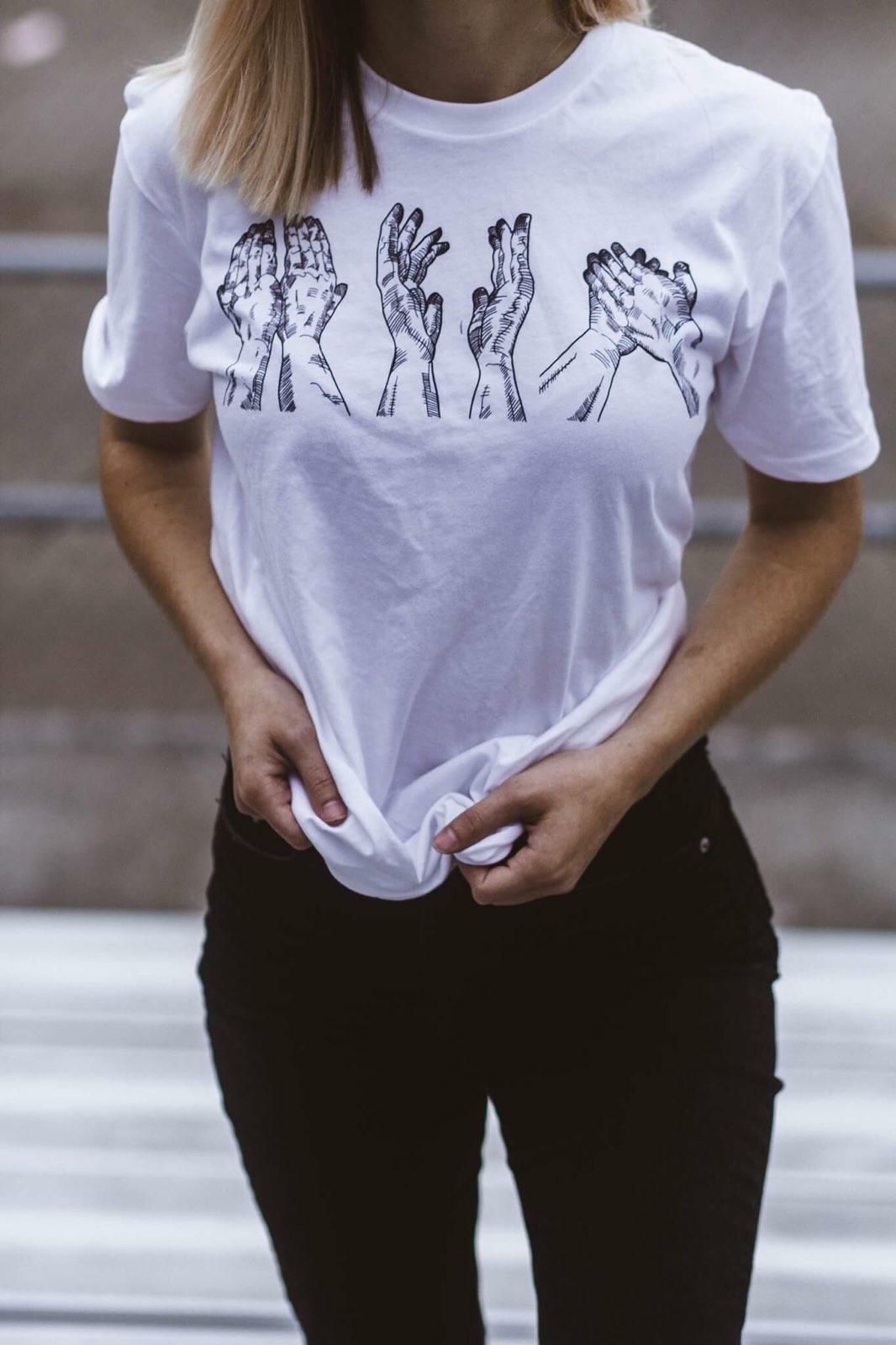 The first shirt Smith designed for The Inkwell

"In all honesty, I started The Inkwell because it was a way to make my illustrations seem more legitimate than they actually were," he laughs again, running his hands through his hair. "I feel like a peddler walking through the streets with these, going 'look! This is what I have to sell!'."

Nate used to run a tile installation company, but discovered it's easier to sell products than a service. "You never get a redneck yelling at you because they don't like how you remodeled their bathroom," he joked. 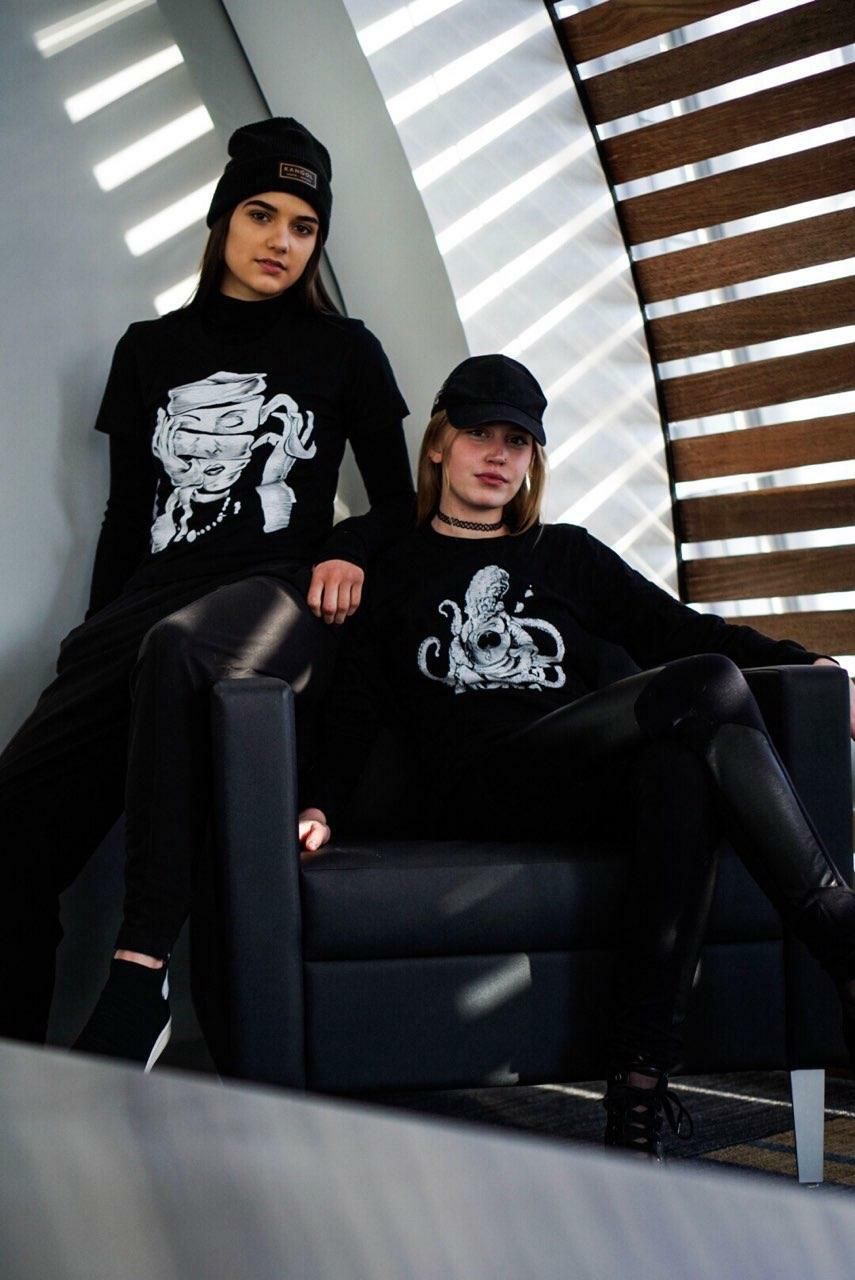 I ask him about why he refers to all his pieces as "illustrations", rather than "art" or "drawings". He takes a breath and looks down at his hands, choosing his words carefully before he talks.

"Art is more…generic? And you could say drawing, but illustrations have a connotation of real subject matter. They're more story-related, grounded in ideological material rather than just drawing what you see. Illustrations are more pinpointed. When I say 'I'm an illustrator', people know what that means, more so than if I say 'I'm an artist'." 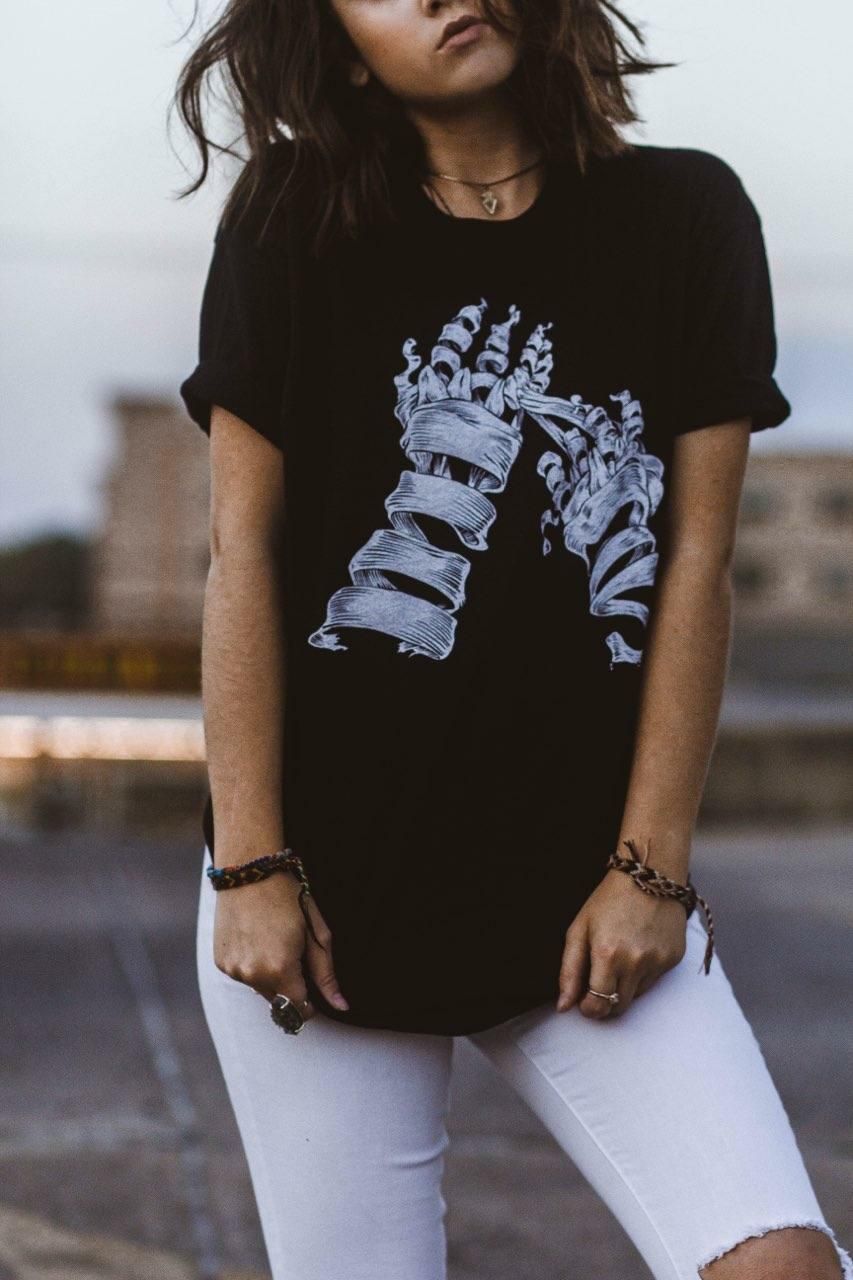 "What do you hope people take away from The Inkwell and your illustrations?"

"It's a way to share with people what I'm feeling. I don't struggle with vulnerability, I'm an open book. I dropped out of college sophomore year because I couldn't justify the price, and ironically, I'm doing exactly what I would have been doing if I finished my degree. In the art field, having a degree does not impact your success, by any means. The only reason I could have seen myself finishing undergrad would be for the networking, but you can learn anything you want to, you can teach yourself."

Nate is quiet for a moment, picking at a spot in the table that I can't see. He looks up as some people walk into the store, maybe looking to see if he knows anyone, or maybe hoping to see one of his shirts on their chests. He looks back at me, brow furrowed.

"I hope they see someone doing what they want to do. Being successful at it. Hopefully they see something unique. Something they've never seen before. I don't have any brand affiliations, so I hope they like what I've made just because of what it is, not what it reminds them of." 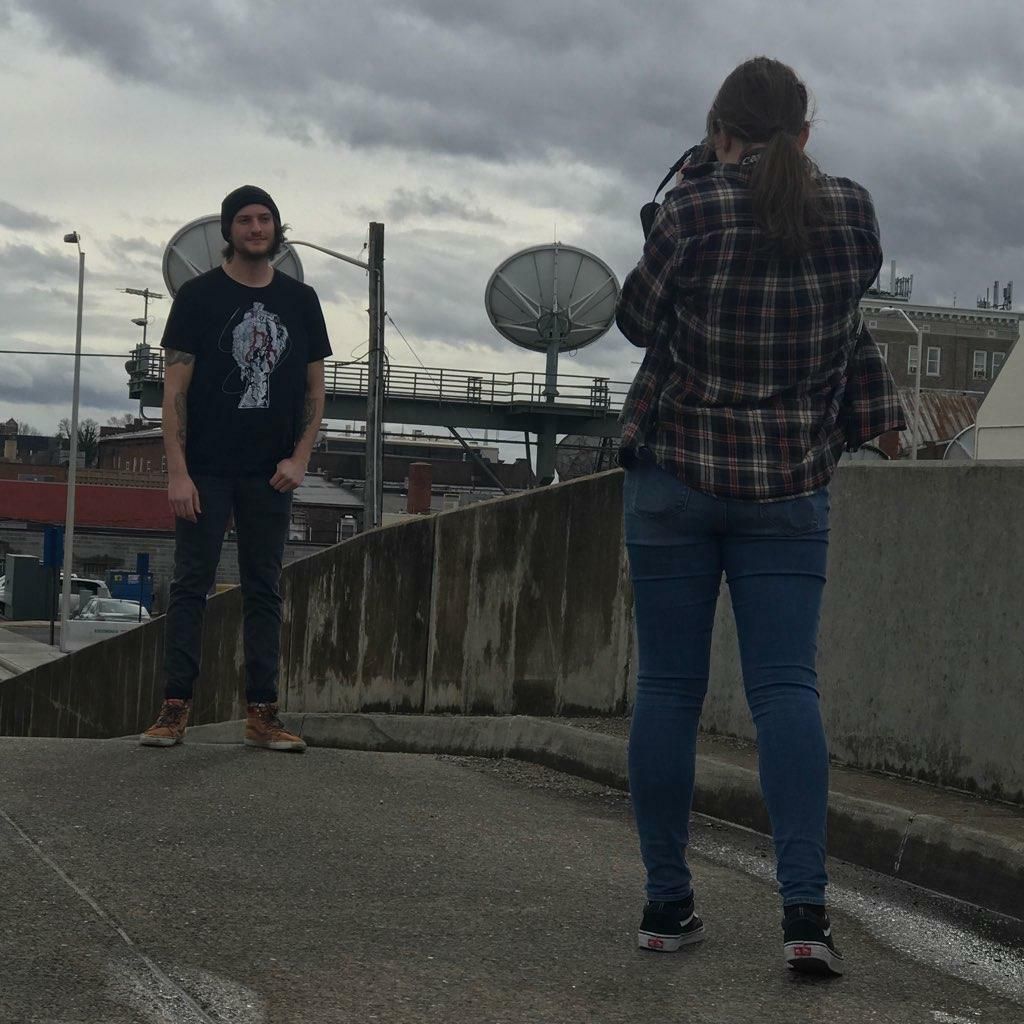 Nate has an art gallery opening at the Lady Jane shop downtown this Friday, March 2nd. Until then, keep up with him and The Inkwell on Instagram @theinkwellapparel!