Students collected sheets and displayed them on the quad yesterday morning

Rape culture is a huge part of society, and was showcased on October 25 in a protest by JMU students who wish to remain anonymous. They titled their protest #STOPTHISSHEET.

Three students collected sheets from College GameDay to present to the student body just how ingrained rape culture is to society as a whole and it's prevalence in JMU culture. 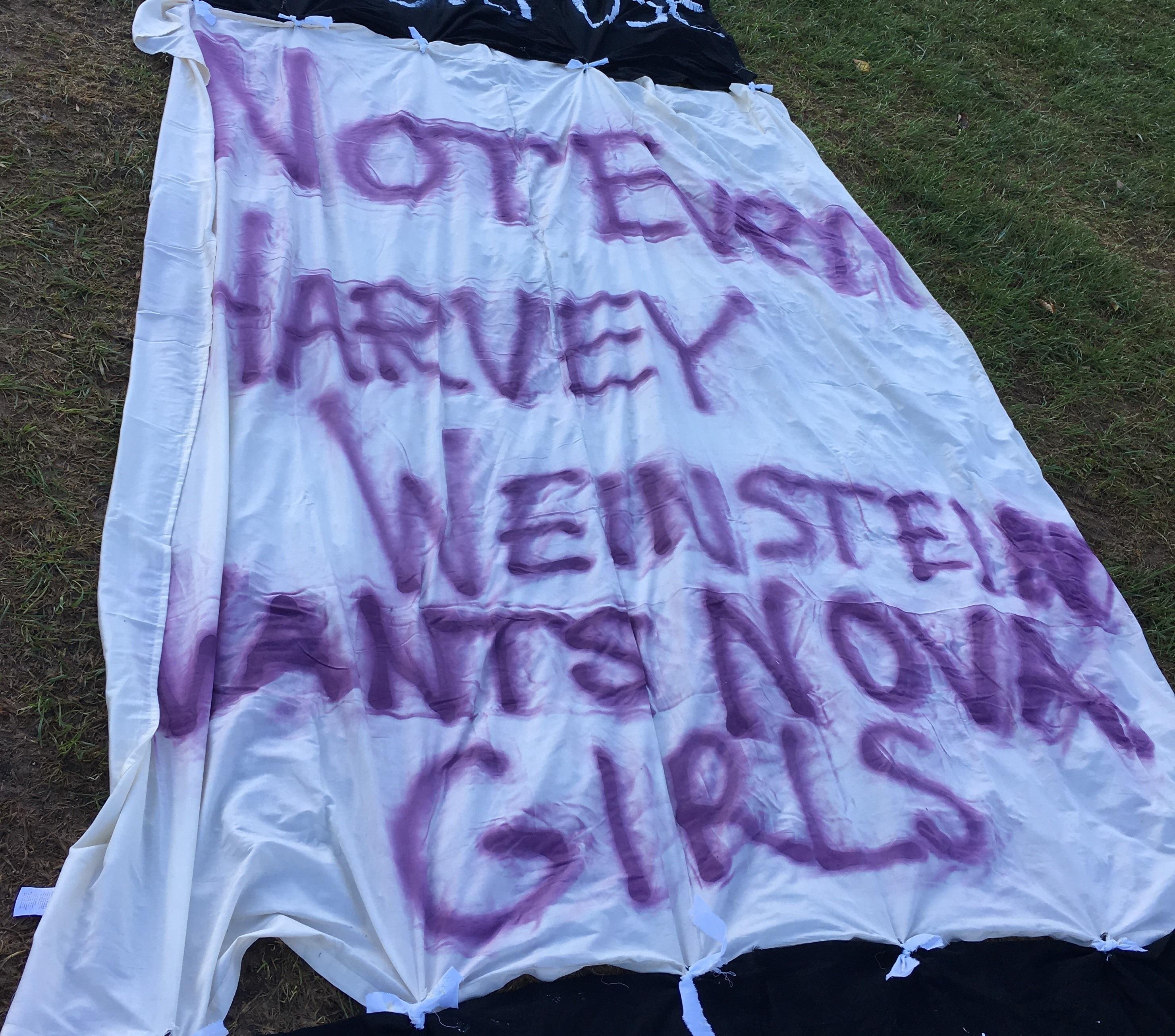 I had a chance to sit down with one student involved and ask her about the objective of their project. She said, "The purpose is to make people aware of the rape culture and sexual assault occurring on our campus." 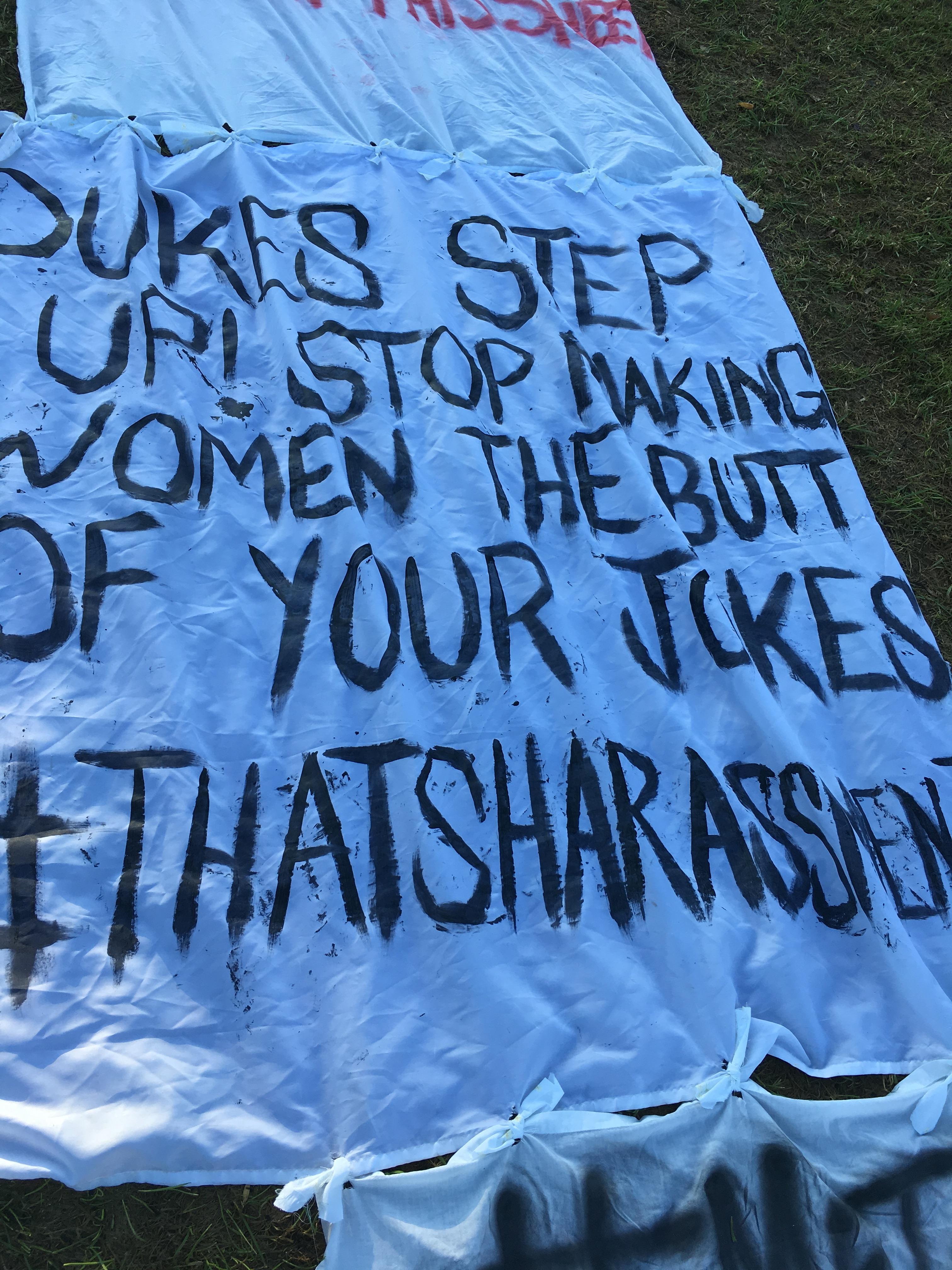 "Making 'jokes' about sexual assault makes it seem less valid when someone comes forward," she said. "It makes people feel less safe on campus to see that people find it humorous or even acceptable. Victims of sexual assault especially don't want to see stuff like these sheets while they are just going about their days."

The idea arose from driving around Harrisonburg and feeling a disgust for the signs that students and residents thought were funny. The protesters mentioned that they were shocked to see such blatant disregard for rape/sexual assault victims. 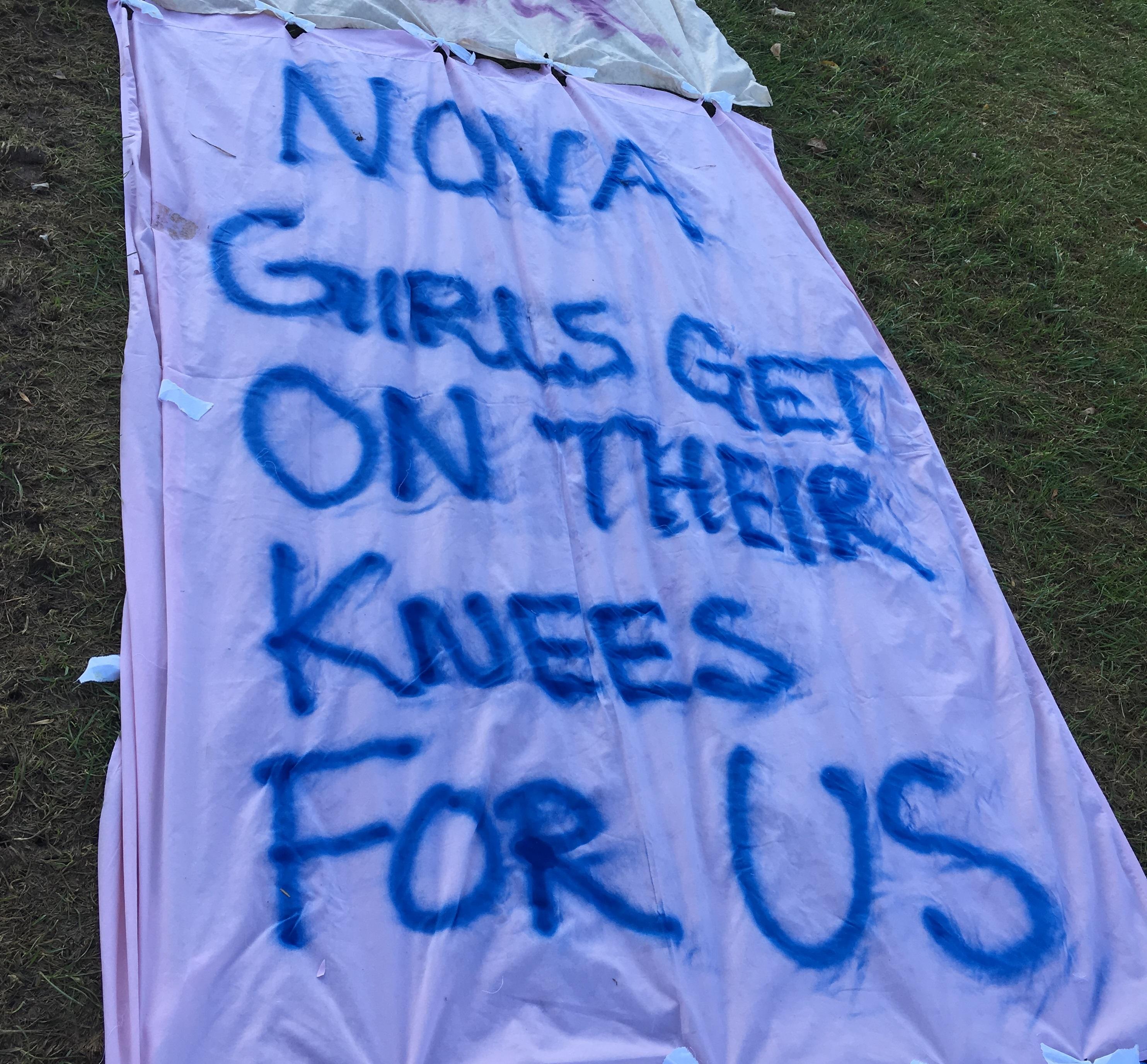 "We got the idea from just driving around and seeing all the awful signs people were displaying. This is my school and I was shocked to see that someone thought it was okay to put these up. We thought about how we could make these people understand how awful these messages [that] they were supporting were. We thought maybe putting them all together and rolling them out on the quad would make people see how disgusting they are." 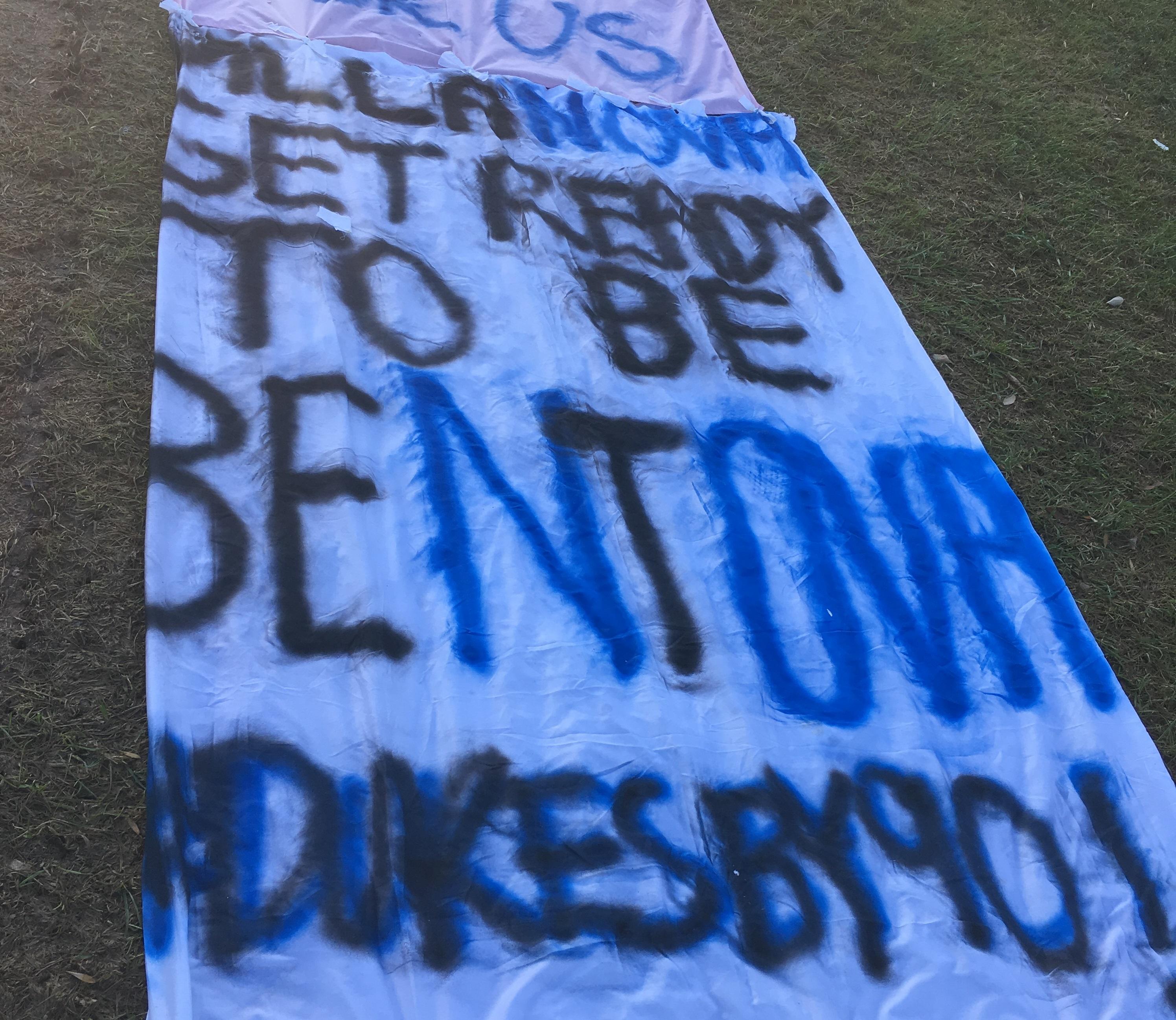 Some of these signs were real (donated anonymously after gameday) or recreations of signs the student saw around Harrisonburg, while the last few sheets were her own words concluding the message.

These students also added signs (surrounding the artwork) declaring the protest as a possible "trigger" so as to protect students from reading these messages if they did not want to. 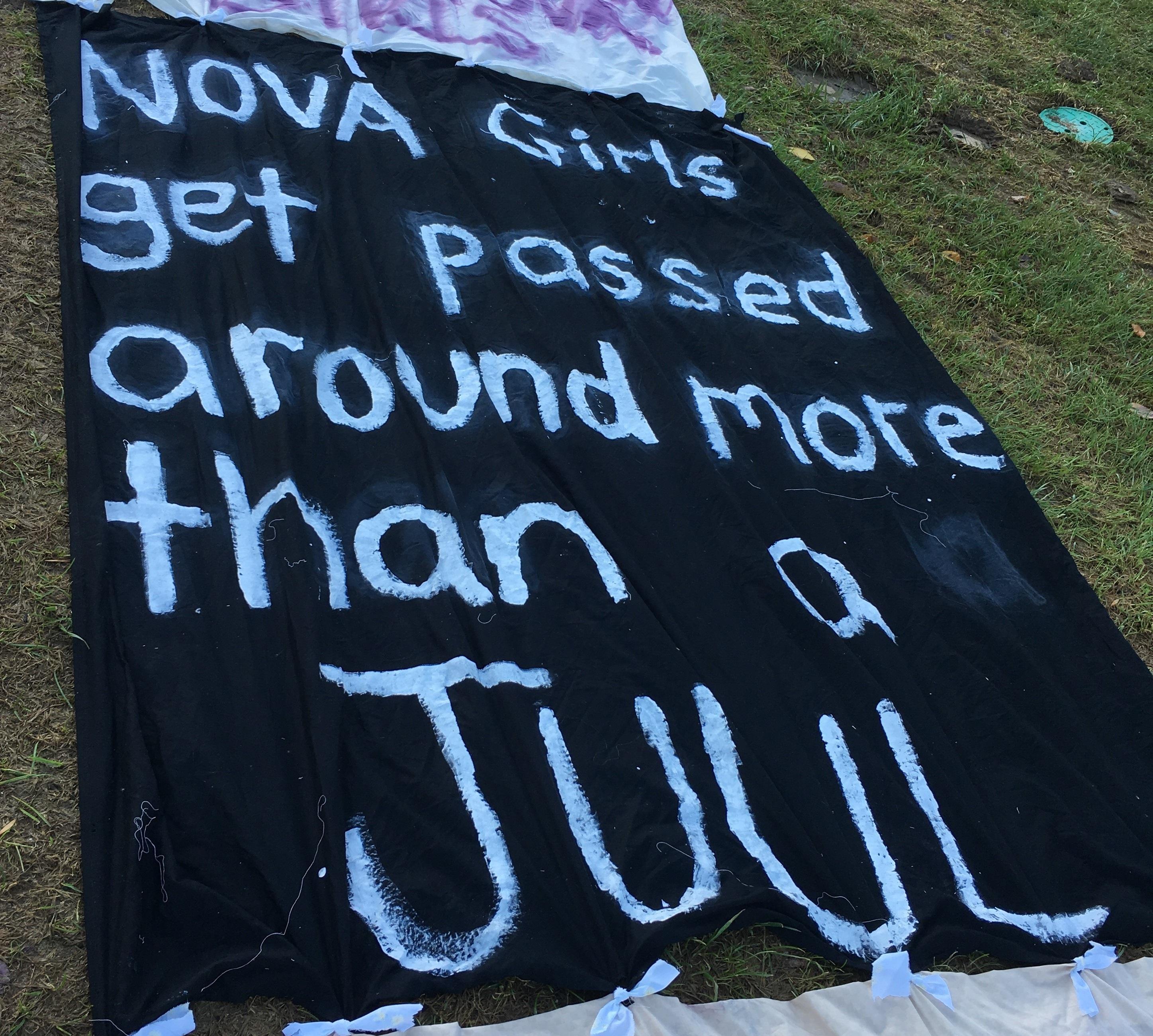 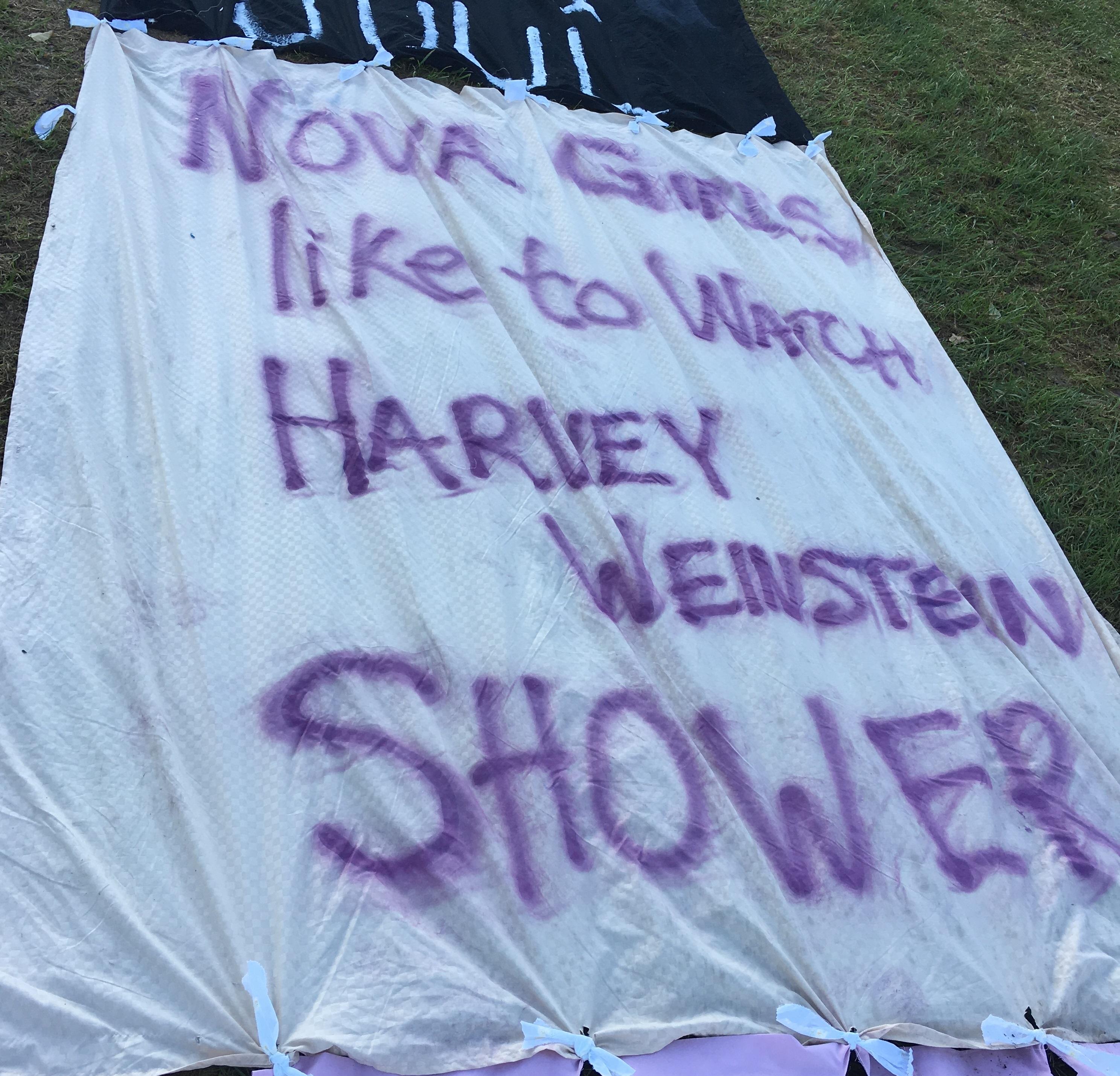 Unfortunately, the students did not acquire a permit before displaying their protest and were forced to take it down, but not before their point was made. 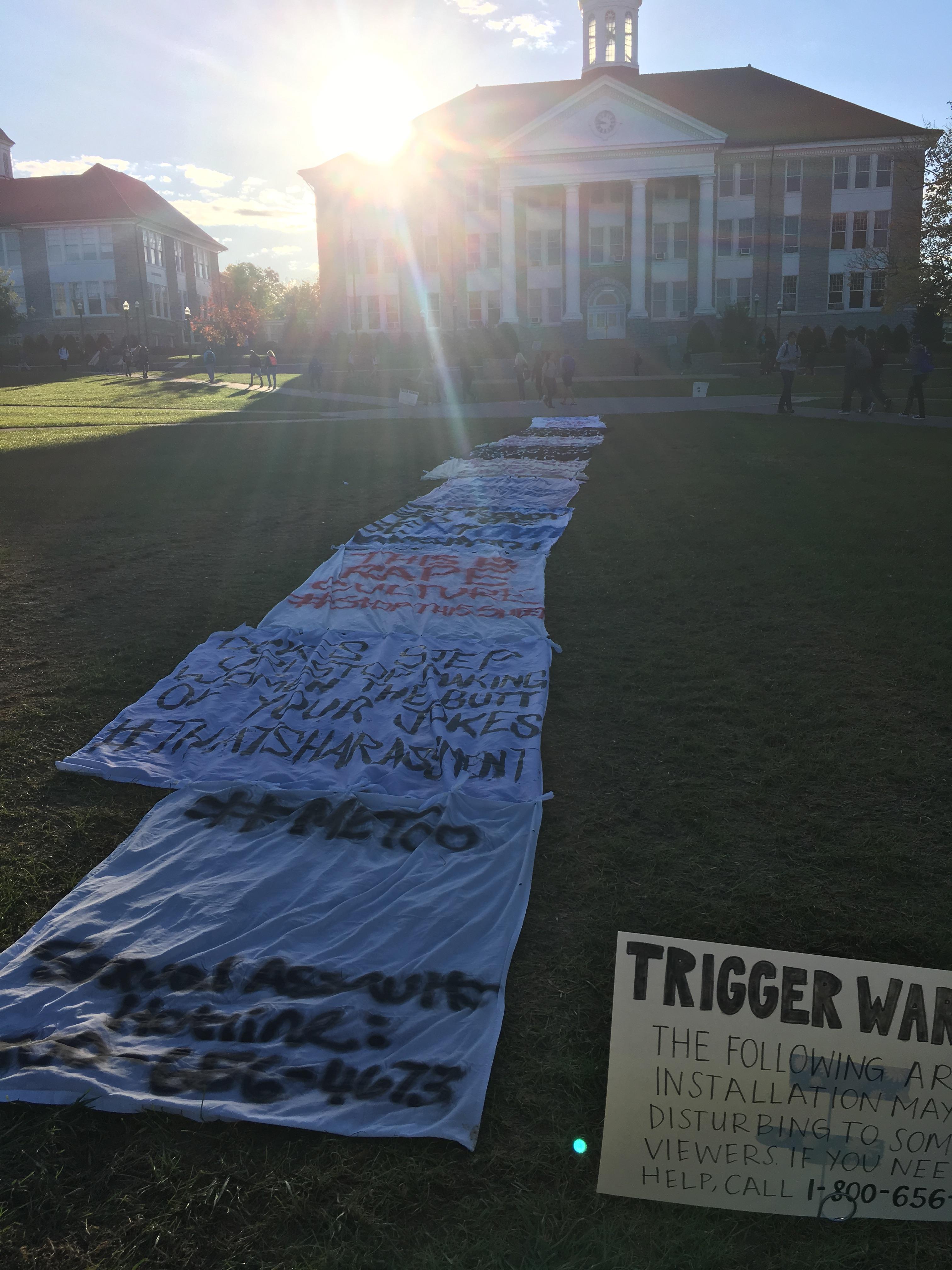 When questioned about the overall satisfaction with their installation, one spokesperson said, "We are pretty happy with it. We expected it to last five minutes, so staying out there an hour is pretty awesome."

"We are just disappointed at JMU's attempt to quickly get rid of it and sweep it under the rug like they do with most sexual assault cases on campus," she said.

She went on to say, "JMU helps perpetuate this notion of making people come forward feel less valid. It sucks. Our advice to others is to fight back. Don't let these people become the norm. Make them feel bad for being a shitty human being." 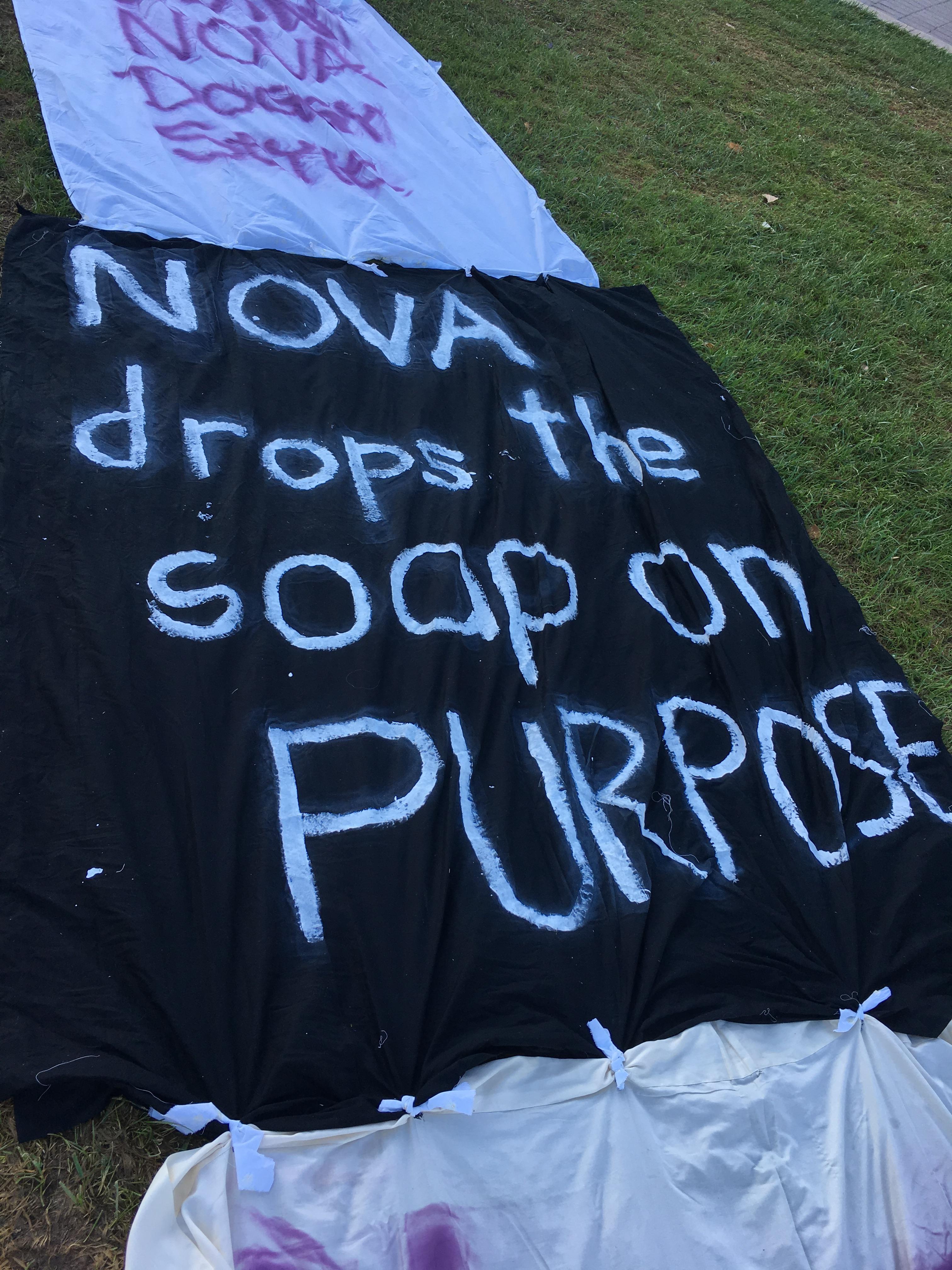 "Also don't let corporations like JMU bully you into submission, or use their power to make you feel bad for using your first amendment right. Nothing gets done by sitting around. We are proud to stand up and will stand with you. Perpetuating rape culture needs to be shamed and stopped. Dukes Step Up. #STOPTHISSHEET," she said.

This goes to show that if you see something you don't like or agree with, you have the power to advocate for change. In this case, change the perception of rape culture.