I thought we were DONE with the murder clowns!

This weekend was supposed to be calm. Nestled nicely between ESPN GameDay and Hallo-Homecoming, we Dukes had a chance to go home, visit our parents, take a nap, and take a collective deep breath, knowing that we had few (if any) campus-wide responsibilities for a few days.

But this fucker had too much time and Ben Nye Clown White on his hands:

Has it really only been a year since our last murder clown sighting?! When a literal mob of JMU students grabbed their flashlights and butter knives to chase down their costume-clad classmate? Is this gonna be a seasonal occurrence now? Because if so, I want NO PART in it. I’m taking my PSL and staying the hell home.

Alright, admittedly, his makeup is pretty impressive. I’m a big fan of that skull prosthetic, and honestly amazed that he was able to keep it on all day. My skin is breaking out just THINKING about wearing that greasepaint all day. 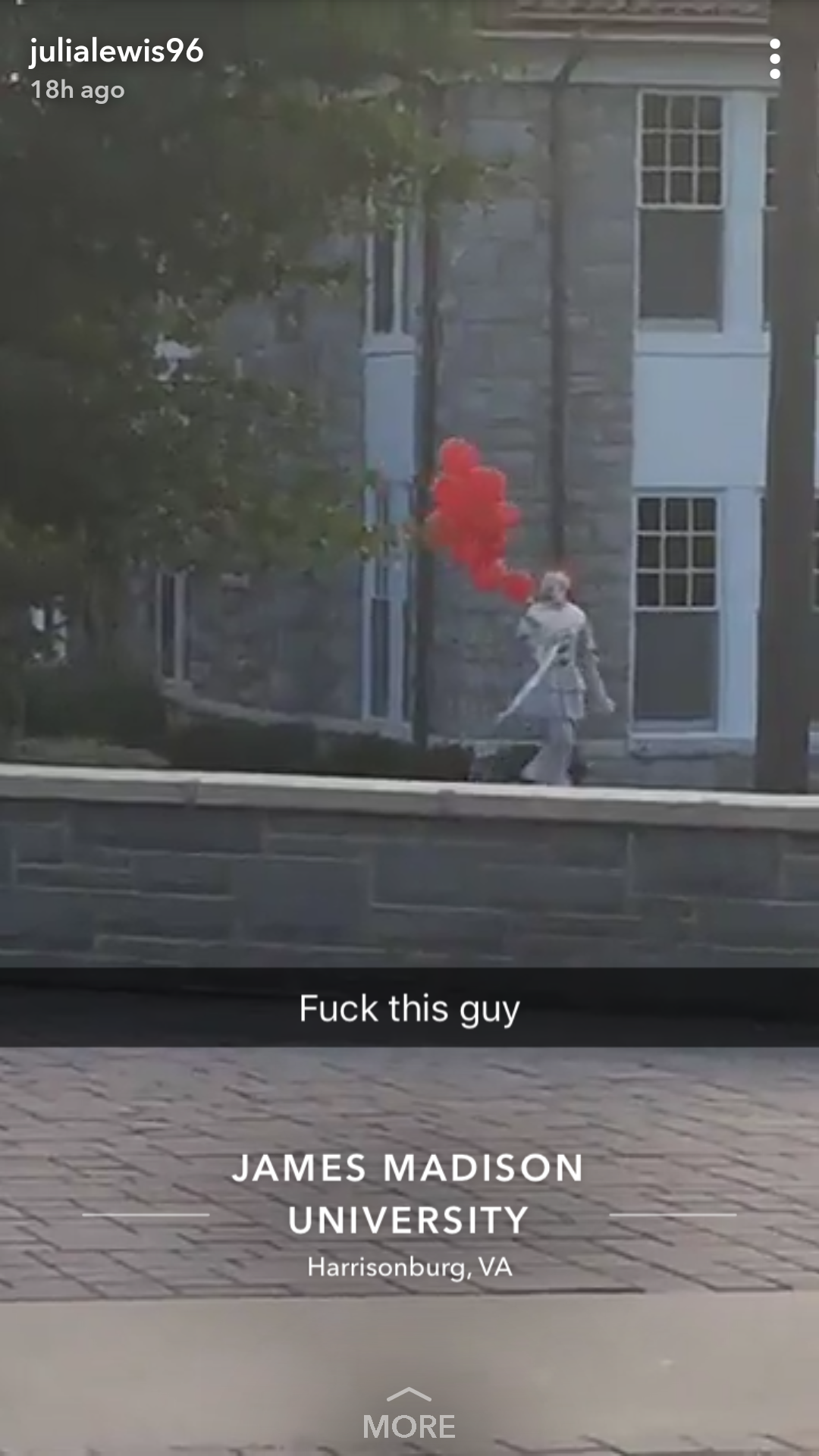 “All day,” you ask? Oh, did I forget to mention that he was on campus for hours? The sightings started at noon, and continued until after sunset. He seems to have spent most of his time in Duke Dog Alley, terrorizing UREC-goers and East Campus dwellers.

Pennywise made a guest appearance on campus today! #RollDukes pic.twitter.com/mfMFamGxdO

Look, man, I already have to deal with frat guys and the Carrier preachers and creepy men in suits handing me miniature bibles and a shitty bus app. Why are CLOWNS being added to the mix again? GAH.

some dude: dresses up as Pennywise and stalks around campus

Sure, Pennywise is the costume this Halloween, replacing last year’s legions of Harley Quinns and 2008’s Jokers. But this happened on the 22nd of October. It was a Sunday. How dare he traipse through campus on the Lord’s day.

Anyway, I’m tired, and this is the second strike for JMU murder clowns. One more and I’m going to Bridgewater, goddammit. I’ll leave you with this, which nicely sums up my thoughts: 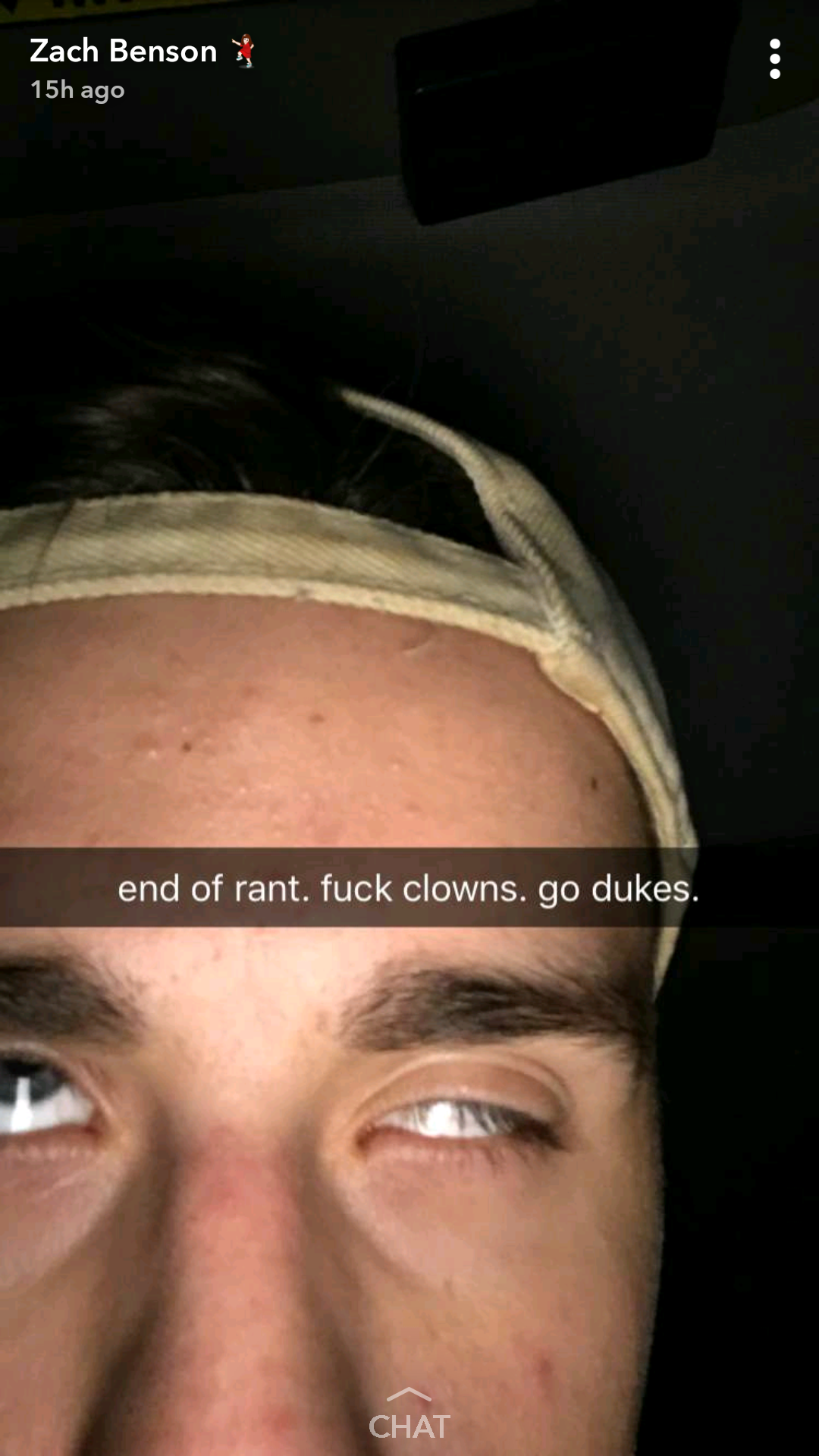