She posed in a hijab with a Trump sign and said ‘send me back!’

A Virginia Wesleyan student has been outed on Twitter for posting an Islamophobic snap.

In an image that is now being circulated online, VWC freshman Kylea McCarel posted a picture of her friend wearing a makeshift hijab made out of an American flag and holding up a Trump/Pence 2016 sign. It was uploaded with the caption: “Send me back!!!”

The snap was screenshotted by a former high school classmate, and tweeted with the words: “She jokes ‘I have a bomb under my shirt.’ Do you have any idea what Muslim Americans go through?” 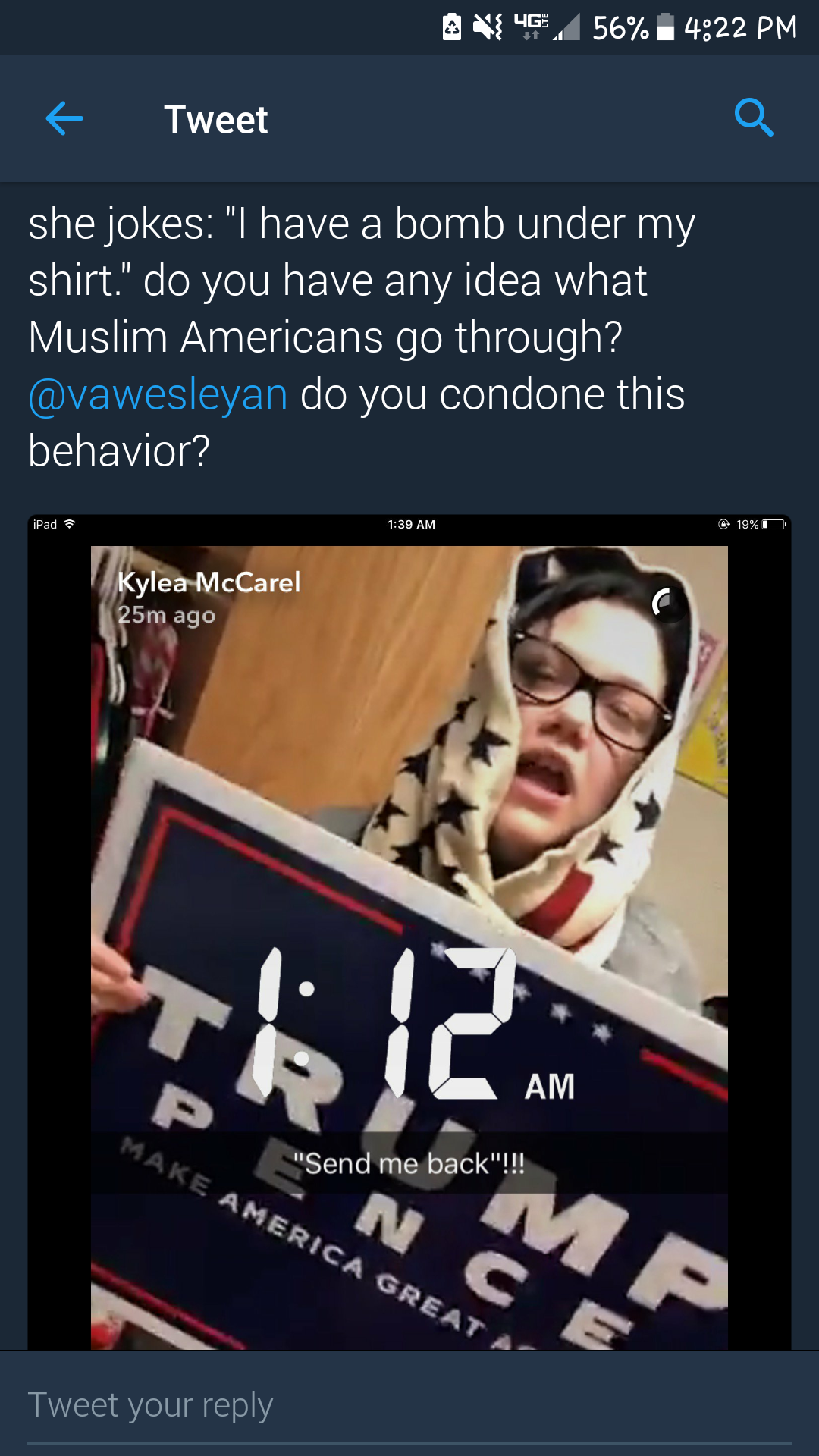 The image, which has been reported to VWC’s administration, has been noticed by students at McCarel’s school and her former high school classmates (like me).

Defenders of her snap say it is protected under freedom of speech, while others have condemned it as “racist” and “Islamophobic”:

@vafaus @vawesleyan It's one thing to have your own opinion on things, but it's another to joke about other people's beliefs and religion. So disrespectful.

A classmate at VWC confirmed another picture circulating of a whiteboard that reads: “No blacks allowed” is from Kylea’s Snapchat.

She added: “I’m beyond baffled by this type of behavior. In my years here I’ve never seen such blatant racism and disrespect.” 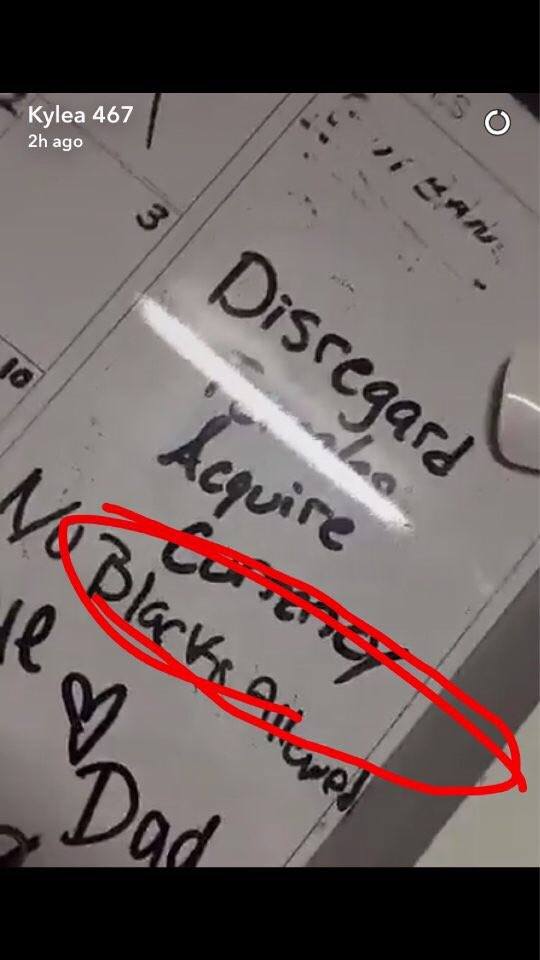