“don’t you think you need the Bible? Don’t you want to go to heaven?’

We spoke to a 22-year-old atheist about his experience at JMU. He requested to remain anonymous as he still feels the need to hide his atheism from his religious family.

When I first applied for JMU, one of the things that drew me to it most was the fact that it was a state school with no religious affiliation. I spent most of my life feeling uncomfortable in my surroundings due to my differing religious views, and I was really excited to get away from that when I went off to college.

When I got here, I expected to find more atheists around, but as it turns out, they’re a lot harder to locate than you might think. There used to be a Freethinkers club for us, but that pretty much faded away years ago. What seems to be the trend at JMU is, if you’re an atheist, don’t ask, don’t tell. People assume your Christian in most cases and frequently, when they find out you aren’t, it’s not that they’re mean to you, per-say, but they certainly don’t treat you the same way. 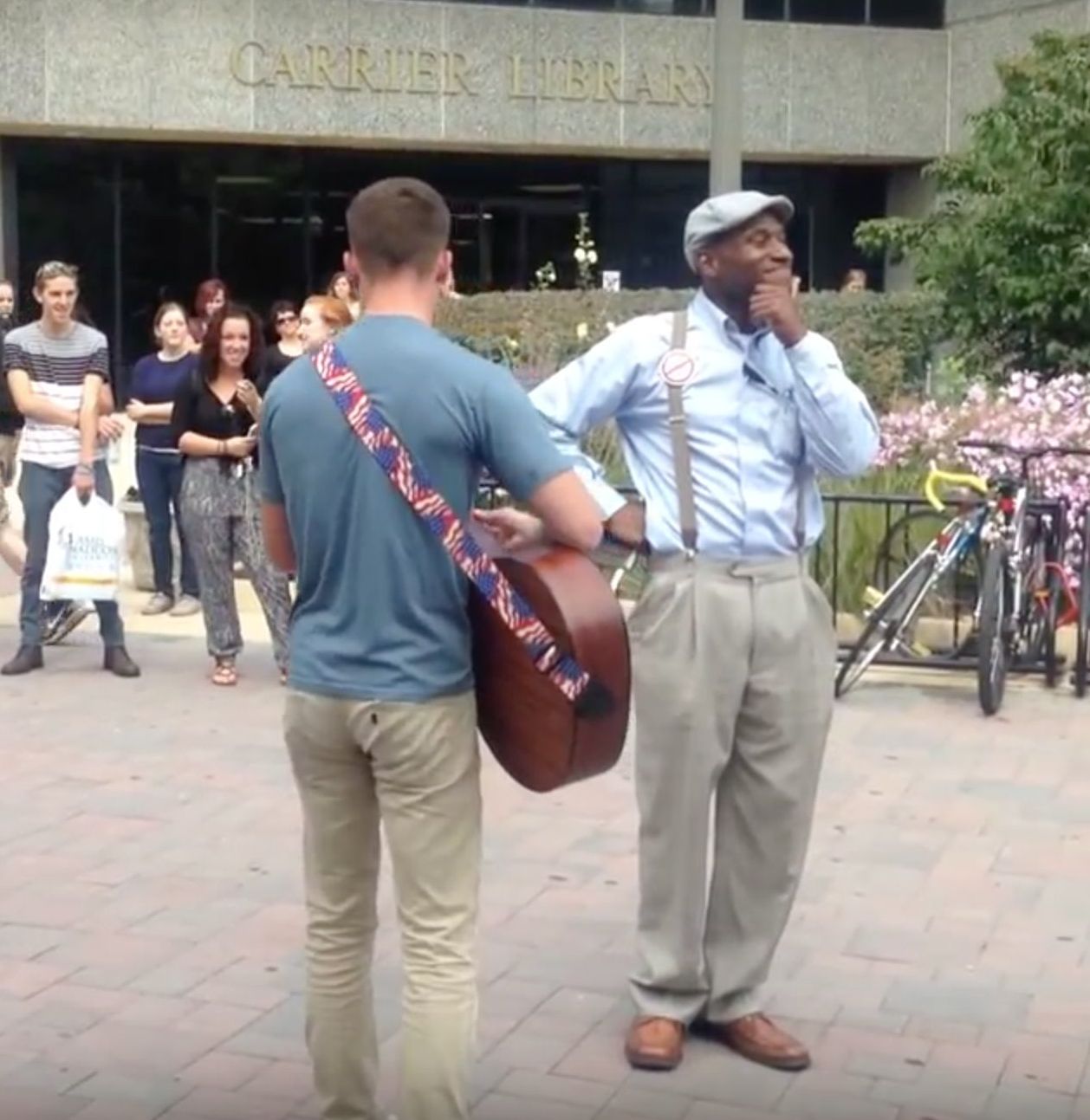 One of the worst experiences I’ve had to date wasn’t even involving the students, though no one came to my defense. One of the many evangelists that shout their views on campus outside of Carrier approached me and asked me if I was interested in hearing about Jesus, handing me a pocket-sized Bible. I took the Bible, even though I didn’t want it, kindly informed him that I was not interested and was on my way to something at the moment, and tried to get away. He then pursued me saying, “don’t you think you need the Bible? Don’t you want to go to heaven?” To shut him up and get on my way, I turned around and informed him I was an atheist, which, as you can imagine, set him off.

He continued to follow me on my way to Top Dog, yelling that I needed Jesus and if I’d just open up my heart and read His word, I’d know what I had to do. When he started pursuing me down the steps leading to Top Dog, I turned around, threw the pocket Bible he just gave me at him, and ran off.

Though most students react by ignoring me from there on out, I did have one situation that made me cringe with a group of people I thought were my friends. I had been in SSC catching up on homework when I saw my friends eating at a booth nearby. I walked up to them, thinking they were just having lunch, and tried to initiate a conversation. They told me they were doing a devotion and invited me to stay. An offer that I politely declined, thinking it no big deal to tell friends my beliefs. The clear leader of said devotion looked at me in total shock and immediately instigated a prayer.

Without warning, the group joined hands and started praying loudly: “Lord, please be with this SINNER. He knows not what he does. Deliver him from the clutches of Satan and allow him to open his heart to us. Speak to him and call him to join this group.” Their prayer continued after that, but I left while their eyes were closed. I know their hearts were in the right place, but I don’t try to convert anyone to atheism, so why must you try to convert me to Christianity?

I just want JMU to be my home like everyone else. I want to find a friend group that shares my beliefs or at least won’t judge me for them. I hope that in the future, other atheists at JMU will speak out about their atheism.

As told to Megan Medeiros.