This is why we can’t have nice things

If you walked behind the Champions parking deck, by the stadium, near Greek row or by Top Dog on your way to class this morning, chances are you saw at least one, if not all, the Trump chalking graffiti done on campus. 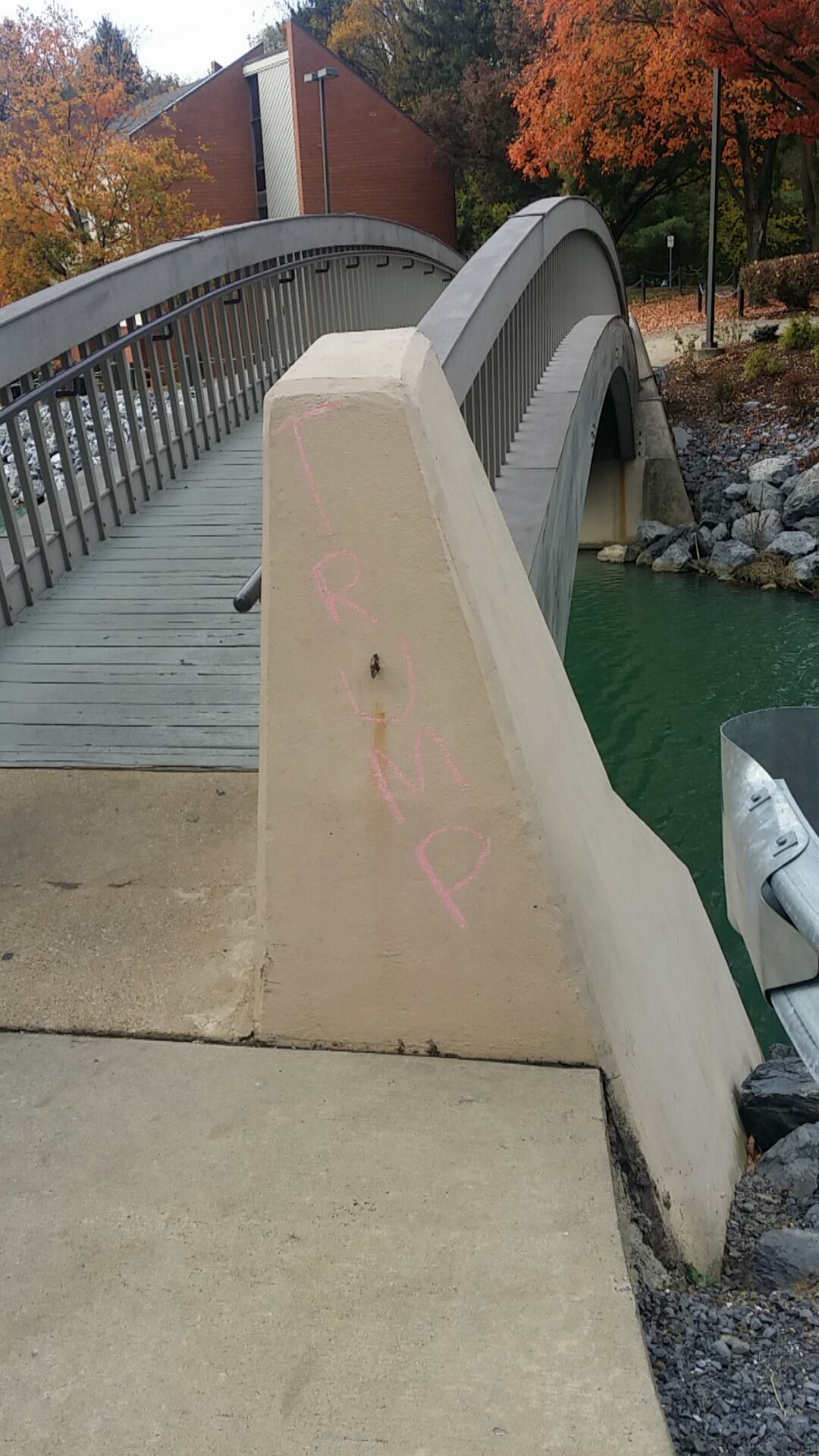 There are simple, politically supportive signs like “Trump 2016” and “Trump/Pence,” and then there are things like “build it higher” and “build the wall 270 feet high” which skirt a fine line between political support and racism. 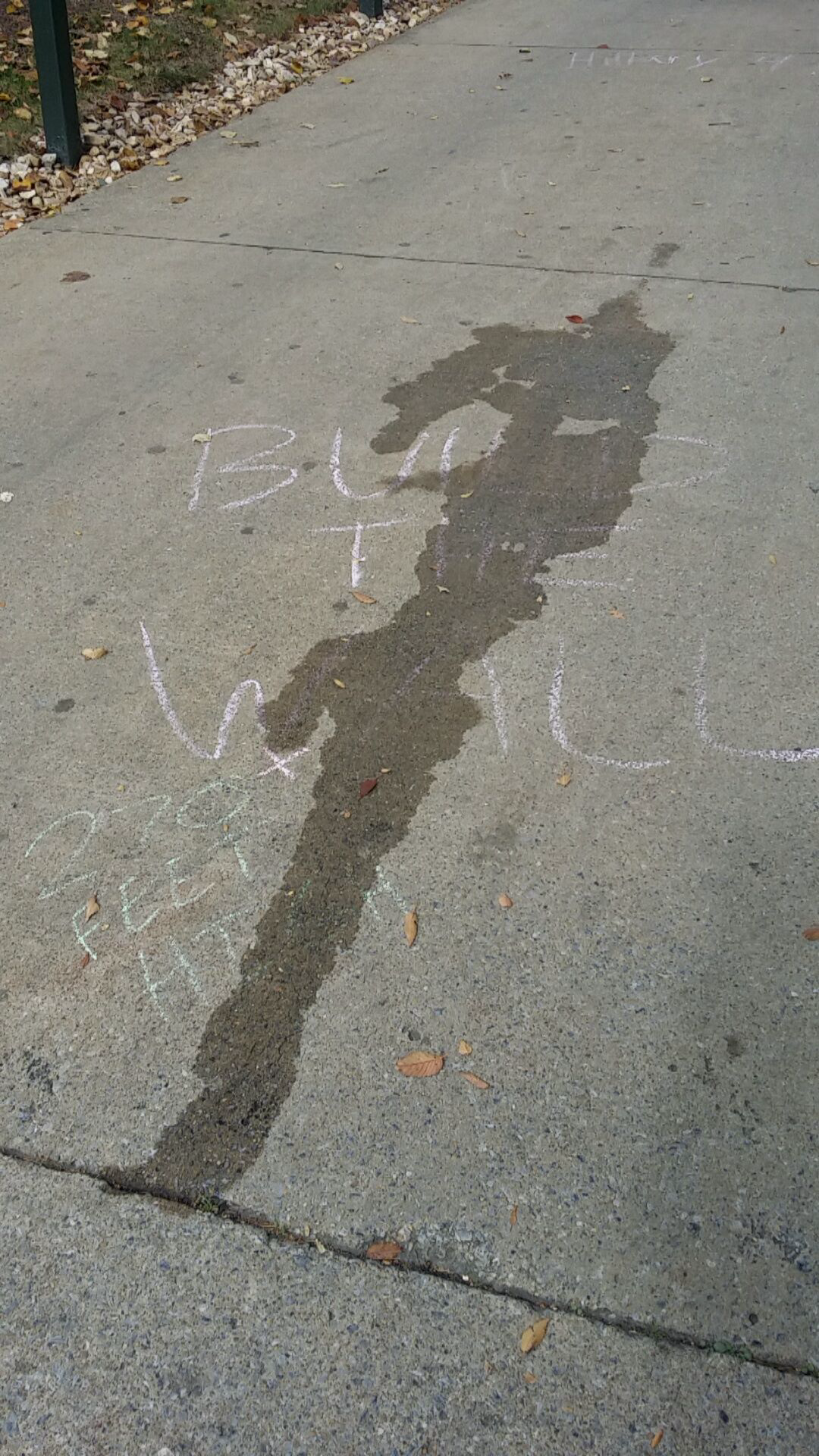 As has been a slogan of Trump supporters this whole election, “Hillary for Prison” was also chalked numerous times. 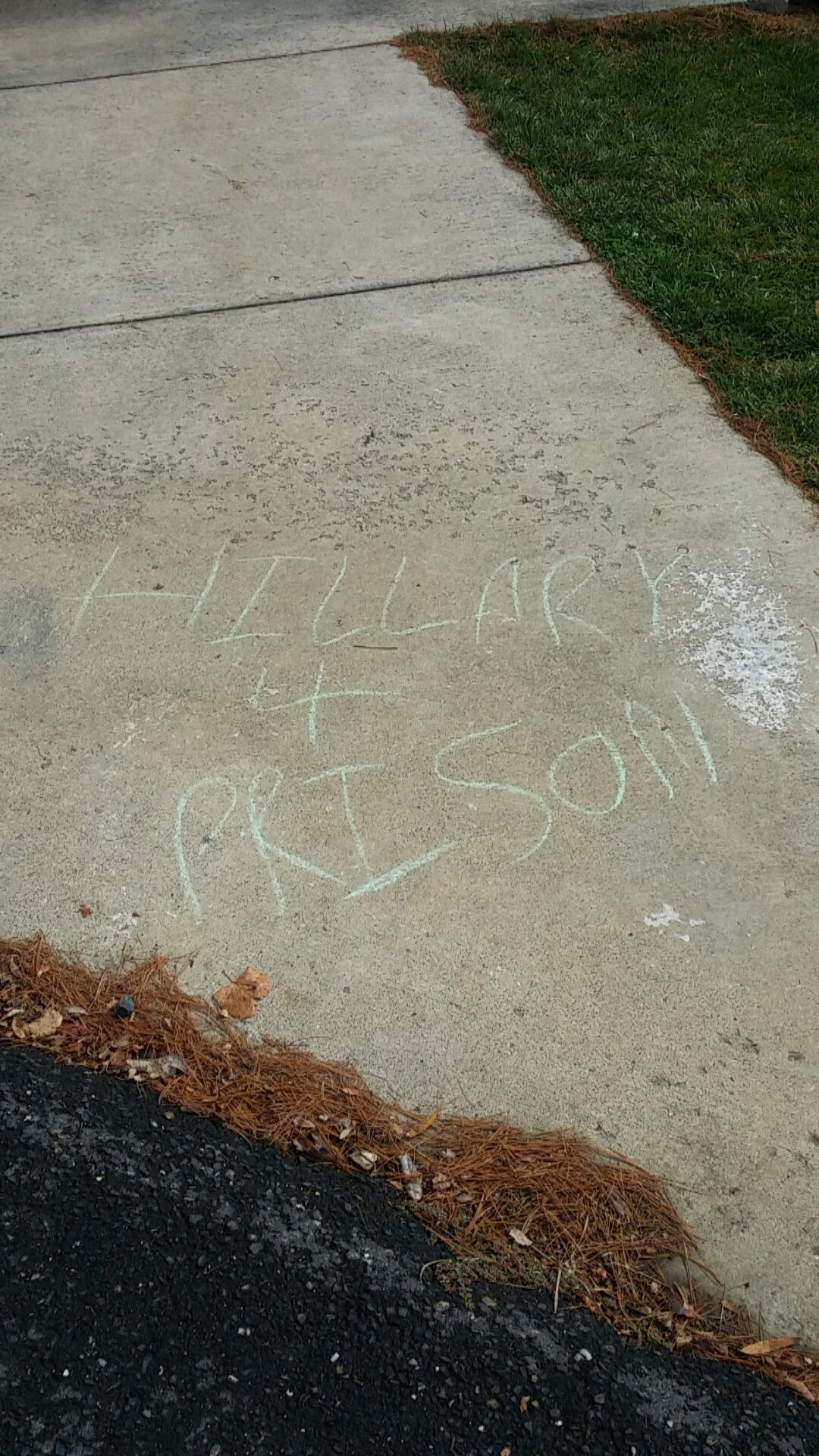 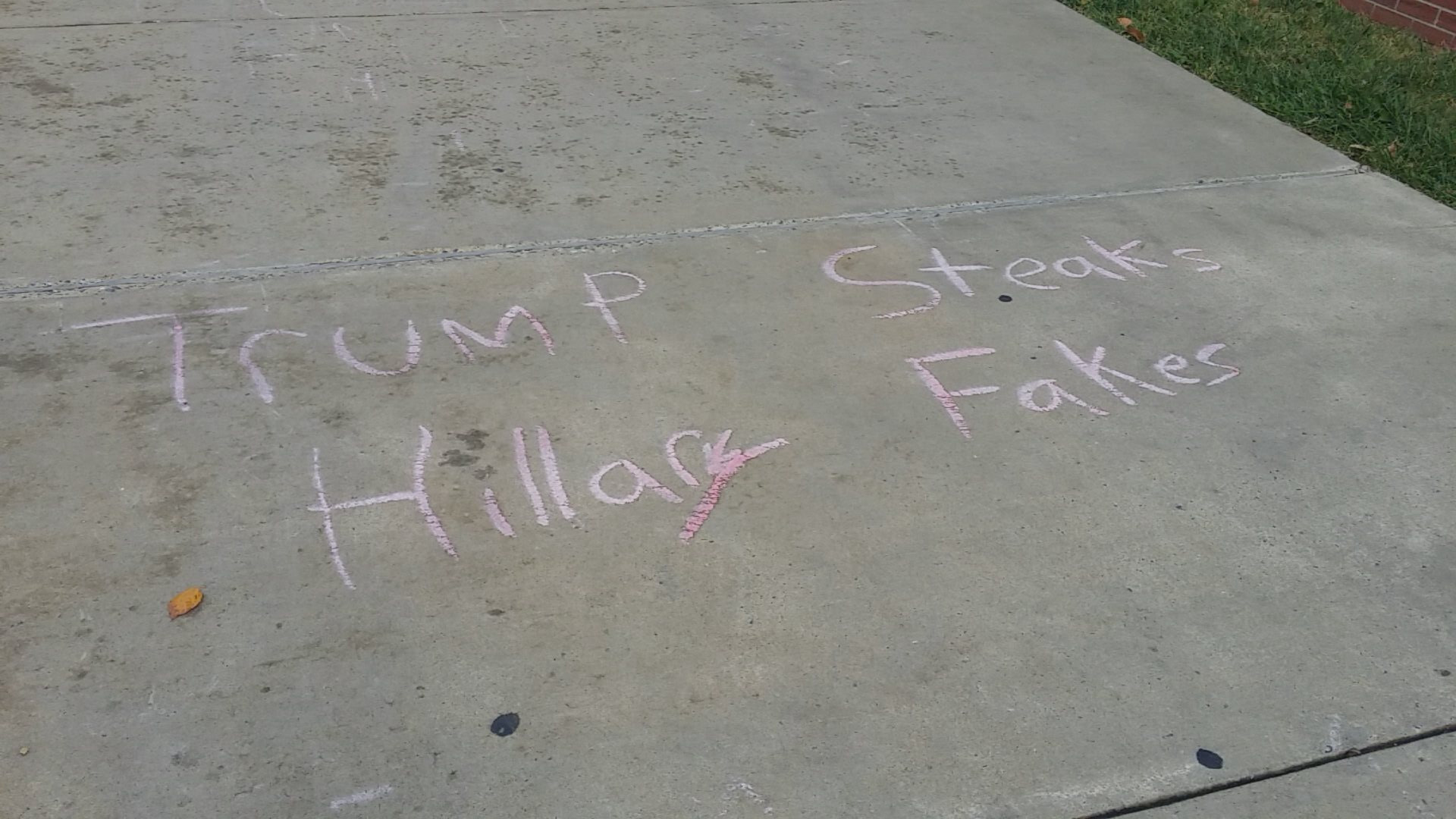 And lastly, how could we not mention Harambe? The famous gorilla who took several write-in votes was also mentioned in the chalking done the day after Donald Trump was elected president. 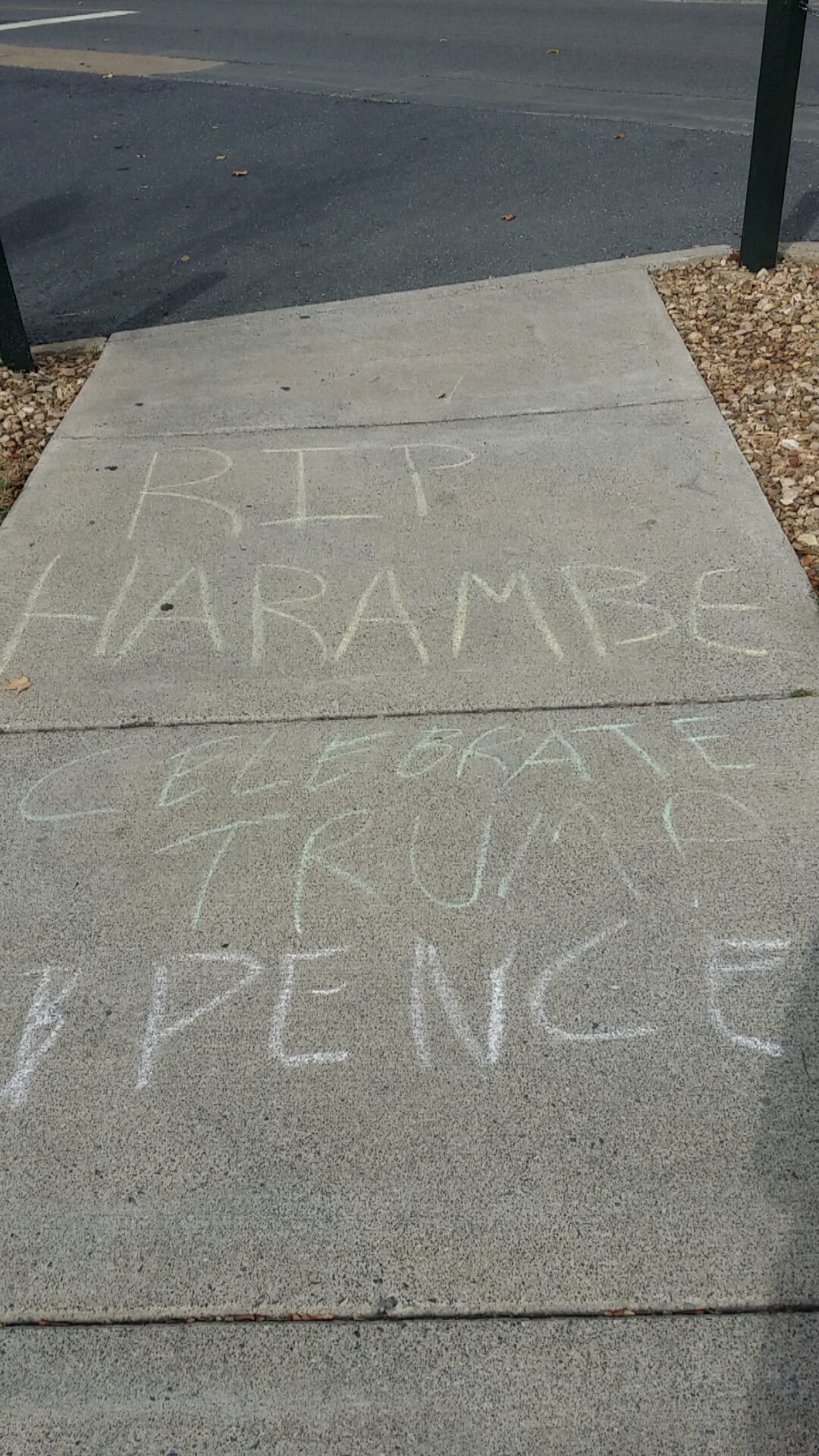