About 10 students met outside the Republican Convention held in JMU’s Convocation Center this morning to protest Trump’s presidential candidacy.

Natasha Yaqub and Catherine Antosh, the organizers of the protest, said they were pleased by the turnout.

Catherine said: “We’re very appreciative of the people who took the time to come and take the break from studying for finals. I think that we made a good statement because we were in a highly populated area”. 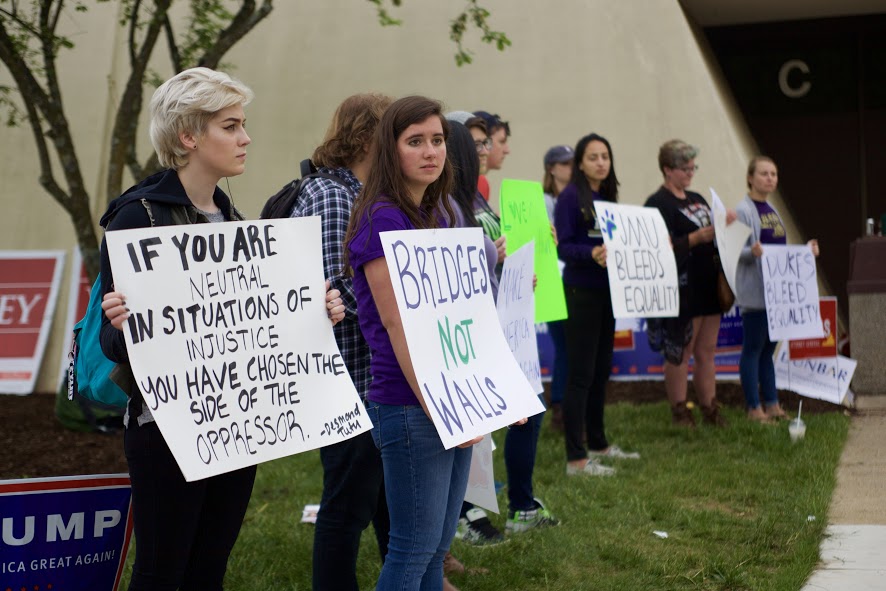 The protesters stayed peaceful and mostly silent (no chants) as they watched delegates and attendees flood into the convention. 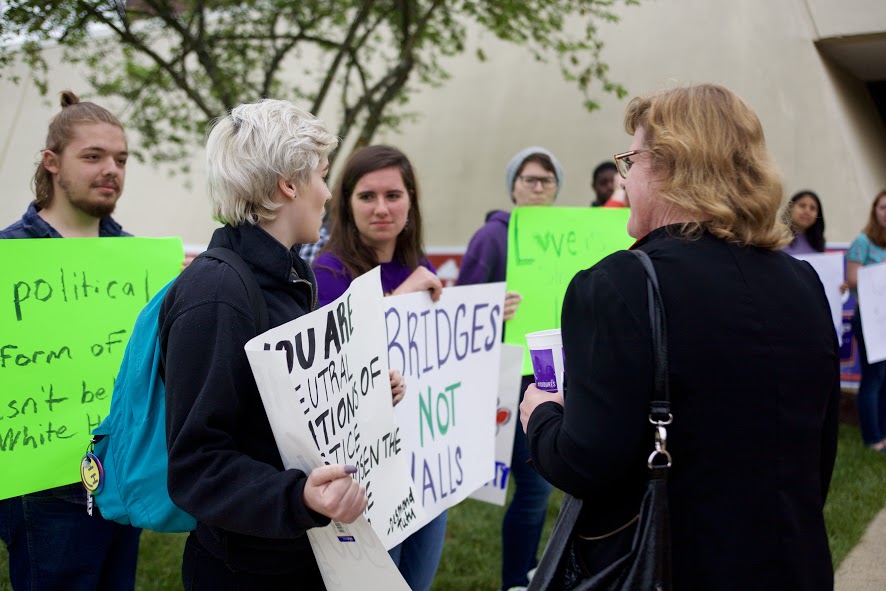 As they had hoped, the protestors caught the interest of several attendees which led to numerous, mostly positive, dialogues. 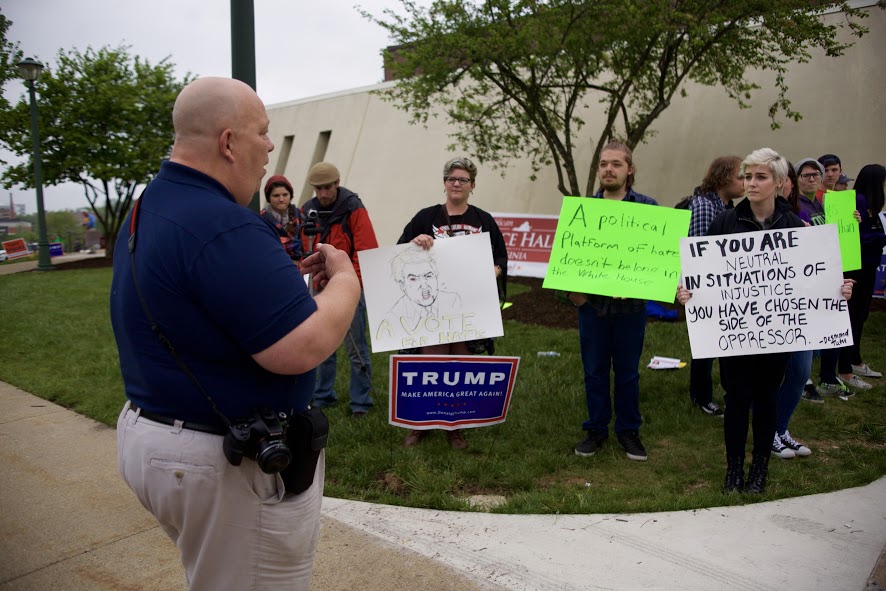 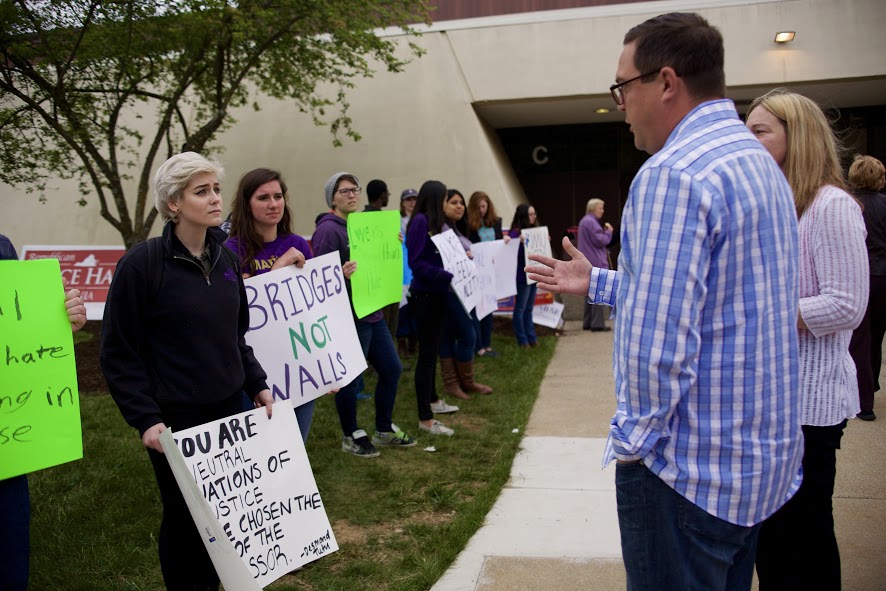 Attendees also stopped by protestors to share their stories and immigration experiences. The couple above had recently played a role in getting two individuals legalized which took seven years and lots of money; they are pictured sharing their story with the protestors. 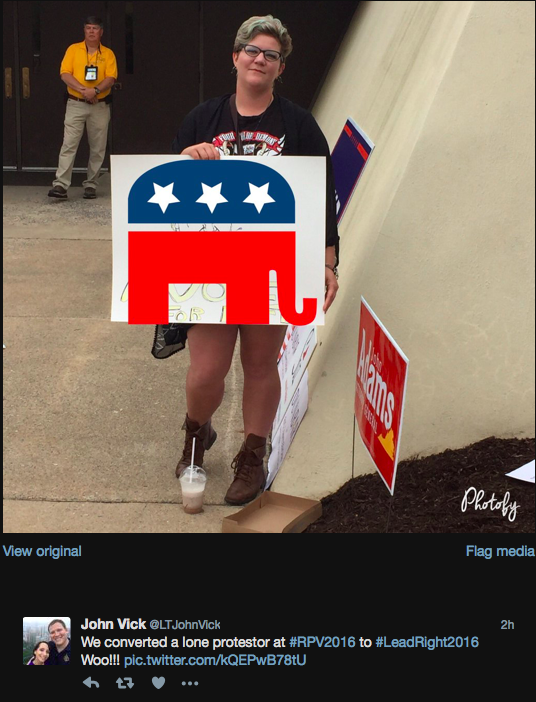 One man told the group: “It’s great to see so many young people interested in politics. I don’t agree with you, but I think it’s great you’re out here!” as he entered the building. 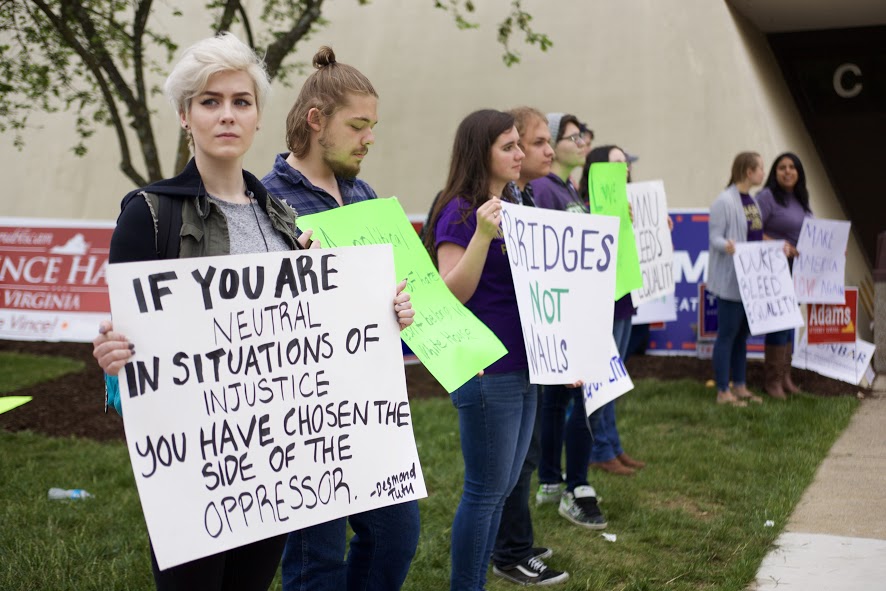 Moments after this photo was taken, the girl pictured, Rebecca Ward, was yelled at by a Trump supporter claiming that he had a right to be “neutral” and that “injustice” was subjective. He said to deny someone their right to be neutral was “tyranny.” However, this was pretty much as “aggressive” as it got.

The protesters stayed true to the original message of peace and on-lookers respected them for it. 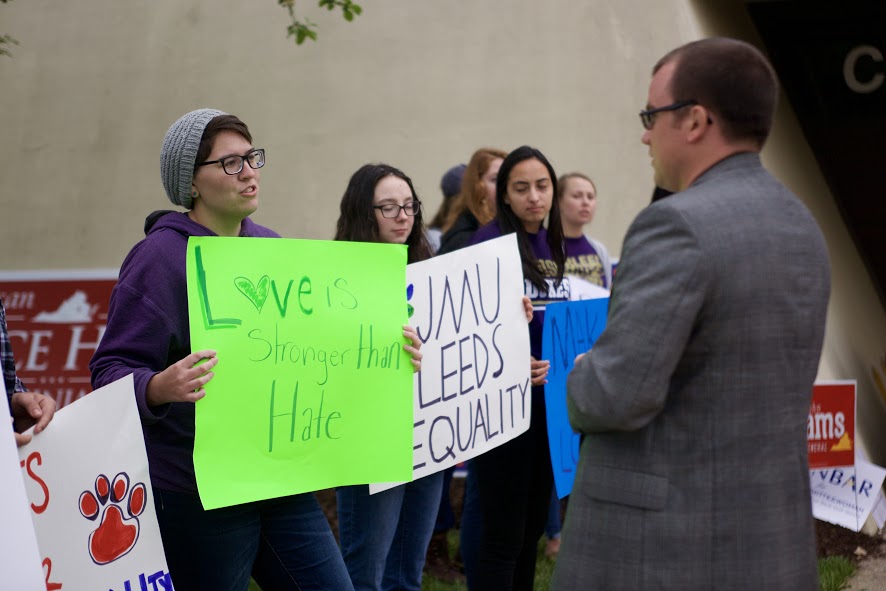 The man pictured above was commended by the group for keeping his dialogue “peaceful and informative,” rather than the hateful discourse they were protesting from Trump.

While Sarah Bower was being questioned, a man on his way into the building inexplicably blew a loud whistle and proclaimed, “That’s my rape whistle for Hillary Clinton!” In discussion after, she said, “He might as well have shouted ‘CHEESEBURGER!’ after blowing that thing. It would’ve made just as much sense.” 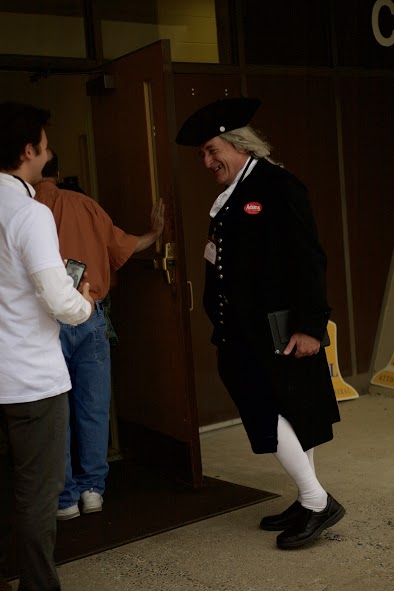 One thing we observed about the convention, some people chose to be in costume; why, we may never know. 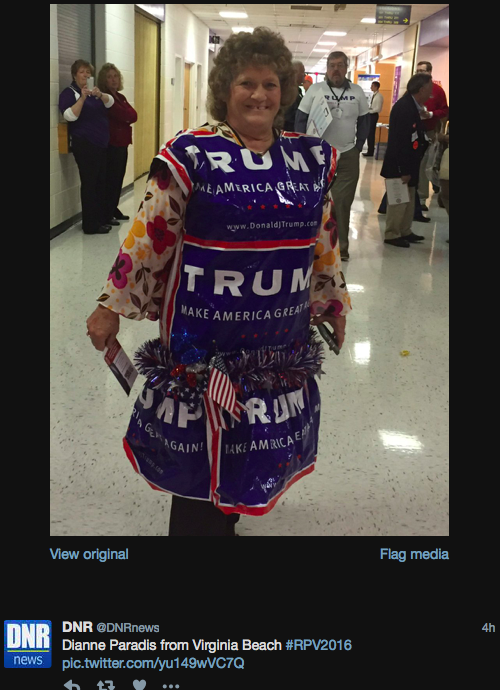 DNR News posted this photo to their Twitter page from inside the Republican Convention.