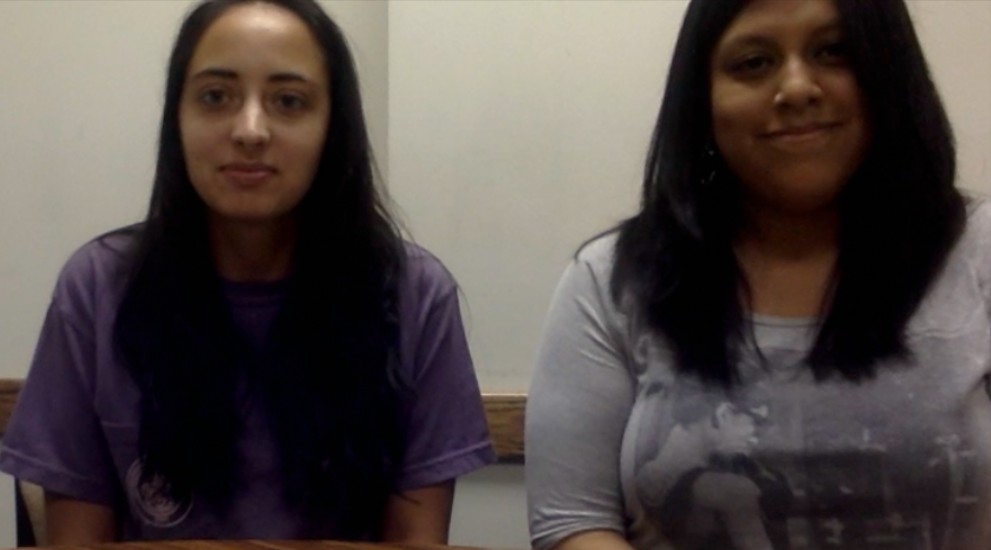 Upon hearing rumors of Trump attending the Republican Convention being held in the Convocation Center at JMU this Saturday, senior International Affairs majors at JMU, Natasha Yaqub (pictured left in the image above) and Catherine Antosh (right), decided to seize the opportunity to let their voices be heard.

The women organized a silent, peaceful protest against Trump’s presidential candidacy to take place on the sidewalk outside of the Convocation Center during the time of the Republic Convention. The Tab sat down with them to get confirmation of their protest after it was announced that Trump would not be attending the convention.

When asked to clarify why they were still holding the protest sans Trump, Catherine answered that “the protest was always against Trump as a candidate and against his political platform and so, even though he won’t physically be here, the convention is still going to be decisive in potentially choosing him as a nominee and we want to be there to make that stand that we’re not supportive of his platform.”

Natasha added, “a lot of momentum around [our] protest planning so when it started coming out that he wasn’t going to be there, people were still talking about wanting to do something and so we thought that we’d create a peaceful, nonviolent environment” for people to express their opinions.

This will be a silent protest in which participants are asked to not participate in any verbal abuse that may take place. By silent protest, they mean there will not be any chanting or yelling of any kind. Natasha and Catherine both want to stress that this will be a peaceful protest. They also do not want any hateful posters. Slogans they suggested were: Make America Love Again, Bridges Not Walls, No Room for Hate, Dukes for Equality, JMU Bleeds Equality, and Inclusivity for All. Yesterday, they held a four-hour-long poster making session for the rally in TDU. 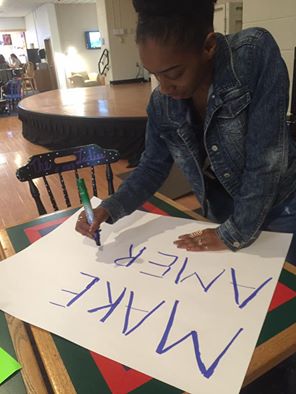 They have also posted the guidelines to their Facebook event page. 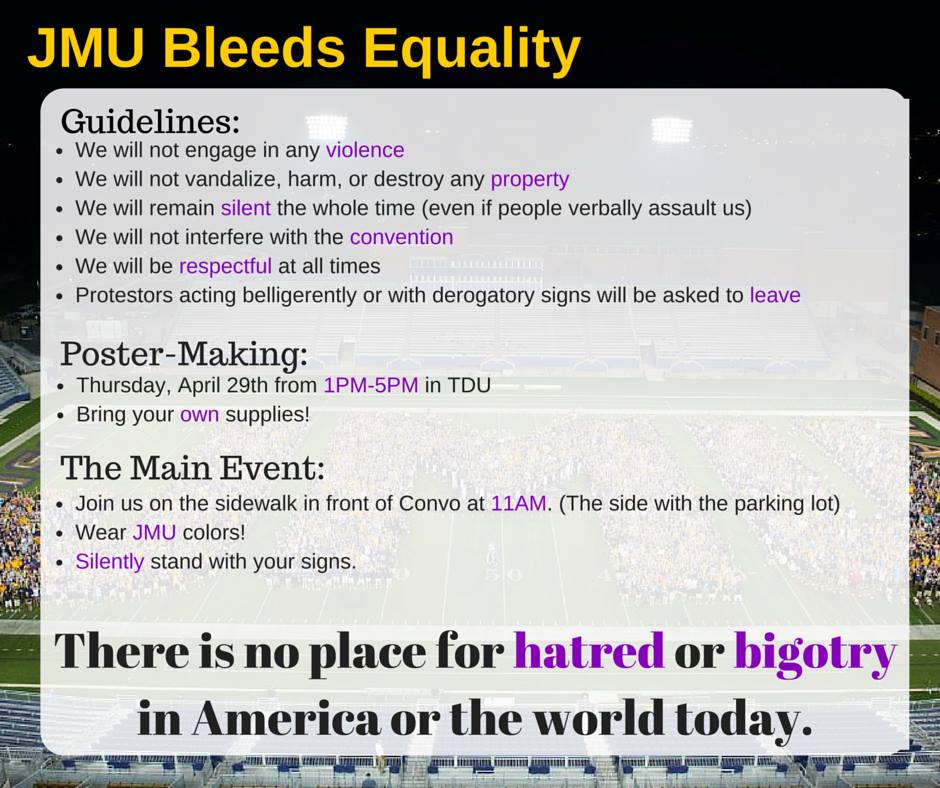 The protest will happen “rain or shine,” so bring your umbrellas, ponchos or rain jackets.

If you would like to participate in the event, meet on the sidewalk outside of the Convocation Center on JMU’s campus at 11am. They have a few extra signs available if you weren’t able to make one.