UPDATE: Trump NOT coming to JMU

The Republican Party of Virginia announced earlier today that they have “confirmed that Donald J. Trump will NOT be attending 2016 RPV Convention” at JMU. However, the convention will still be happening at JMU on Saturday. 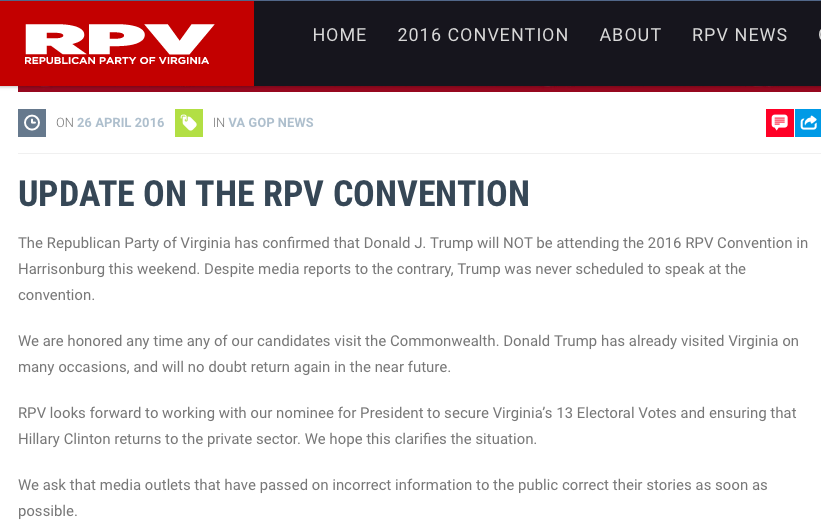 The protest will also still be taking place, since their intention was to protest Trump’s candidacy and not his appearance on campus.

If you are interested in attending the protest, it will begin at 11 am on Saturday outside the Convocation Center. Stay tuned to The Tab JMU‘s Facebook page for coverage of the protest and, hopefully, the convention.