Why everyone should read To Kill a Mockingbird

Set aside the SparkNotes on this one

I am sure you all remember groaning when your freshman high school English teacher assigned you yet another book to read. I remember thinking, “Why? Why in the world is this necessary to read?” But of course, that was before I had the passion for reading I do now. Part of that passion stems from Harper Lee’s incredible novel To Kill a Mockingbird.

So why is it so important that we read this book? I am sure we have all heard the answers from teachers tired of being asked why: “Because I said so,” “Because it’s in the syllabus,” “Because it’s important,” “So you’ll learn something,” “So you can be well-read,” the list goes on and on. But none of those are really answers, are they? So without further ado, here’s the REAL reason why TKAM is so influential from someone who has read it multiple times. 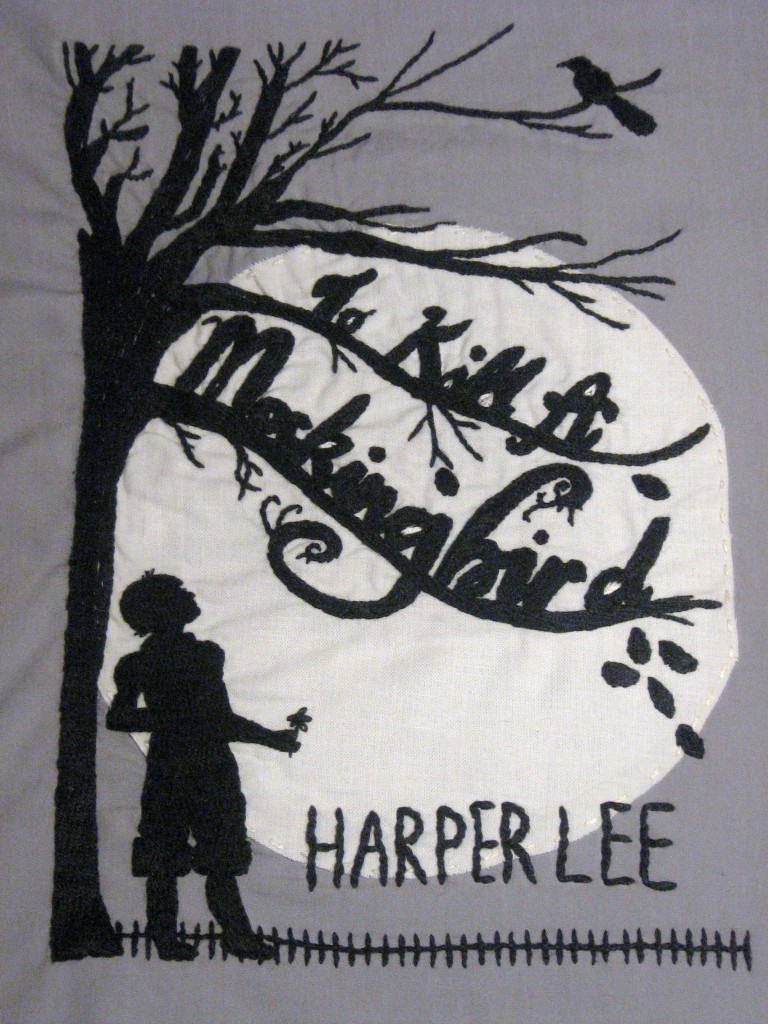 It teaches you how to respect others and your elders.

The life lessons Atticus teaches his children are priceless. Here’s a few of his pearls of wisdom: “You never really understand a person until you consider things from his point of view.”

“There’s a lot of ugly things in this world, son. I wish I could keep ’em all away from you. That’s never possible.”

“…but to remember, it was a sing to kill a mockingbird.”–This one might need some further explanation. What Atticus means by this is don’t senselessly destroy the beauty in the world. A mockingbird never harmed anyone; they just make the world a more beautiful place.

“The one thing that doesn’t abide by majority rule is a person’s conscience.”

More than just great one-liners, Atticus gives us example after example of how to be a decent human being and a terrific parent. He led his children by example more than anything, a quality to be admired. “I wanted you to see what real courage is, instead of getting the idea that courage is a man with a gun in his hand.” He also commanded their respect for himself and other elders without demanding it. Way to be the best example of a parent, Atticus!

It’s okay to not be a girly-girl.

With gender issues/norms running rampant in society, this timeless wisdom should not be overlooked. Scout Finch is the dictionary definition of a tom-boy. She doesn’t want to wear big, fancy dresses like her aunt or attend teas like the other girls; she wants to play in the dirt and fight with the boys. Aunt Alexandra, her father’s sister, tries her hardest throughout TKAM and it’s sequel, Go Set a Watchman, to convince Scout of her “place” as a woman. However, Atticus and Jem (Scout’s brother) make sure that Scout knows her “place” as a woman is to just be a good person and you don’t need fluffy dresses and girly teas to do that!

I know, being set back in the 1930s, this seems a little unlikely, but it’s true: TKAM is extremely relatable. The most obvious way it’s relatable is you watch Scout grow up and, when you’re in high school, you, too, are growing up. The issues she deals with in school and in society are very real, raw, and relatable for all genders and ages. It’s also written from the perspective of a child, making it understandable and more relatable.

It teaches you about the past, first-hand.

TKAM is based on Harper Lee’s actual childhood. Not only are you getting a great story detailing some major racism and segregation issues, but you are also getting a first-hand account of it. You’re reading about segregation and racism from a person who watched her dad fight for equal rights. It doesn’t get much better, nor realer than that.

It teaches you the proper way to handle confrontation and that there are consequences for those that don’t handle it properly.

In TKAM, you see Atticus defend his client from an angry mob with absolutely no violence. He diffuses them with the power of his words and his ability to stand tall and strong while they insulted him. At the same time, you see Scout, Jem, and Dill make wrong decisions and have to deal with the consequences.

Atticus Finch proves to his children time and time again that the color of a person’s skin means nothing; it’s the person inside that counts. This is also shown in the juxtaposition between the horrible Ewell family (white family that lives on the outskirts of the African American section of town) being an example of the negative African American stereotypes while Tom Robinson (African American) faces the criminal charges and the hate when all he did was be a kind individual.

This lesson is also taught through the character of Boo Radley. The children spend over half the novel being terrified of Boo Radley because they don’t know much about him and he fills the role of “other.” They eventually overcome this, learning that Boo is a nice guy under his mysterious hermit ways.

So now you know the truth behind why you’re forced to read Harper Lee’s, To Kill a Mockingbird.

If the last time you read (or faked reading–we know what’s up) To Kill a Mockingbird was in high school, I highly recommend you pick it up again, whether you liked it or not. The book takes on a whole new meaning and beauty from the perspective of an adult.

The literary icon, Harper Lee will live on forever in our minds, hearts, and bookshelves. She will be dearly missed and deeply mourned by bibliophiles all the world over. 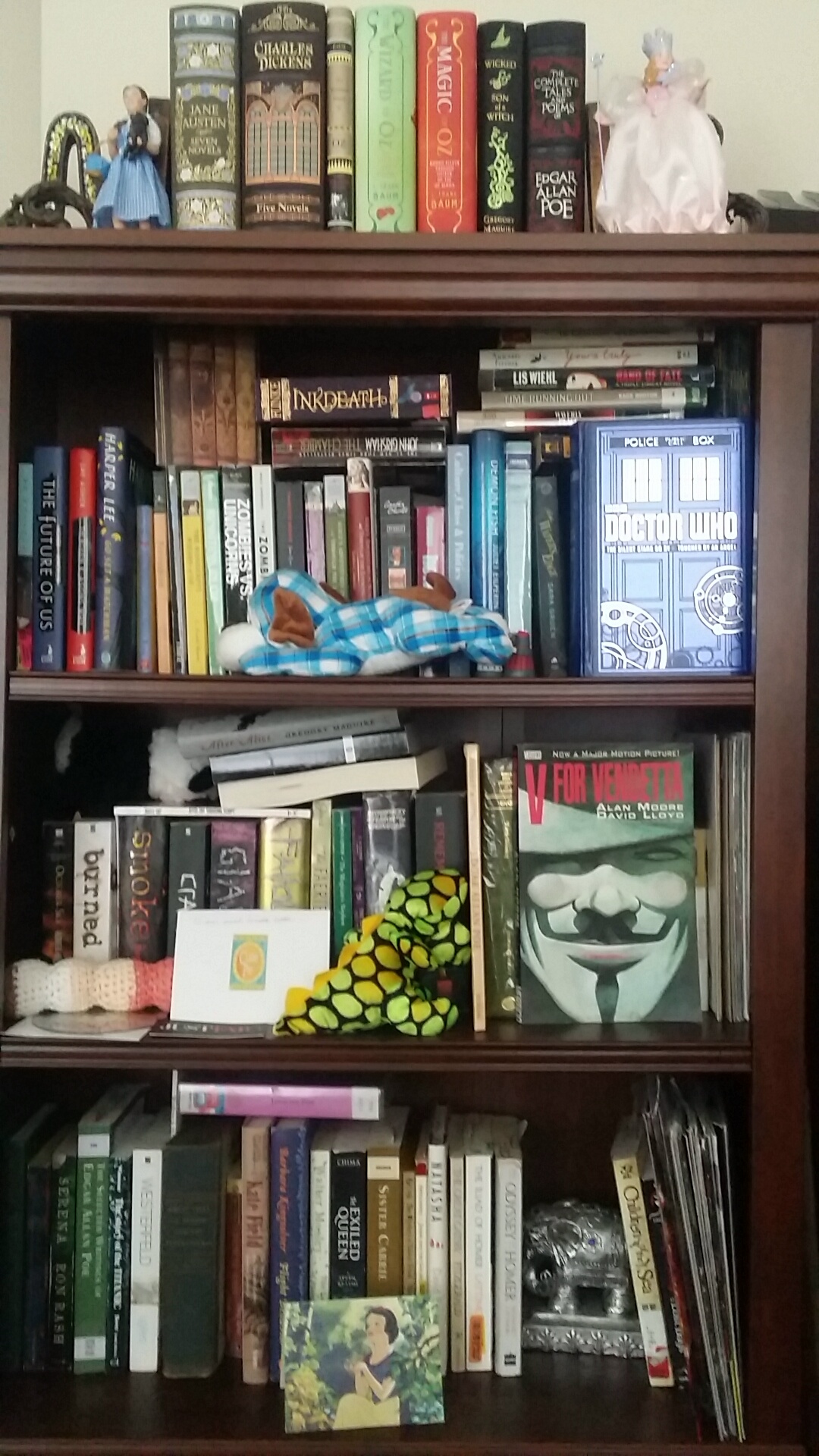