‘Love will always be bigger than politics’: Foster the People addressed depression at Cornell’s Homecoming concert

Towkio’s performance was cut short after innappropriatly dancing with fans

After a two year hiatus, Cornell's Homecoming concert has returned! The Cornell Concert Commission announced last month that California-based band, Foster The People, would be playing at Barton Hall as part of the 2017 homecoming festivities.

Although best known for their 2011 Billboard Top 100 hit “Pumped Up Kicks”, they recently dropped their third album “Sacred Hearts Club” in July and have been touring for most of this fall to promote the album. Needless to say, Barton Hall was packed for last Saturday’s event; the line to get into the venue stretched all the way down Statler Drive! 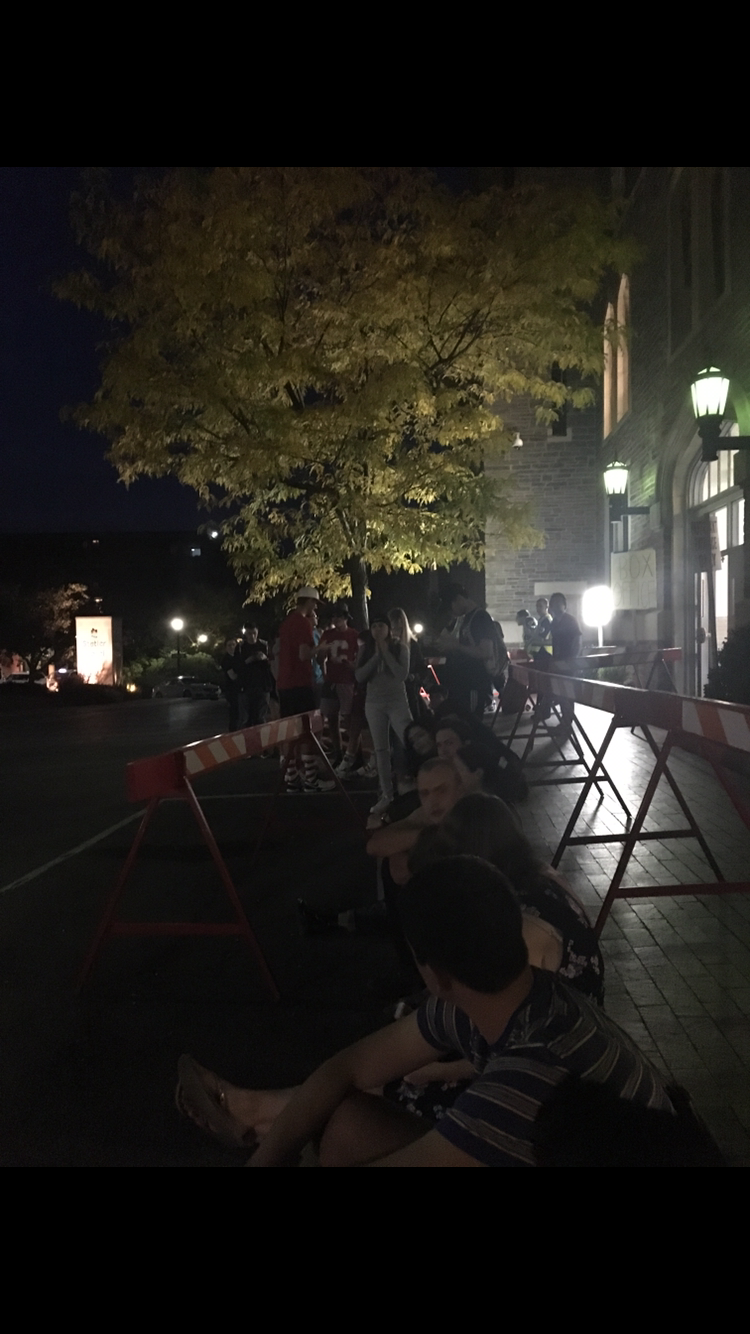 The show began with a set by Chicago-based underground rapper, Towkio. He got the crowd hyped up with his hits “Drift” and “Gang With Me” and invited some fans to dance with him on stage near the end of his set. However, his performance was cut short by security after inappropriately dancing with one of the fans. 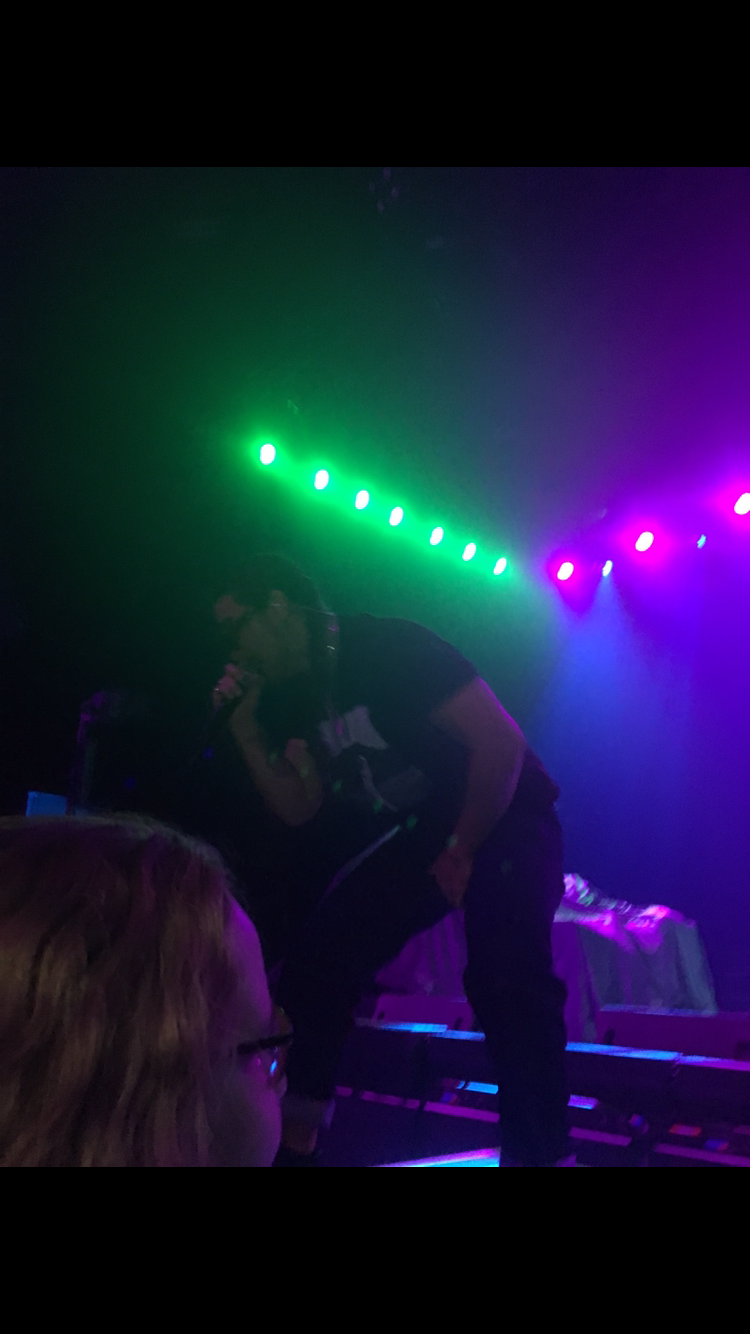 After Towkio was kicked off stage, Foster The People came out to perform their long-awaited set. The two hours I spent on line outside were definitely worth the wait. The band played their hits along with some of their lesser-known songs from all three of their albums (Torches, Supermodel, and Sacred Hearts Club) and, throughout the performance, the lead singer, Mark Foster, kept the crowd’s energy super high with his dance moves and encouraging the crowd to sing along during some of the songs. They also performed “Blitzkrieg Bop” by The Ramones, and the lyrics “Hey! Ho! Let’s go!” reverberated across the entire venue. 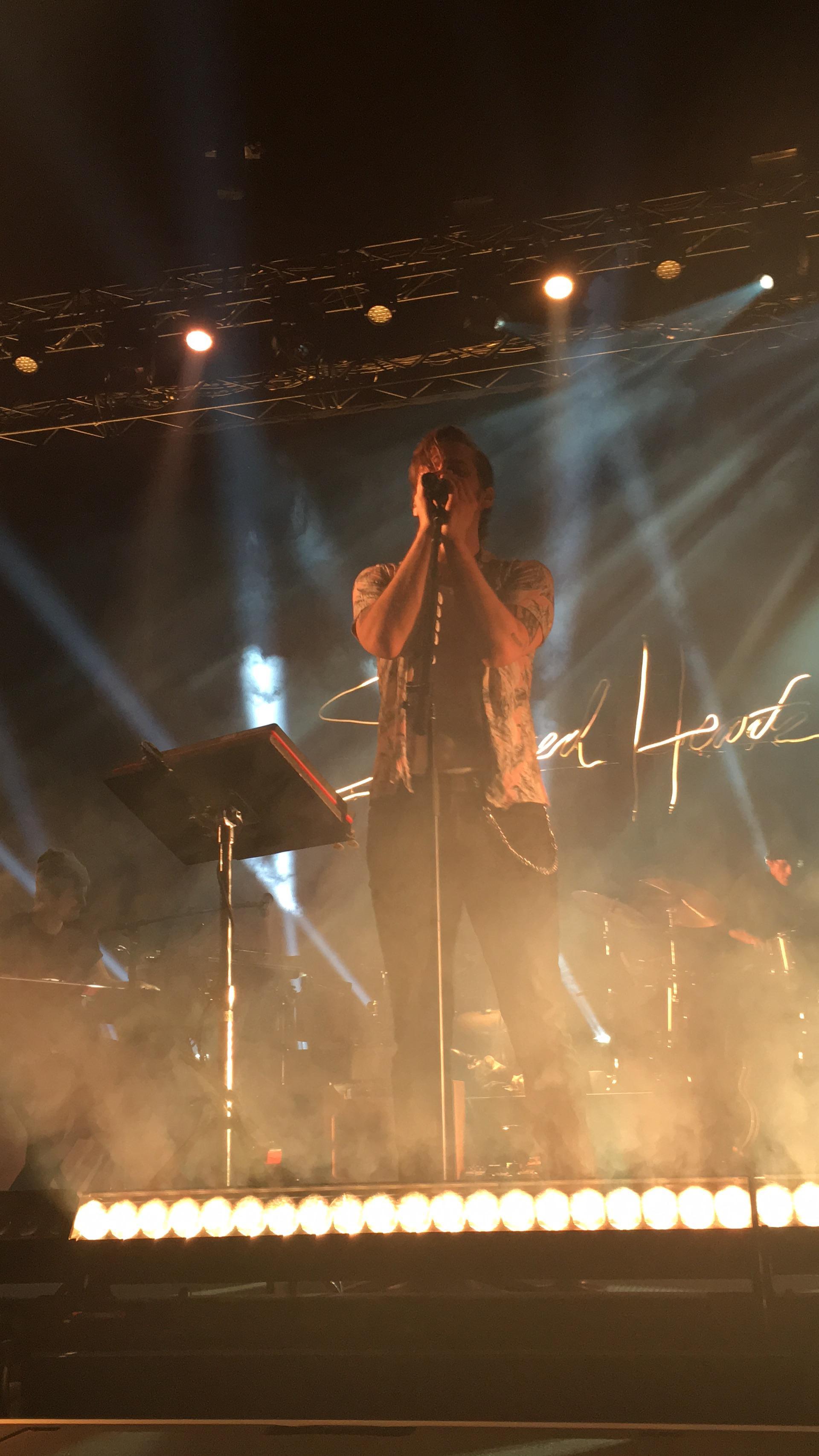 Mark Foster gave a few short speeches between songs stressing the importance of being compassionate to others and remaining unified in the age of partisan politics. His words to everyone in the auditorium of Barton Hall were powerful and relevant.

“It felt important to write that record (Sacred Hearts Club) in the spirit of joy as a weapon because joy is the best weapon against depression. Music, in my opinion, happens to be the most unifying thing in the world and, always remember, that love will always be bigger than politics."

Overall, Foster The People put on an amazing show for the Ithaca community and I highly recommend to anyone to go check them out next time they have a live show in the area. Their positive messages about love and unity, along with their upbeat lyrics and contagious charisma, are sure to bring people of all ages together, dancing and singing along to their songs.