Timeflies said he was fire

Get ready to fall in love with not just his beats but also the actual person behind the magic. Many have heard of ALMAND but aren’t quite sure who he is but it looks like our time in the wilderness is finally over.

Ithaca College’s senior TVR major, Joel Almand, who goes by the stage name ALMAND, has just confirmed that he has signed his first original song with PRMD records, the home to AVICII and Cazzette. 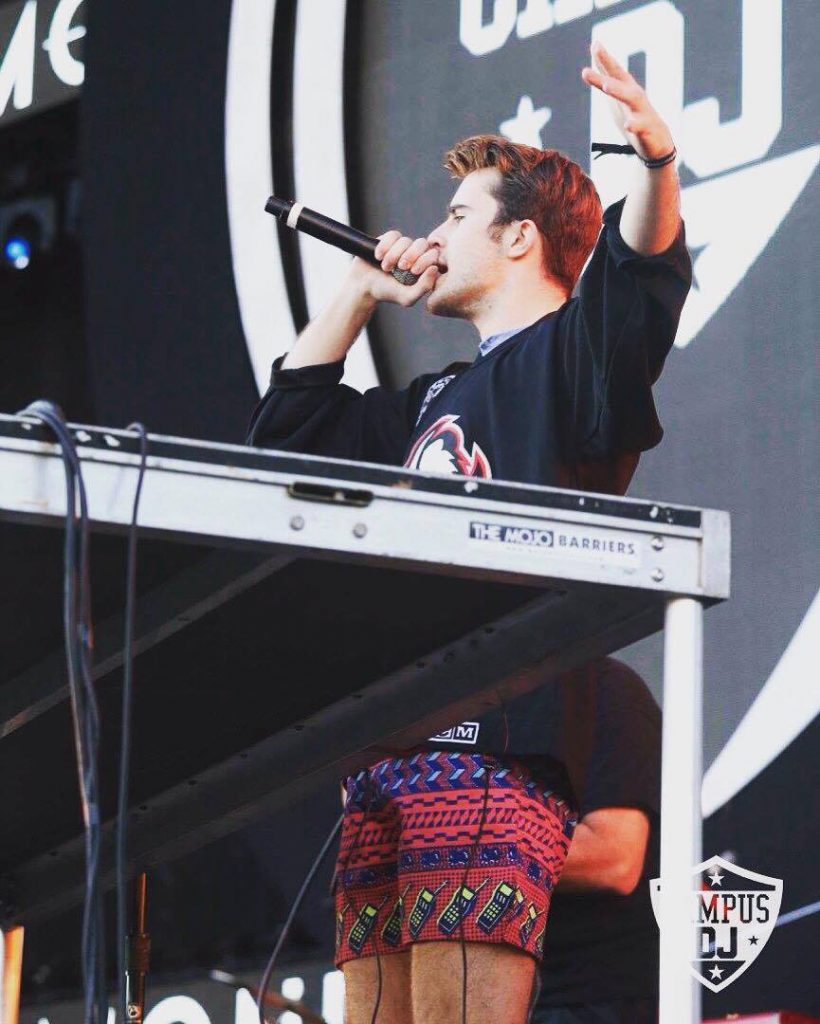 Joel started his music career freshman year at Ithaca College after his best friends father had passed away. In High school, ALMAND would DJ school dances and proms. He decided he wanted to do something special like writing a song which he admits turned out to be “really fucking bad” so he stuck to producing beats.

The 15k fanbase producer who was so sweet and humble, sat down with The Tab and spilled on his success: 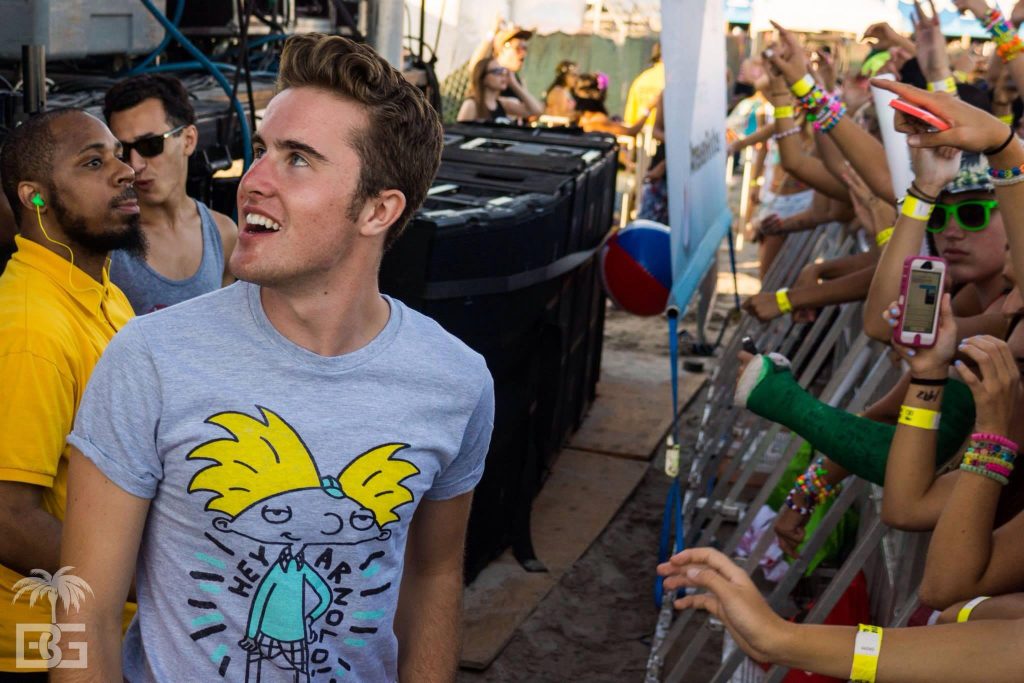 How did PRMD find you?

“For the first single that’s being released, the singer on it is Sterling Fox who has written a lot of things for Britney Spears and AVICII. Sterling just became obsessed with the instrumental I produced and wrote lyrics for it. He actually sent me back my track with his first recording of the lyrics on it. He’s such an unbelievable writer and recorder.

“In the final take, his friend actually sang the lyrics and now they are a team and they are going to start writing for me, which is so fucking sick. But they actually sent the Demo they made with my beats to PRMD and since they have written so much for AVICII, PRMD gave it a listen. Then I met with them in NYC 7 weeks ago and they were like Dude this is dope. It’s so crazy.”

Who are some of your biggest influencers?

“The Chainsmokers because they are just great. Ed Sheeran man, I really like him because he is such a great writer. After finding out he wrote “Love Yourself” for Justin Bieber, I was just like oh my god I miss Ed Sheeran.”

ALMAND also included Skrillex, Jack Ü, Diplo, and even added Ithaca’s, The Tang Gang which he was totally kidding about. 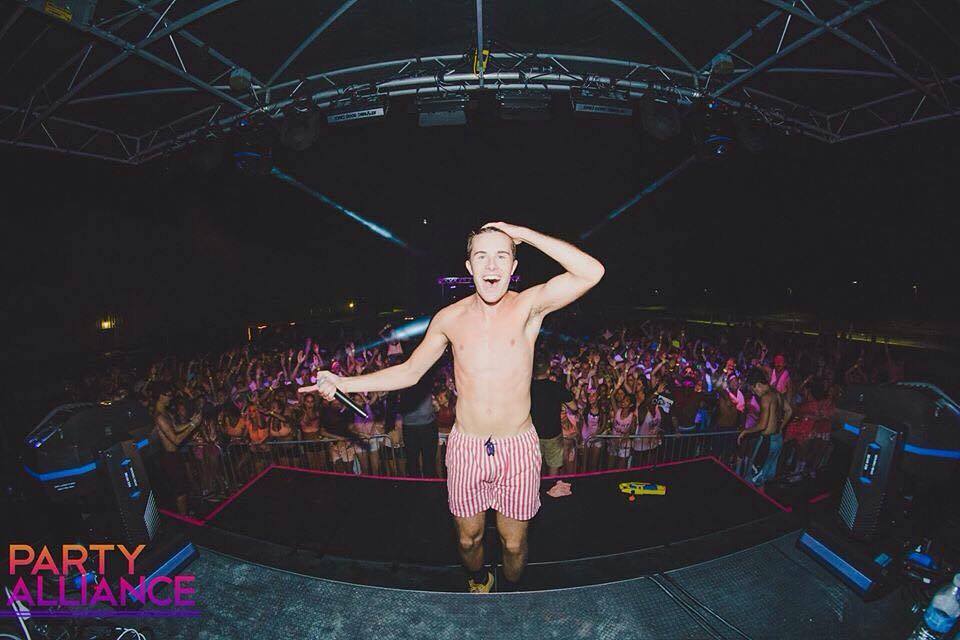 “Oh man, sorry mom this is going to be hard to hear but it’s so fucking difficult and it sucks. I can only do actual school for half a semester, which then takes a toll on my grades, but hopefully after Halloween I’ll be able to put more attention towards schoolwork. It’s been easier in the past but now since its senior year it’s so hard. With so much crazy things happening like the College tour I’m doing and now this, I don’t even want to be in school anymore. Class is the death of me.”

What was your favorite show and favorite moment performing?

In Wildwood, New Jersey definitely! The BeachGlow Music festival was sick! DVBBS and Kap Slaps played and other cool artists and it was just so much fun.

“One of the craziest shit I’ve ever done at a show was play music, no just kidding. I actually broke the stage once accidently from just jumping. It wasn’t the most secured stage and of course I decided to jump.”

After admitting to Joel that I had stalked his Instagram to figure out the mystery question of the hour: if he was single. Since I was unable to draw a conclusion, like any other gal, I had to ask.

Are you Currently Single?

“I am, I am. My best friend and I just pulled a prank cause people were asking but I definitely fucking am single.”

Music to our ears ladies. 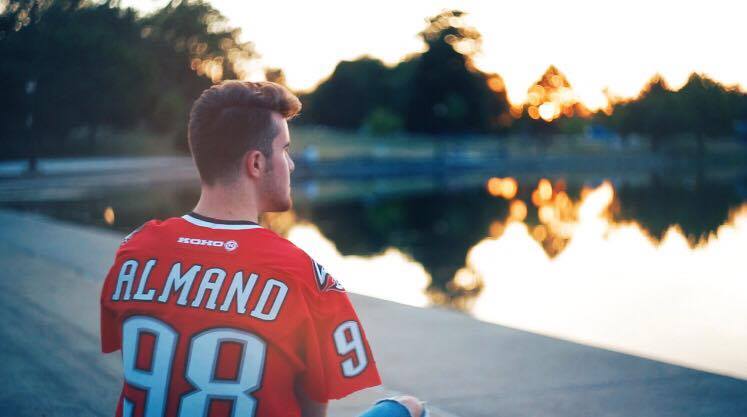 How do you feel when people hear your music?

“I mean I’m still very small but its still cool to hear when people from home who are at other schools will text or call me just to tell me they were at a pregame and they heard my music being played and I’m just like that’s so sick. I always get Snapchats and stuff.”

What is one of your dream places to play?

“Tomorrowland in Belgium. That would be so dope and even though it’s like everyone’s dream, it would be huge, like I can’t even begin to explain.”

“I would have to kill The Weeknd, it’s a bad thing to admit but I’m not that big of a fan of The Weeknd

And fuck Calvin Harris for sure.” 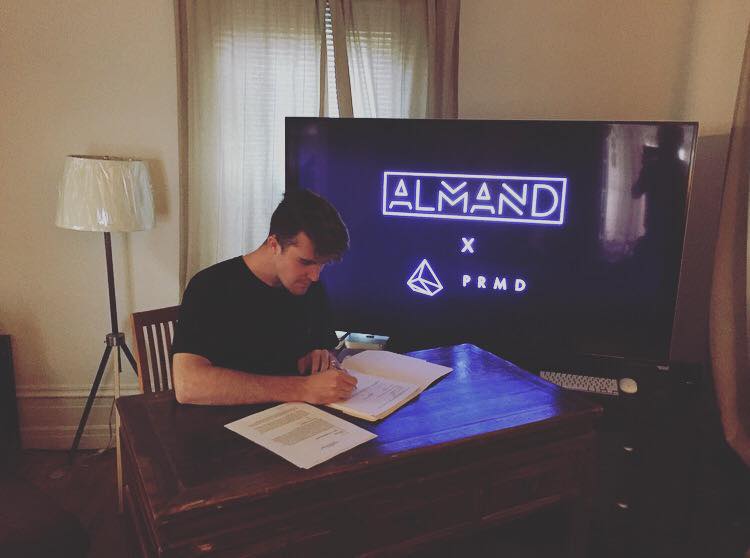 How does it feel being signed?

“So legit, I’ve wanted this for so long it’s insane. It felt fake until I made that Facebook post just because it was seven weeks of me just keeping it to myself. It took so much longer than I thought and it was crazy but I’m so excited I just cant wait to release it. I still have to wait a couple weeks, but it comes out in November and a music video which will be on Vevo, will come out as well.”

Who is the most influential person you’ve had the privilege of meeting?

“My brother definitely my brother. Last year I was going through stuff, I was actually going to quit music and I had a writing block and I just wanted to quit. But then before my brother left to the Navy he told me not to and I didn’t and now its just crazy how things have picked up.”

What is one of the biggest challenges you’re dealing with right now?

“I have no idea how to play an actual instrument. Music in general is difficult for me but I love doing it so much that you just kind of find your own way. I honestly want to do a live performance where I perform with actual instruments.

“I mean don’t get me wrong, Dj’ing is fun and easy but I want to expand beyond and it’s just difficult because I don’t know how to play anything but I’m looking into taking some classes and stuff and trying to teach myself cause I really want to do it.”

So what now Joel?

“I’m really appreciative that they decided to do an exclusive deal with three songs and allow me to get exposure and create new relationships ’cause that’s dope.” 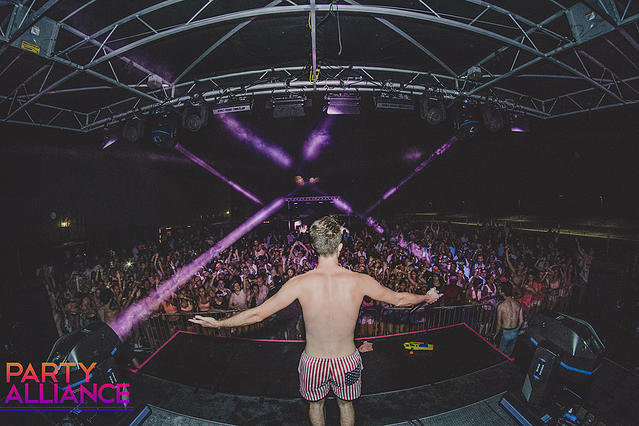 ALMAND has also recently worked with Indi-Hana Productions, a group of past and present Ithaca College students, in producing footage of his 2016 fall Campus tour which you can track by searching #almandtour or visit the Indi-Hana website.