At 3:43PM, two cars were involved in a collision near the Danby Road entrance to Ithaca College.

The were at least two ambulances on the scene, and there was a van overturned. A girl, who is thought to be a student was pulled free by the fire department.

We spoke to the girl who called the police. 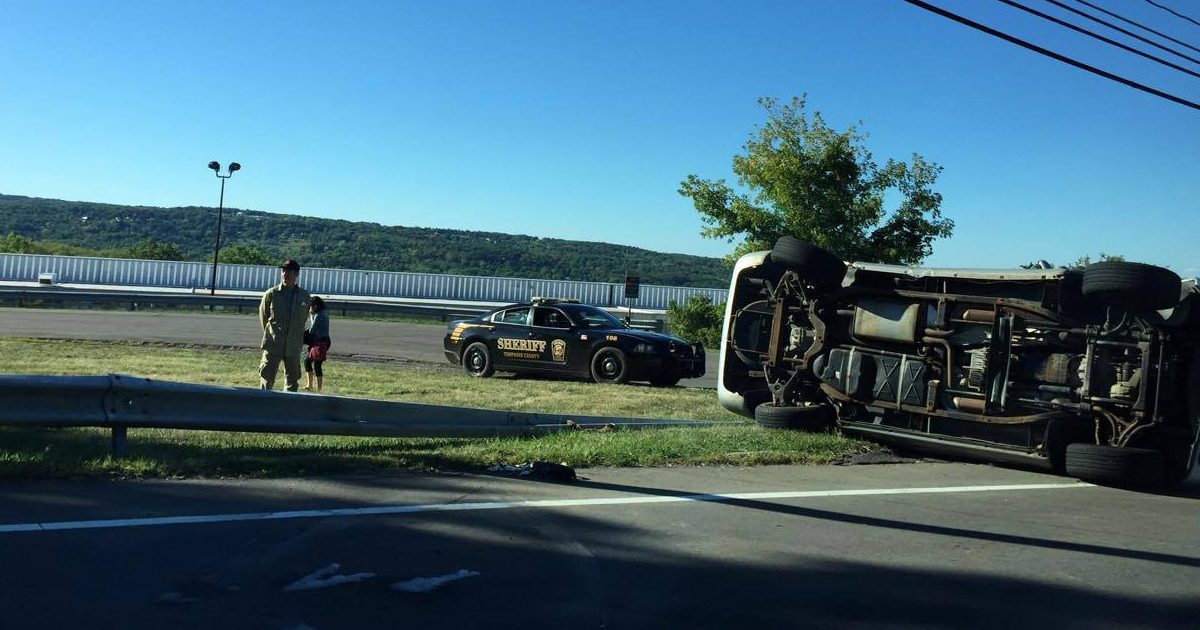 The senior psychology major, who wished not to be named, told The Tab:

“I was at the light facing the parking lot and I heard a loud screeching noise and looked over and saw a girl in a Mercedes truck flip over, I believe twice.

“I guess she had hit the car that was pulling out. Next thing the car had flipped. I started panicking and pulled into the parking lot and at the same time, seven other people had ran towards her.

“We tried pulling the girl out of the car through the trunk but it was jammed. So I stepped over to the side and called the cops and they showed up in less than four minutes.

“The fire department peeled off the windshield and pulled the girl out. Once out, the girl was very quiet and couldn’t say anything.

“Her body was trembling and they tried asking her if she was okay and she wouldn’t answer. It just all happened so fast that I can’t believe it actually happened.

“It was like one minute I was going home and the next I was on the phone with the cops pulling a girl younger than me out of a windshield.”