What to expect your first week at Ithaca

If you don’t go to CTB, you’re not living

You graduated high school. You spent your summer enjoying the sun and the company of your hometown friends and family. You went college shopping and got all the necessities for your dorm room needs… and now, you’re off to Ithaca College. But what exactly can you expect in your official first week as a Bomber? Some things are specific to Ithaca, while others are more general to all colleges, but one thing is certain: These are all bound to happen and to be expected within your first week on the South Hill.

First day of classes means time to work, right? Not always! You’ll learn to adore syllabus week – a time to ease into the school year and your classes by learning what books you may (or may not) need, as well as what the professor expects from you and the class entails. It’s also known as the week to party on campus because everyone’s together and most students don’t have responsibilities in the three day week. Remember: Wednesday runs on a Monday schedule (AKA don’t look like a fool and show up to the wrong class.)

Welcome to the 607! First week at college means new people, so expect to exchange your number with pretty much every person you come into contact with. Don’t forget to add “Ithaca,” “IC,” or the bomb emoji next to all your new contacts’ names so you can remember who and where they’re from. 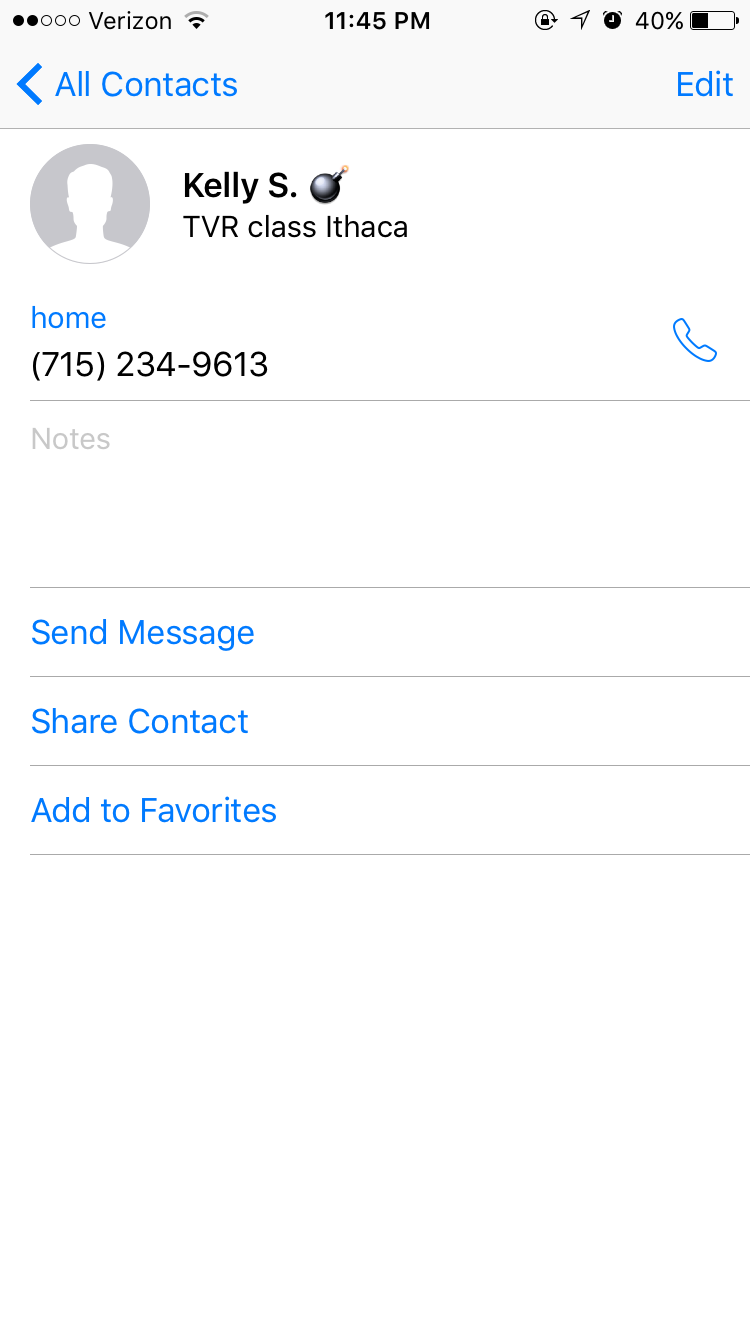 Fake numbers, like the one above, are sometimes given out too!

Prepare your intro and fun facts

Meaning your name, your hometown, your major, and the most dreaded one: the fun fact. Start thinking now, it’ll save you a lot of time and stress in your intro level and Theme courses with a bunch of random people you’ll probably never see again.

Along with your new pals’ numbers, you’ll want to request them on Facebook, follow them on Instagram and Twitter, and add them on Snapchat. How else will you know every detail of everyone’s pasts and what house party everyone’s at on the weekend? 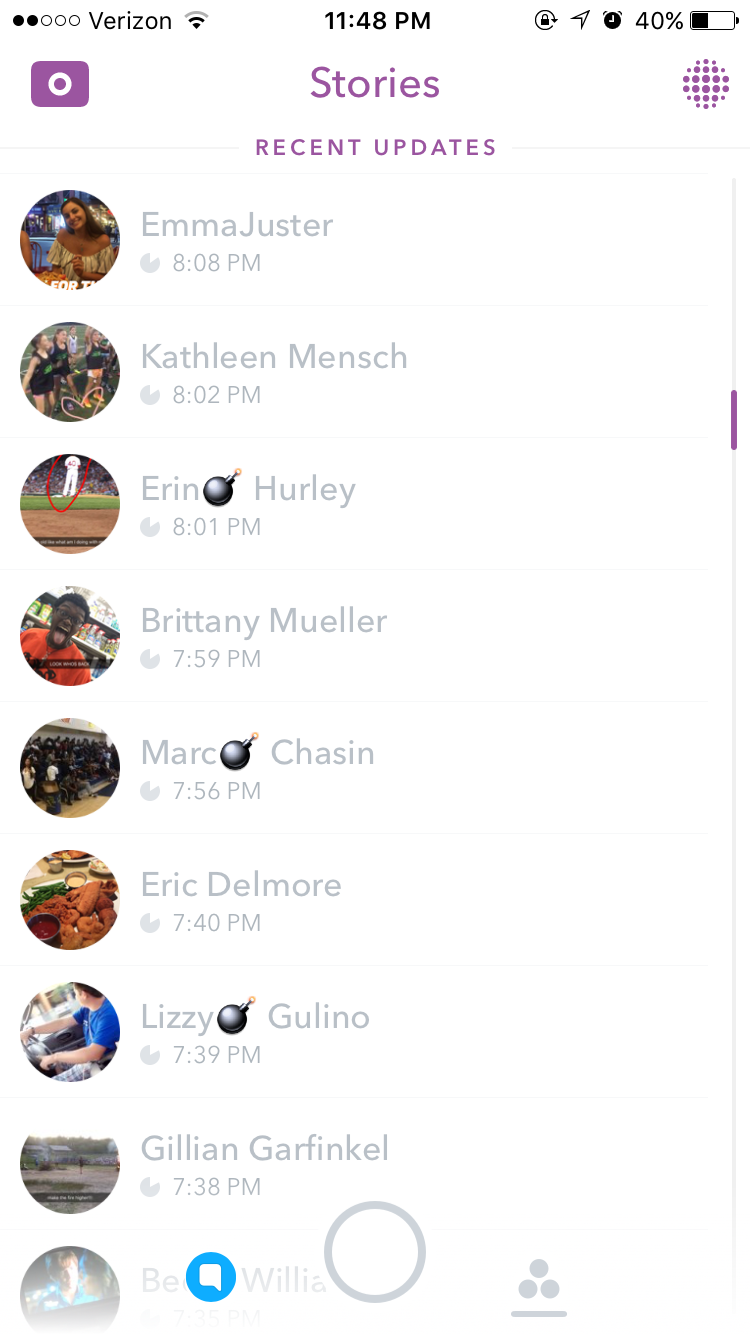 Attempt to learn the TCAT schedule

It won’t be easy and you probably won’t learn it in a week… or a month… or a year. Hell, you’ll be lucky if you even understand it by senior year. But at least make an attempt to try or find a friend that does because the TCAT is your primary mode of transportation in your freshman year to get anywhere off campus. (Helpful hint: having a friend with a car is a plus; having a friend with a car that isn’t parked in Z lot is even better.) 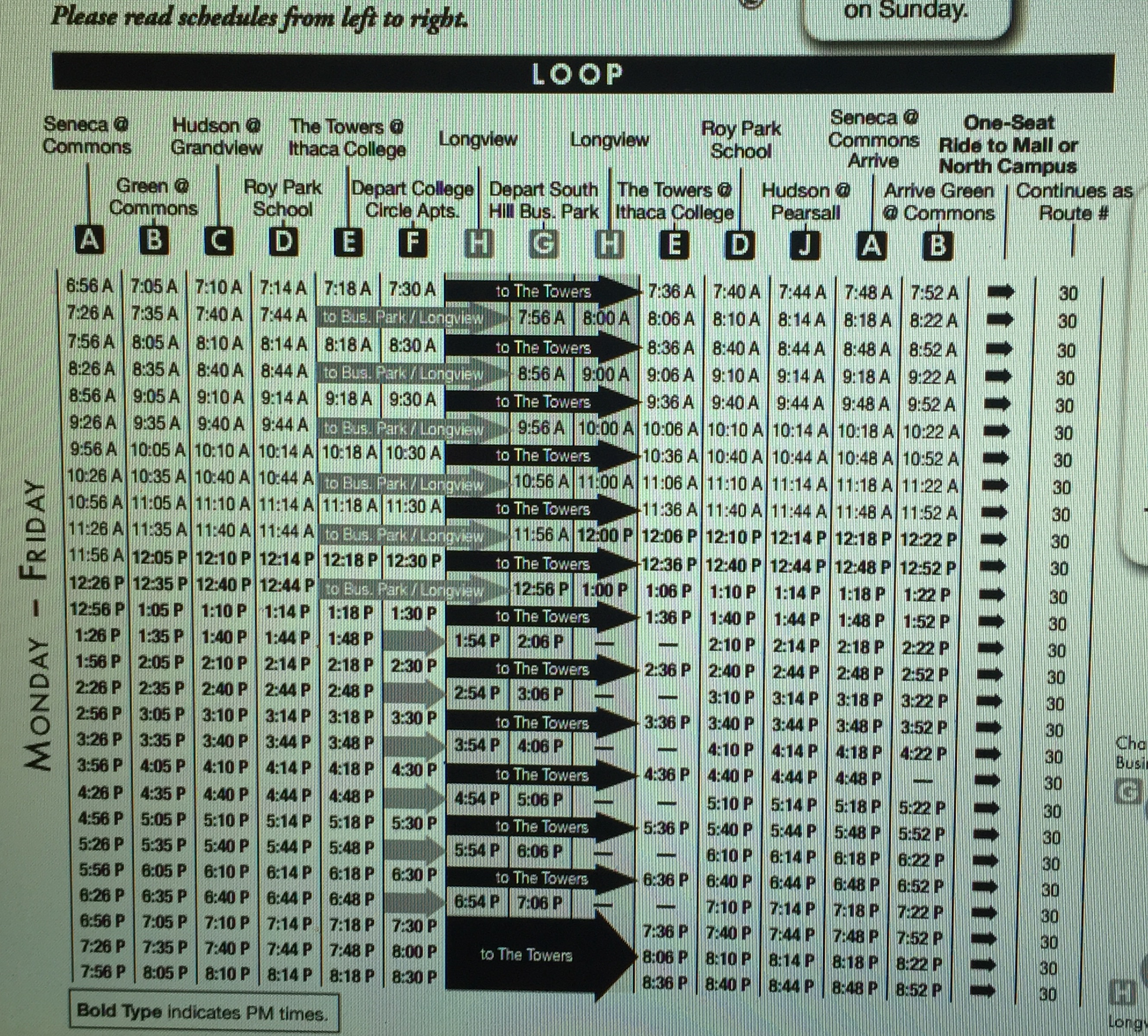 Try not to end up at Cornell

Yes, you will take a TCAT down to The Commons after class, and yes, you will get on the wrong route that’ll take you to Cornell. Beautiful campus, but not exactly ideal when you have to be back on campus for your required 6:50pm class. Remember: ROUTE 11, NOT 10. 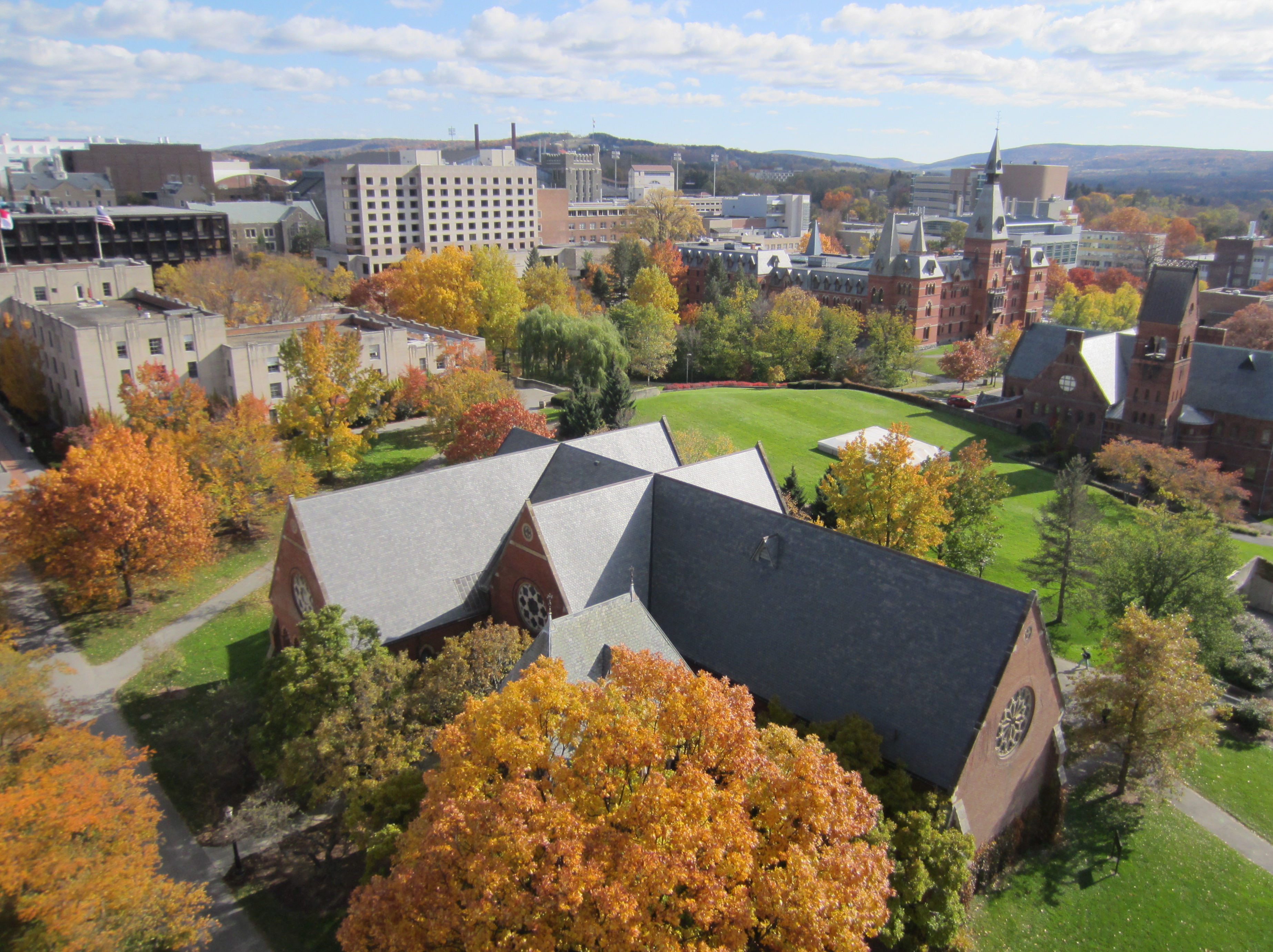 Accept the ‘one and done’ walk up Danby

Because you’ll probably struggle with understanding the TCAT schedule (or inevitably miss the last TCAT back to campus on Saturday night) just accept the fact now that you’ll walk up the huge hill of South Aurora/Danby at least once in your first week (or year) as a Bomber. After you do it once, chances are, you’ll probably never want to do it again.

Maybe going out at 9pm in high school was super late for you, but welcome to college life where the parties don’t start until at least 10pm (and even that’s early). By 10, you’ll probably have made one stop to Subconnect to pick up some Sprites, Cranberry Juice, and snacks for later. And by later, I’m talking 2/3am.

College food is not home food, there’s no way around that. Expect to scope out all the best fast food places in the Commons, as well as in the town of Ithaca. Pretty soon, you’ll find a love for all things Sammy’s Pizza (only acceptable to eat after midnight,) DP Dough, Casablanca and Insomnia Cookies. You’re also bound to discover and love Grub Hub – your go to delivery company for any food in the Ithaca area. Hello, Moes, Chipotle and Panera. 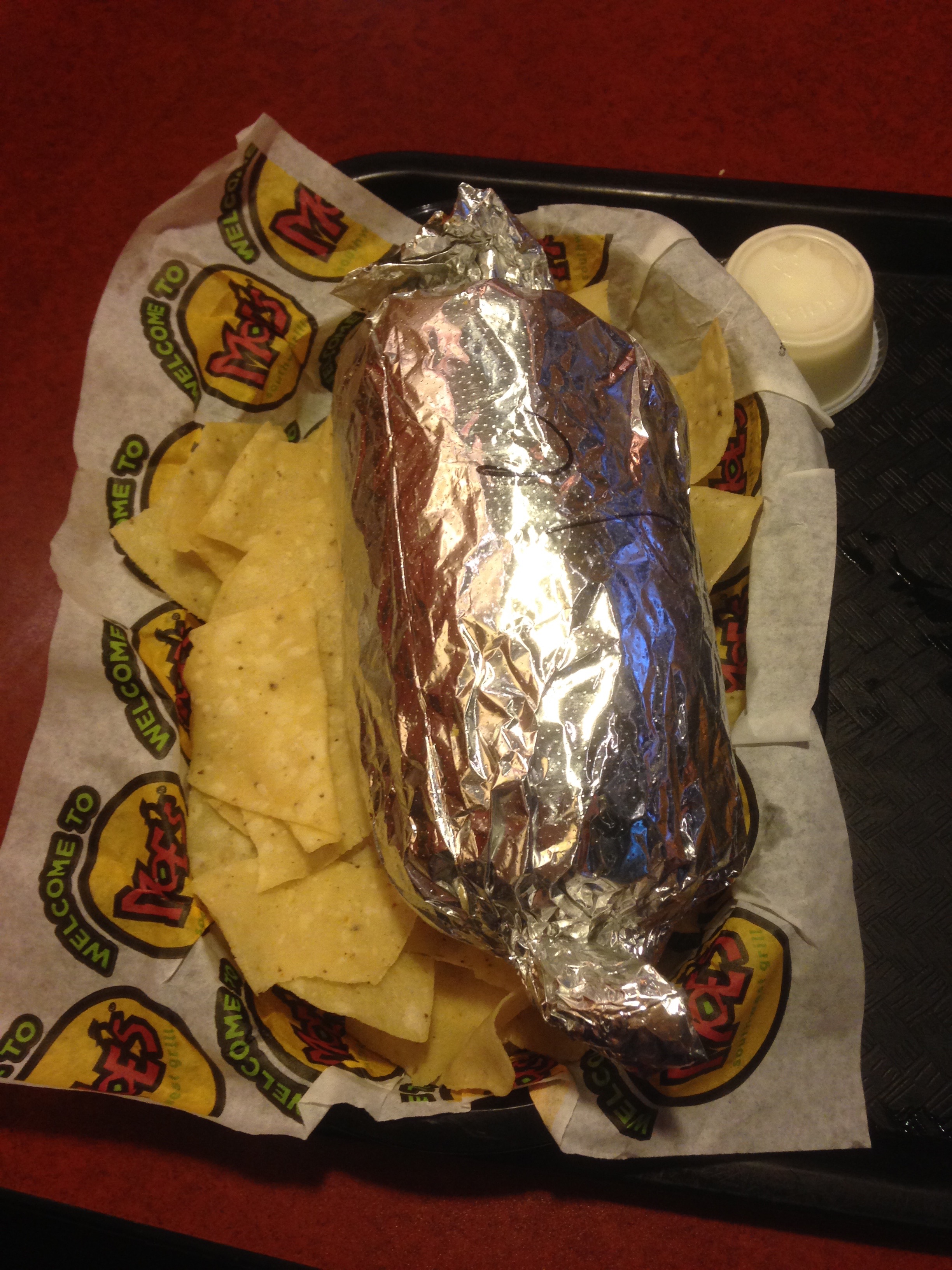 A trip to the Commons

Besides heading down to the Commons for the nightlife, your Sunday mornings will probably be dedicated to visiting WaffleFrolic, CTB, and all the unique restaurants at the bottom of the hill. To be followed throughout the year: Applefest, Chilifest, and Porchfest! The Commons will soon become your favorite place to spend some downtime. Make sure you hit up The Ale House for the best Buffalo Chicken Springrolls you’ve ever had! 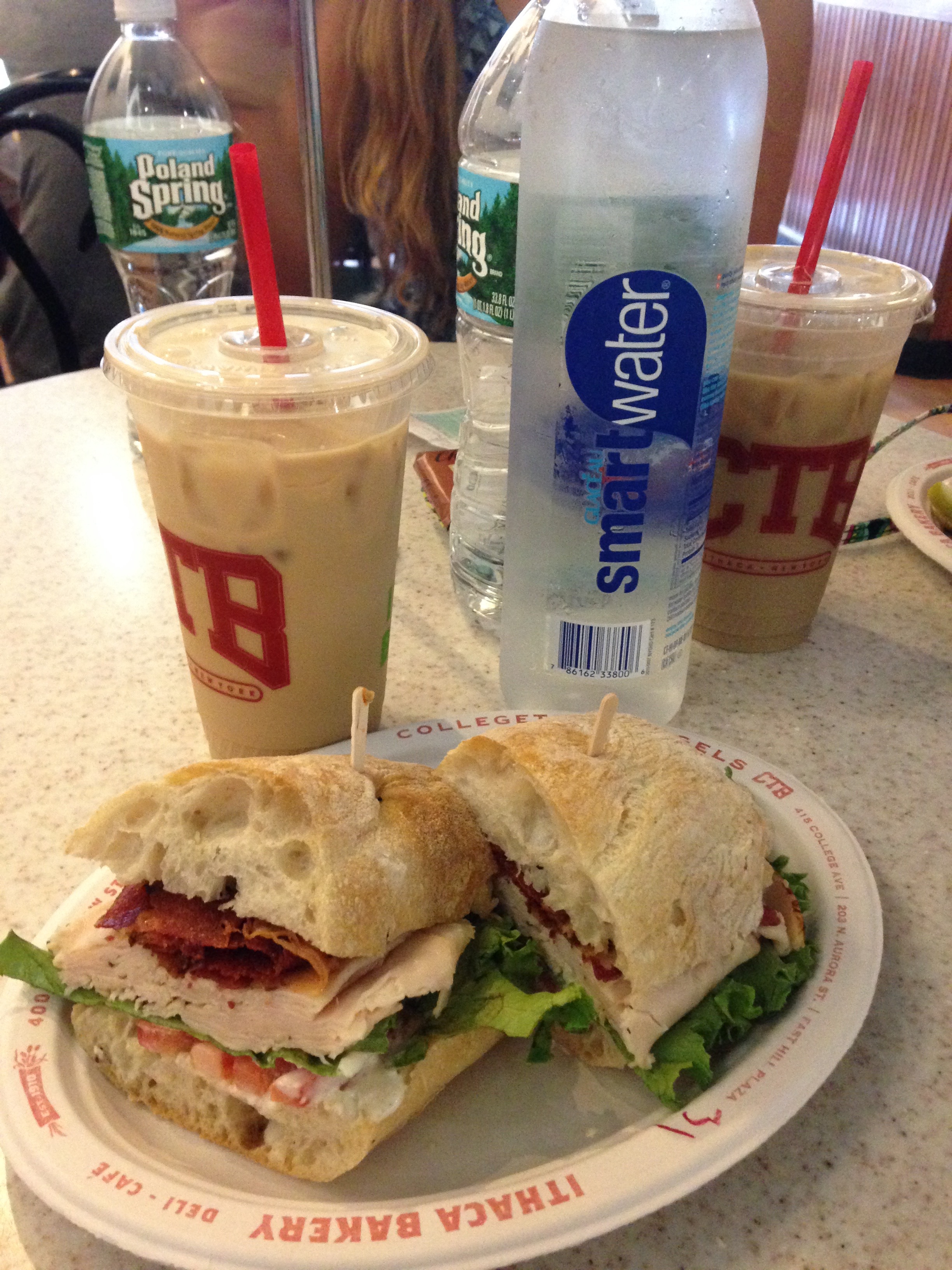 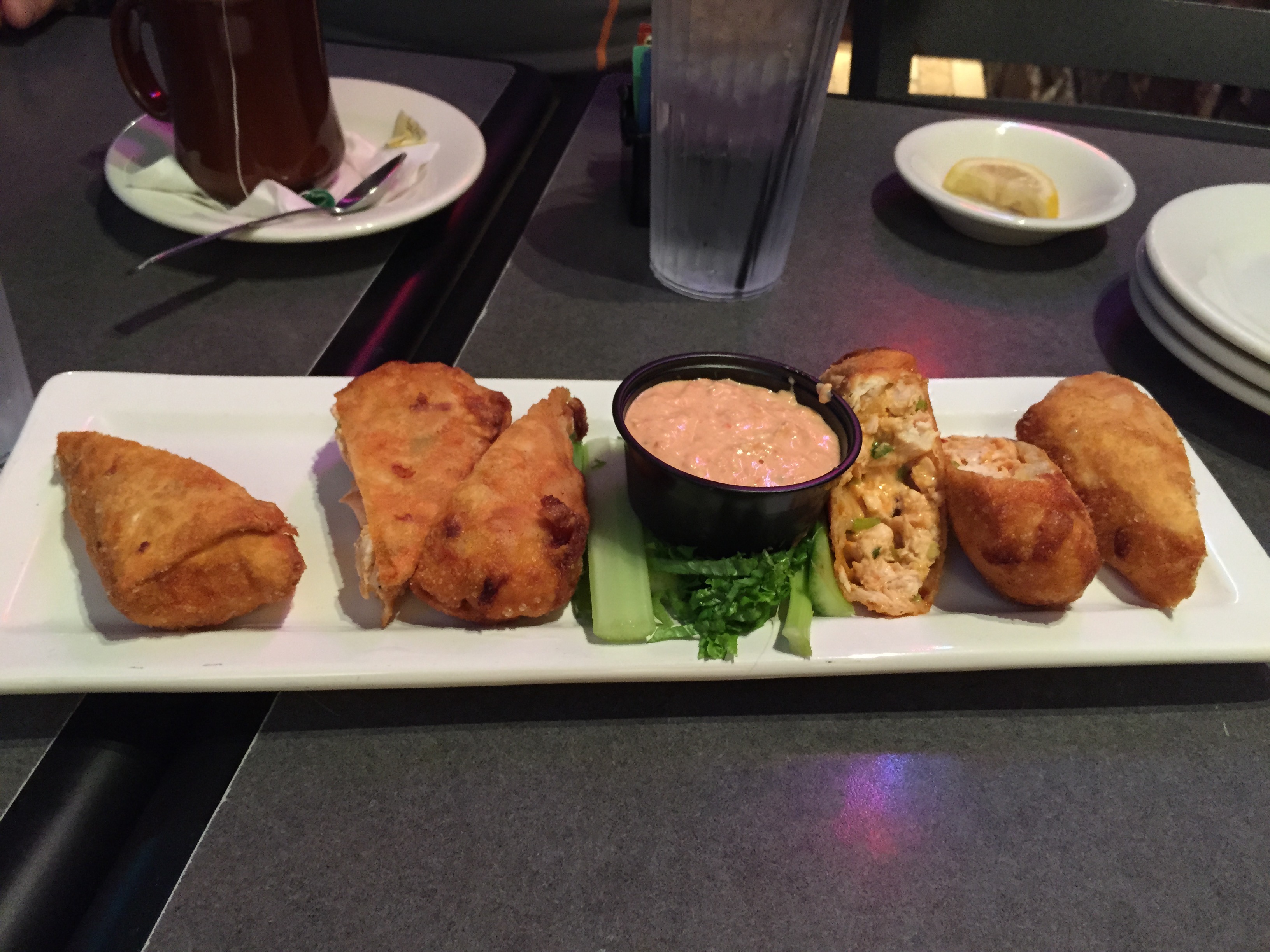 No, you probably won’t know what Textor Hall is on your first week or where it begins or ends. But you will grow to love its connection to most buildings on campus so you don’t have to walk outside in the rain, extreme heat or snow (later on in the year).

You’ll go, and you’ll inevitably join about 40 different clubs that all sound interesting to you. And then, you’ll receive emails upon emails about your clubs. But don’t be fooled! You’ll probably only stick to one or two clubs in the end when you realize there’s only 24 hours in a day. Oh, and get familiar with Orgsync… you’ll rely on that as much as you rely on air to breathe.

You’ll figure out how to master your use of time. Most notably: your sleep schedule. This means figuring out just exactly how late you can push your alarm before your late for that dreaded 8am class at Smiddy Hall, inevitably sleeping through your alarm at least once, and when and where you can fit in naps throughout your day (Ex: Muller Chapel, Library, Hill Center hallway corners, the quad on a warm, sunny day, your bed, etc.) You’ll also take note of the first (and last) time you’re actually early for class. 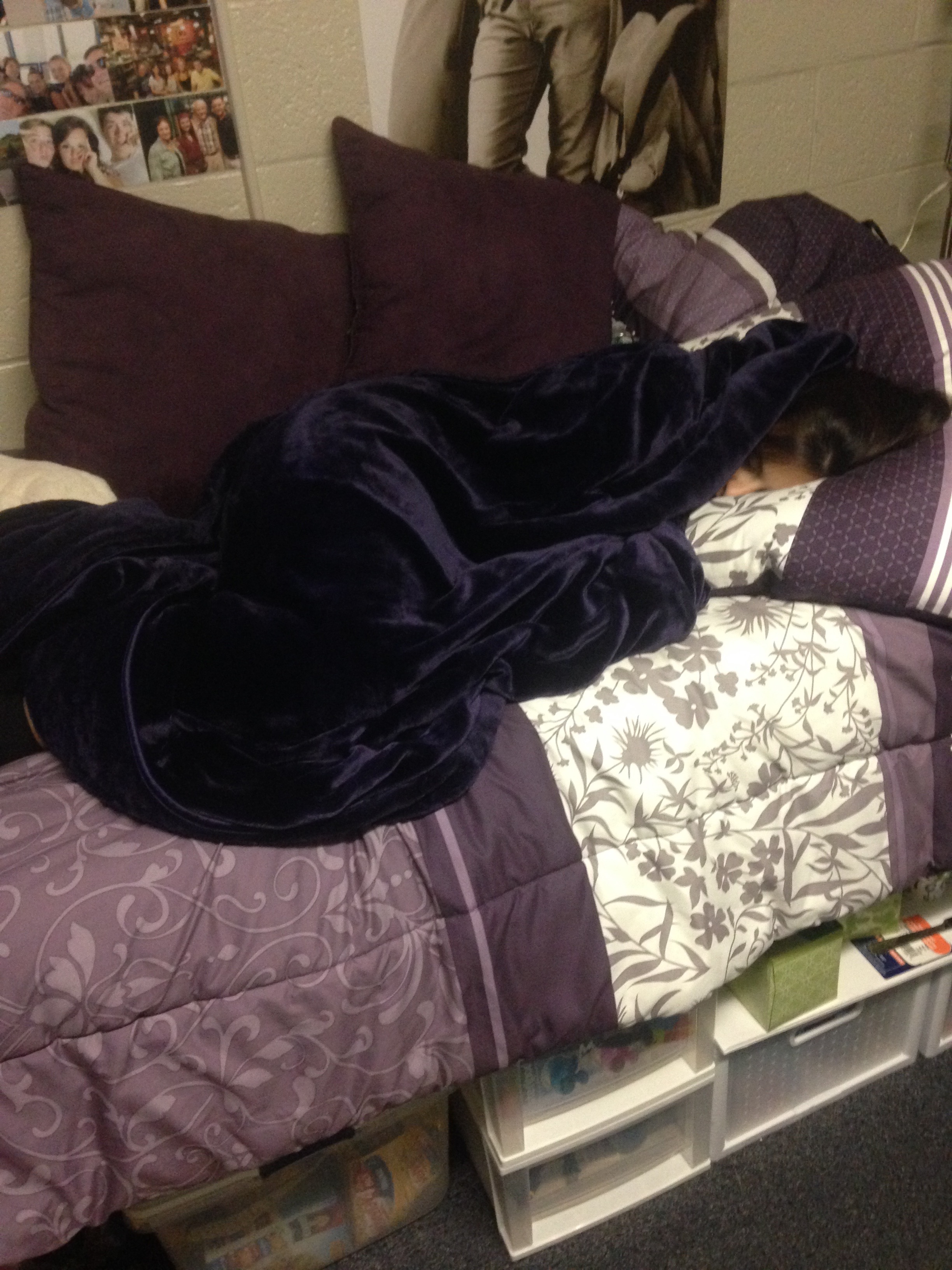 Yes, there’s a sleeping college student in there

Figuring out the proper attire

If you choose to look cute on the first day of class, bask in it, because it’ll probably be the last time you attempt to look nice for class. By the second day, you’ll soon figure out that pjs and sweatpants are acceptable for class, especially those 8ams, and most of your attire will consist of your Ithaca College shirts and pants. Start saving your money now, you’re bound to buy out the entire bookstore within the first week or two at Ithaca. 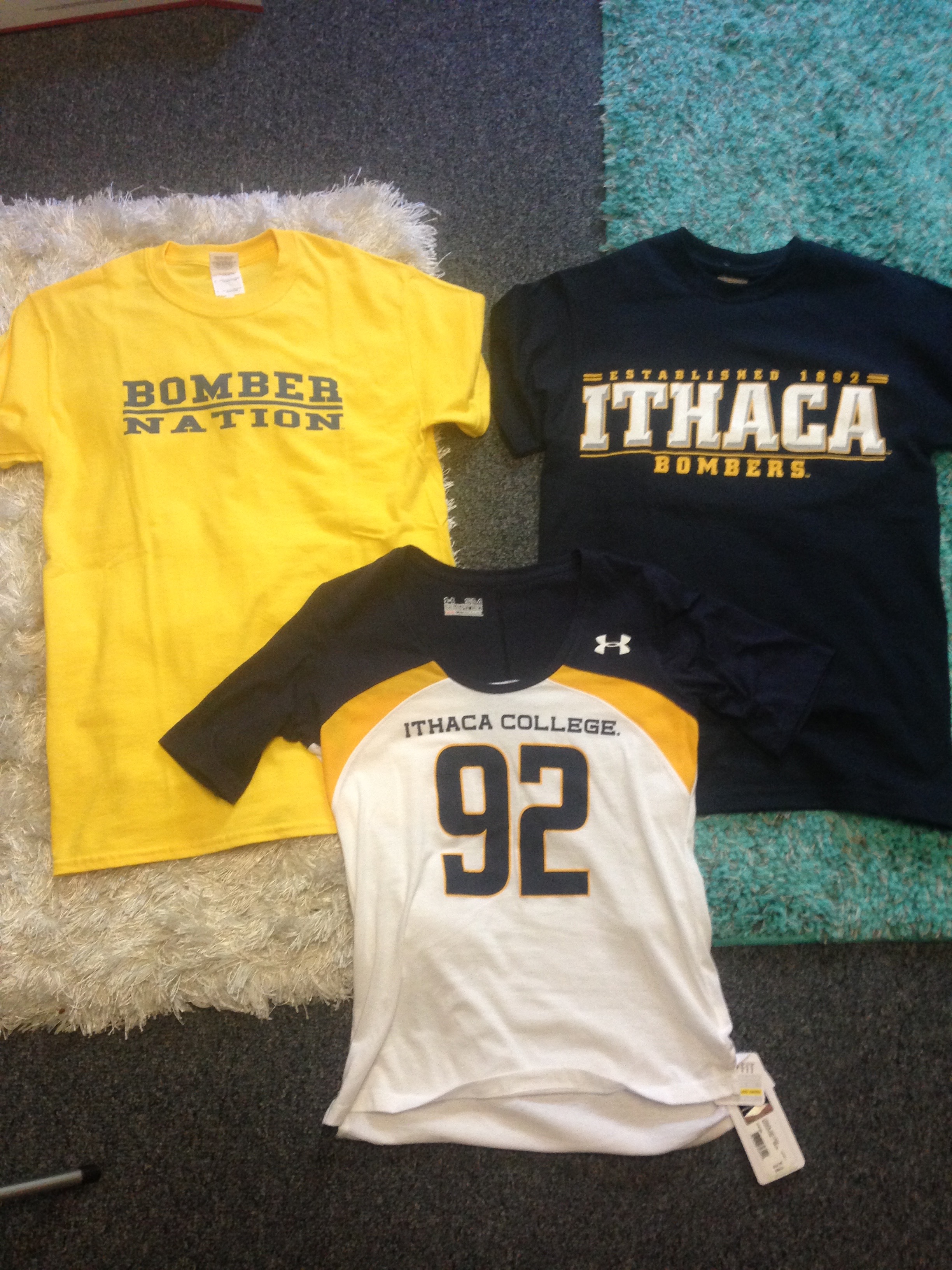 Meaning you will have to wait for a shower at least once because pre-class and post-dinner is actually a very common time for you and your floormates. Don’t forget your shower flip-flops! And don’t always expect to have access to your floor’s bathroom because the maintenance people (God Bless ’em) tend to clean during the most inconvenient times for you – most commonly when you’re in a rush or late for class.

An absurd amount of photos

They will be taken and you will look back on them years from that day and remember all the shenanigans you got into as a first year Bomber. You may also regret some of the choices you made, such as outfits and those random photos with complete strangers. The important thing to remember is it goes quick, so treasure these memories and enjoy it. 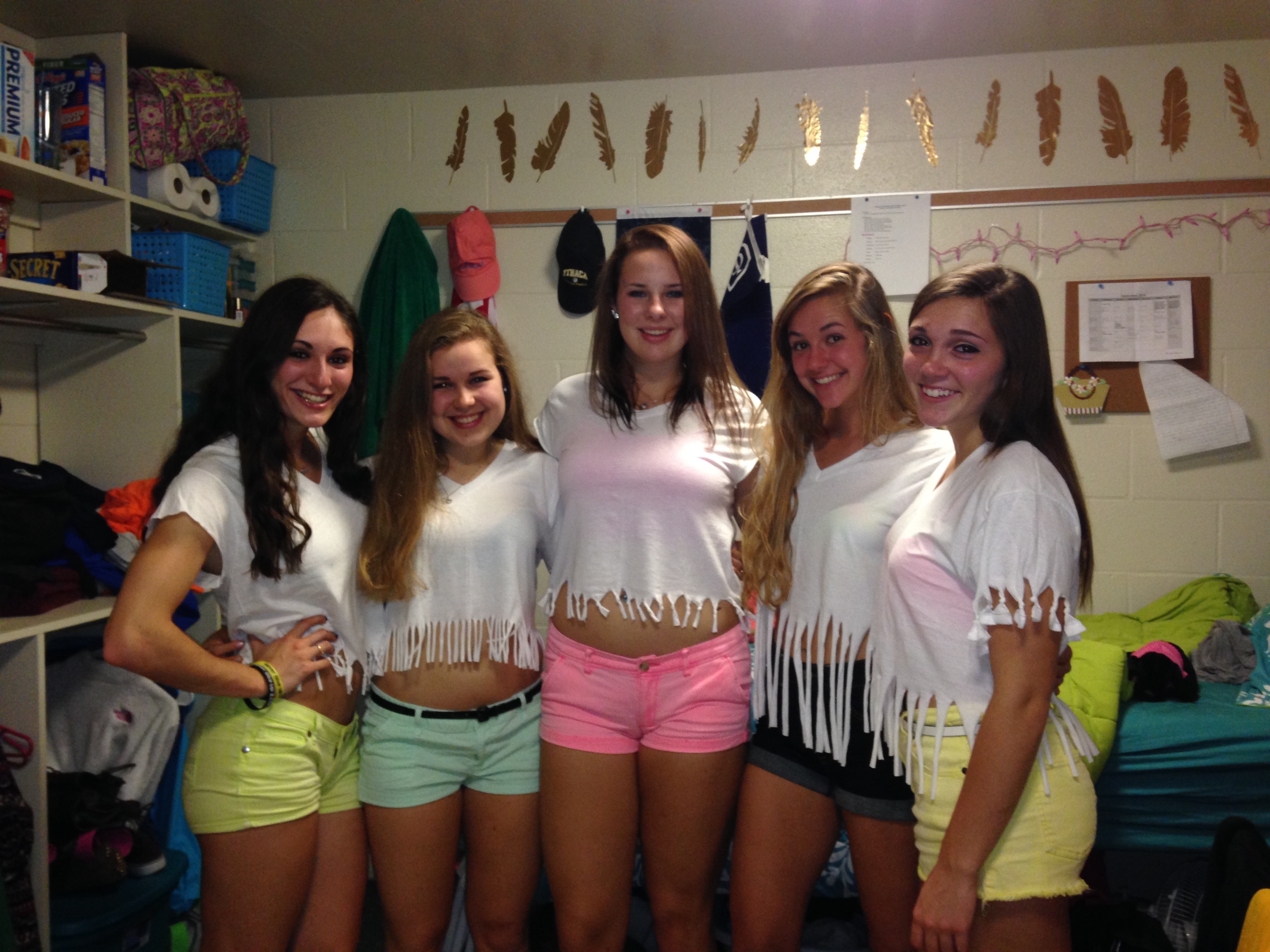